Tim Keefe is not well known by the average casual baseball fan of today since he died nearly a century ago, but he was a giant in 19th century baseball, in more ways than one. His storied career spanned a very formative time during baseball, with his first year being the last year pitchers pitched from 45 feet away, and his last year being the first year they pitched from 60 ft 6 inches away. His father Patrick was a POW in the Civil War, and all four of Patrick’s brothers were killed during the war. Keefe was known by fans and his peers as Smiling Tim, and Sir Timothy. Keefe was the 2nd member of the 300 wins club, and did so in only 14 seasons. He is also a triple crown winner.

Pictured here are my two Tim Keefe cards – 1888 Allen & Ginter, and 1888 Goodwin. Both are graded a “1” (PSA and SGC) due to back damage. The fronts are absolutely beautiful, and free of any damage to speak of! 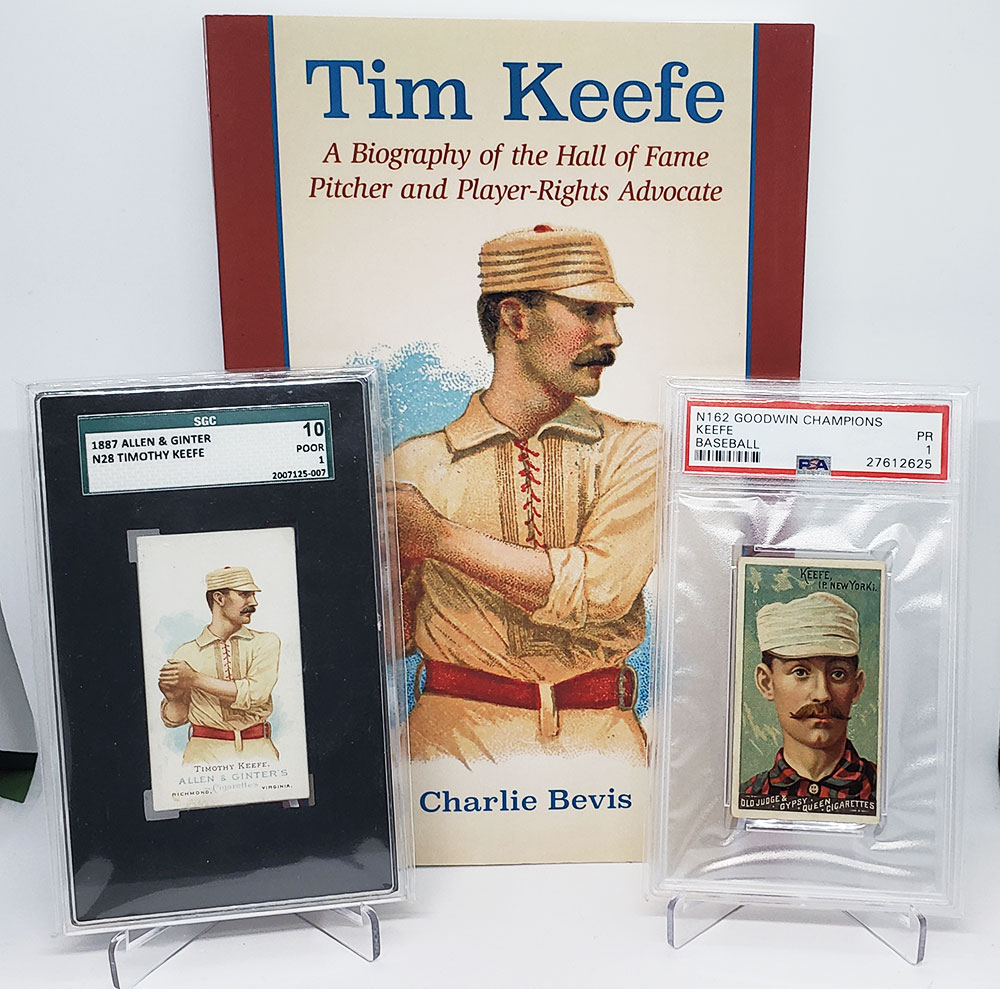