My wife and son are up north for the next several days visiting friends.  It has been strange having the house all to myself.  Instead of family activities, I’ve been filling my time with eating plenty of non organic junk food and catching up on mah stories like FINALLY finishing Parks & Recreation  (though I wouldn’t call Parks & Rec rubbish!)  Actual footage of me this week…

This also means I have more free time to create custom cards for my collection 🙂  For the first card, I wanted to do something fun with one of the new Rated Rookie type cards that have a big gold logo.  (Sorry, Wade Baldwin fans – there are now only 198 of this card in existence.  Grab your copy before they all go up in smoke!) 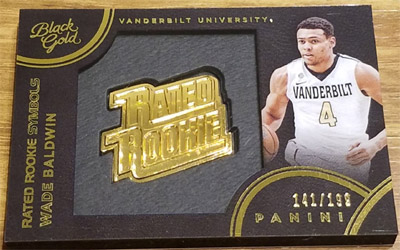 I thought it would be cool to do a Canseco version of this, but I really had my heart set on doing a tribute to the 1986 Donruss Rated Rookies using the gold emblem.  Graphically, the most challenging part about this was the left shoulder.  In his Rated Rookie card, it is covered up with the Rated Rookie logo, and I didn’t want that to show up on my card.

I have the original press photo from the Sporting News Archives of a picture snapped seconds from the iconic Rated Rookie picture. 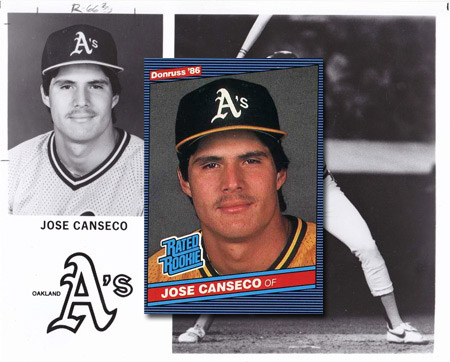 I used the black and white picture to reconstruct the shoulder.  After re-positioning, colorizing and fusing it in, it was ready to go.  Here is the finished product: 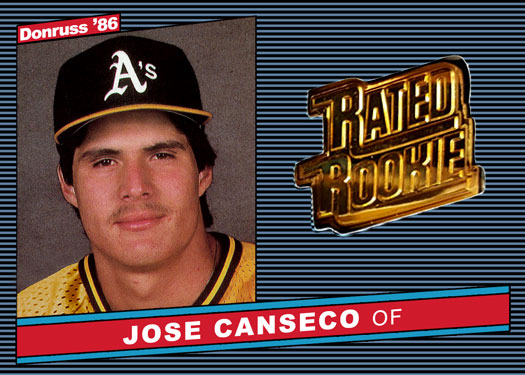 I’ve also been musing about the latest baseball card offerings.  Topps Archives is about to come out, and a friend of mine notified me that Canseco was going to be in it.  I got a chuckle out of the card that showed up on ebay already: 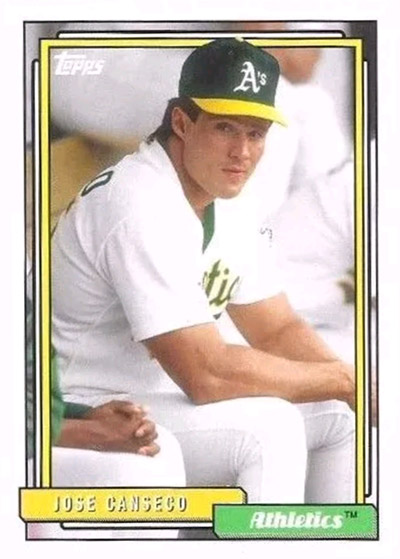 That’s Canseco alright.  Just not Jose.  Yes, friends.  They totally Gary Pettised this one up! (In 1985, The Topps Pettis card is actually of his 16 year old brother, Lynn and NOT 26 year old Gary!) 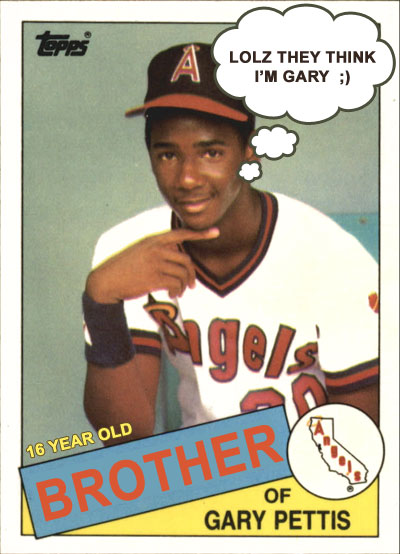 This picture is of Ozzie.  I’m typically able to very easily tell right off the bat which Canseco is which, but you don’t have to be a Canseco aficionado for this one. 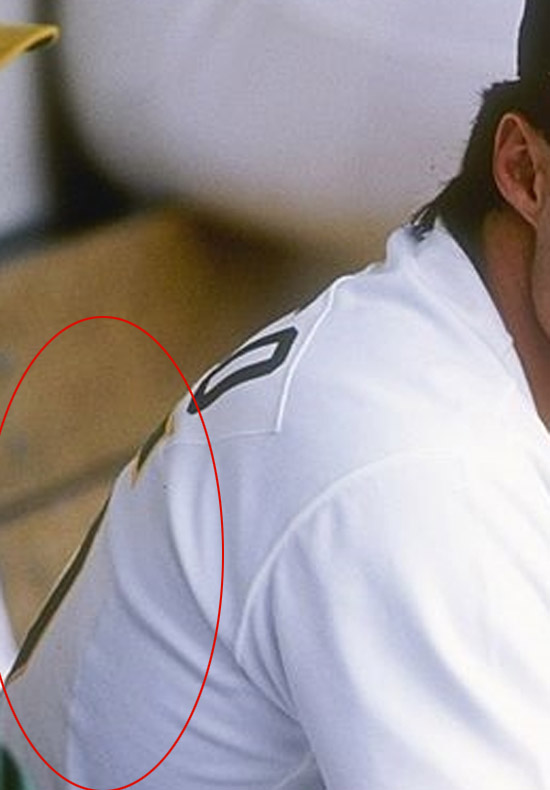 We can’t give Topps too hard of a time for this though, because they weren’t the first ones to be duped by this picture.  Upper Deck used it as well back in 2004: 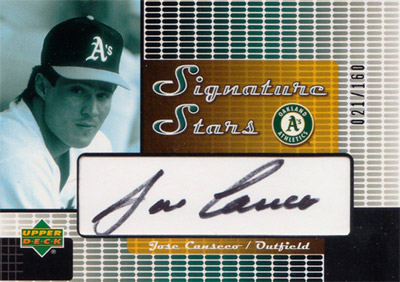 But lets be honest here.  Topps has been KILLING it lately.  Halfway through 2017, we have seen two of the best recently designed cards in Gypsy Queen and Inception.  While I was able to land the best card in Gypsy Queen (err…best Canseco…same difference?!) Inception didn’t have a Canseco.  Since they pump out so much of his stuff, I had mixed feelings about that.  I was happy in the sense that there weren’t another 100 different parallels to chase, but bummed because Inception is gorgeous.  High five to the designers over there!

Yesterday, I decided to try my hand at making my own Inception-esque Canseco card.  After playing around, I ended up coming up going a different direction.  I worked hard to figure out the patch to go along with it, and ultimately opted for my first ever jumbo Laundry Tag custom: 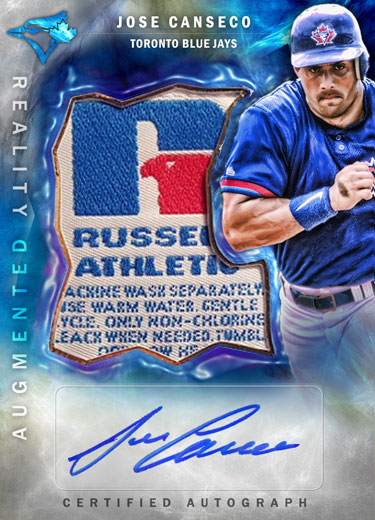 Some Inception cards have similar verbiage as below on the back of their cards, so I thought I’d go ahead and do the same!

The relic contained in this card was worn by Jose Canseco.  The execution of all Jose Canseco player-worn memorabilia is witnessed by Tanner to  guarantee authenticity.  🙂

I am very happy will all aspects of how this card turned out.  I borrowed the name “Augmented Reality” from an old project I worked on while creating something similar to Legacies/football Inception a while back.   After making this, I can say I am very happy that Topps did not come out with a Canseco Inception, because if they had, I would not have had the chance to create what is easily one of my favorite customs in my collection.

While I still have several days to myself and miss my family, I’m sure I’ll be able to find ways to keep myself occupied.