Last Tuesday, I was writing about how I bought a card off ebay, and the seller refunded the money, then turned around and sold it to someone else who contacted them after I bought it, saying they would pay more for it.

As a quick re-cap, here is the card: 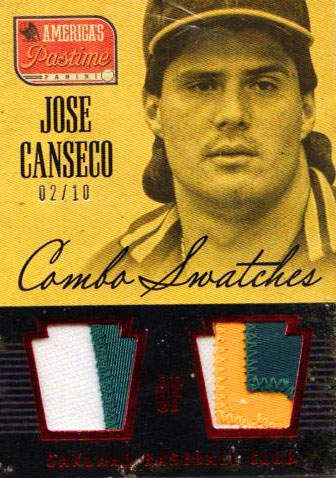 Beautiful, huh?  It was the same day I secured my 1990 Donruss Aqueous, but I was really looking forward to this gorgeous # to 10, dual patch card of Canseco also.

With this release, Panini broke the several year silence of Canseco jersey cards.  I remember seeing the first “major” jersey card of him in years from this set in 2013, and I was very happy.  Well, last week, when I saw this online, I didn’t even know it existed.  The dual patch setup is SWEET!  Heck, how many dual patch cards of one player do you see anyway?  I was sick of seeing cards like this of him being produced:  (Yes, I have this one too and actually.) 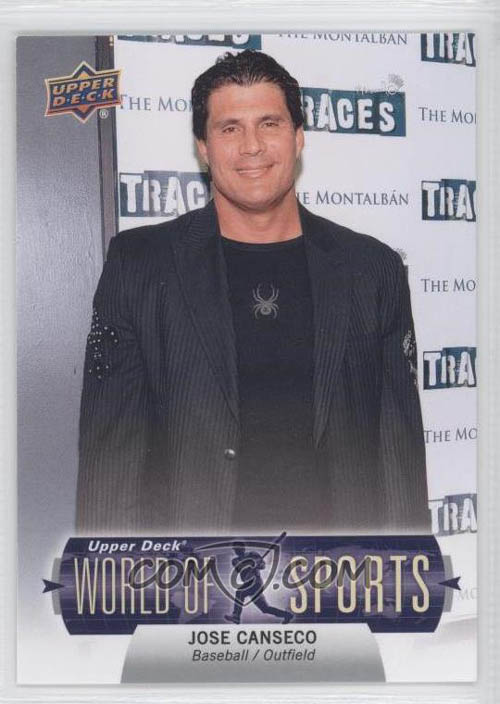 As you may recall, I was bummed out like crazy.  (I’m probably preaching to the choir – you surely know my pain for missing out on a card that is “supposed to be” yours.)

I found out it was going to a fellow Canseco collector who is also a friend.  We will call him Harry.  (No, that isn’t his real name, and if you guess who it is, I will flatly deny any guesses – right or wrong, so don’t try!)  I had my concerns that he was the one who contacted the seller to buy it out from under me, but he calmed those fears.  He ended up calling me and said I was welcome to remotely log into his computer to check his messages, if I had any doubts, but I declined.  That action is something you would expect from an enemy, not a friend.

In the end, I still didn’t have my dual patch card that I had rightfully won – and it was killing me wondering who contacted the seller and convinced him to sell to him instead of just sending the card to me like he should have.

After a few days, I cooled my jets, reminding myself it was just a piece of cardboard.

And a few pieces of fabric. 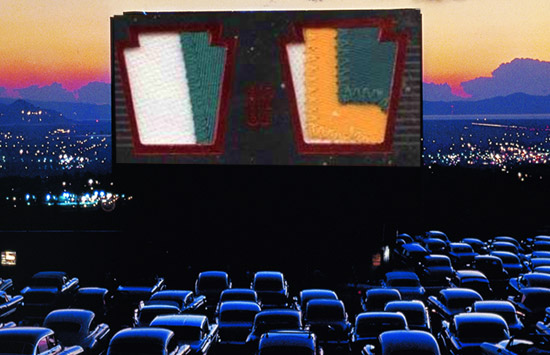 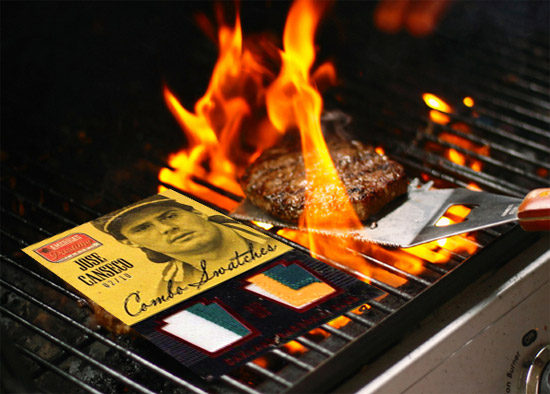 Okay, okay, okay – I promise, I was doing better than how I am making it sound.  There are far too many things to be concerned about in the world than this.

(Like finding and hunting down the DOG who did this to me!!!)

NO!  Not my intent at all.  It really did make me wonder though.  What happens to other cards down the road that I want … and buy?  Is nothing safe?  Who really did get this from me?  Was it Harry?  Nah, can’t be – he offered for me to check his computer.  But then again … he wouldn’t have expected me to get on his computer.  Ugh.

And this, my friends, is where the story takes a turn.

I got a message from Harry:  “The Canseco card was cancelled per you.  Oops.”

I had absolutely ZERO idea what this meant.  Initially, I thought one of two things.  Either:

1)  He cancelled because it should go to me (which I was hoping he would do anyway.)  OR
2)  He thought I had convinced the seller to do the right thing and sell to me instead.

While I was fine with either one of these options, I was pulling for #1.  I also knew one thing may be possible:  THE CARD WAS BACK ON THE MARKET!!!  Harry’s cryptic message put me into action.

Should I keep an eye on ebay?  Should I message the seller that I just neg’ed and reported to ebay?  I opted to message him, and just like that – my hope vanished into thin air.

I asked “Word on the street is that the card may be available.  It isn’t fair, but I’d be open to paying full price for it.  Please let me know.”  I was on the way to the store with my wife at this point, and was kind of floating through the aisles, full of hope.  The kind of hope you get when your wife is in the mood for picking up some of that delicious salted caramel ice cream.

My phone notified me of a response.  It was him!

“Harry told me how much it is worth and how much he would pay. Witch was 50 dollars.”

There you have it.  The card was now lost forever.  I was intrigued now though.  What did he mean Harry was lying?  So I asked.

He went on to explain that after I had purchased the card, Harry contacted him saying he would pay more than I did.  He then said that Harry requested he lie to me saying it wasn’t him.  I went back and forth, and the seller was gracious enough to tell me everything he knew.

My thoughts went two ways:  I was upset that Harry had stabbed me in the back, but I also felt blessed that I was able to find out who did this to me.

I stewed for this over the next few days, not knowing how to approach Harry with this.  He could, after all, just flatly deny it, and say the seller was lying.  I opted not to say anything until he reached out to me – if he ever tried doing so again.

A few nights later, he did.

I ended up telling him that I knew everything, and while he tried to skirt around it a few times, he ended up calling.  Not sure if he was going to try and tell me off for not believing him, or what – I decided to pick up.  I’m not big on confrontation, but this needed to be hashed out, no matter which way it was going to go.

I was pleasantly surprised.  Harry fessed up and apologized profusely for doing so over the course of a few hours.  He said he was horrified that he had acted that way, and that it was me he did it to.  Harry mentioned that he did not know it was me until after he had contacted the seller, and assured me there was no malicious intent toward me.

As it turns out the message from him “The Canseco was cancelled per you.  Oops” was not even meant for me.  He was talking to someone else about an entirely different subject!  It is too funny that this whole thing came out due to a wrong message.

When all was said and done, we had agreed to do a trade.  So yes, folks!  That means I got the card!  It came in today.  It cost me a very nice Canseco autograph, but one I hope to replace shortly.

I really wished it would not have cost me the autograph, but in the end, it is a small price to pay to retain a friendship.  When it comes to this hobby, I try to live by the motto “people before cardboard”.  While I can’t guarantee that I will never fail this standard, I would say that it worked today.  In the end, I was able to get the card I wanted, and Harry is happy as well.

****SUNDAY BONUS RIP-OFF COVERAGE****
This story is running long (as do ALL of the stories I write), but I figured this is worth documenting as well.  A few months back, I sold a small racing lot to someone on the boards for $28.  3 days after I shipped, the seller wrote me in a rather irate manner, stating I packed the cards wrong and they are damaged.

I asked for a picture, which he obliged.  After looking at the pictures, I didn’t notice anything too terribly wrong, but regardless, I told him to send them back and he would get a full refund.  He agreed, and for the sake of customer service, I refunded him right away.

As it was a small transaction, I nearly forgot about it.  After a few weeks, I checked in.  Nothing.  A month … nothing.  Finally, after nearly 2 months (3 days ago) I wrote him via email, and on his ebay account (yes, is selling on ebay while not writing me back!)  I told him I need my cards or money back ASAP – that I was sure it was an over sight, but it needs to be addressed right away.

Three days go bye.  I keep thinking seriously … who can’t take care of their responsibility like this quickly?

I hopped on ebay, and was determined to purchase an item from him in hopes of getting his attention, anddddd…..

Yeah, I know – that is harsh and obviously I wouldn’t have wanted that for him.  Hey … $28.  Not gonna break the bank, but at this point, I knew this guy was trying to take my cards/money and run, and that boils my blood more than his inability to take care of business.

So, I simply wrote him stating he has 24 hours before I file a police report.  Lo and behold …..

No other words were said, but I’m happy to put this chuckle-butt in my rear view mirror.