My Story Made it to Beckett Online!

So, it looks like my story was picked up by Beckett! I hope to be in the hard copy magazine as well.

Since they posted a few pics of some customs I had signed, I guess I’ll continue on with telling about them!

In typical unorthodox mouschi form, I destroyed $20 worth of Canseco rookies to make a booklet.

At long last, here it is … autographed! If you don’t read the above link, it probably won’t make sense, but for cliff’s notes, a few people were nice enough to send me some of their beat up Canseco rookies for free so I could hack them up, and make a booklet which included a piece of each major rookie card from Canseco.

Hmmmm, I seem to recall Topps cutting up some weird things too for their latest minor league release.

Anyway, here she is!

Next up, is a card I took cuts from Canseco’s 2 books. Here is what it looked like: 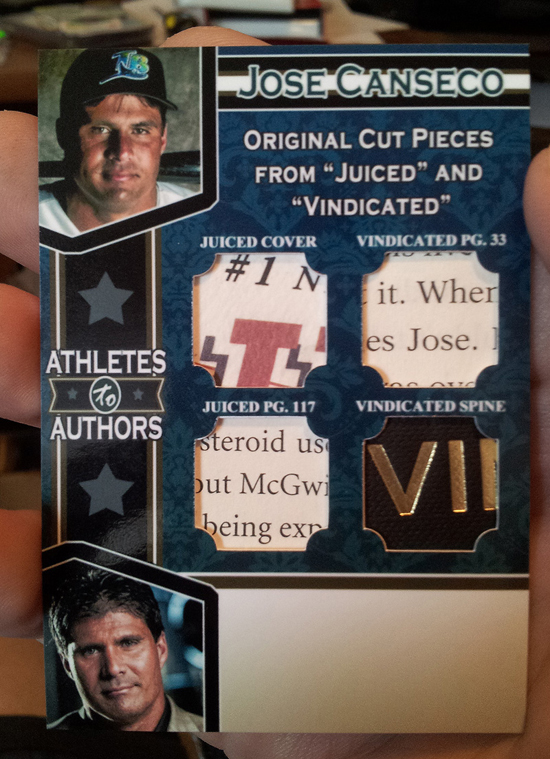 When I was done, my wife said “that looks great, but you named it ATHLETES to authors … where is the baseball stuff?”

So I re-did it and came up with this. 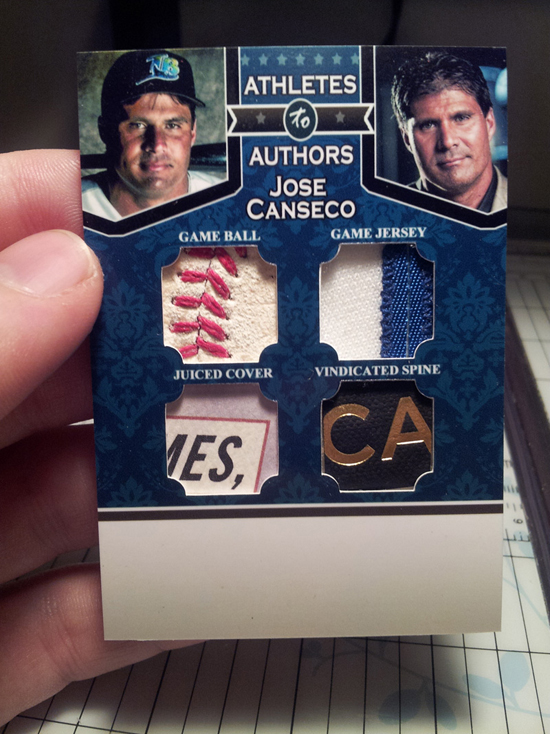 What I used is ALL legit Canseco stuff … except for the ball. I got that from the game my family and I went to for my birthday. The memories were great enough that I decided to forego using a game used ball I picked up from a game Canseco was in.

So, here it is signed! 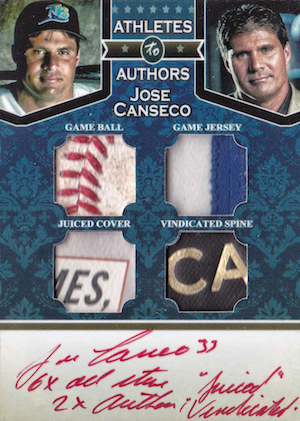 It is one of my wife’s favorites. It is inscribed 6x All-Star and 2x Author. When he was done with that, he asked “Do you want me to write in Juiced and Vindicated also?”

Oh, and for those of you interested in checking out the beckett writeup, here you go.