In 1996, Fleer went wild with inserts for their Ultra offering.  Among the rarest is the 1996 Ultra Home Run Kings Gold Medallion.  Yes, Fleer didn’t think inserts were enough – they had to do parallels of the inserts that were quite literally 10x harder to pull!

Collectors were treated to a number of inserts, but a standout would be the wood parallel: Home Run Kings. 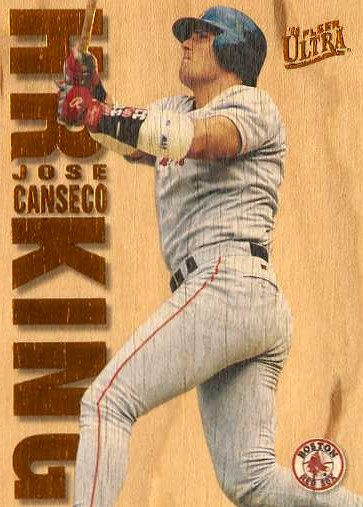 Seeded 1 every 75 packs, the gold medallion could be found 1 every 750 packs. 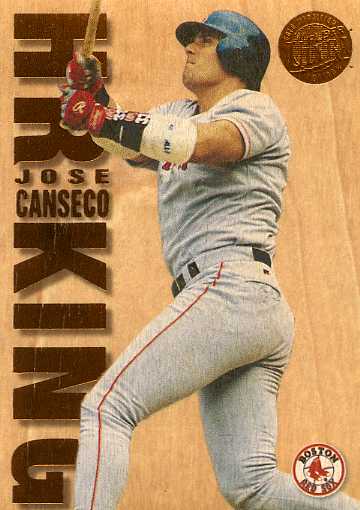 A little detail that probably didn’t seem like a big deal at the time has become a huge deal as time when on.

Reportedly as a last minute change, Fleer didn’t like how the foil printed on the wood, so instead of just letting it go or pulling them altogether, Fleer slapped an exchange redemption form on the backs of the “defective” HR King cards, so collectors could fill it out, and send it in for the “fixed” version. 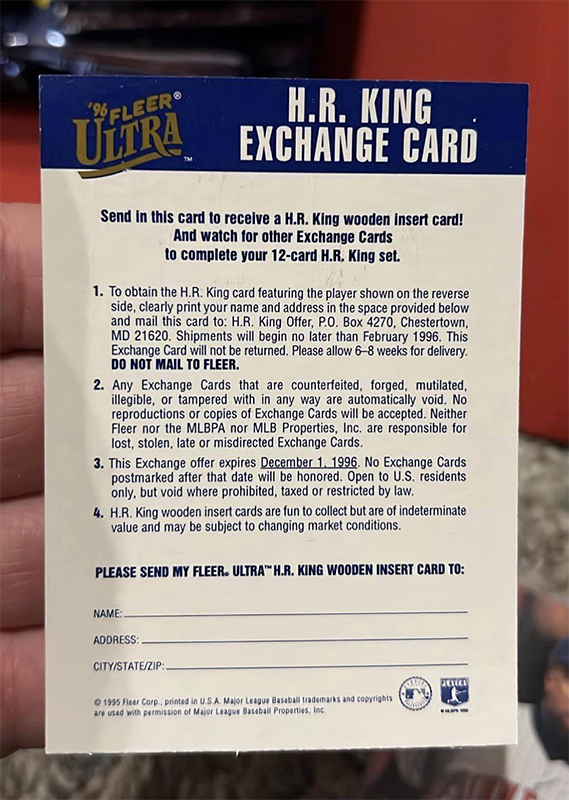 Nearly 30 years later, the exchange backs of the Gold Medallion cards are extremely difficult to find, and for the most part, only true 90s aficionados know about them.  I know player collectors that have been after these for DECADES, and haven’t ever seen one.  For years and years, every time I saw an HR King gold medallion, I’d click every listing and check the back.  I never found one.

Last year, a Canseco hit eBay (via comc) and sold for a song at $120.  It was the first one I had ever seen…and I missed it.

Recently, a guy I know pulled one – making it the second Canseco I had seen in the same year … I had never seen another before!  I landed it, and couldn’t be happier.

I compared the one that sold last year, and mine, and found that they were pretty significantly different from each other in terms of finished. 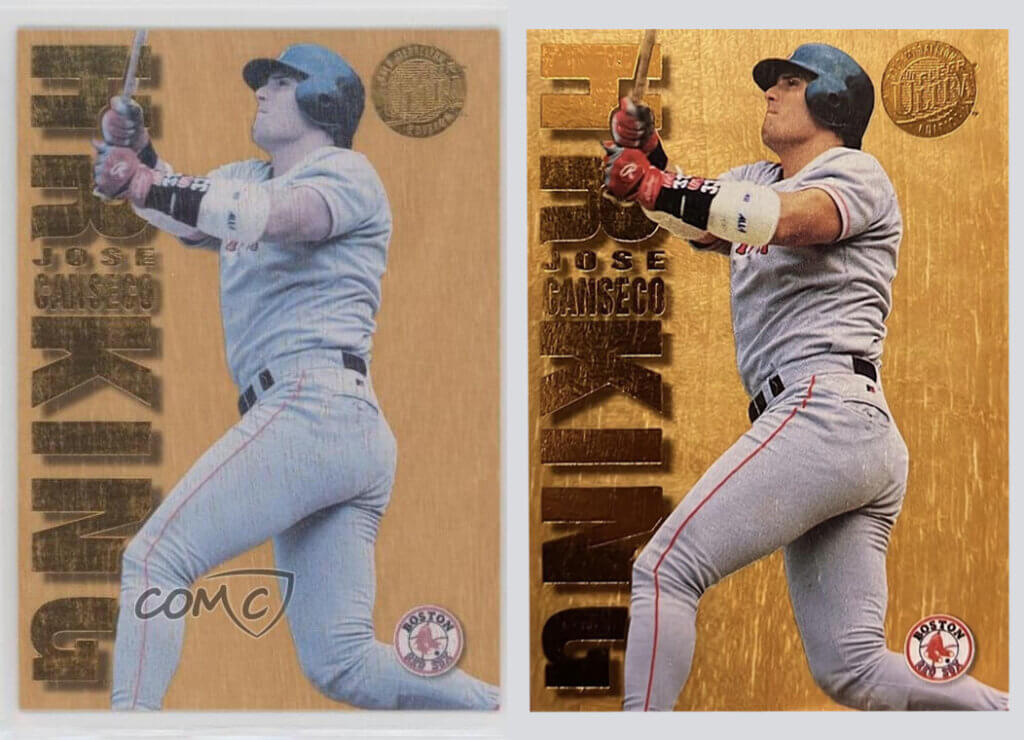 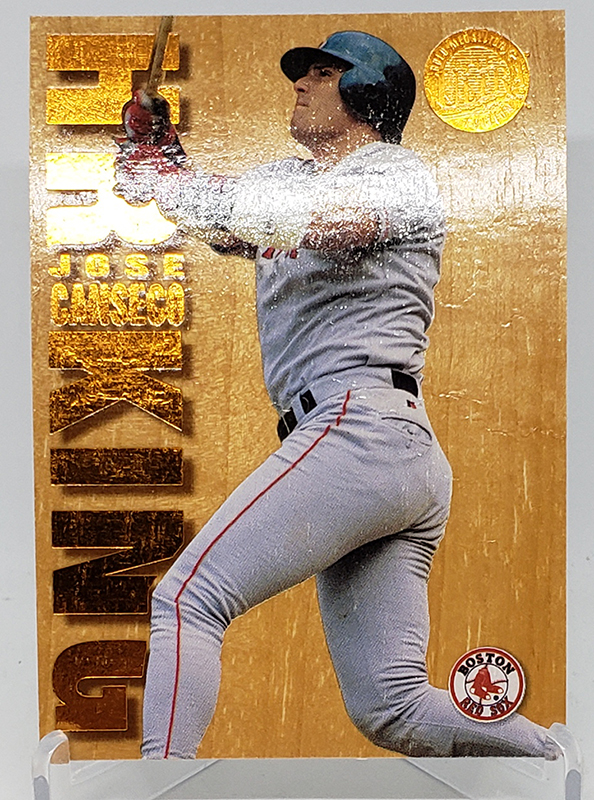 It looks as though Fleer varnished the entire front of the wood card, making it glossy!  This is completely different from the redeemed versions.  It is my belief that Fleer tried various techniques to get the wood cards to look right, and when they couldn’t come up with a good solution, they just packed out all of them as exchange cards.

Perhaps the craziest of supercollectors may consider these as variations and will want to go for one of each, but as for me, I’m super happy with my copy.

As an added bonus to it being perhaps the rarest Red Sox Canseco card, the fact that it is wood makes it extra special – and that is *exactly* what I want in my collection – a monster 90s cards that stands out from the others.