Remember when Canseco shot himself in the finger? I created some customs using the bullets!

“You know, it’s funny,” Canseco said. “I didn’t realize I had shot my own finger off. … Canseco then attempted to minimize the blood loss by lifting the hand over his head and squeezing on his wrist. He went to find his fiancée and told her, “Listen, I’m sorry, but I just shot my finger off.” 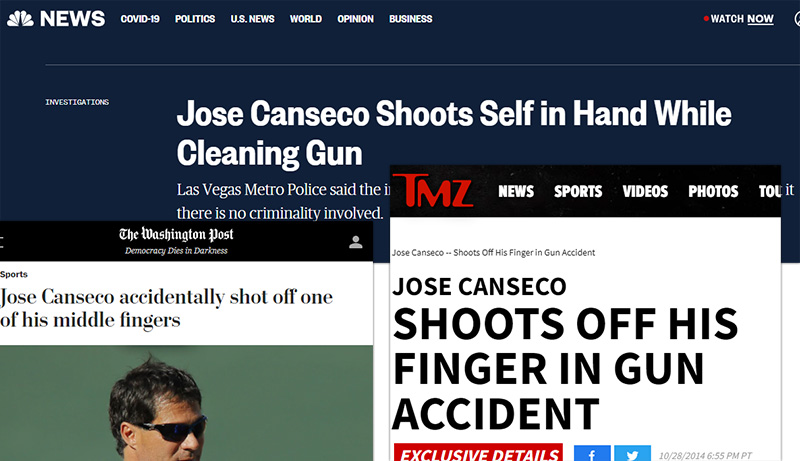 In 2014, news broke that Jose Canseco accidentally shot himself in the finger.  This all happened in the middle of my negotiations with his manager to do a private signing with him.

Jose played on a team in an independent league, and as a promotional item, they gave out these foam hands with the middle finger cut off: 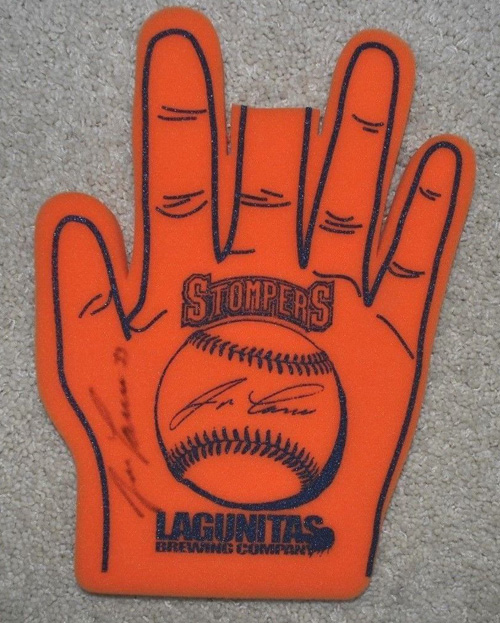 A month or so later, a video surfaced of Jose’s finger falling out of his cast while playing poker!  It was a joke of course, but it was great to see Jose have fun with it.  A series of tweets followed …

When this happened, I had a TON of people messaging me, (some jokes, some not) saying I should reach out and get his finger to make a card out of it.  I thought that was funny, so I made a mock up of one back in 2014: 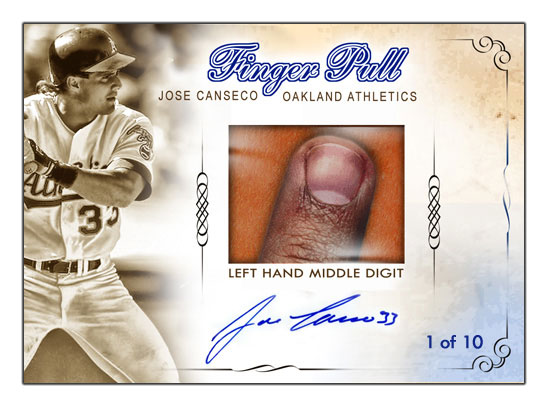 As a side note, I made a finger card of a different kind … a Rollie Fingers card with myself inserted in the card as well: 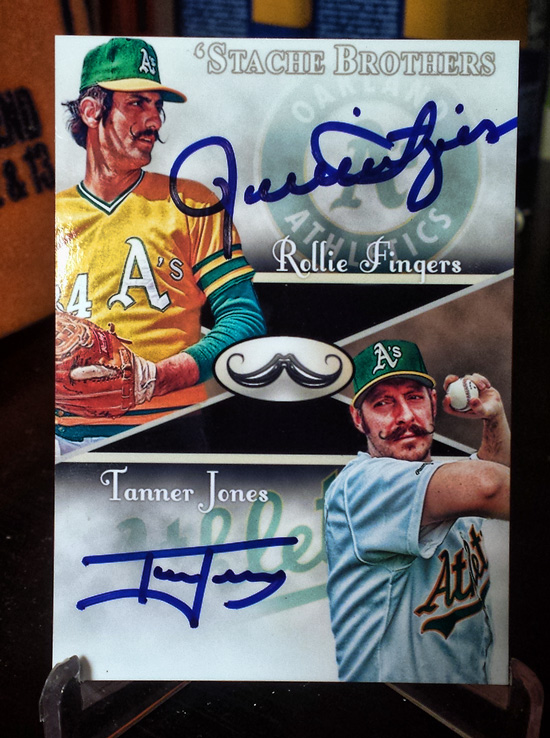 Over the years, I’ve found that I love doing weird, quirky cards.  Don’t get me wrong, I LOVE patch cards – but doing unique cards are super fun.

While I haven’t done a REAL finger card, I did get my hands on a finger print, and made this for my buddy Nick (he grabbed two finger print baseballs – one for me and one for him): 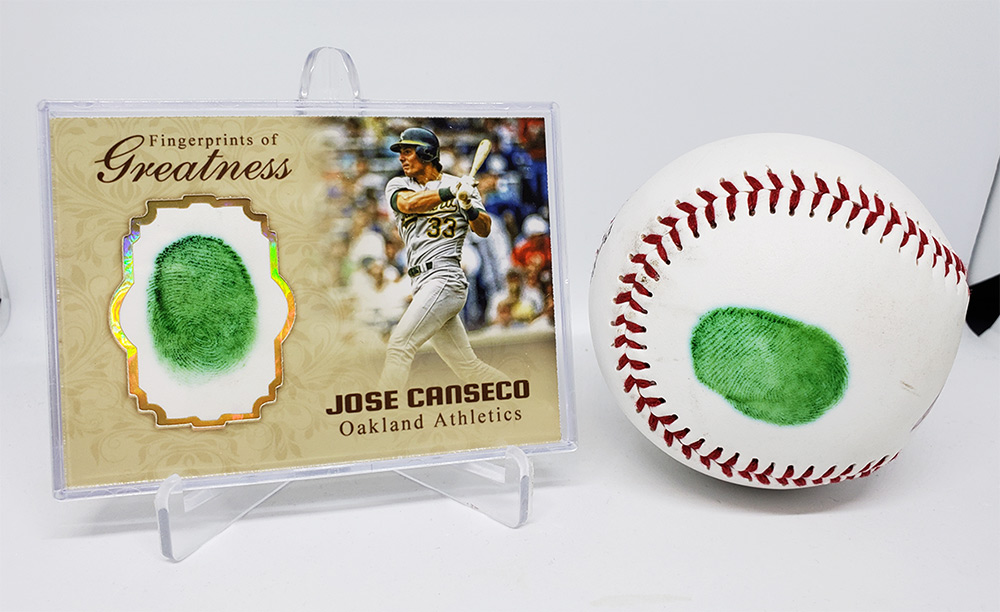 A few months back, news broke that a buddy of mine actually bought THE gun that was involved in the shooting accident … 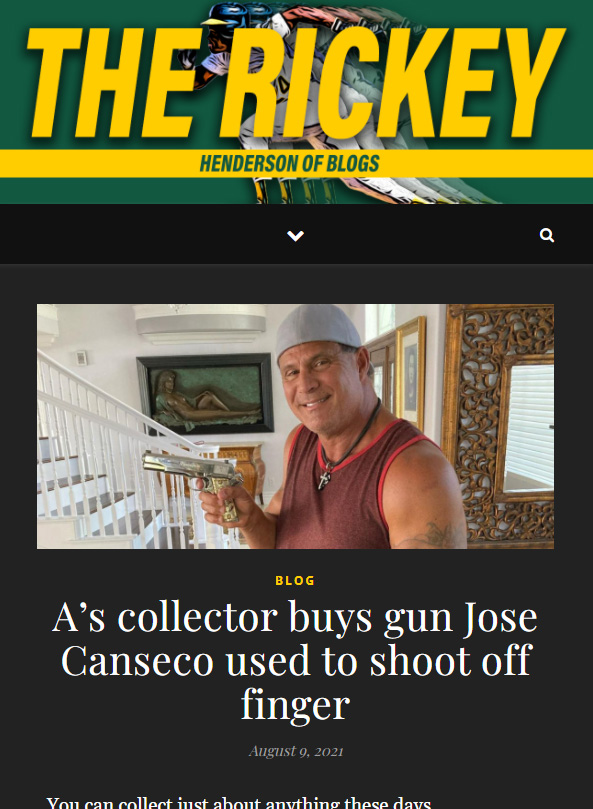 Here’s a video of Jose telling Andrew  about it:

My buddy Mark reached out to my buddy Andrew who bought the gun and said “Hey Andrew, what do you think about sending Tanner three bullets from Jose’s gun to create a custom bullet card for each one of us?

Andrew thought it was a great idea, and sent some over!  Yes … these three bullets are from the exact same clip in the exact same gun that caused the mishap! 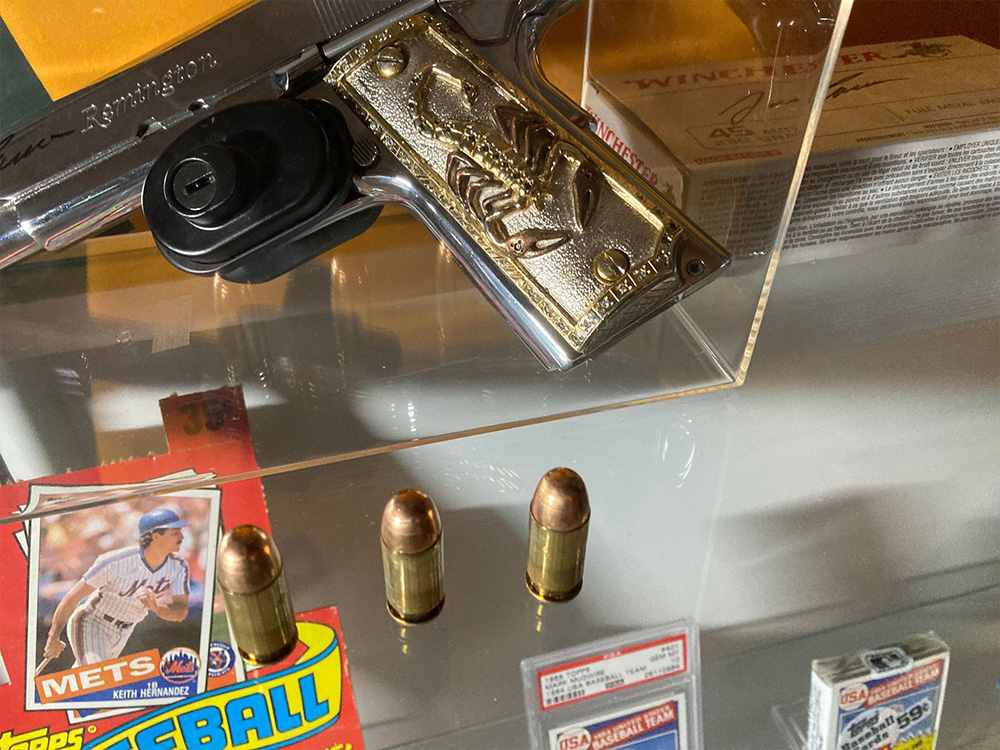 I wanted to do something super special with them, and in the process, my printer broke 🙁  I pushed through though, and came up with these.  At 1/2″ thick, they are the thickest cards I’ve ever made! 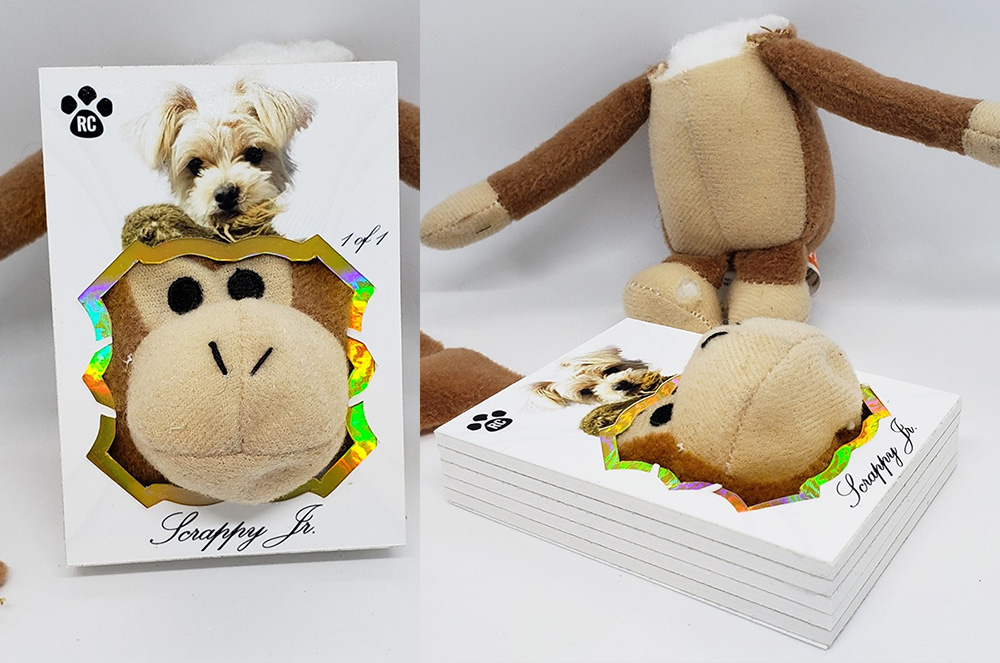 But in any event, I’m SUPER stoked with how these turned out, and can’t wait to see these signed!  Never in a million years would I thought I’d have a card with an actual bullet from the clip that was in the gun that made headlines years ago. 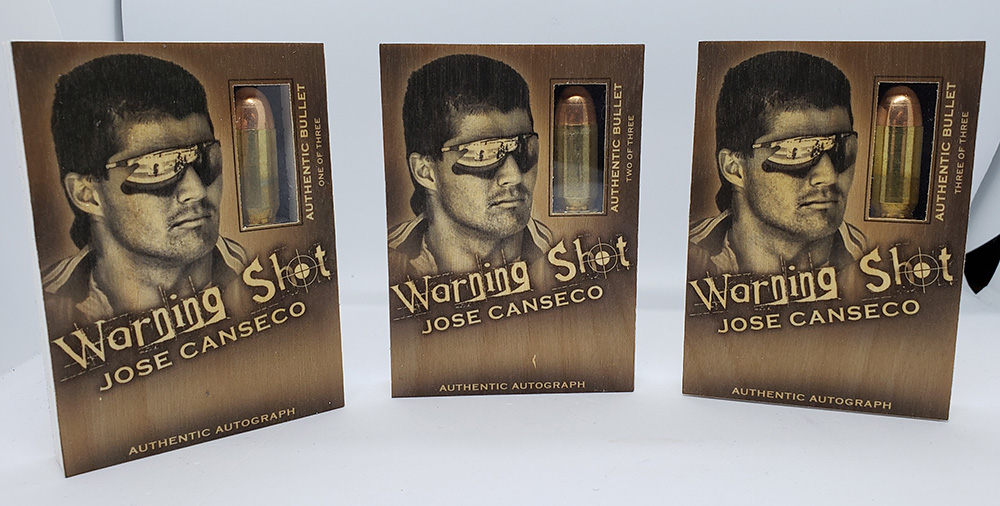 Thank you, Andrew and Mark – you all had a great idea.  I’m glad to have been a part of it!

Here is a video of them:  https://www.youtube.com/watch?v=gMZttgF7DWc