Meeting an Online Friend in Person for the First Time

Baseball wasn’t all that interesting to me in the mid to late 90s.  Sure, I’d check in on the 1998 home run race between McGwire and Sosa, and while I was at it, I’d keep tabs on Canseco, but that was it for the most part.  By the way, I’d check these things through the newspaper.  The internet was just beginning to pick up steam.  Around this time, I thought it was a super intriguing idea to create my own website, though I wasn’t sure why.  To have a place in cyberspace where people could visit and get to know more about me was super fascinating.  Imagine how my head exploded when MySpace came around years later!

This isn’t a screenshot of what I did, but might as well be.

No, mine probably looked way worse. 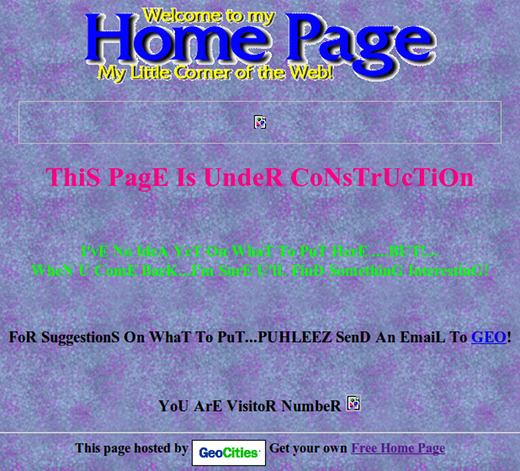 Surely I had an obnoxious background, different color fonts, etc.  Of course, no 90s website would be complete without a dancing baby!  I also found a way to play a midi file of “Chick Magnet” by MxPx in the background.  I thought that was the coolest thing ever, until I found out some of my friend’s parents installed filters on their internet, which in turn blocked my website – apparently because of the word “chick”!

I don’t recall too terribly many other websites I visited back then, but one I do remember is  www.CansecoNet.com – Apart from baseball cards, this was the best way to get my fill of pictures, stories, and more of my childhood hero.  This website was, to my knowledge, the only shining beacon that linked me to Jose online.  It was the go-to place for all Canseco fans on the world wide web.

The website was built by Mark Petrillo, a man who would follow Jose around during games and hold up a massive target in the outfield, in hopes of Canseco hitting a moonshot.  I’ve mentioned this before, but Mark was running a contest to see who could guess Canseco’s final stats back in 1998.  If you look at his website, you can see 17 year old Tanner doing his best.  I actually did pretty well.  Check it out! 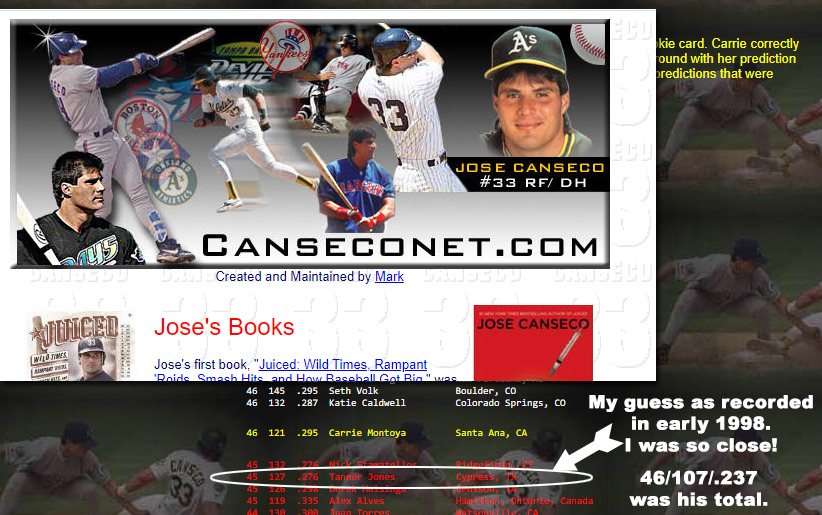 When I got back into collecting – specifically Canseco cards, I wanted to check and see if CansecoNet.com was still up.  No way, Jose … right?

To my surprise, it was still up!  In 2015, I decided to reach out to the man Mark Petrillo himself to see if his website was for sale.  Sadly it wasn’t, but we stuck up a friendship.  Mark wasn’t actively collecting much anymore, but eventually got into base cards, and even bought my entire base run of Canseco.  From there, he progressed further into Canseco autographs.  Mark now has a very impressive run of pack pulled signatures – many of which have come from my collection.  (Psst…Mark…remember me if you ever decide to part with them – there are some I’d love back!)

We tried to connect a while back a few times when I took my family in his neck of the woods during vacation, but nothing materialized.

As fate would have it, Mark and his fiance were in the Houston area, and asked to come over.

This is actually new territory to me.  Never have I ever met another Canseco fan in person from online, and have certainly never had anyone that was a Facebook friend come over to my house.  This was different, though.  At this point, I’ve known *of* Mark for nearly 25 years, and we have known each other for over 6 years, so I felt comfortable enough with them coming over.  I didn’t quite know what to expect.  Still, I didn’t quite know what to expect.

We all had a great time, and my family got along really well with them.  As an added bonus, his fiance (Hi, Meghan!) really likes my Transformers.  She’s a keeper, Mark! 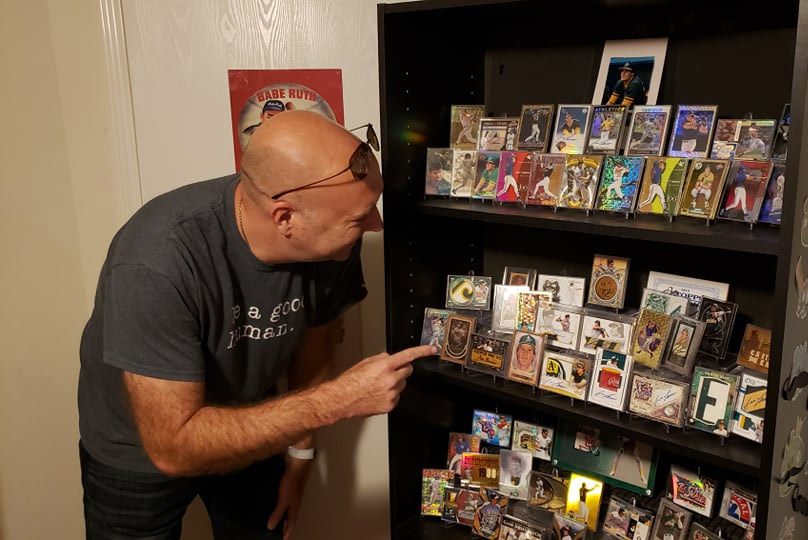 Only two other people have seen some of my Canseco cards in person.  My brother in law, who couldn’t care less about Canseco, and gravitated toward my vintage (for some reason, he appreciated Babe Ruth more than a Canseco barrel – gasp!) and my old mechanic, who didn’t care about any of the grail cards – he was ALLLL about the 86 Donruss Rated Rookie.

This was the first time that I was able to show my Canseco collection in person to a legit Canseco fan – someone who would drool over them as much as I do.  That was an absolute blast.  Not only was it a blast; it was special.  Sharing pictures of our collections online is great, but crossing the line from virtual to in person is a different level entirely.

Never in a million years would I have ever thought I would have someone over from Facebook, but I’m glad I did! 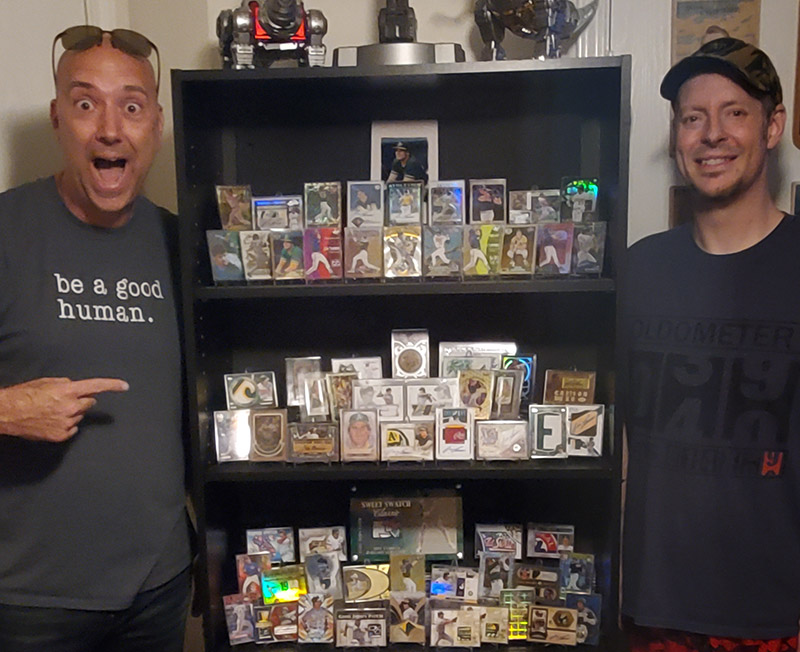 Thanks for coming over, Mark – it was nice meeting you all.  Next time, it’s my turn to see your collection in person!