Earlier in that game, the legend of Jose Canseco grew when he hit his first ever grand slam on the biggest stage in the world of baseball: Game 1 of the 1988 World Series.

The Home Run wasn’t run of the mill, either. It was a 400ft line drive missile to straight away center field, and actually dented the NBC camera it hit! (Here’s a video of it: https://www.youtube.com/watch?v=sxLrDqpwYn8 )

In 2003, Topps commemorated this missile grand slam by creating a Canseco card for it. Shown below is the rarest version of it, which is numbered to 25 and autographed on card.

Next to it is a 2014 Strata custom I created years ago – I actually forgot about it until I was photographing the 03 Tribute Gold! I created it because I held a redemption for the “real” card that was supposed to be made, but never was. That was a major disappointment, so I ended up creating my own (that’s why it says PROXY at the top) 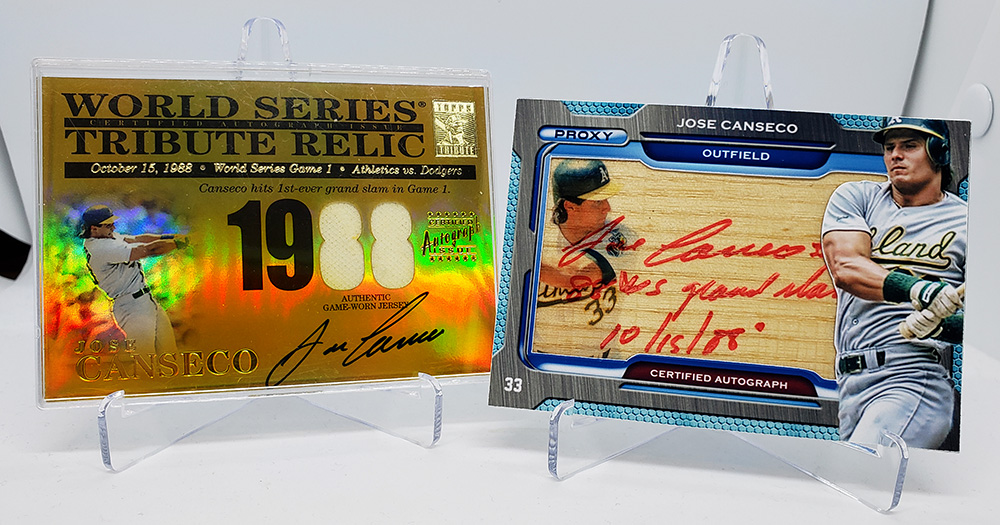