On October 6, 2001, Jose Canseco played his last game in the majors, wrapping up an injury riddled career at the age of 37, while racking up several awards:  Rookie of the Year, 4 Silver Sluggers, 6 All Star Game appearances, 2 World Series rings, and MVP.

During his playing career, collectors only had a couple options for picking up a game used patch card of his, as these types of cards were new to the hobby.  Over the next few years after he was out of baseball, companies really started ramping things up, and Canseco collectors were treated to a number of different patch cards.

Then he wrote a book. 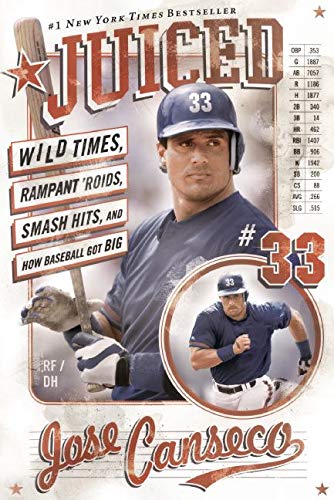 In 2005, Jose released his tell-all book about being blackballed from baseball, and also named names.  Just like that, it seemed like he was also blackballed from baseball cards, as 2005 ended up being the last year where he had a significant amount of cards being released for a number of years.  Seriously – 2005 gave us over 250 new Canseco cards.  Not counting 1/1s or multi player cards, 2006 dropped down to 13,  2007 had 1, and 2008 had zero MLB licensed cards.  It didn’t get better for the the following several years, either.

Many of these releases have several parallels of the same card, with nothing different from card to card beyond the foil color.  If you count unlicensed cards as well, cardboard production of Canseco ballooned to 470 different cards in 2018 alone – far more than any other year before or since.  By this time, it was clear to Canseco collectors that the card collecting landscape had drastically changed from pre-2006.

Beautiful.  Elegant. High End.  Exquisite in every sense of the meaning.  The set boasted thick card stock, beautifully etched gold foil, and most importantly for Canseco collectors, a card of Jose Canseco – FINALLY!  This set was supposed to be released not as a standalone product, but rather similar to 1998 Donruss Crusade – that is, they would be randomly inserted over a number of different Upper Deck products for 2010, starting with Upper Deck S1, then SPX, SP Authentic, Goudey, etc.  At least for Upper Deck S1, the Exquisite cards would be case hits.

In 2009, Topps was granted an exclusive license, but Upper Deck went ahead and continued about their business, anyway.  MLB sued them because of it, and due to this, Upper Deck was ordered to halt any and all MLB products beyond 2010 Upper Deck Series 1.

Because of this, some Exquisite cards have come to market, but not nearly as many as the serial numbers show.  The base cards, for example, are numbered to 75, but there are reports of only 6-7 existing. 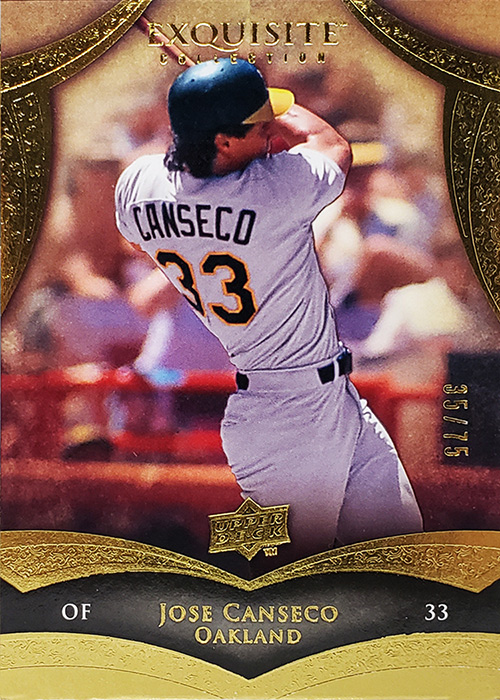 Single patches are numbered to /50, yet only /5 are reported to exist, and, according to my research, double, triple, and quad player patch cards exist with a print run between /4 and /5. 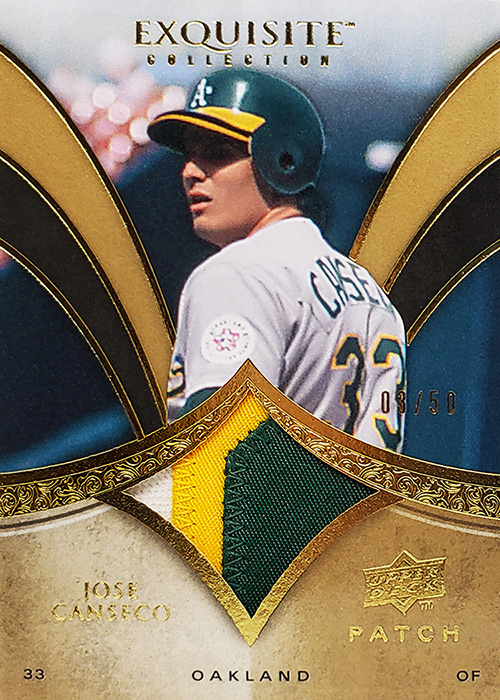 While 2010 Exquisite did give us two new standalone cards of Canseco (there is also a dual with Eck, and a triple with Bo & Mattingly), none of them were even supposed to be released, so the minuscule availability of each made it impossible to satisfy the demand.

What happened to the baseball card landscape beyond 2010 took Exquisite – a highly desirable product – and made it even more desirable.  They were born in the middle of an eight year licensed card drought for Canseco, are extremely beautiful, aren’t even supposed to have been released in the first place, are extremely hard to find, and don’t have parallels – if you find one of them, that’s it!  No different versions with different color foil.  It is quite possible that every single copy of each are locked up in player or set collector collections.

All of this is what makes 2010 Exquisite Jose Canseco baseball cards so special:  extreme rarity, no parallels, high-end beauty, and an incredible back story.  Those who know the set will agree – they are far more desirable than the vast majority of newer 1/1s from the past decade or so.

Within the past year, I was able to find a base card on eBay.  I had never even seen one for sale before, so I was quick to buy it.

About a year ago, I embarked upon making a trade with someone for what I consider to be the crown jewel of the entire set (for Canseco collectors, anyway!)  the single patch.

Gahh, it is perfect.

After throwing up trade offer after trade offer over the course of several months, a deal was finally struck!  I knew it had to go big, as the others were likely locked up in collections.  I had to give up multiple 1/1s, prototypes and other low numbered Canseco cards.  (To be fair, another big card was involved as well.)  The deal was struck, and I am finally the proud owner of these two beauties. 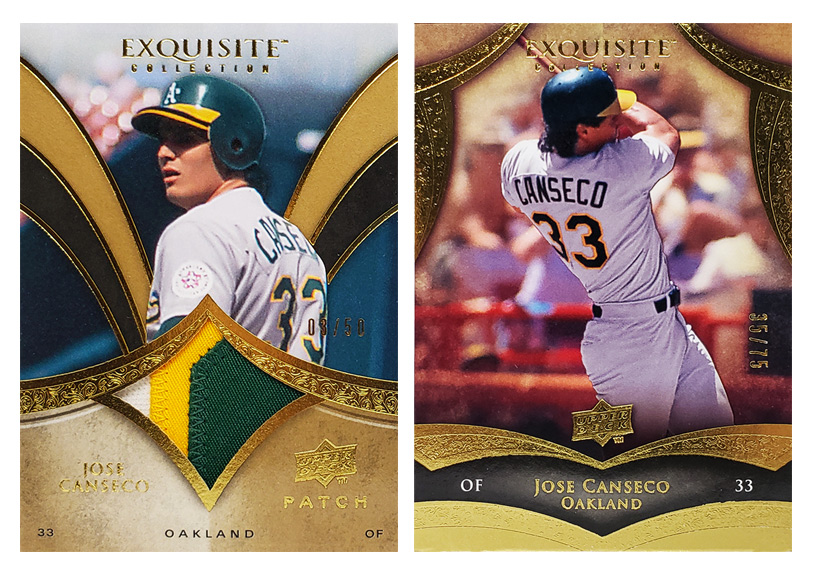 While both cards are great, this is the one I drool over:  One of the most important patch cards of Canseco ever made, the 2010 Upper Deck Exquisite.