In 2011, Upper Deck once again resurrected the 1888 Goodwin Champions name a second time to launch a new set in the same theme from its 123 year old predecessor.  The King Kelly is known to many as the most beautiful baseball card from the 19th century, ever.  It has been said that the artist used a stormy background to go along with Kelly’s stormy personality.  The Kelly is the 7th card shown in the pic below: 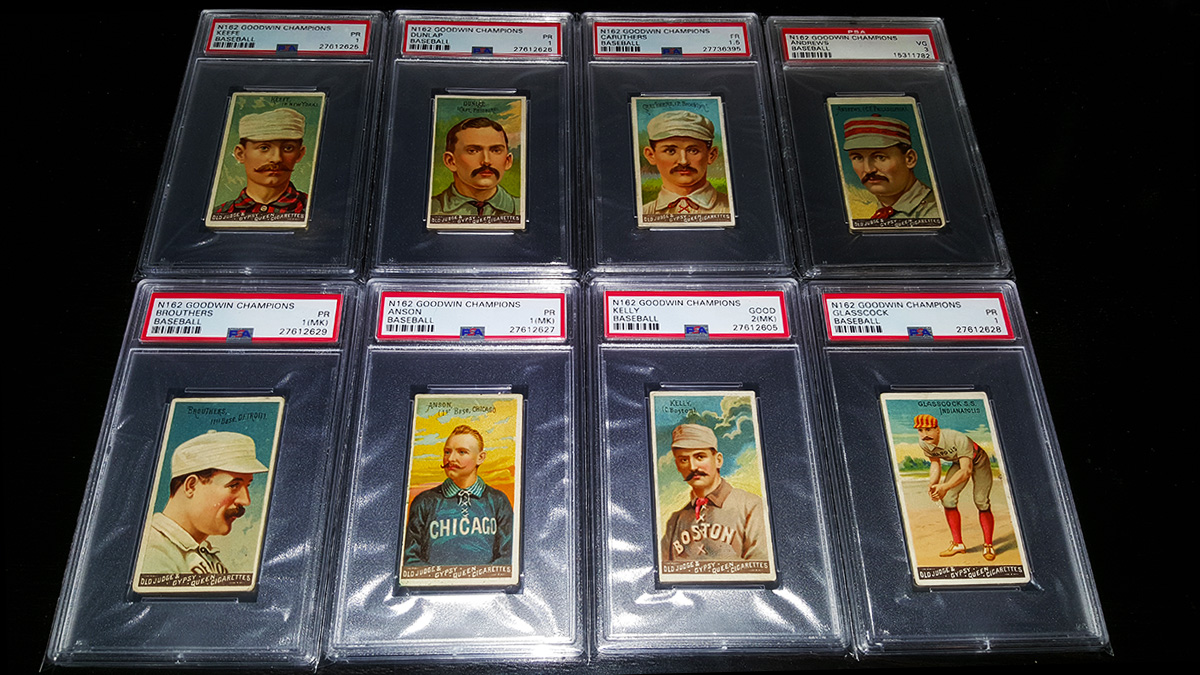 2011 Goodwin holds a special place for me, as well as a good mystery.  First, as far as I know, it is the only set that has Jose Canseco and King Kelly in the same set!  These are 2 black border Magician Foil cards hand numbered each to 9.  The Jose was EXTREMELY hard to get.  I never once saw it pop up while I was supercollecting, and only recently (in the past several months) was able to obtain one! 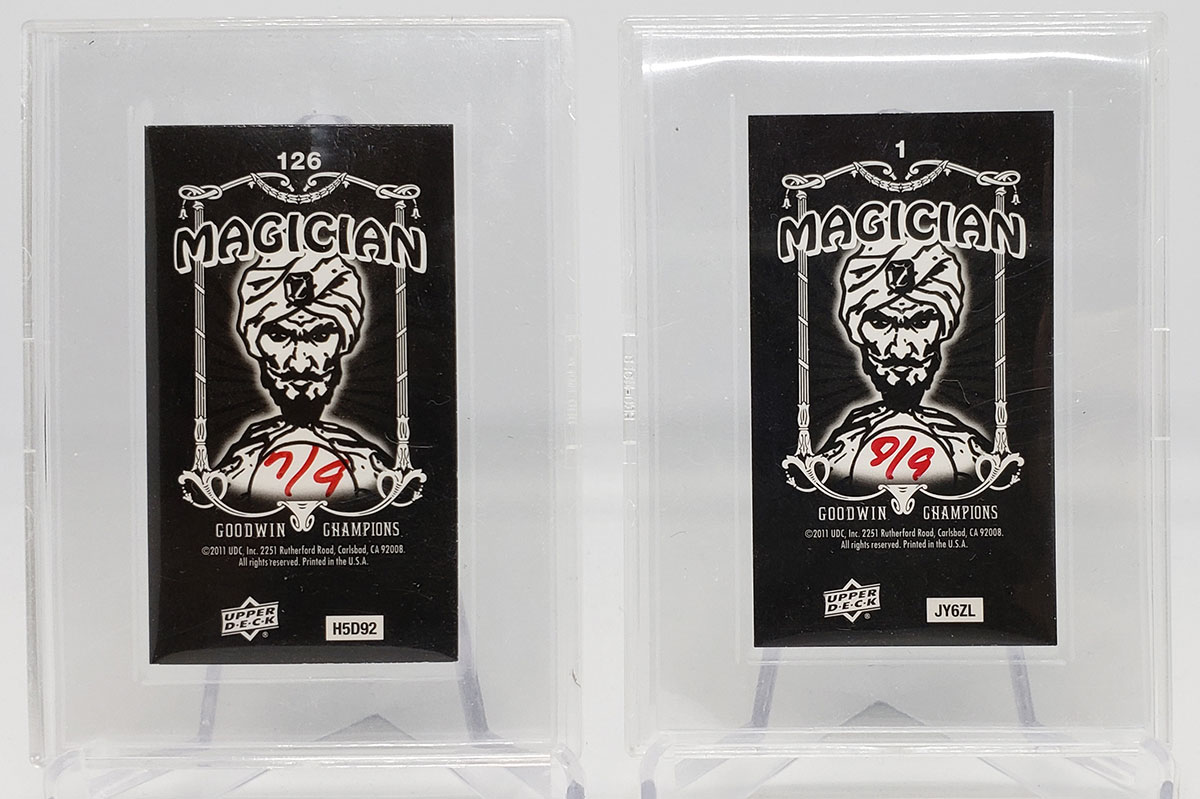 Goodwin decided to make King Kelly card #1 in the set, which I truly appreciate.  The 1/1 parallel is called the Gold Presidential 1/1, and I was able to grab King Kelly’s gold presidential!  Here it is shown below with his 1888 Goodwin, and the book “Slide, Kelly, Slide” by Marty Appel.  And this is where the fun begins …. 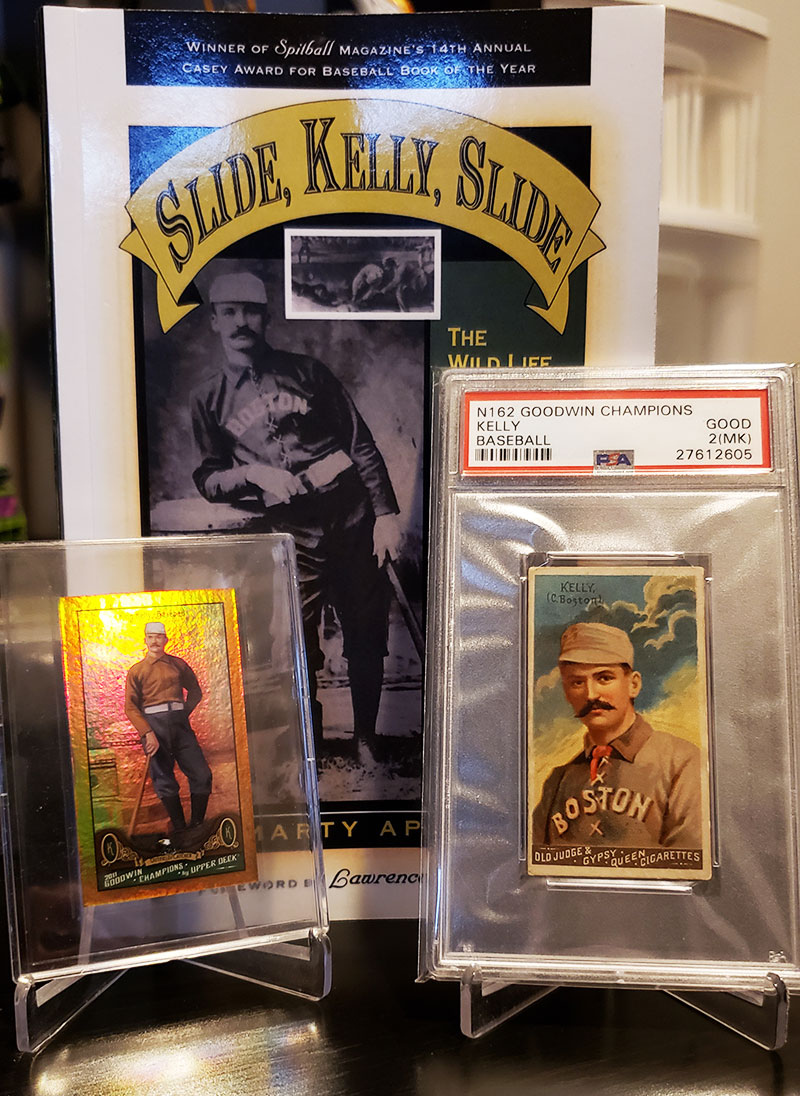 In the book, Appel recounts Kelly’s telling of when Cap Anson arranged for the team to visit President Cleveland in the White House.  Mischievous as ever, King Kelly decided it would be fun to squeeze President Cleveland’s “soft, fat hand” so hard as to make him wince.  The rest of the “Chicago Nine” followed suit, with Kelly noting his hand was twice the size as it was before they shook hands.  Appel notes that perhaps this is the reason why baseball teams weren’t invited back until the Nixon administration!

Was this the straw that broke the camel’s back?  Shortly thereafter, Anson, fed up with Kelly’s antics set the wheels in motion for Kelly to be sold to Boston for a record amount of $10,000, thus naming baseball’s first superstar “The $10,000 Beauty”.

So, back to the card … why is the 2011 Goodwin 1/1 gold parallel called the Presidential back?  Check it out … President Cleveland himself dawns the back of each and every 1/1 in the set!  I guess this might be considered an Easter egg, as I haven’t found or heard of Upper Deck giving a reason as to why they put Cleveland on the backs of these.  It is quite possible that they went public with this a decade ago, but if they did, it is news to me.  Heck, maybe they just used Cleveland on the back since he was president at the time of the release of 1888 Goodwin. But then again, why would they put Kelly as #1 in the set? At the very least, we have a fun story to go with why 2011 Goodwin likely selected President Cleveland as the back character of all the Goodwin 1/1s. 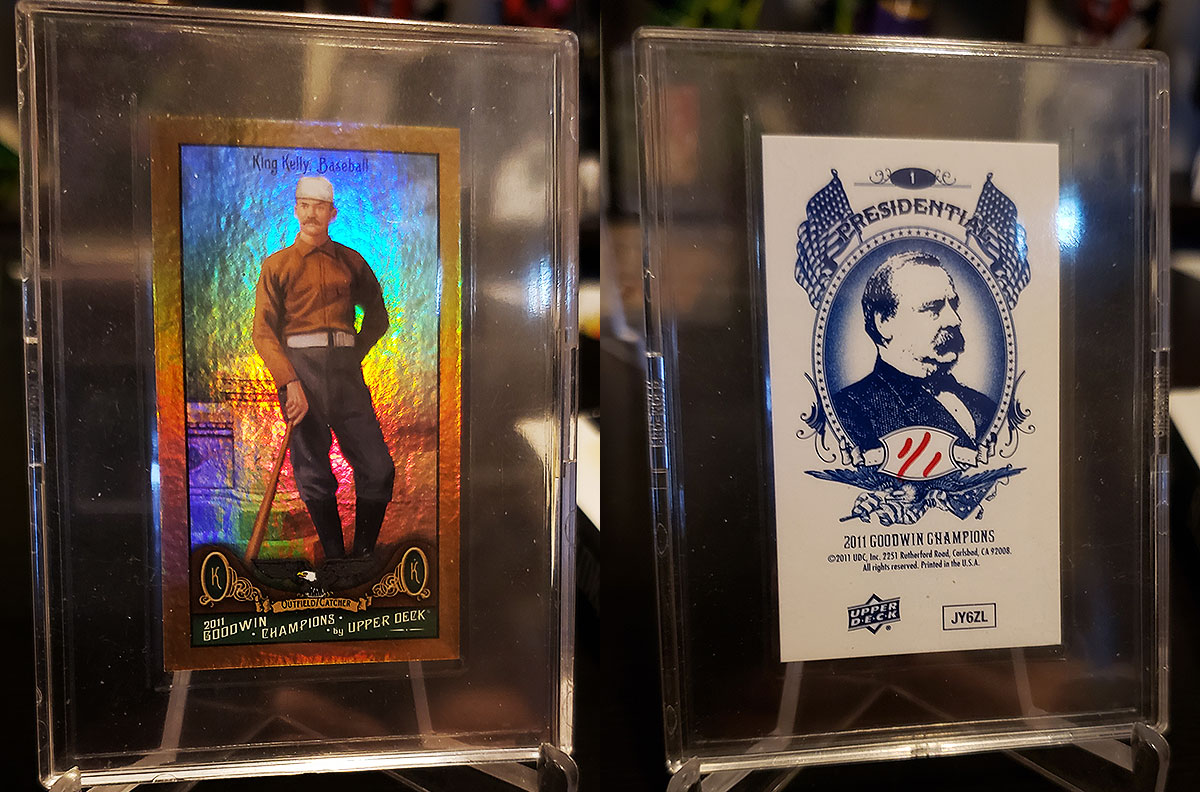 I don’t often go after modern cards of my favorite 19th century baseball heroes, but this is definitely one I decided to make an exception for!  My gosh, I love this hobby 🙂