Recently, I ended up selling my entire wax box collection to someone.  Naturally, he wanted to make sure I was legit (who wouldn’t?) before making such a huge deal like this, so he posted up a question on the sportscard scammers page on Facebook asking if anyone had any dealings with me.  The results gave me a real kick, so I thought I’d share it here! 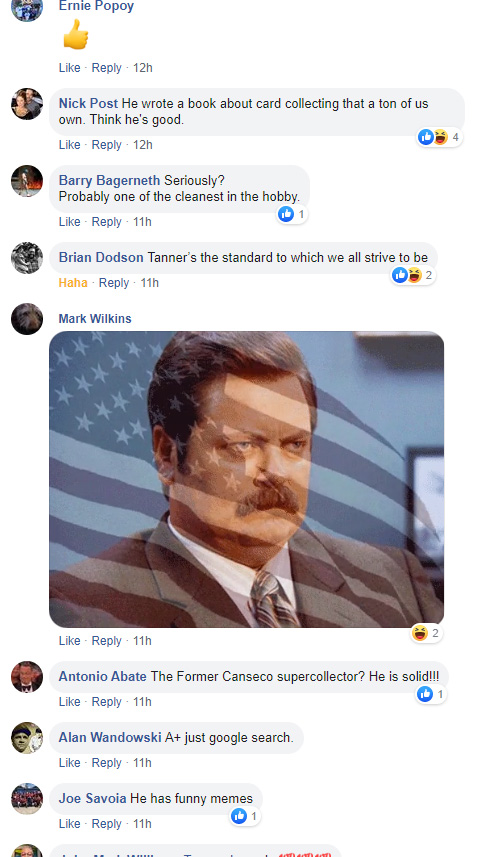 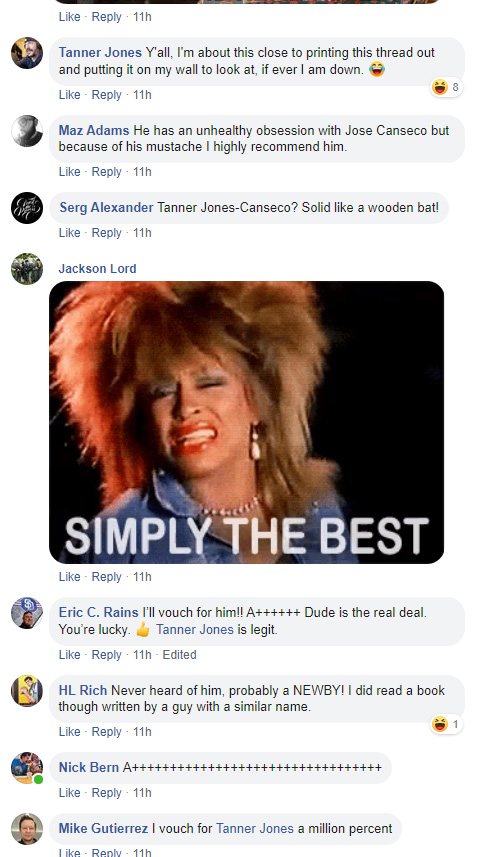 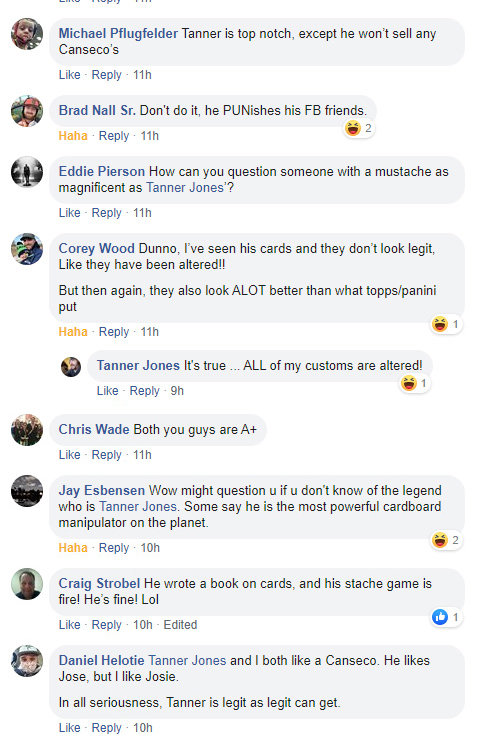 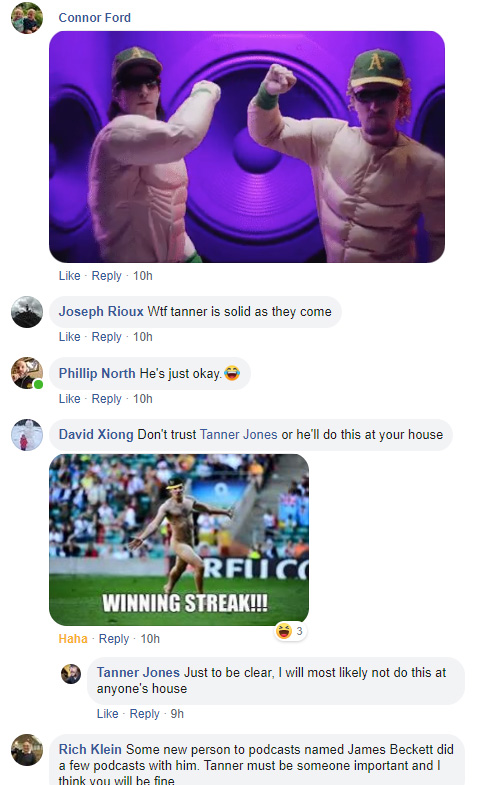 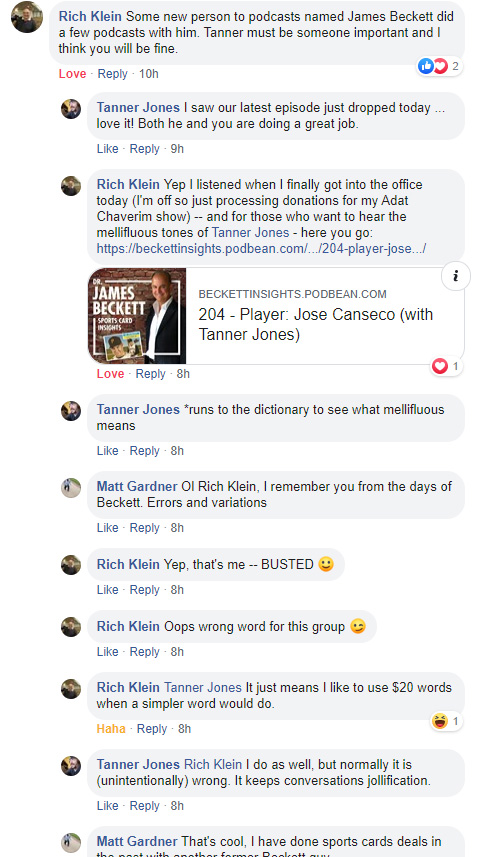 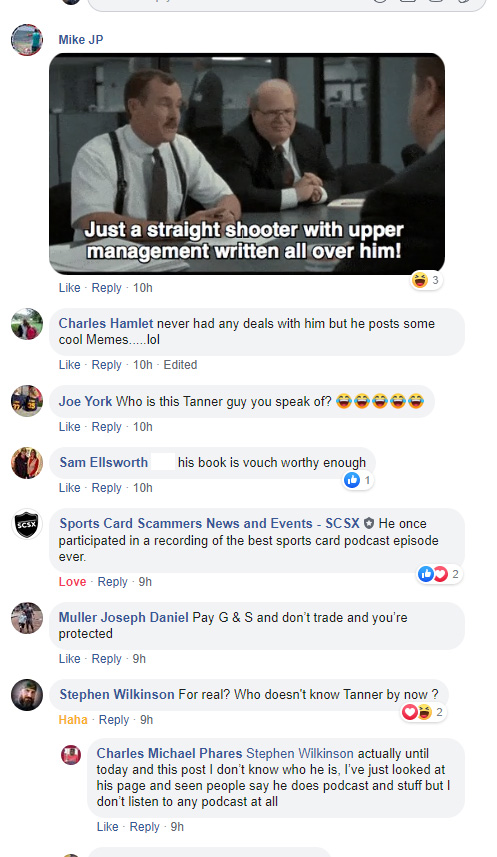 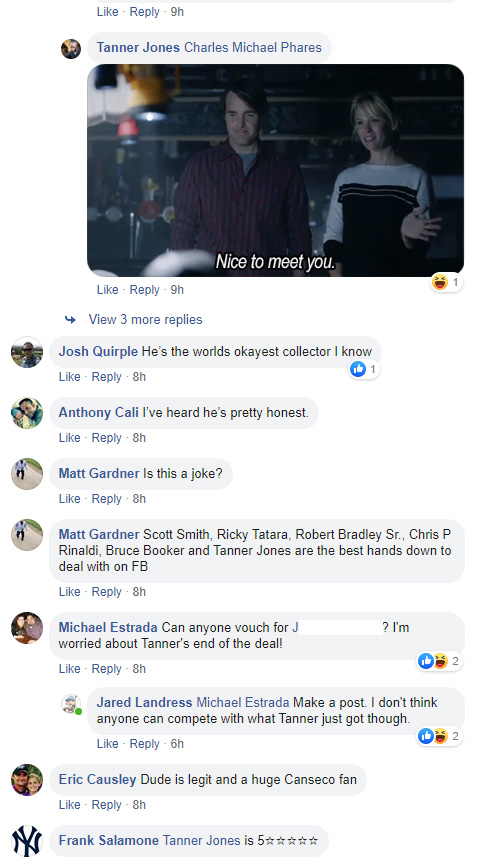 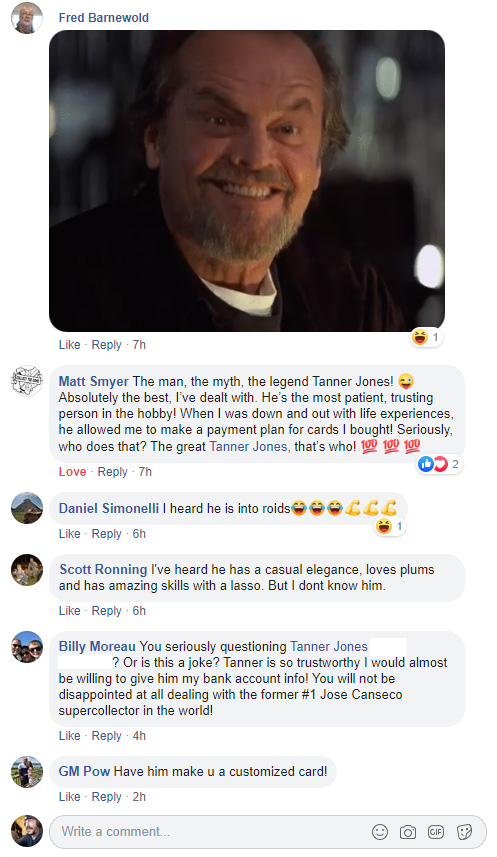 It is always nice to hear so many people say so many nice things about you, so screenshotting them and saving them on my website is something I definitely wanted to do before it gets lost.  Plus, if anyone has questions about me in the future, I can just point them to this page! 🙂

As for the deal:  I had a (near entire) FASC run of wax boxes from 1980 to 1990, minus a few and plus a few others.  The buyer got a good deal, but I also did really well on them, as I bought most of them a couple years ago.  I had a feeling they were going to increase in value, and they nearly doubled!  I actually have a feeling they are not done growing, either, but it is time for me to move on, and most likely put more money into vintage – I just love it too much!  I do see myself picking up several junk wax era boxes again soon, though – this time, unsealed.  I just love seeing the unopened packs of 1989 Donruss and 1990 Score, and you can’t really do that will FASC sealed stuff!  I have visions of 1989 Fleer packs fanned out on my desk for no reason other than to admire them.

Now onto the hard part … packing up all of these boxes!  I’m going to miss them.