I picked this up a couple months ago, but have been waiting until the 100th year anniversary to the day! I’m still jumping out of my skin excited about it 🙂

1919 W514 Babe Ruth! I made a graphic detailing what is so special about it as shown below: 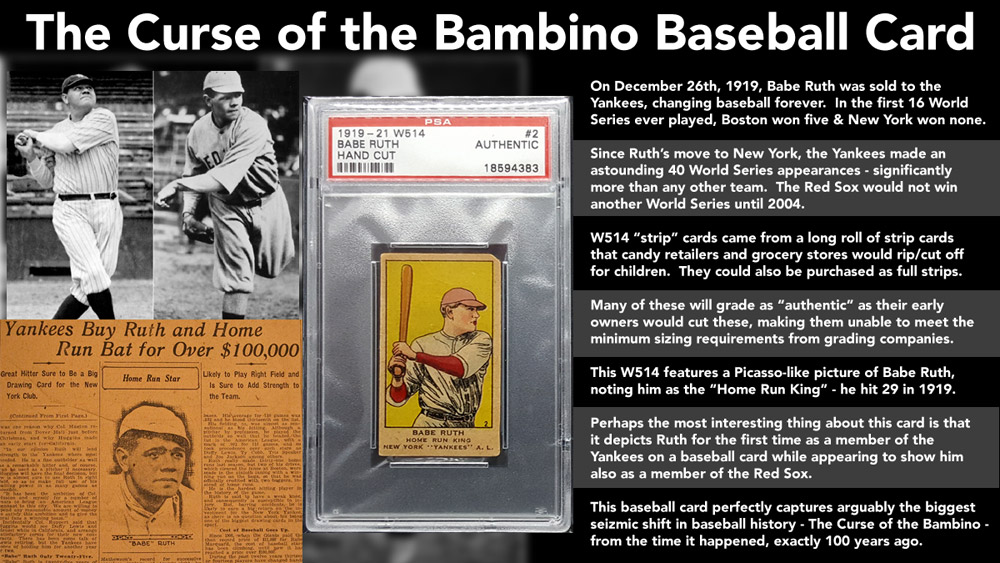 This card has flown way under the radar given its historical significance and who it is of. It is nowhere near the most popular Babe Ruth card (though I think it should be up there) – heck – it isn’t even the most popular card in the set! That honor goes to the 1919 W514 Shoeless Joe Jackson card, as it is the same year as the Black Sox Scandal, and depicts him as a member of the White Sox. (Fun fact: Babe Ruth modeled his swing after Shoeless Joe!)

Anyway, I just thought I’d share a great pickup I’m excited about, while shedding some light on what it is – the Curse of the Bambino embodied in a baseball card! 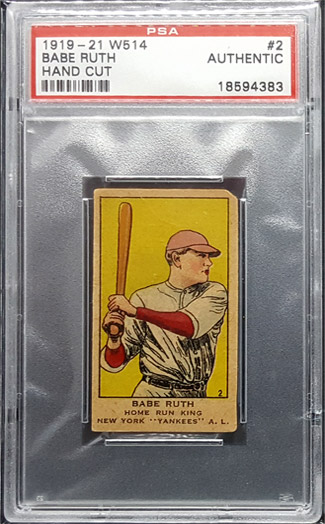