I have really enjoyed collecting cards again even if they don’t have the name Jose Canseco printed on them.  It has been years since I have done a Flip Quest, and because I’m looking for other cards nowadays, I thought this would be a fun way to explore what is out there 🙂

WHAT IS A FLIP QUEST?

You may be familiar with the concept.  Think, the red paperclip story.  A guy finds one, trades it for something better, and keeps doing this over & over until he gets a house.  I coined the term “Flip Quest” (at least I think I did!) but not the idea.  Back in 2013, I did it by flipping a 1989 Fleer set I was gifted over and over until I got a 1999 Topps Traded Josh Hamilton auto.  Trust me, back then, there was a large price discrepancy!

WHAT I’M STARTING WITH 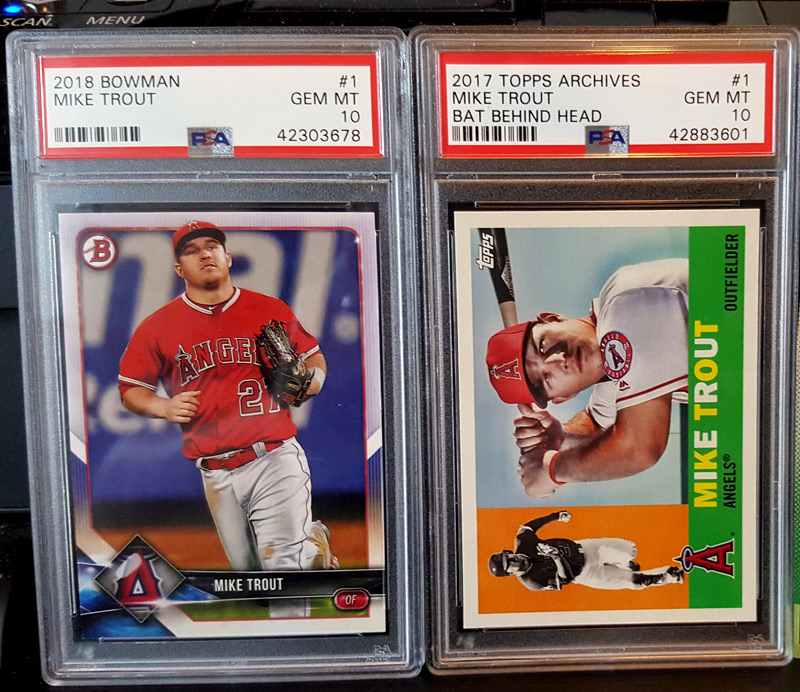 I received both of these as a gift due to a Trout acquisition I made, so I think these will be PERFECT to start off with!

WHAT MY GOAL IS

Here is what I would eventually like to trade up to.  I don’t have an *exact* goal other than I’d like to get one, several, or all of the following!  The vintage items that say “low graded” mean that I want a lower grade, but great eye appeal.

I may have others that I want too, but I’ll know them when I see them 🙂

So, let the game begin!  I’ll start documenting the trades I make here.  Feel free to shoot me trade offers!