1998 E-X Essential Credentials and the Importance of Online Presentation

Have you ever had a card that looks ugly on the computer, yet when you see them in hand, they look incredible?  I’ve had it both ways, but nothing as eye popping as these:  The 1998 E-X Essential Credentials parallels.  Tidel144 posted online that baseballcardpedia.com had been updated, most notably (to me) the E-X set.  They are doing the Lord’s work over there, and I gotta give them props!

When I first got in the FUTURE Canseco parallel #/61, I was surprised by its beauty and was mesmerized by it, so I placed it at the top of my list to try to get it back into my collection.  I personally had NEVER seen either card for sale previously.  Because the only scans I saw online of the NOW /40 version, I didn’t have much of an urgency to add it.  Here is a scan of both together …. (FUTURE on the left and NOW on the right.) 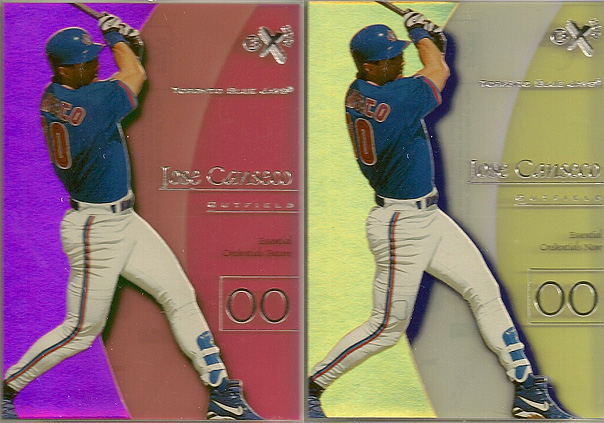 Then I saw a Ripken NOW, and loved how it looked.  Plus, holy crap – look at the end price! 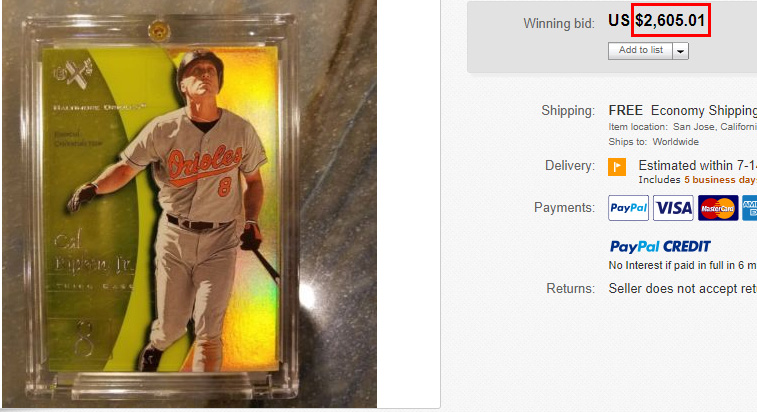 I was finally able to track down the NOW Canseco, and in doing so, was happy to finally be able to take proper pictures of them together: 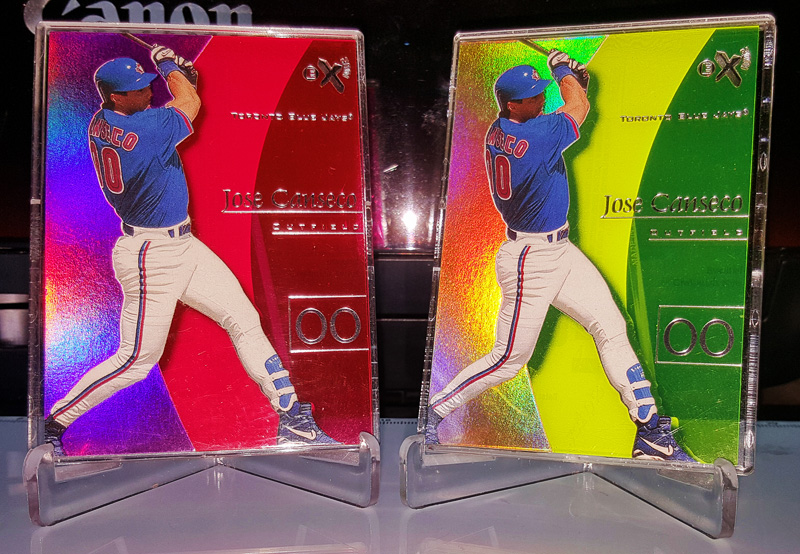 And here is a video of them together:

Here is a video of my beauties 😍 #baseballcards #collect #thehobby pic.twitter.com/UQwpIgKbP7

I don’t know if I’ve ever seen as big of a visual discrepancy between scan and picture as I have with these.