Day two picked up where day one left off:  shipping out LOTS of cardboard.  I have to say, a part of me is having a lot of fun filling people’s want lists.  Whether it is the stack of Pinnacle Museum cards going out to a collector in Sweden, or several blank back cards to a collector of errors.  Heck, even those who were just starting their collecting journey and decided to pick up some cards that more advanced collectors wouldn’t think twice about.  I guess you can say that I’m happy so far that everything seems to be going to places where they will be thoroughly enjoyed.

Almost as much so as my dogs enjoyed my favorite hat 🙁 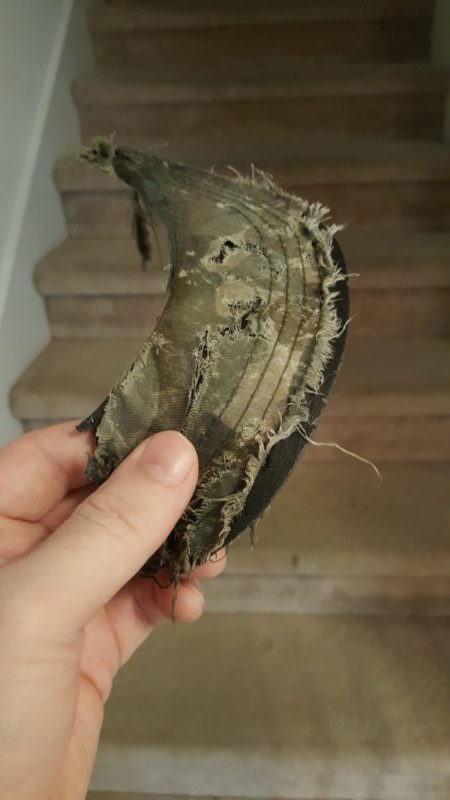 Seriously, y’all.  I have NO idea where the rest of the hat went.  The bill is all I could find.  #customtime

A few fellow collectors sent over $20 and instructed me to send them a surprise card just so they could have something in their collection from mine.  Others requested autographs and a paper with my picture stating their purchases came from my collection.  I honestly can’t type all that without smiling – that’s the greatest feeling ever that people care that much about a fellow collector to have something of mine as a part of their collection.  It makes this whole experience truly special to me.

A collector by the name of Dan picked up the beauty below:  A 2000 Fleer Legacy Showcase Collection #/20.  Dan asked me if I had any backstory on it, because he loved hearing the history of the cards.  I am exactly the same way, as might you be.  I love any story that may come with them.  I told him I don’t recall where I got it from, but I did recall having it displayed on my desk the day I picked it up.  I turned off the lights to leave the office, and caught a glimpse of Jose GLOWING from the light coming out of the window.  It looked like it was on fire … so beautiful. 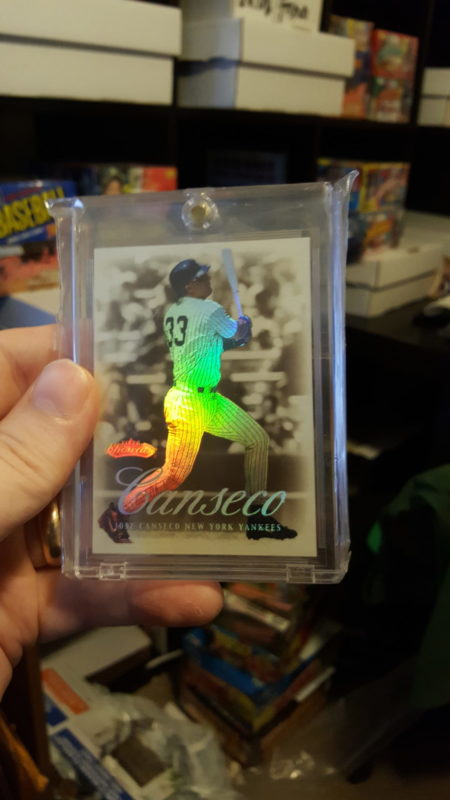 Canseco supercollector Andrew picked up this card, along with many others, but before letting it go, I had to tell him about its story as well:

I remember a guy who built this entire set and was selling it on eBay.  I was with my family at Wal-Mart and saw it pop, because, you know – it’s a perfectly natural thing to check eBay on your phone while walking through the frozen pizza aisle, right?  The hefty price tag of the set was awe-inspiring and surely he wouldn’t break up the set … but … ya gotta try.  If memory serves, I believe it took a few days, but he decided to break up the set and also sell me the Canseco!  After talking to him more, it turned out he was a supercollector of that set and his accomplishments landed him in the pages of Beckett Monthly.

Man, that was cool to hear.  It made it so much more desirable just because of its back story.

Fellow Cansecbro Rodney ended up picking up my entire run of Broders and Star sets/promos.  They are some of the most difficult things to catalog from the 80s and 90s, but with me, it was a labor of love and was happy to be able to put together the most complete visual checklist of Broder and Star cards for Canseco on the interwebs.  The box below shows them together, plus a few other goodies.  It marks the largest purchase volume wise so far, knocking out over 600 cards in one shot, which is over 10% of the size of my entire collection. 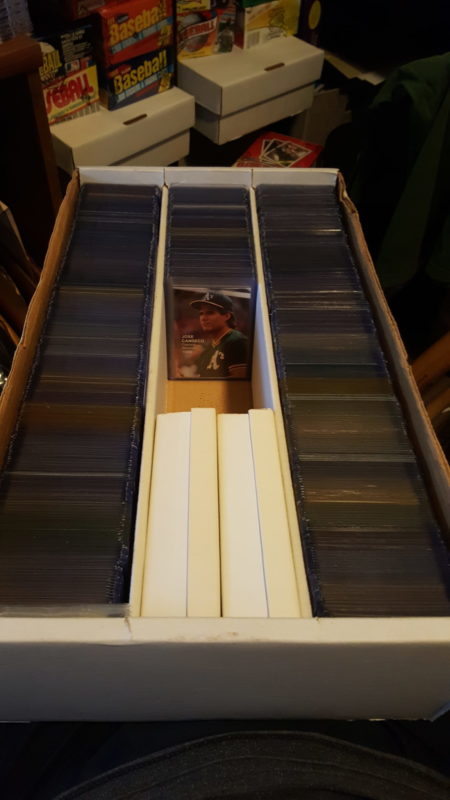 That was just the tip of the iceberg for today, though.  Here is a pic of what went out. 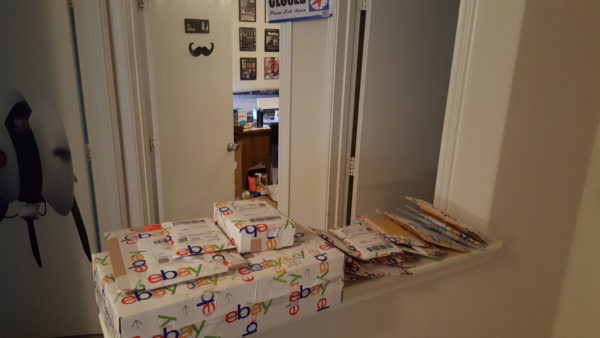 This gave me a flashback to when I was a kid, wheeling and dealing cardboard through Prodigy.  We had a ledge just like this where numerous packages would sit, ready to be sent all over America.  Man, those were fun times.

After a few days of selling, I can safely say it has not been painful to let go.  Selling has given me a way to make more memories in this hobby as they go from my collection to others.