I don’t know what it was, but one day I started reminiscing about wax.  This led me to do some research on wax boxes.  Much like PSA/BGS can magically transform something of relatively little value (like … well … ANY 80’s key cards) and gives them value simply by assigning a numerical grade to them.  This helps buys to know they have a beautiful example … no … specimen of something they may have treasured as a kid.

While I’m not huge on graded cards, I am huge on beautiful wax.  This is where my journey begins, with 1985 Donruss. 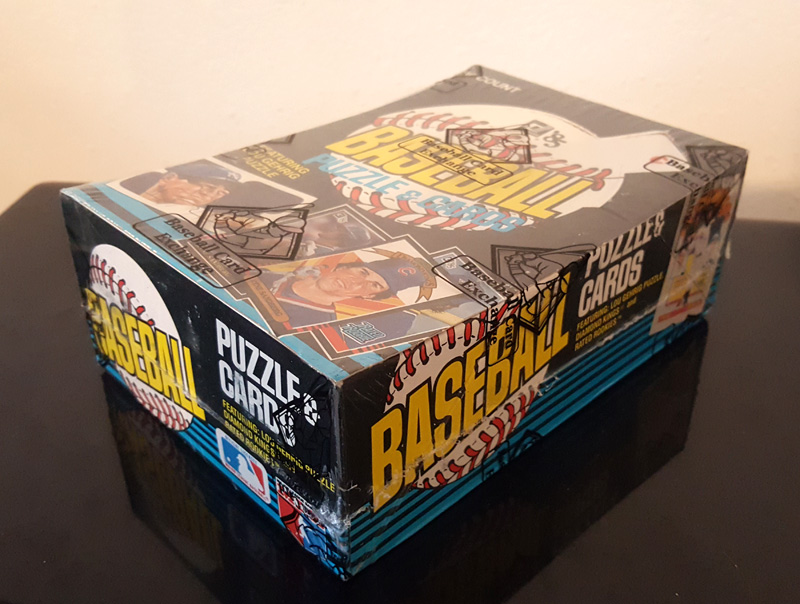 Quick, what’s the first thing that comes to mind when you think of Donruss?  Answer:  Rated Rookie!  While 1984 was the rookie year of the rated rookie, 1985 was the rookie year of the rated rookie logo we all know and love!  Growing up, 1985 Donruss always seemed a bit out of reach, because it was simply too expensive.  When you are used to shelling out 50 cents for a pack of cards, $10 a pop is a BIG ask.  To this day, I don’t think I’ve ever opened a single pack of 1985 Donruss!  Someone opening up a box of this might be surprised to find how colorful the wrappings truly are. 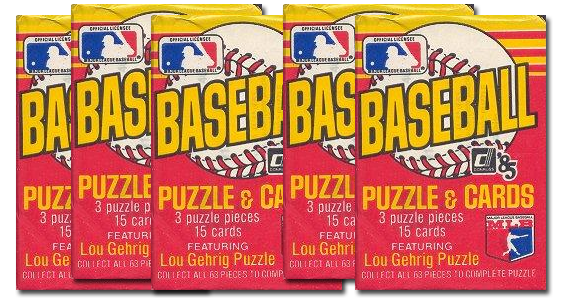 How beautiful are those?!  I will never know, because I will not open my box, but hey – it is cool to at least know they are in there 🙂  The cards themselves do not present as loud and colorful.  Instead, they are mostly black and VERY condition sensitive.  To me, the entire design just screams something from Knight Rider or Tron.  I love it!

I actually did a mash up of the 1985 Donruss design with a colorful feel to it for a Canseco card, and I had Jose sign it in red ink. 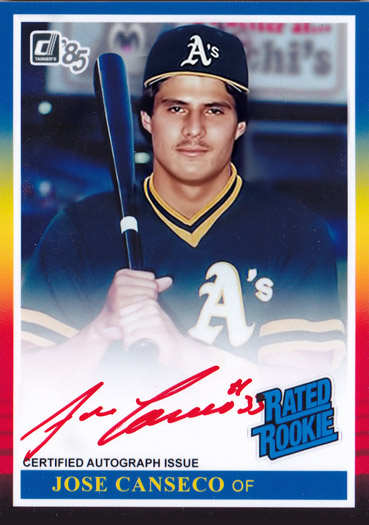 If you look closely, you will see the Donruss logo says “Tanner’s” instead of Donruss.  Look even further … notice the logo?  That’s right!  It says “Mouschi’s”.  For the entire story on Mouschi’s, you can click here.

My closest memory of 1985 Donruss was walking into a shop and seeing a 1985 Leaf Clemens & Puckett.  I bought them because they were quite a bit cheaper than their Donruss counterparts, but felt like it was almost a cheap imitation of the real thing, due to the strange looking green leaf in the upper left corner. 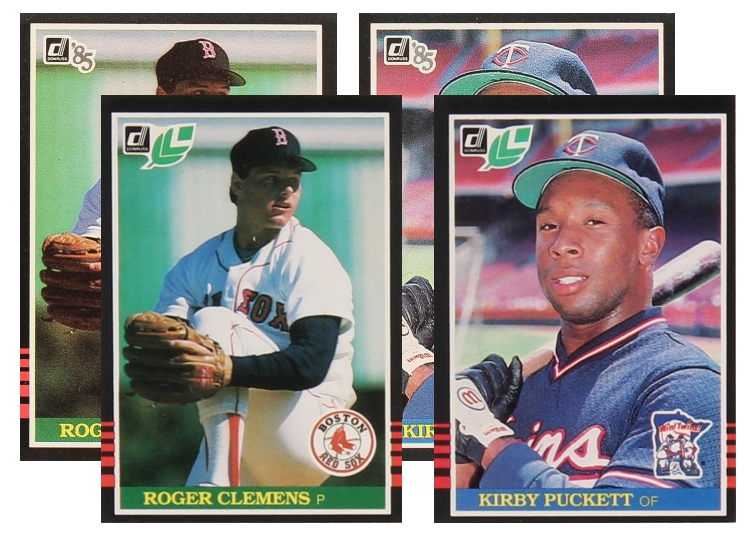 I ended up picking up a box of 1985 Leaf as well.  It too is in beautiful condition, and has a few differences from the Donruss box.  Of course, you will notice some french language on the box itself, but you will also see that it says 35 cents.  The Donruss version is blank.  I wonder why!  Did Canada require prices to be printed on the box?  Who knows.  The most notable difference though, is that the Leaf box is about 2/3 as tall as the Donruss box. 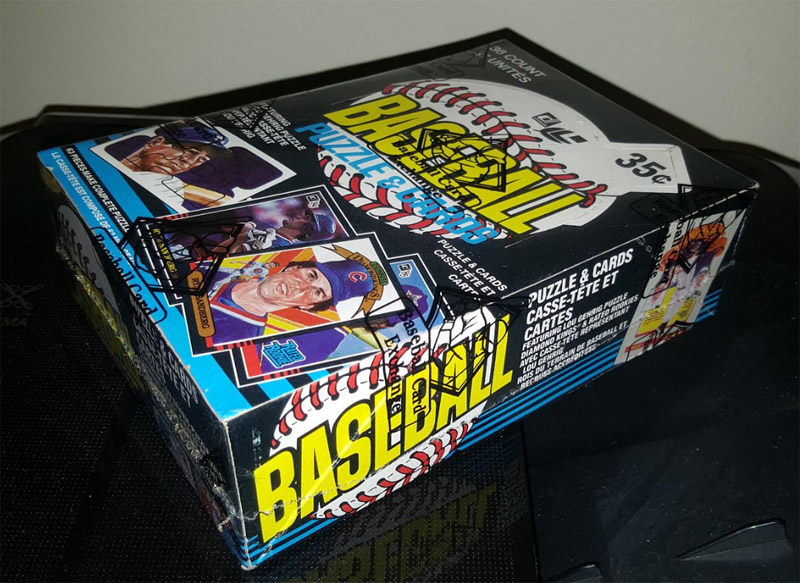