Over the past three years, I have shared many instances online of how I hacked up baseball cards and memorabilia.  It has been fun.  Nerve-wracking at times, but fun.  This showcase, on the other hand, is a completely different kind of hacking.

If you grew up in the ’90s, hackers were all the rage.  Computers, the internet and the term “cyberspace” were hot topics.  The baseball card industry caught wind of this and made every attempt to acclimate.  Pacific had an online set that would direct you to a website and punch in a code.  Topps had Cyberstats and Upper Deck even had these guys: 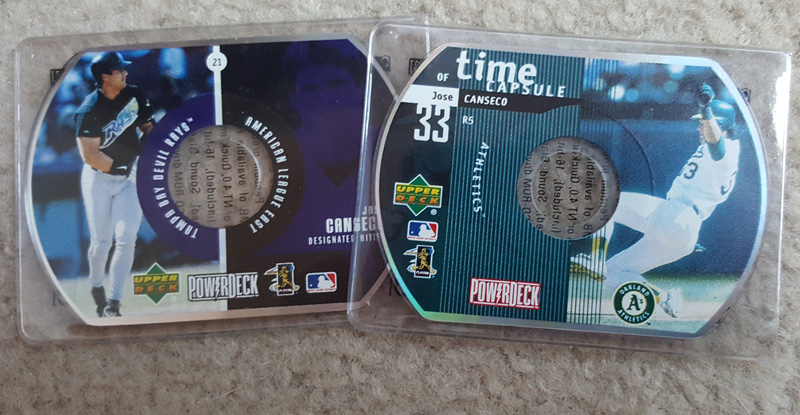 Remember them?  Baseball card sized cd roms that you would pop into your computer and a program would pop up.  BRILLIANT!  I don’t ever recall actually putting one of these in my computer, do you?  Once in a blue moon, I’ll think about them and consider doing so (even though they are now 20 years old … holy cow … 20 years old?!) but only just now got around to it.  For your amusement, I have ripped one from the A’s power deck card.  Here is what is on it:

How magnificently cheesy is that?! I love it.  As a matter of fact, the animations and interface remind me of what I used to develop when I was just starting out in business.  My first claim to fame was as a Flash motion graphics designer.  Back in the early 2000s, EVERYONE wanted a flash website.  I was very passionate about it (the first time I had EVER been passionate about anything having to do with work) so I spent hours upon hours perfecting my skill.  I tried uploading some examples, but sadly, they don’t appear to be working.  One day I’ll show them off though!  They may be 15+ years old, but I have many memories tied into them.

Here is a commercial from Topps that is even older:

Anyway, back to baseball cards.  I always thought it would be cool to fuse my past former passions with my present passions.  Something techie-gadgety with cardboard.  Something also that could showcase the time I spent with Jose at his house.  After hacking away, and LOTS of trial and error, here it is:

A card that features the player’s autograph, a piece of the laundry tag worn in the pic AND a picture of the fan next to him!?!?! 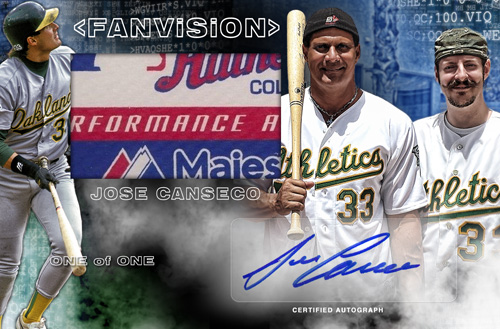 Ok, so if I’m being honest with you, I didn’t build this card because of a laundry tag.

I did it for this. 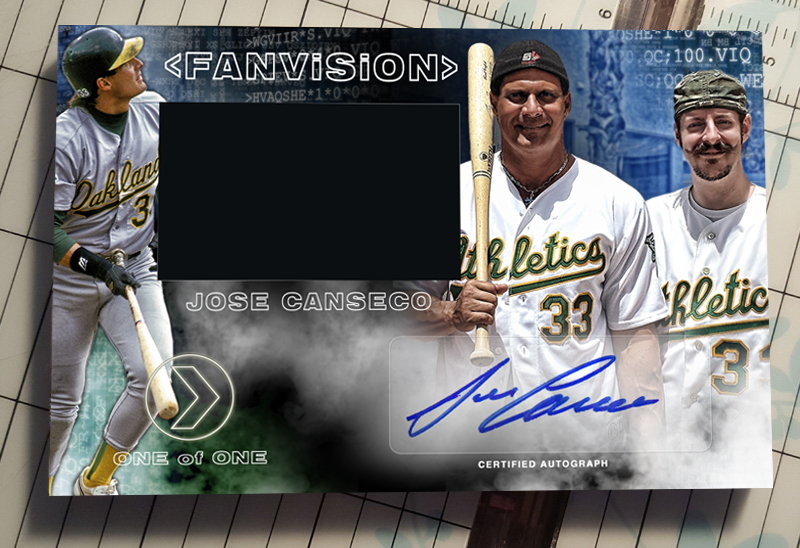 It took a long time to get this right, but ultimately the card holds all the video clips from when I was at Canseco’s house. 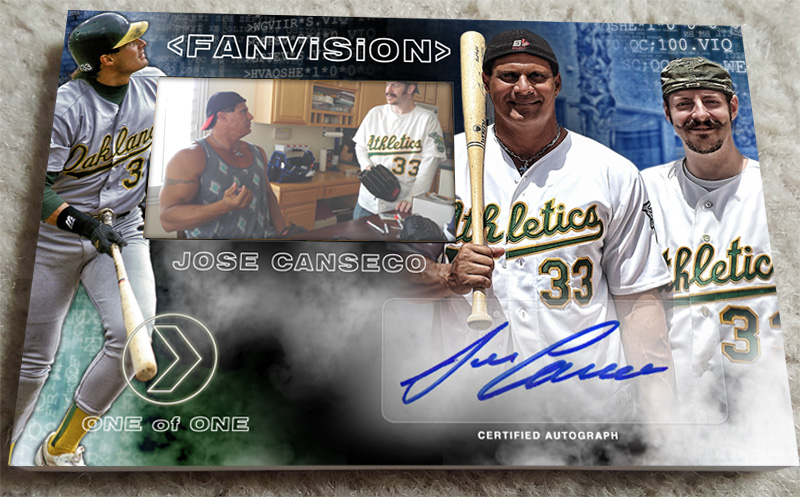 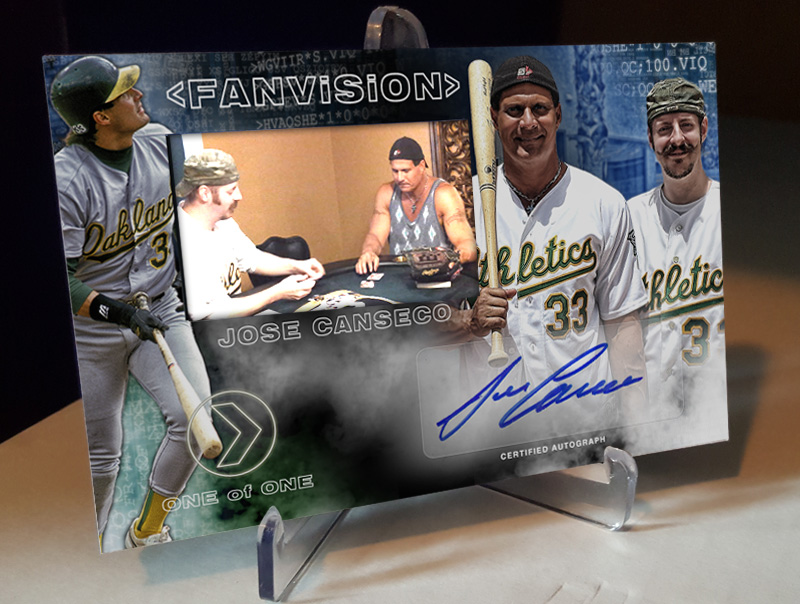 The card is MEGA thick (of course!) 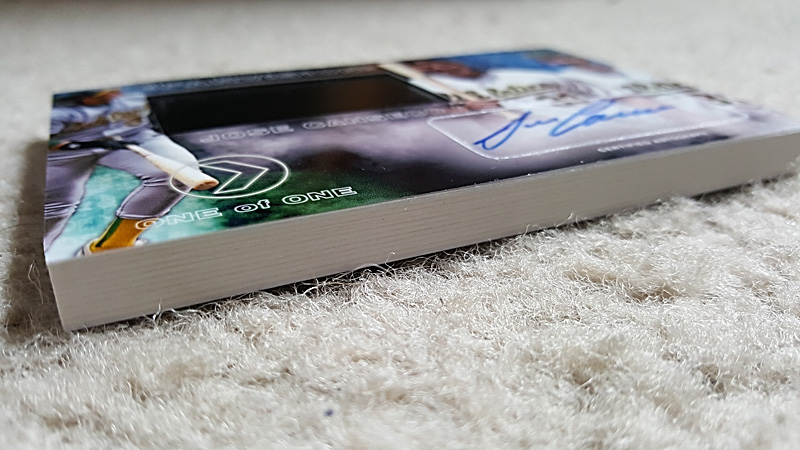 If you look at the design, you will see faint computer code in the background.  This is to pay homage to the high tech hacking world from the ’90s.

In order to operate it, you simply press the play button.  Here is an example of it using the video from the Power Deck card in my collection that I showed you above.   Don’t pay attention to the beginning error 🙂

Here is a 3 minute video of me walking through the card a bit:

Thanks to all of you out there in cyberspace for reading and watching!