Analyzing the Peaks and Valleys of Collecting

If you are a player or team collector, it is my hope you can identify with this.  Heck, you could probably copy/paste this in Word and do a find/replace of my guy with yours and it would still be applicable.

I wanted to take little time this evening and muse about the peaks and valleys of collecting.  It has so many highs and lows.  It consists of friends, enemies and frenemies.  You win a new “trophy” card, and show it off for all to see, or you can spend the rest of the evening pining about the card you missed out on that may never be seen again.  And then another card comes along …

A while back, I posted a goofy graphic I made of me holding the sign below … 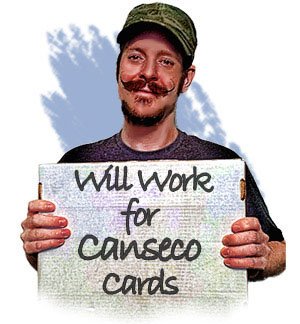 People kept showing me cards, yet all of them that I was shown, I already had.  One guy made this graphic: 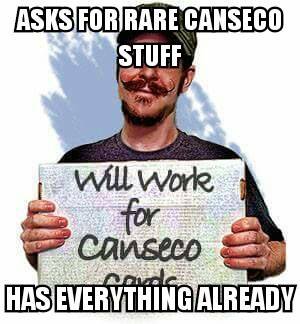 I got a huge kick out of that.  It’s a LIE, people – don’t believe it!  🙂  While it is true that adding things to my collection is getting harder and harder, there is a TON of stuff out there I don’t yet have.

Take, this past month for instance.  In roughly a month, I have added over 100 new items to my collection!  These aren’t just cards i clicked from ebay.  Some have their own personal side stories that go back several months.  Some have come from a former die-hard collector, one from a trade with a forum moderator.  Heck, one was even pulled from a pack on camera  at the MLB Network Studio with Lauren Shehadi.  Thanks again, Anthony!  (Anthony is the guy who pulled it.) 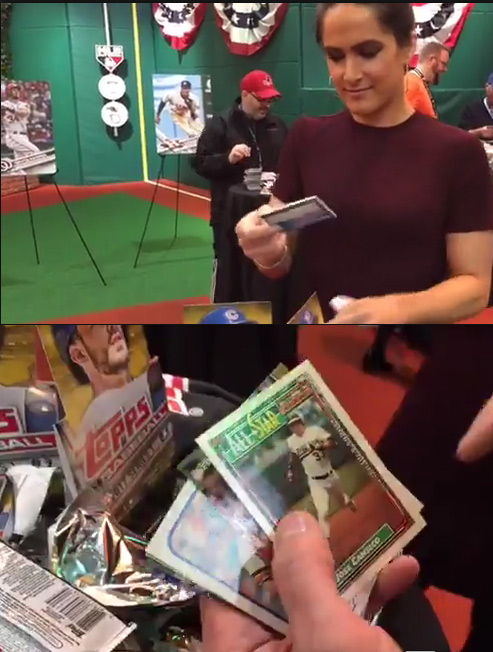 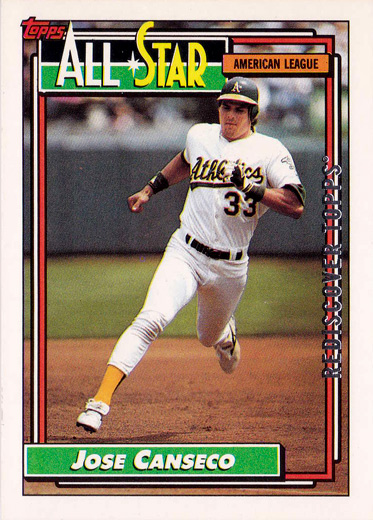 Each piece has its own origin / backstory.

The 92 Topps A.S. buyback shown above wouldn’t mean NEARLY as much to me had it not been shown on camera, and given to me by Anthony for free.  It just may prove to be my favorite 2017 Topps buyback card because of it!

Perhaps it is the origin / backstory that we have created which cause many collectors to say they wouldn’t accept $100 for a card in their collection, yet would not have paid nearly that for one if it weren’t already in their possession.  As irrational as it sounds, I am one of those people.

Here are the rest of the 100+ additions that are on my desk, awaiting their fate to be archived on my website and integrated into my collection. 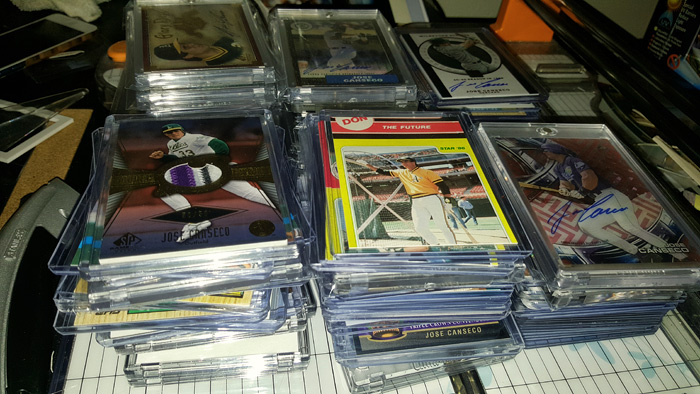 Included in this lot are fun / obscure / controversial items, as well as things that other people probably wouldn’t even care about.  Here are a few: 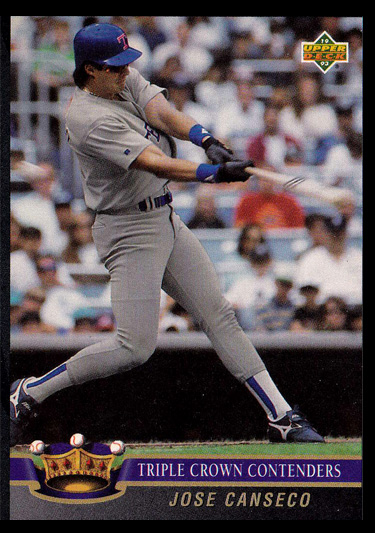 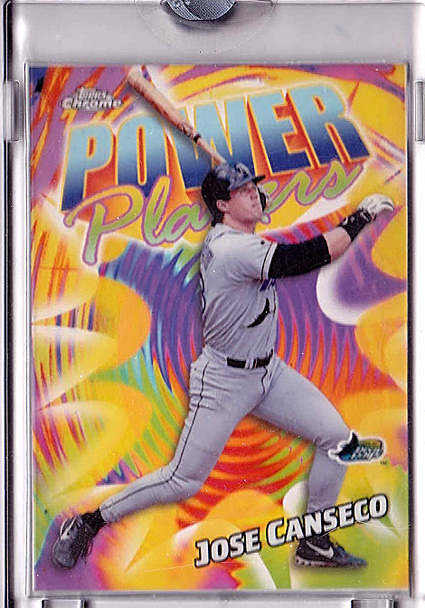 Severely mis-cut cards from uncut sheets – Origin/backstory: Someone was selling sheets of 1986 Star with blank backs.  I wanted to add a blank back set to my collection, so I purchased a sheet perhaps a year ago or so.  I had to return it, because the sheet was bent like crazy.  I ended up purchasing another, and guess what?  It too, was bent like crazy.  The seller had another sheet and sent it to me.  Yup.  Bent. A lot.  Recently, I took a bent Studio Heritage sheet and got some crazy mis-cut cards out of it.  A lot of people LOVED them as much as I did, so I figured why not do that to the Star sheets?  One with Jose on top and bottom; one with Mattingly on top and one with Joyner on top. 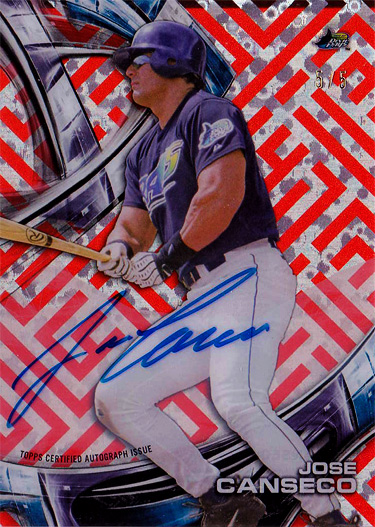 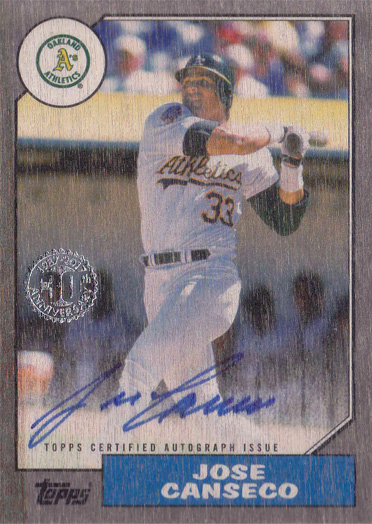 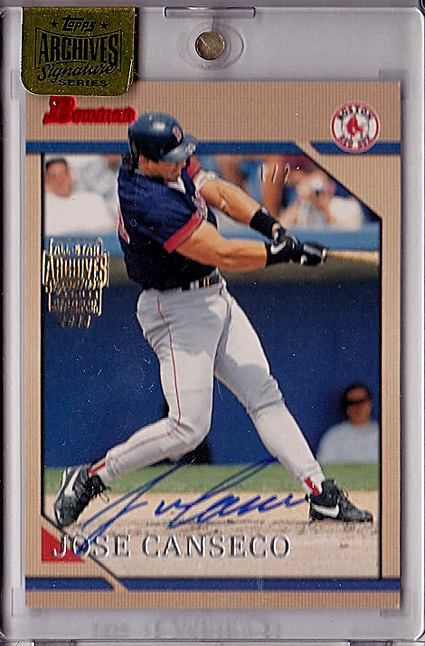 2004 SP Game Used World Series Patch #/50 (with Devil Rays patch) – Origin/Backstory:  I pestered a poor guy for a LONG time for this card who ended up ignoring me, so I backed off.  Then it showed up in someone else’s collection who was selling.  Had this not happened, the card wouldn’t mean nearly as much as it does. 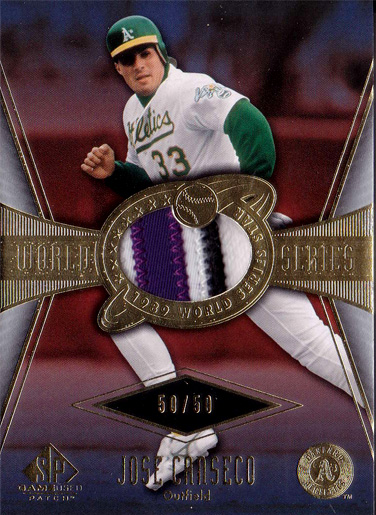 2016 Topps Pressed Into Service – Origin/Backstory:  When a picture of this card first surfaced in 2015 I believe, someone on the forums said Topps probably made this just for me.  I LOVE the card.  I have the base, the gu/auto #/10 and the auto #/25.  For some reason, this card has alluded me for about a year now, in spite of it being #/50.  I literally could have had this card 2-3 times already, and finally have been able to land it. 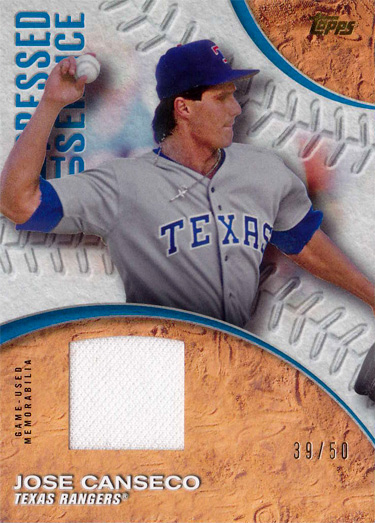 Adding over 100 items in a month is quite frankly something far beyond what I thought I would ever be able to add to my collection in such a short amount of time at this stage of the game.  It will likely never happen again.  You’d think this would be a mountain-top experience, yet what am I focused on?

The cards that got away, or are lingering.

How can this be?  The stuff I’ve picked up is great – I absolutely love what I’ve added, yet it is so hard to get over the card that I JUST missed because I wasn’t there are the right time, or because I couldn’t convince the owner to deal it away, no matter the cost.

I think I have found the reason why the cards that I miss out on tend to mean more to me than the cards I land.  This may be the same to you as well, I don’t know – If you are like me, when you win a card you *really* want, it feels AWESOME.  It is an absolute rush! 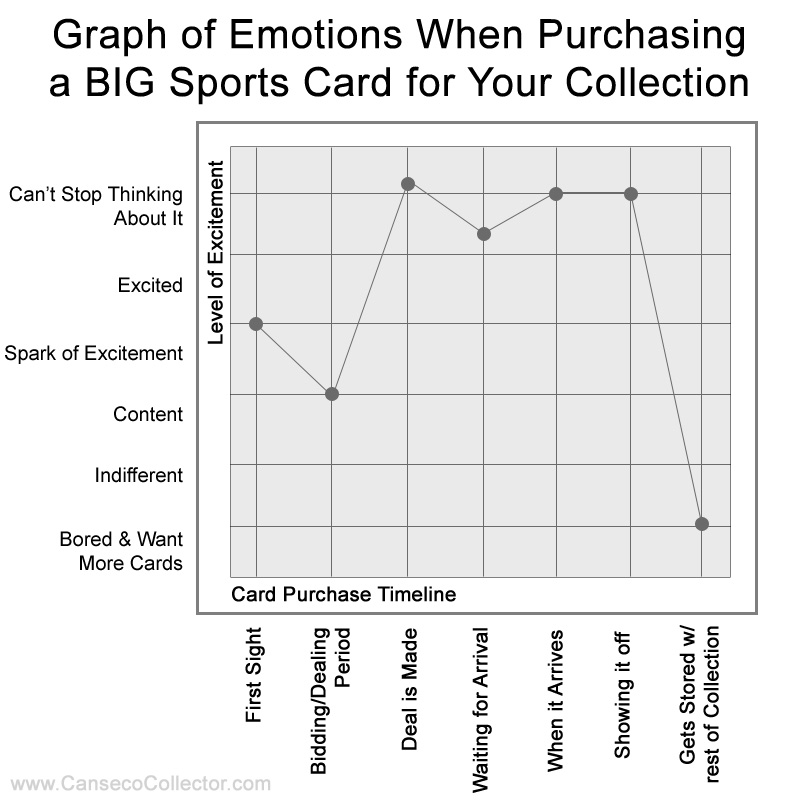 Can you connect with this?  I’d like to expand on the last part of this graph.  It isn’t that I am indifferent about the card that had me on cloud nine a few days earlier; it is more that the excitement has turned into satisfaction, and the excitement is immediately transferred into finding the next deal.  I liken it to watching James Harden dunking on Lebron.  Awesome? Yeah, but there is no time to celebrate like there is when Trout hits a game winning home run.

The thrill of finding a card is huge.  Waiting it out / negotiating for it can possibly take some of the wind out of your sails, as it could either take one conversation for 18 months.  Striking the deal is such a massive rush, quickly followed by impatience for the card to be delivered.  For me, I take a pic of it & write about it, show it off and display it on my desk.  After a while, I add it to my website and guess where it goes?  In one of the white boxes I have.

We are now back at the level of wanting to get the next deal done.  It is like going harrrrrrd for a piece of gold, and when you finally have gotten that gold nugget, you hold it up for all to see.

Then like Scrooge McDuck, you toss it into a sea of other gold you have accumulated.  Here is my sea of gold …. 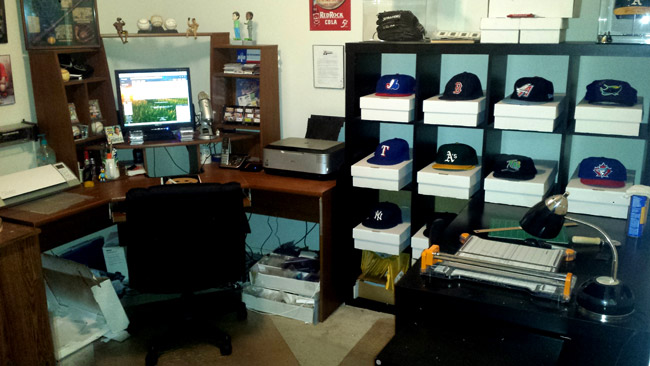 While the appreciation remains, the excitement level is lost.  It is just another piece of cardboard in one of the white boxes.  This is human nature, of course.  I mean, we can’t maintain a high level of excitement about virtually anything forever.

So where does that leave us with the gold nuggets that we just couldn’t get our hands on?  It lingers in our heads as something that is untouchable, so if another pops up, it becomes an obsession.  I think there is a well known quote out there that says just as much.  Something along the lines of “rejection breeds obsession”.  Sometimes it doesn’t work out like that, but many times it does.

On another interesting note, I find that the MORE pieces I get in bulk, the harder it is to get excited.  I’ve picked up some huge cards over the past three years for my collection.  I’ve nearly bought out about four collections, and there were some great pieces, but it was almost like getting an absolute overkill of goodness in too short of a time.  These pieces were collected by their previous owners over the period of up to decades.  Some may have been on a checklist for years, and finally picked up 10 years later after tough negotiations with a dealer at the table of a card show.  The origin / backstory is somewhat lost when dealing in bulk.

Can you connect with any of this?  Part of the reason I write is to document the enjoyment I have gotten out of these cards before I archive them on the website and file them away in my collection.  I am constantly on the hunt for ways to achieve contentment and appreciation for what I have while continually trying to add more.  I think that is very important for all of us, in anything we do.

Who all feels the same way, or has more to add?