For the longest time, I have been dreaming up ideas about doing some customs with a much more artsyfeel to them.  I won’t make this too terribly long, but I was inspired to start playing around with some ideas today.

The first one I decided to play with was a 1989 Score card.  I have childhood memories of this card – primarily when I had to “settle” for it since the card shop didn’t have the new 1989 Topps card I wanted.  Dad griped at me for complaining, so I got the Score card, and grew to love it.

The junk wax era cards are under appreciated, so I definitely wanted to do something a little different.

After several different tries, I made a “new” 1989 Score variation.  I made the picture portion look like it was a painting, and made the card on a canvas. 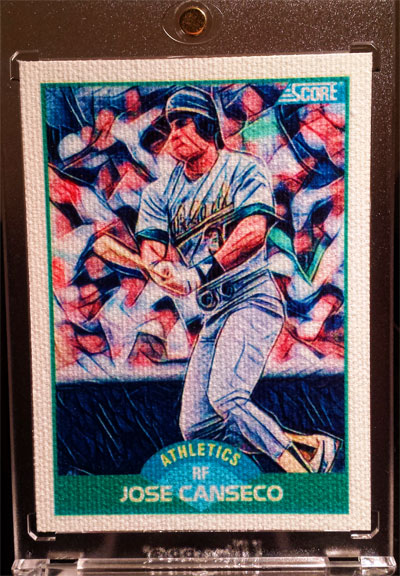 It is fun doing work on old cards like this, because somehow, it takes me back to my childhood and gets me excited about them all over again.

I LOVE the canvas texture on this …. 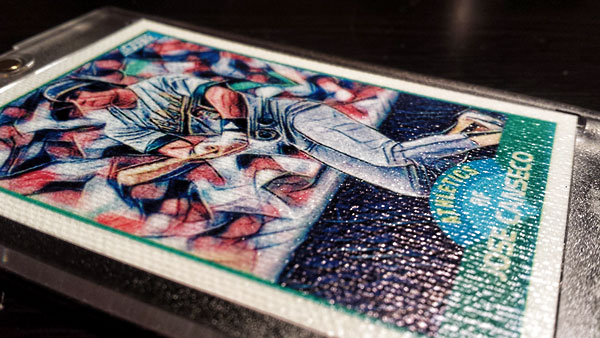 Next up, I’ve been wanting to do some crossover customs by using card designs from different sports for my collection.

First up is the 1989-90 Fleer basketball design.  I did some artsy-fartsy stuff with the picture, and put this on canvas as well.  Voila!  Mafia Canseco. #youtalkintome? #howyoudoin?

Last, but certainly not least (because this is the whole reason I started this project!) I wanted to take two HUGELY (or bigly, as Trump would say) iconic designs for basketball and football.  The 1986-87 Fleer basketball design: 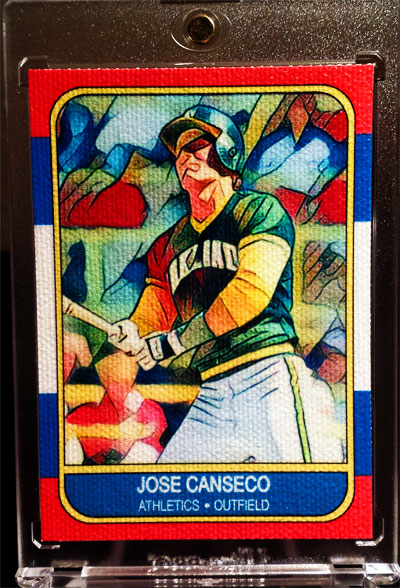 And the 1986 Topps Football design: 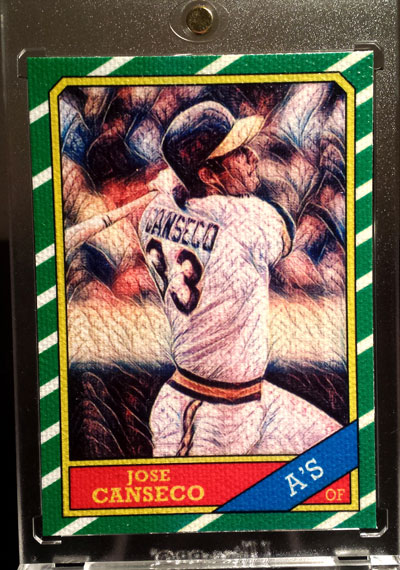 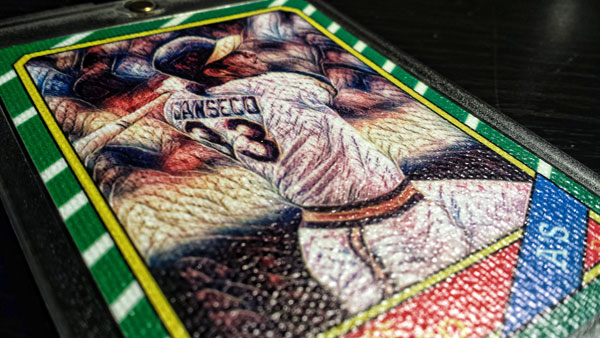 I thought about doing regular versions of each card on the canvas, which I did as well, but they were just a bit boring to me.  For now, I’m really digging the art feel on these.  The final cards really feel like they are pieces of art.  Hey, who’s to say one day someone won’t put blown up versions of 80’s junk wax cards on the walls in art galleries.  It could happen, right?

This is the kind of project I could EASILY see immersing myself into and creating tons more like this, but for now I think this will hold me over until I get distracted again and move to another project.