In July, a 1963 Topps Ken McMullen rookie card sold on eBay for over $150,000. It was a beautiful specimen graded by 9 by PSA. For those of you who don’t know who Ken McMullen is, he signed with the LA Dodgers right out of high school and debuted in 1962 as a 20 year old. McMullen wrapped up his career with the Milwaukee Brewers in 1977. His career statline boasted a .248 average with 156 home runs.

So why is his rookie card so expensive?  Because he shared it with 3 other guys. 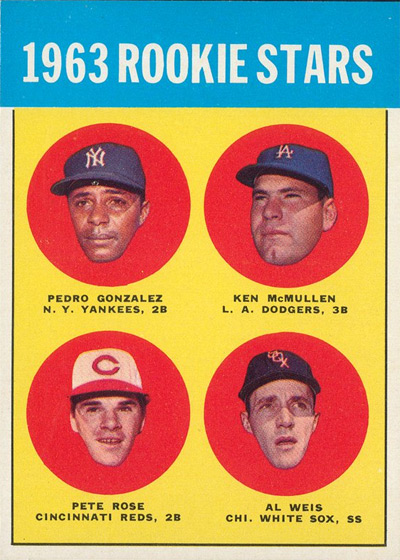 Recognize any of the names?

Throughout the years, player collectors have been burdened with their favorite player’s rookie card being overcrowded with other players.  Nolan Ryan 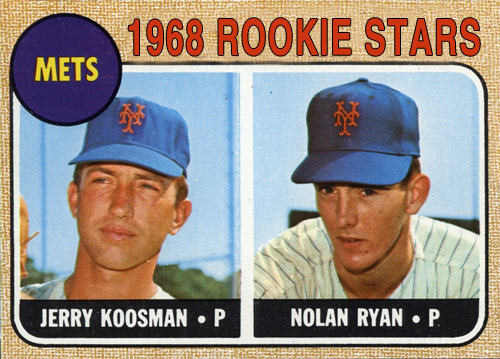 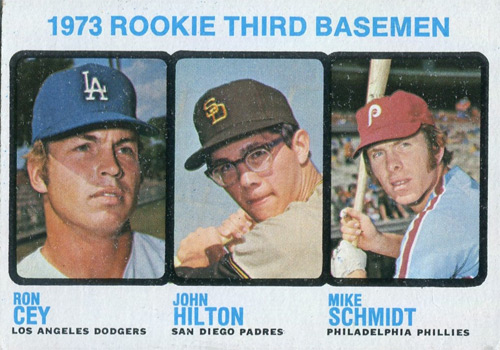 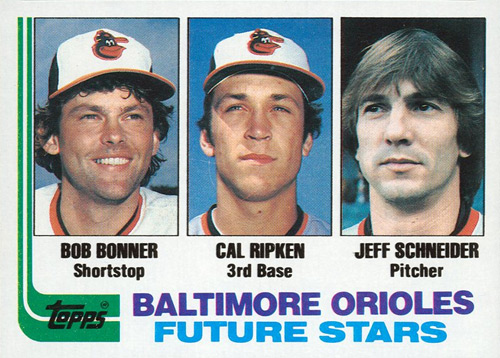 Among many, many others.

I don’t know about you, but if I were a card company, I’d totally brady-bunch the heck out of these cards.  This card would have been perfect for it! 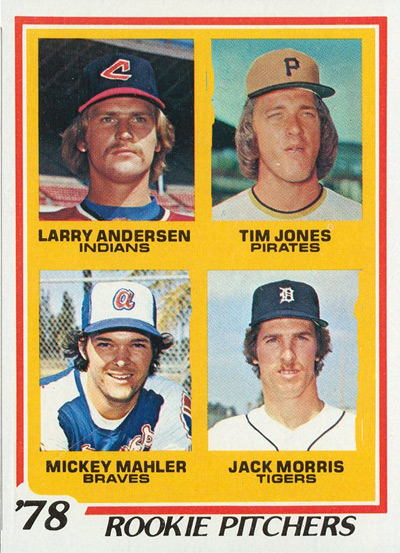 Wouldn’t you? It sure would make for a much more interesting card, that’s for sure. 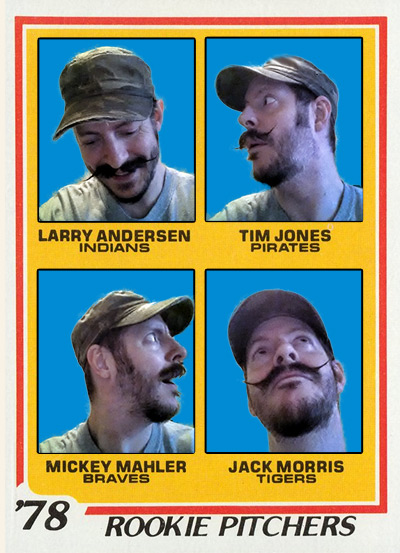 Anywho, I’ve been thinking about how these cards could be made better.  Not that I’d hack up any REAL iconic rookie cards or anything 😉  I am talking about reproductions, and make them high-end pieces.  Topps has done a number of things, like produce cards that never were, or blatantly just blowing up a small sliver of the star from a multi-rookie card and making it its own.

My thoughts:  What about replacing the other non hall of fame players with premium relic pieces?  Here are a few ideas: 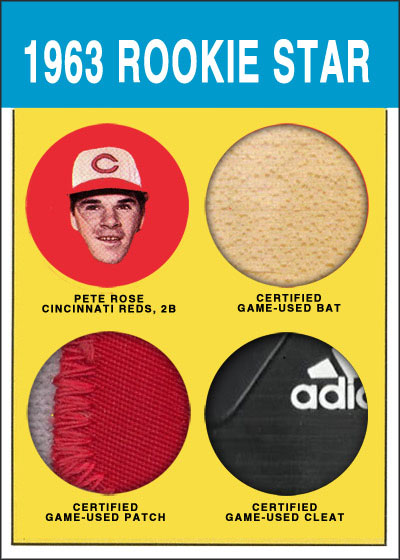 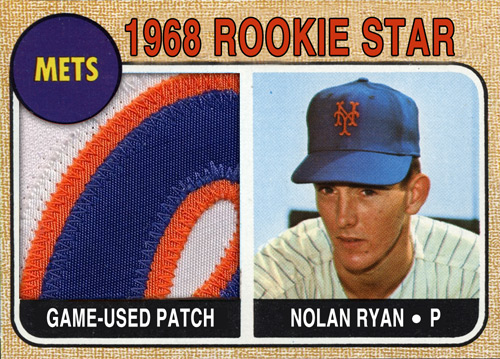 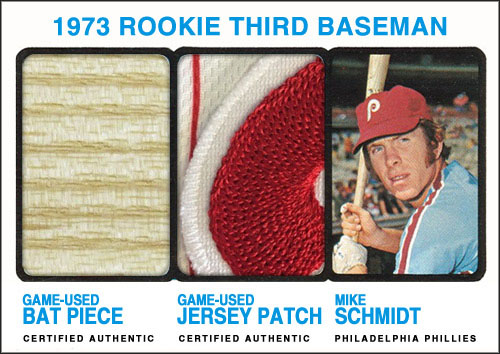 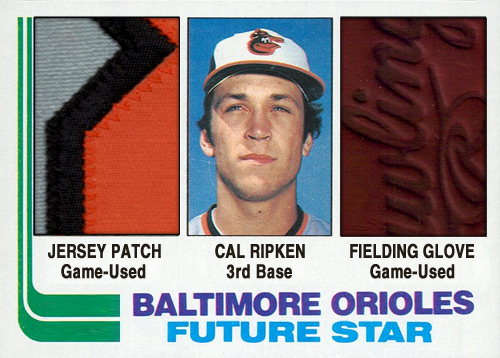 Personally, I think collectors would fall in love with these.  I know I would.  Here are some pics of them staged in one-touches (my personal favorite!) 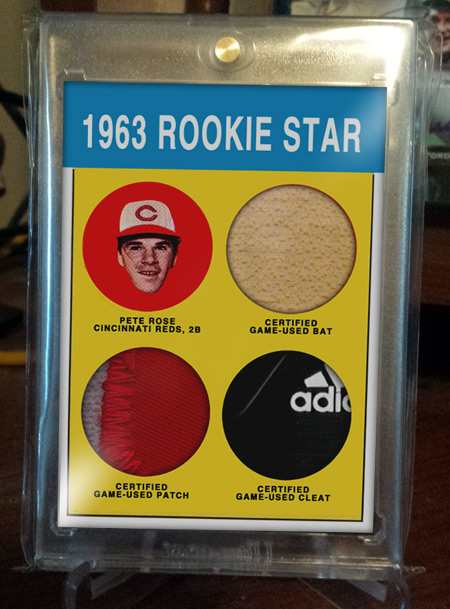 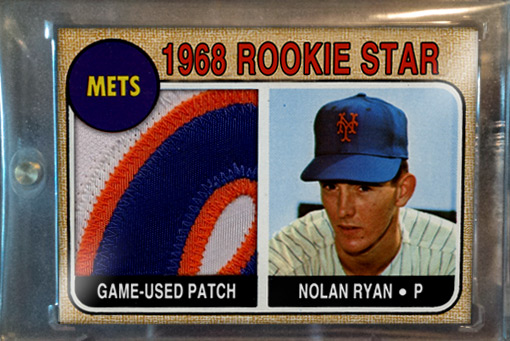 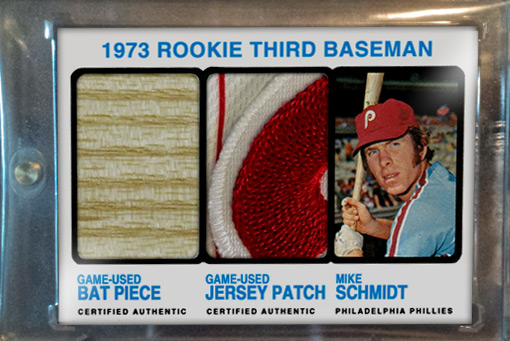 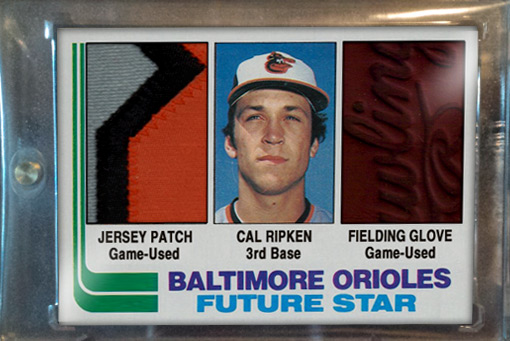 What vintage multi-player relic card like the above do you think would be awesome?