These past few weeks have been awesome for my collection.  I figured I’d share what has come in!

There is just so, so much that I’m excited about here, but there are a few that I thought should receive some attention.  (The A&G’s will not be talked about, as I wrote about them earlier.)

The oddball of the month award goes to:

This is only the 2nd SP buyback I have 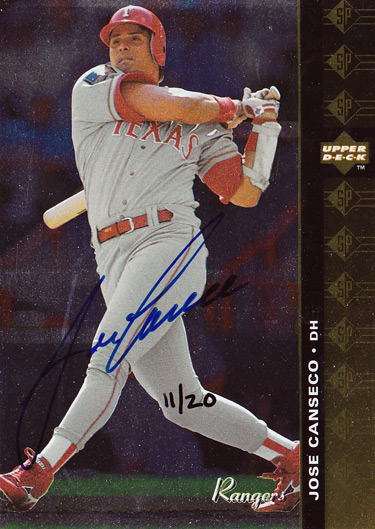 This /5 card is one I never thought I’d see 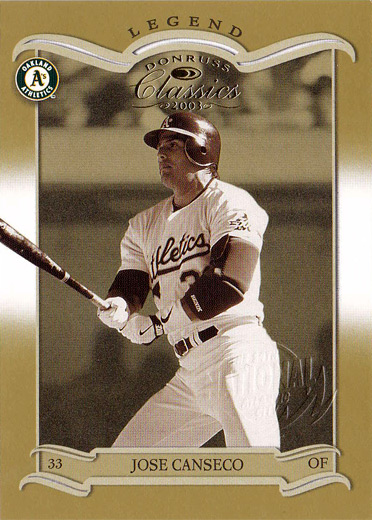 This popped up literally a day after I got my first version of it (the jersey/auto).  I am in love with this design!  I still need all of the versions of this numbered lower than 25, so if you have one, hit me up! 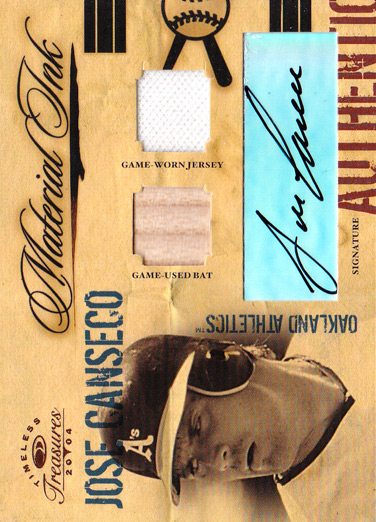 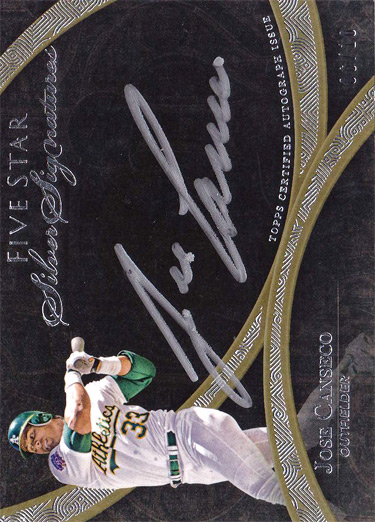 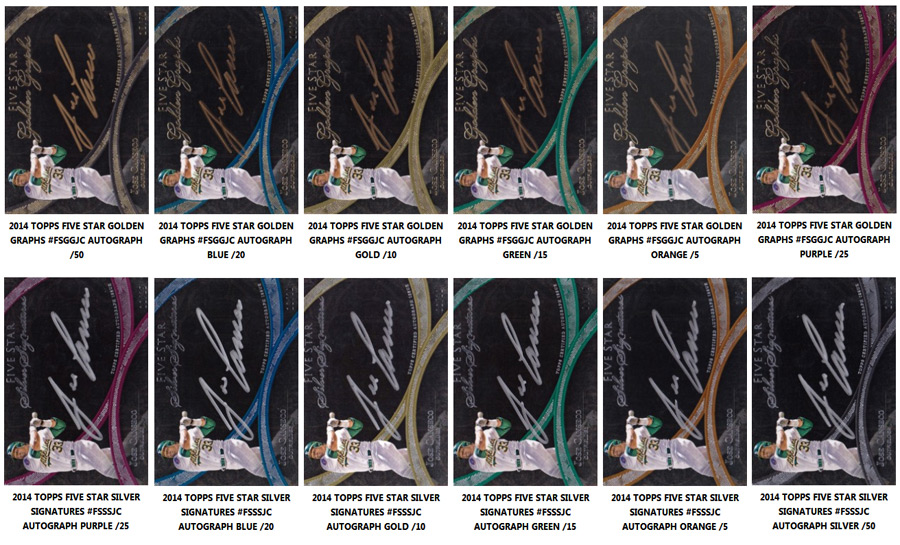 Super tough auto to get!  I’m not really sure why, either.  I am assuming because set collectors go after them as well.  Anyway, everything about it to me is beautiful and clean. 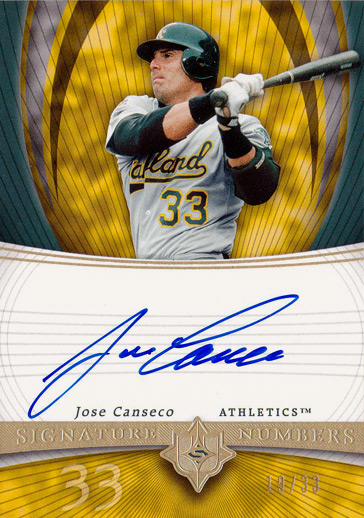 Another I thought I’d never see! 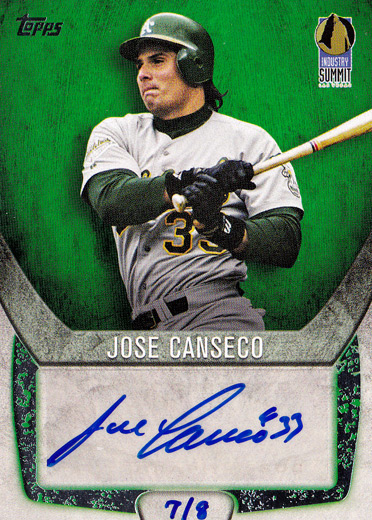 This completes my /10 rainbow 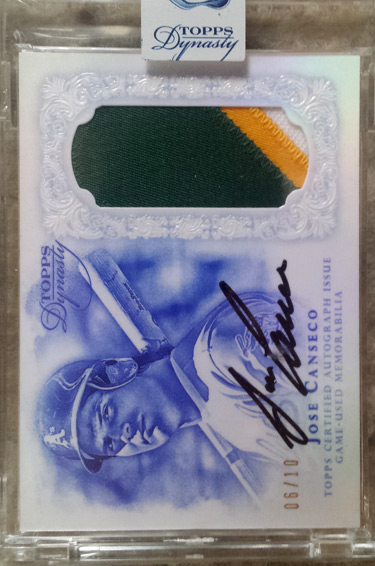 I was also able to get my hands on these 2 beauties.  Like the others, the pic just doesn’t do them justice.  I LOVE the looks of the red version much more.  It is so cool in hand. 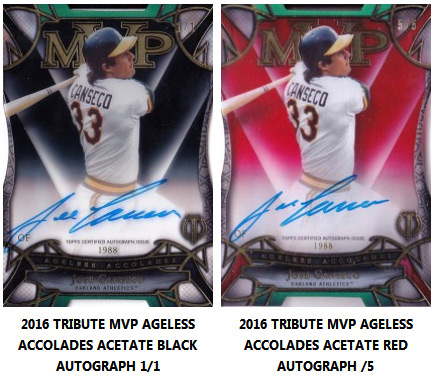 Last but not least, I picked up these from a close friend of Canseco.  He had been posting these online for a LONG time with a crazy-high price just to show them off (can you blame him?)  I’ve always wanted them, because they just never show up.  2000 Topps Tek Gold.  There are 20 patterns of this in gold and they are all numbered to /10.  Going for the rainbow was going to be near impossible, as I only had 3 of them and a proof before this.

According to Worthpoint (which I hear is not 100% accurate) these are the only ones that have hit ebay in the past decade-plus, and they apparently all came from the same seller.  (One of them was bought and re-sold, and 2 or 3 other proofs were sold as well.) 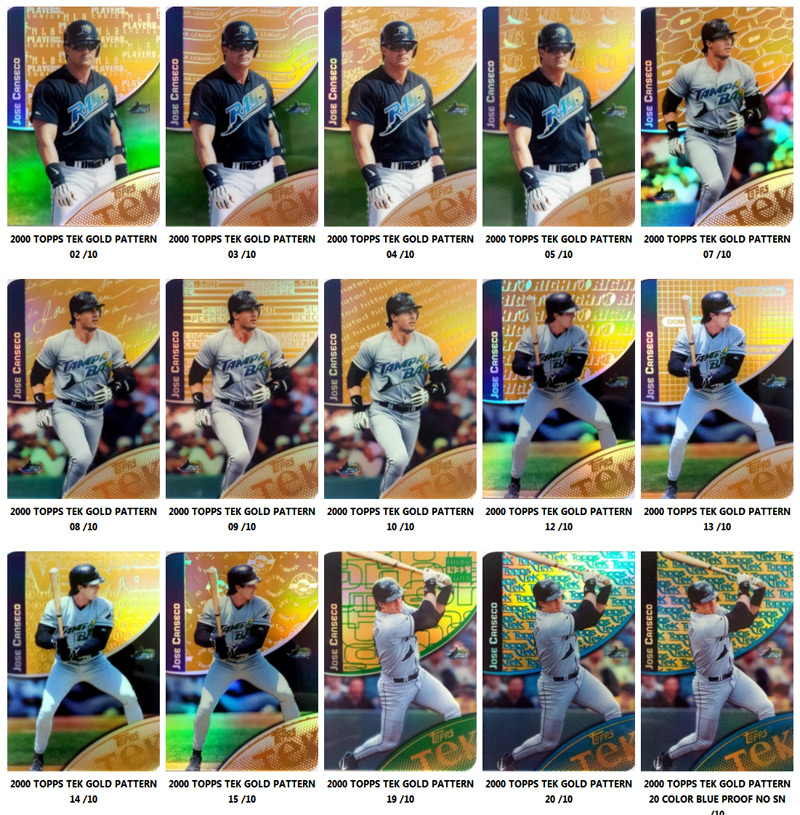 The picture above includes the 3 I already had.  This supercharges me from having 3 different regulars to 15 different regulars. Well, it would have at least except I found out one of them was a double (DOH!) I was really bummed about it, but talked to fellow supercollector Jamie about it and he did not have the one I had a double of.  He also had one I needed. He graciously agreed to trade me my double for one of his that I didn’t have, so it puts me at 15 regulars (once it comes in, that is.)  Thanks, Jamie!

I love them all so much and need only 5 more! By my calculations, I should have the entire rainbow by the year 2,163 🙂

Last but not least, this card comes from the same seller. I’ve always wanted it, because it is incredibly beautiful. Like the TEK Golds above, it was listed online forever with a hostage type price just to show off its beauty.  I thought this was a pie in the sky card that would never be attainable.  (I love it, but not $10,000 love it!)  Thankfully, the previous owner has bigger fish to fry, and he reached out to me saying he would let it go.

I literally stayed up late into the night to make sure a deal was done for this.  I didn’t want to lose it.  To me, this means more to me than most of the autographed 1/1’s out there that have been put out in the past few years.

Here it is:  A card that, once in the mail, kept me up at night. 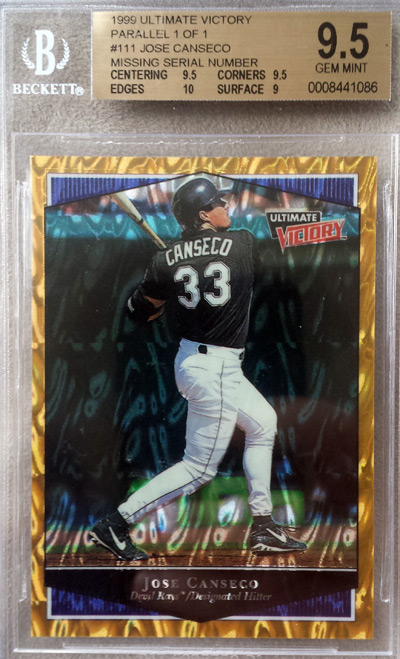 This card is surrounded by a bit of controversy.  A little bit of online research online shows that this card was either back-doored, made as a replacement for the serial numbered 1/1 version or is the only version and one with a serial number was never made.  While I have seen some of these with and without serial numbers, it is not clear if all of them have both versions.

Regardless of the story, this new addition easily rockets up to the top of my favorite 90’s cards in my collection. I’m not sure exactly what place it takes, but for me, it is in Crusade / Brilliants 24k territory, due to how absolutely beautiful it is.  Plus, while I do hope it is the only one out there, I do love cards with controversy & mystery surrounding them!

Part of what I love about collecting so much is being able to share with you what I’ve picked up online.  It is great hearing feedback on what I’m excited about!  Thanks for looking/reading/commenting and more importantly, thanks for helping me grow my collection by giving me a heads up whenever you see a rare Canseco!