A few months back, I stumbled upon a thread on FCB (www.FreedomCardboard.com) that talked about how someone was setting up a mega 16 slot custom card tournament.  I LOVED this idea, and immediately wrote forum member MisterT asking if I could join in.  I sent over 4 possibilities for entries, and they ended up setting up a mini bracket to pit my cards against each other.

I was particularly interested in this, because I know there are several talented custom card makers out there who have been doing customs for many more years than I have, and I was curious to see what else would be entered.

As it turns out, 5 of the participants had entered with cards I had made for them.  That was fun to see!  The tournament started on 6/27 and has become a thread I probably check most frequently.  At the time of this writing, it has over 30,000 views and 346 pages of replies.

The tournament ends on 8/27 and as of last week, the cards I created filled up all the final four spots.

Through this tournament, I have learned that people can have a WIDE array of opinions in terms of design – much wider than I had imagined!  Several times over, I thought one card would completely sweep its competition, only to have it come down to the wire and win by a razor’s edge of difference!

Here is where the bracket is now (we are in the finals): 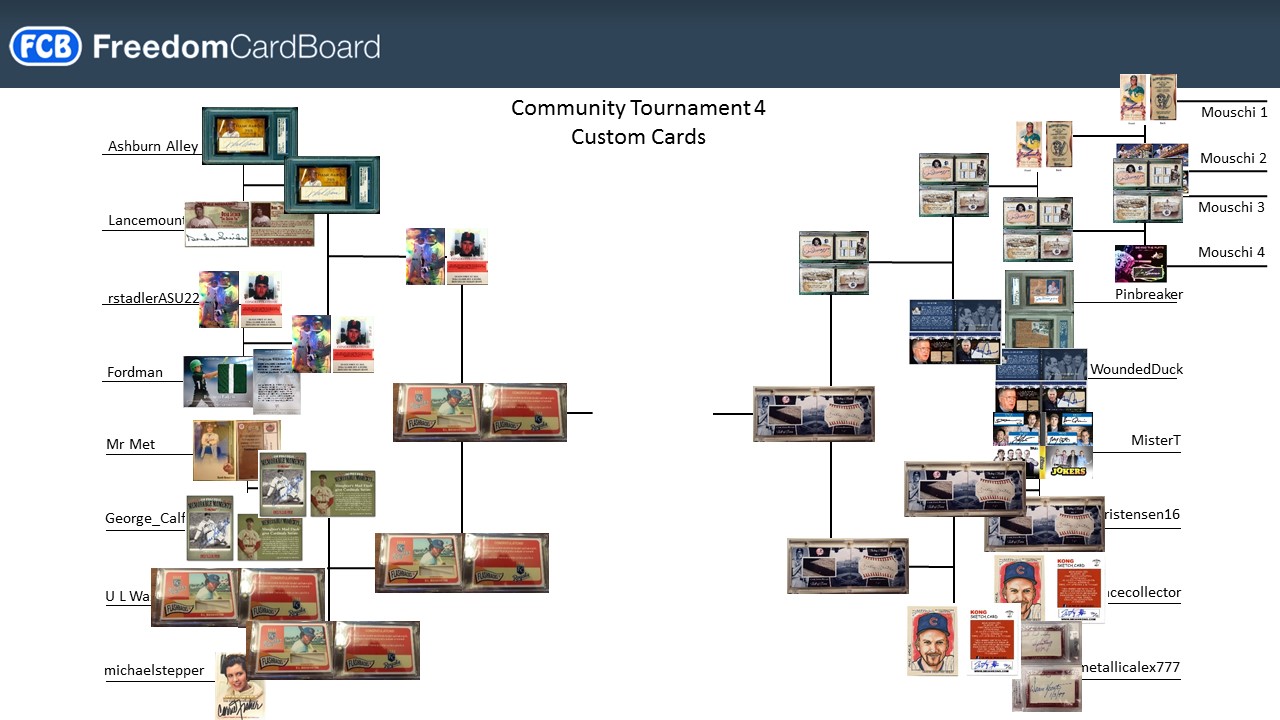 Here are bigger pictures of the finalists:

UL Washington with a Toothpick: 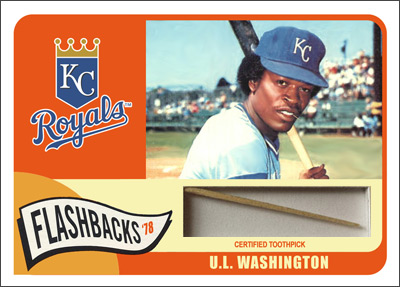 If I looked at these two in the beginning, I’d say the Mantle would EASILY win but now, I’m not so sure.  The voters in this tournament have seemed to value bright colors and quirkiness more than I had anticipated.

Forum member GraceCollector coined the finals to be named “The Mick Vs. The Pick”.  I thought that was very clever, so I decided to have a little fun in Photoshop and make this look like a main event of a UFC or boxing match.  Here is what I came up with: 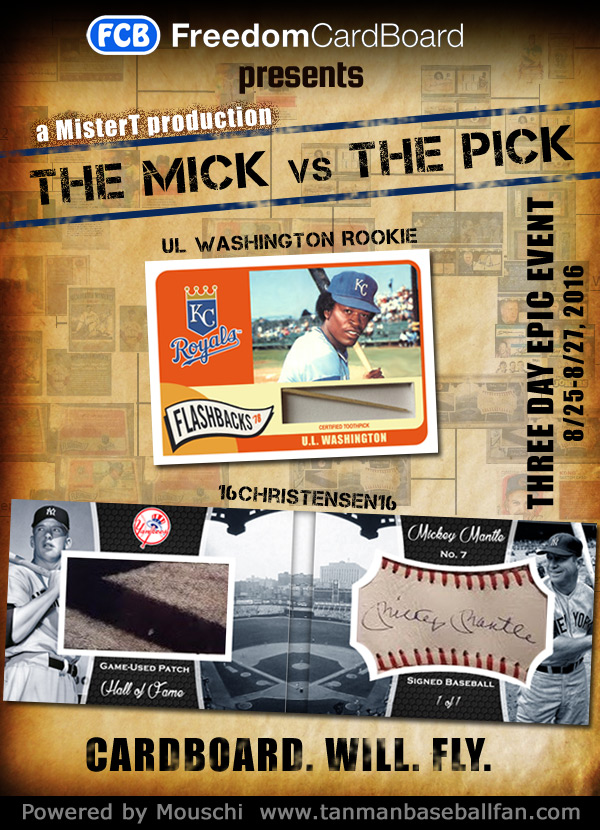 Then I figured, why not take it all the way to MGM? 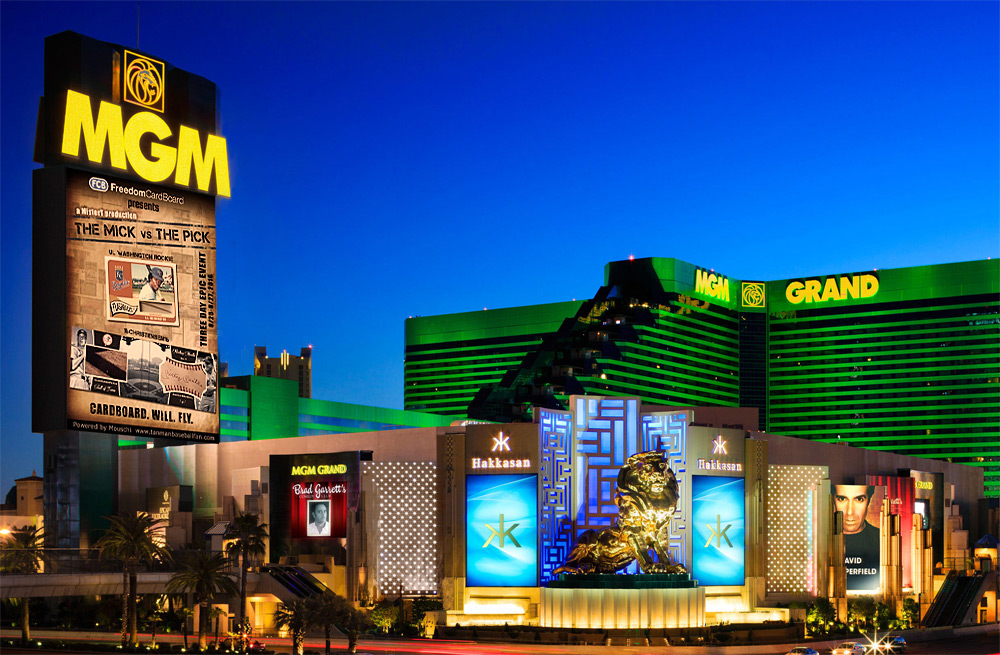 I’m watching with a bag of popcorn to see who wins.  It has been a fun ride, for sure!

Oh, and if you wanted to check it out, you can click here:  http://www.freedomcardboard.com/forum/showthread.php/151336-FCB-Custom-Cards-Tournament-The-Pick-vs-The-Mick-open-until-8-27-at-11PM-ET