You are at the counter of your favorite baseball card shop, gazing at all of the boxes of wax packs with tags cut out pieces of neon cardboard displaying the price of each.

Packs in hand, you rush home in hopes of landing a gold medallion insert of your favorite player.  Knowing you have better odds of hitting a unicorn on your bike on the way home, you still hold out hope.

Fast forward to today, I guess, I never really paid much attention to the odds of pulling these from packs.  While I wasn’t particularly a fan of the base design, Ultra had a number of great inserts.

Let’s break this down a bit here:  (As I was researching and writing this article, I found an interesting article that had already broken down some of this here, so apparently I’m not the only one who has taken notice of this: http://www.radicards.com/reviews/1996-ultra-hitting-machines-gold-medallion-baseball-cards)

One per pack.  Odds of pulling this Jeter?  1 per 300 packs.  Working alone at pack busting, that would put you at having to pay $450 to finally land the card of your dreams.  (Don’t worry – you could probably make a thousand base sets while you are at it!) 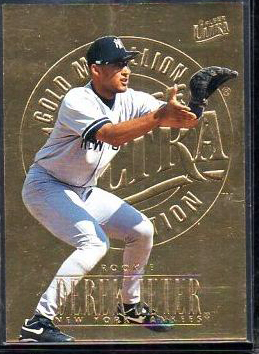 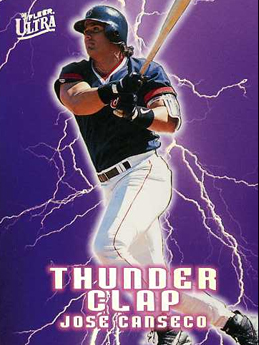 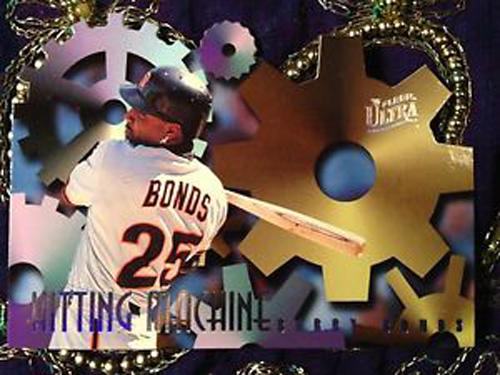 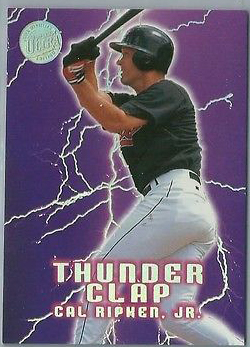 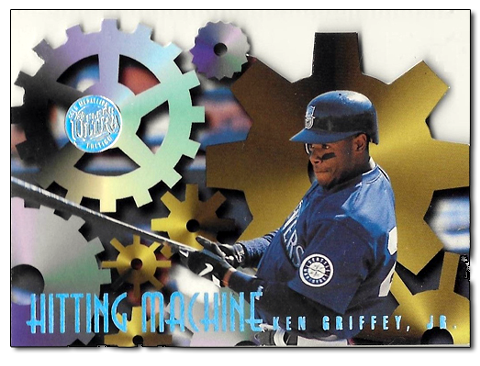 I don’t know about you, but over 43 grand to open packs to find the card you want is a LOT of money to me.  Could you imagine how long that would take to open 28,800 packs #ifyouarentbrentandbecca  ?  We are talking 345,600 1996 Fleer Ultra cards being opened.  I wonder how many they actually made?

Today, many of these cards are available online, and many of the super stars can be found for $3-40 each (yes, even the Gold Medallion Hitting Machine cards!)  Well … except for the Griffey.  That one seems to fetch $300-400 nowadays.  But in light of the fact that $43,000 worth of packs had to have been opened to get it, doesn’t that seem like a bargain?

Aside from gawking at the cost of how many packs it took to have been opened to find a particular card, the greatest thing that I get out of all of this is a significantly heightened sense of appreciation for the “tough pulls” in my collection.

In 2016, we can easily grab the serial numbered cards out of 25, 10 and even 5 if we are quick enough to eBay once the breakers start to cracking.  There is something special though, about finding cards that were tough pulls from 20 years ago, preBay (see what I did there?) and imagining all the money that exchanged hands and the path it took to get into your collection.  For the player collector of someone in the Hitting Machine Gold Medallion parallel set, just imagine having 1,200 boxes of 1996 Fleer Ultra, and only being able to reasonable expect ONE of your favorite player.

To me, that is diamond mining and the visual of having your man cave stuffed with unopened boxes just to get to the ONE  card you wanted adds much needed significance to a card that otherwise would just be sitting in your box with no significance beyond book value.  It gives each card a fuller story of how it made its way to your collection aside from the usual backstory of “I saw it on eBay, clicked buy it now and it showed up in my mail box 3 days later.”

Hopefully this helps give you a new sense of appreciation for your collection again – whether each card was easily found at one per pack, or one per 30,000 packs.