When you land a card you missed out on previously

I’ve had some pretty great luck recently in landing cards I had missed originally. The latest one is kind of fun because of the roller coaster that it took in order to get there. It involves this card here: 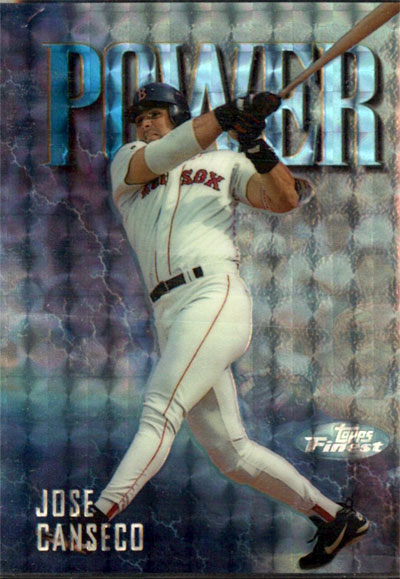 In and of itself, it is a beautiful card. 1997 Finest Embossed Refractor. Awesome stuff, right? Well, someone was selling a bunch of cards which a bunch of us forum junkies caught wind of. It was being sold by a guy who had a bunch of Finest / Refractor cards that were missing serial numbers, die-cuts, etc. I saw that he had 4 Cansecos that were missing such things and he had copies of 2-3 of each. Some Canseco cards he listed didn’t say anything at all. The pictured Canseco above was different, though. It was an embossed copy … without embossing! I don’t know about you, but this kind of stuff gets me excited as a collector. LOVE IT.

A few weeks ago Sunday evening as I was browsing eBay, I came across these. I thought they were kind of cool, but not really urgent to get them because I thought the only thing missing were serial numbers … plus he had more than one each. What did I have to lose, right?

I put in a very lackadaisical offer on some that night, and promised myself I would investigate it further the next morning. That is all well and good … if no one buys ALL of a certain copy!

Yeah, turns out that the card above had 2 copies available, and both were bought by some person that clearly doesn’t care about mouschi! 🙁 LOL

I sat up right and immediately bought the other 3 cards that I had offers on. 2 were gold refractors (1999 and 2000) missing the serial numbering AND the die-cut on the edges of the cards. The seller hadn’t even mentioned this part about it them which is what appeals to me most, and makes these some of the coolest refractors I have in my collection! I’m glad I acted quickly too, because shortly thereafter, someone scooped up all other copies. We may never see them hit eBay again, ever! PHEW.

Still, no matter how awesome the gold refractors are, I couldn’t stop thinking about how I missed BOTH copies of the 97 Finest Embossed Refractor with no embossing. Again … we may never see this again! I ended up begging and pleading with the seller to pass my email address to the buyer. He misunderstood thinking I wanted the buyer’s email. After explaining to him twice that I didn’t want the buyer’s email, he ended up just ignoring me.

I then took to the forums and twitter to ask if anyone knew who the buyer was … crickets.

Since desperate times call for desperate measures, I ended up calling eBay as a last ditch effort. I asked the support person to kindly pass my email to the buyer. They too misunderstood, thinking I wanted the buyer’s email. After I explained again, they said it would be against their privacy policy. Uhmmm. Okay. :/ They ultimately told me there was absolutely nothing that could be done and ended the call.

I decided to call eBay one more time, and told the story to the support person. I thoroughly explained I wasn’t asking for the buyer’s email. They said “Well if you have their user name, you can just contact them through eBay.” I’m always polite with these guys, but had a bit of a snarky laugh. “Ma’am, if I had his user name, I wouldn’t need to be calling!”

I am still shocked this happened. As if that wasn’t crazy enough, it turns out it was a forum member named chippercards.com – as it turns out, he knew who I was and basically gave me the card AT HIS COST!

chippercards.com: a big, huge, massive THANK YOU for my new card. It just came in today and I love it! Here are a few pics of it with the other part of the rainbow.

You can’t tell easily from that picture, so here is a closer up pic of the missing die-cut around the edges. 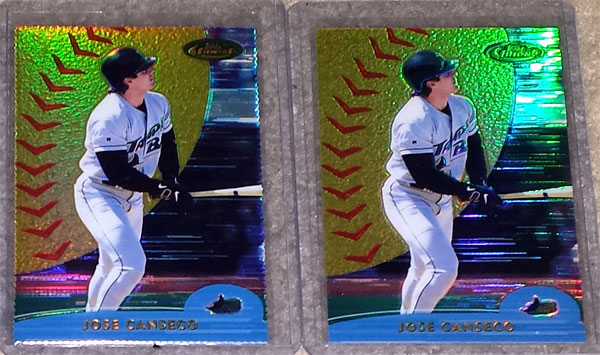 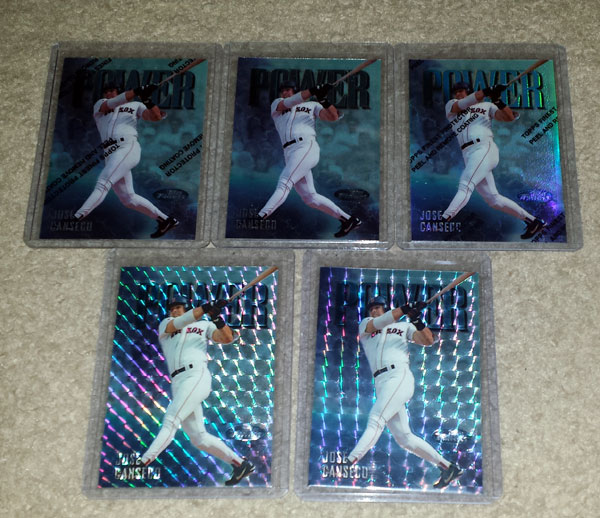 And last but not least, I also have this incoming: The color correction match print photos used to produce the card. 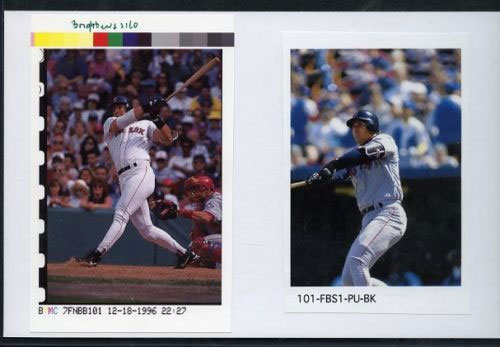 Needless to say, I’m very happy with how it all turned out!

Do you have any stories of the one that got away, but you were able to reel it in anyway?