Remember the days when you could get a pack of baseball cards for 50 cents?  I do.  I don’t ever remember getting anything absolutely remarkable, but then again, the hits back then were serial numbered to 10,000 or more and the only time you heard about somebody ever pulling one was through a friend’s friend’s uncle.

I ended up taking a trip down memory lane and picked up a nice little run of topps wax packs from the junk wax era.  The packs I received were from 1984 and ran all the way through 1993.  I decided to crack open the ’87-91 packs because I had a plan.  I was also curious to see what I would pull! 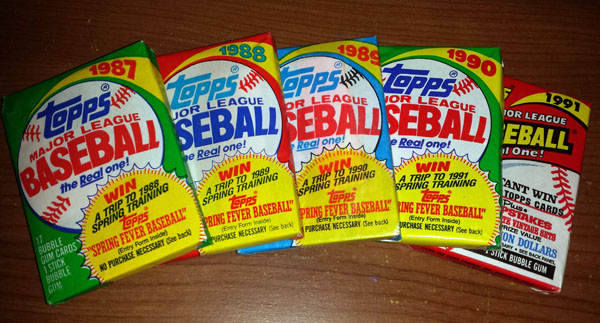 After looking at the packs sprawled out like that, I thought to myself that it was probably more likely that I would get more enjoyment from just staring at them unopened, than what was inside. 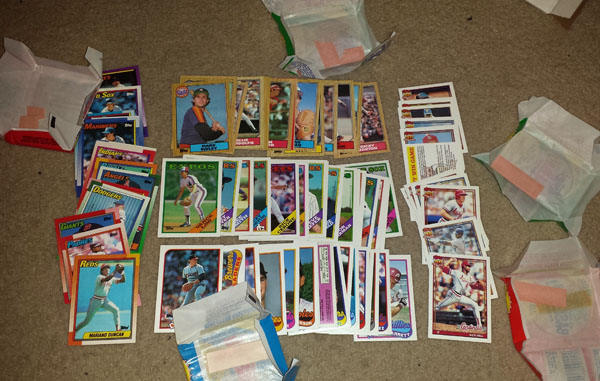 Would you believe that out of all of those cards, all but ONE wasn’t a common?  Here was the “hit”. 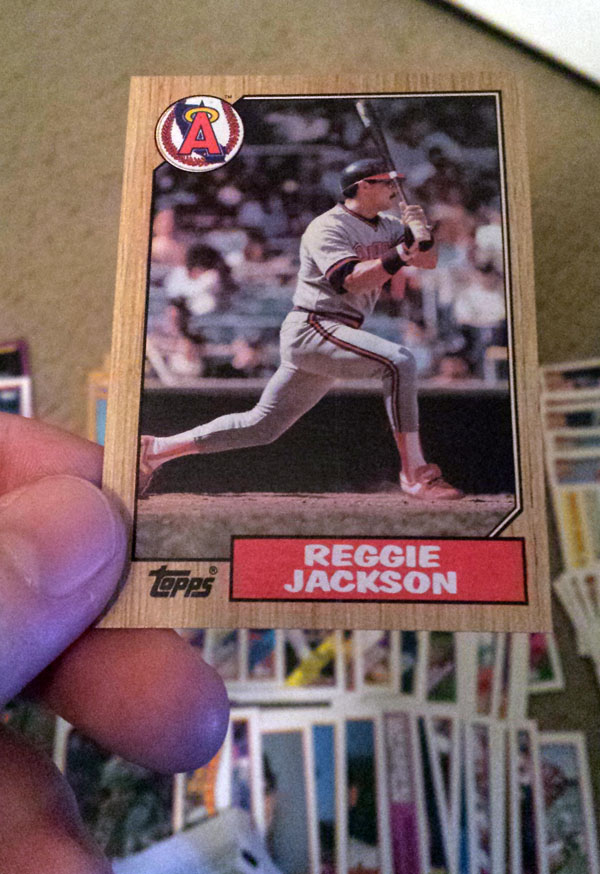 Clearly, these packs have been searched and all of the hits (you know, the $1 Bonds rookies, 50 cent Frank Thomas rookies, $5 Brad Brink rookies, etc.) were ruthlessly yanked out of these packs before I got my paws on them!

I WANT  A REFUND!

Alright, so maybe these weren’t  searched … and if they were, perhaps it was decades ago, but either way it was still fun see the colorful packs laying on my desk.

At least there was the gum, right?  No, no, no.  Not to chew (that isn’t even physically possible) but to grade! 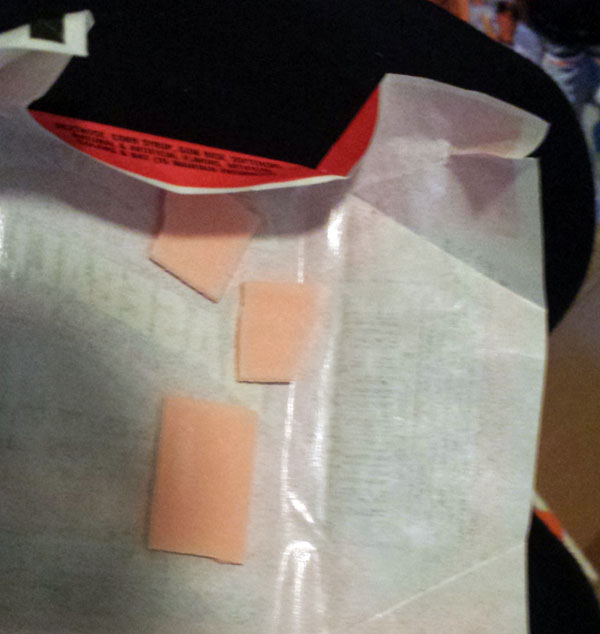 There goes my chance for this: 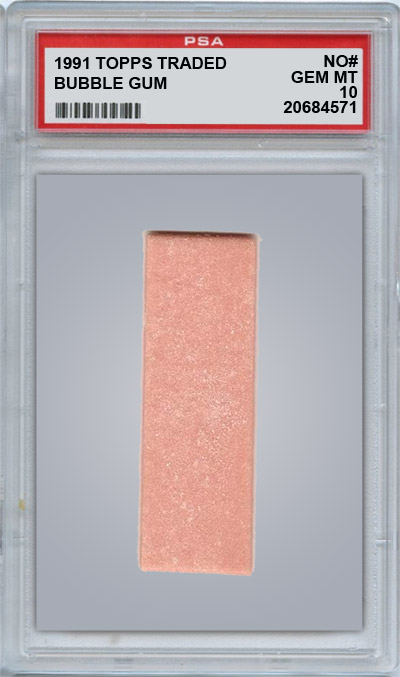 Side note:  I wonder if anyone actually collects the gum?  I hear keeping Topps gum without a license is illegal in 13 states.

I didn’t want the “fun” to end so I went to see if I had any doubles of Jose from each year.  Lo and behold … I did!  You know what that means … (gets out the rubber gloves, scissors and goggles.)

On Twitter, I saw an idea from another custom card maker that i really liked a lot.  The ad said a Canseco was made and I asked for a picture, but never heard back.

So before I go any further, I’m going to come clean.  I ripped off this idea from someone else.  I saw something I liked and took it in a little bit of a different direction to fit my collecting tastes.  and did it to every single regular issue Canseco that you could find in a wax pack with bubble gum….errr…that stiff strip of pink stuff that they called gum anyway.

The idea was to incorporate the two staples in the junk wax era.  The wax wrapper itself and the toxic pink rectangle.  Here is what it came out to look like: 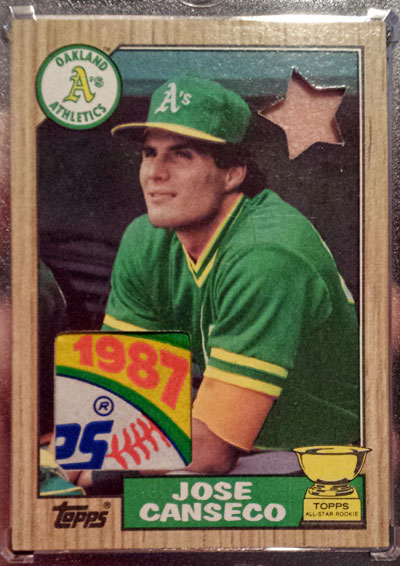 I didn’t want to just leave it like this though, I wanted a hologram on the back … a sticker type thing that is similar to what Topps used to do. 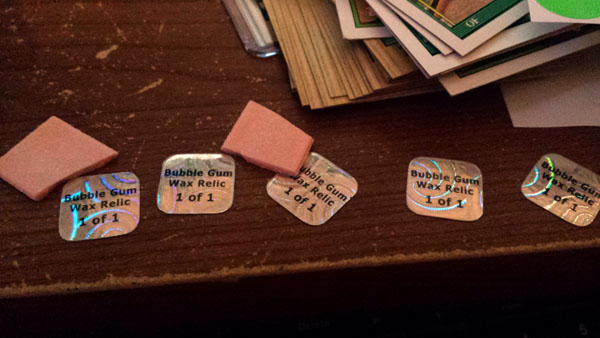 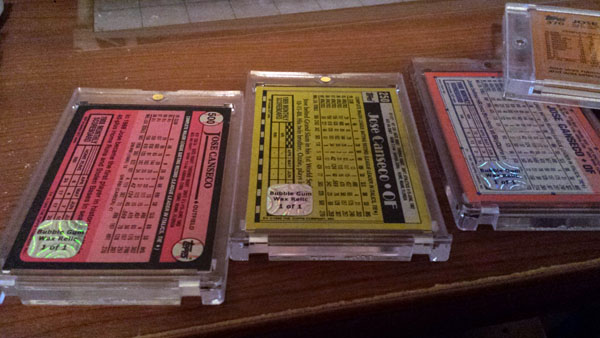 In keeping up with the times, I wanted to “encapsulate” them like Topps does with their buyback cards, so I decided to house all 5 cards in a one-touch and thought about doing a holofoil type of sticker to wrap over the top of the case.

After thinking about it though, I thought “why not use the actual left over wax wrappers for this?  I tried it, and think it turned out very clean, and proper.  It really adds that extra bit of “fun” element to this project for me. 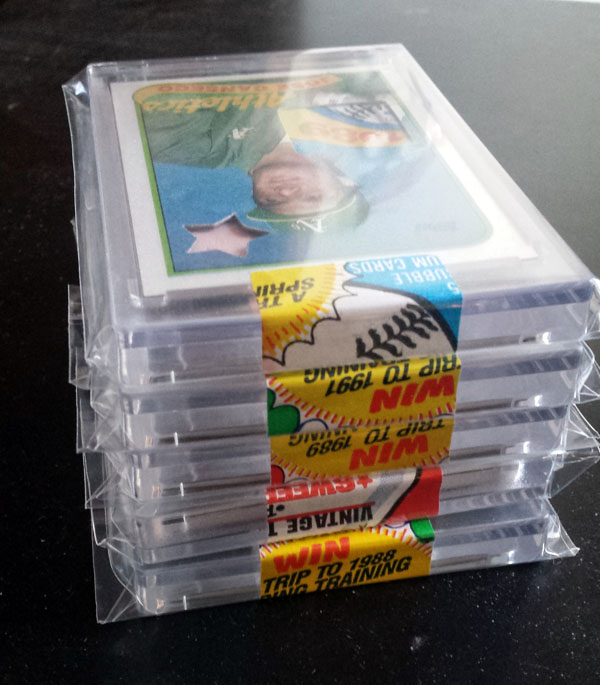 Here are some one by one and group shots of my custom 1 of 1 “bubble gum wax wrapper” relics: 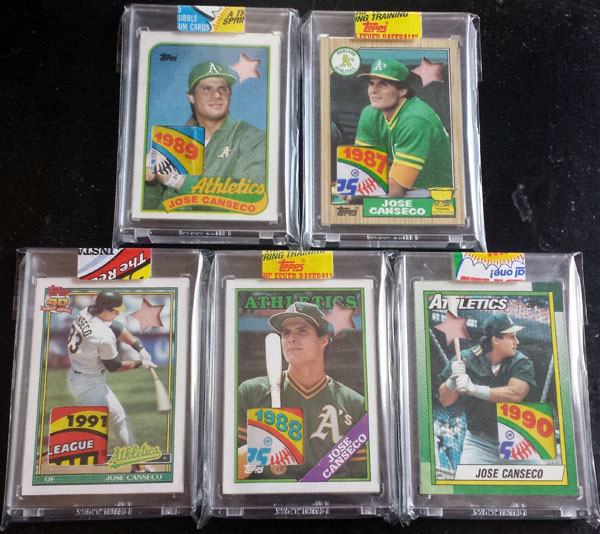 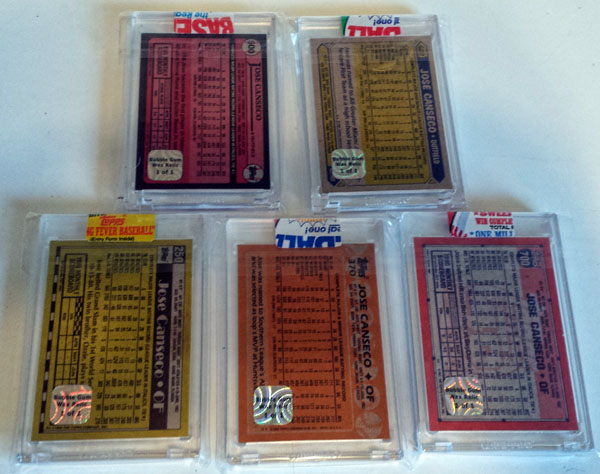 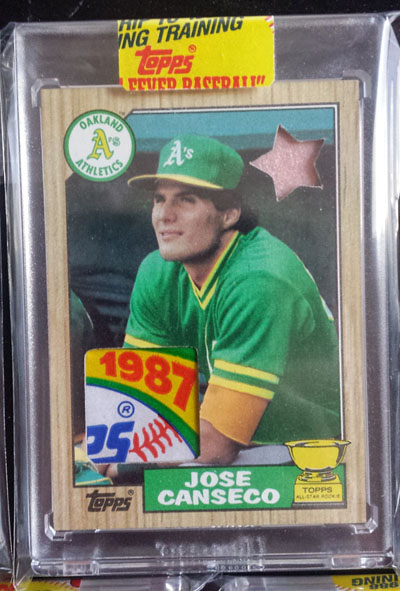 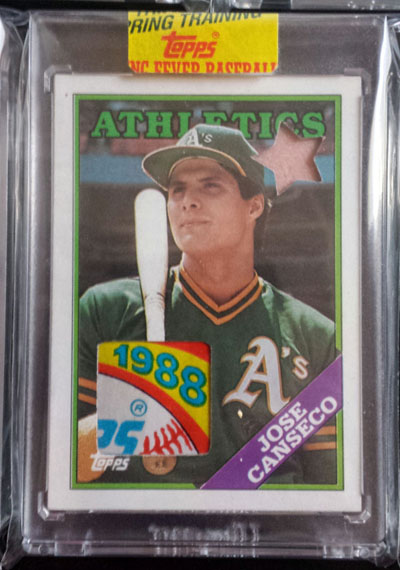 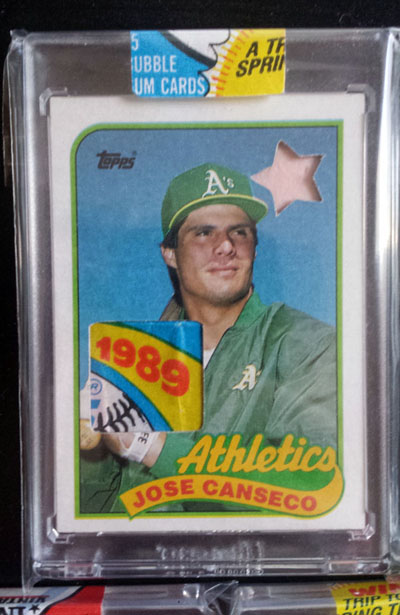 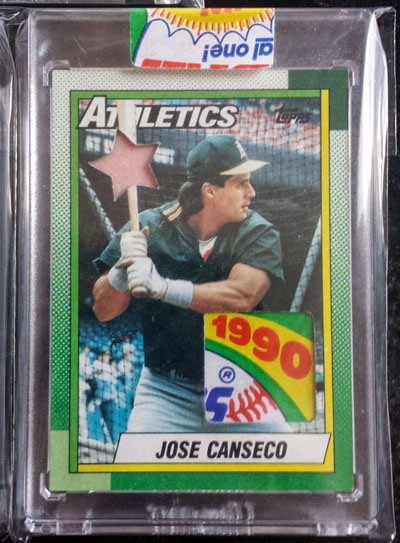 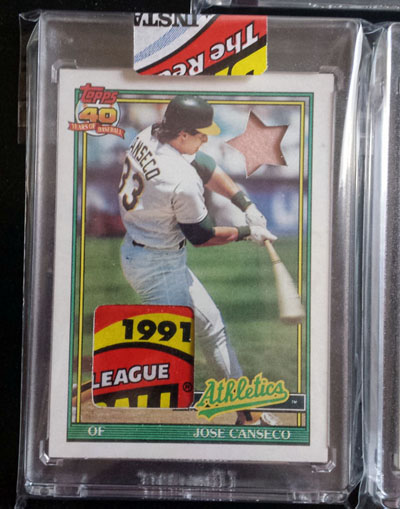 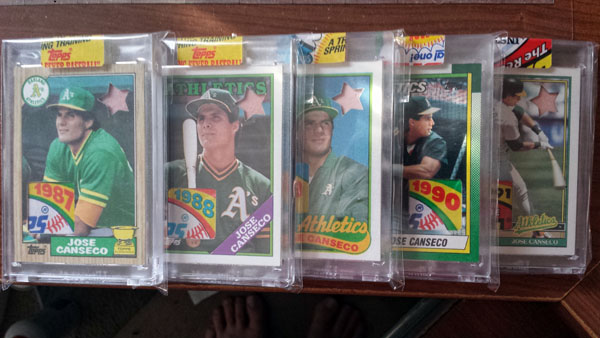 I wish that Topps would come out with something like this at some point, but until then, I’ll just enjoy my custom set.