In the past 7 days, the mouschi family has been involved in 3 parties.  1 party for the the youth group kids here, which I had to completely miss due to some work nightmares (imagine working upstairs when a ton of kids are running around laughing and screaming…mega fun, tell you what!)

The next was a birthday party at “Art Class and a Wine Glass”.  This was fun, because we were supposed to paint a picture with the help of a teacher: 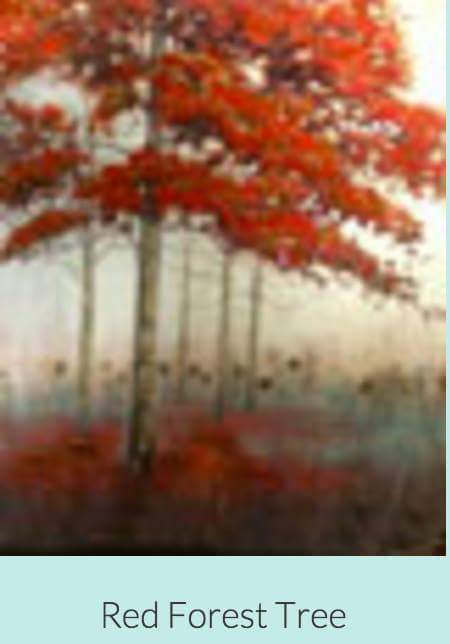 I decided to instead paint something a little different … a Jose Canseco portrait! 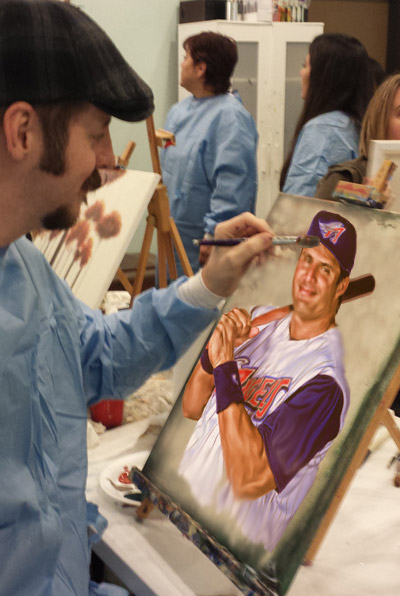 You didn’t expect anything else from me, did you?

Here is a group shot.  The birthday girl is in the very front holding the painting, and her hubby is just to my left, above me.  OH!  I don’t believe I’ve ever shown you before, but my wife is just to the right of me, right below the woman with the red shirt on.  Beautiful, isn’t she? 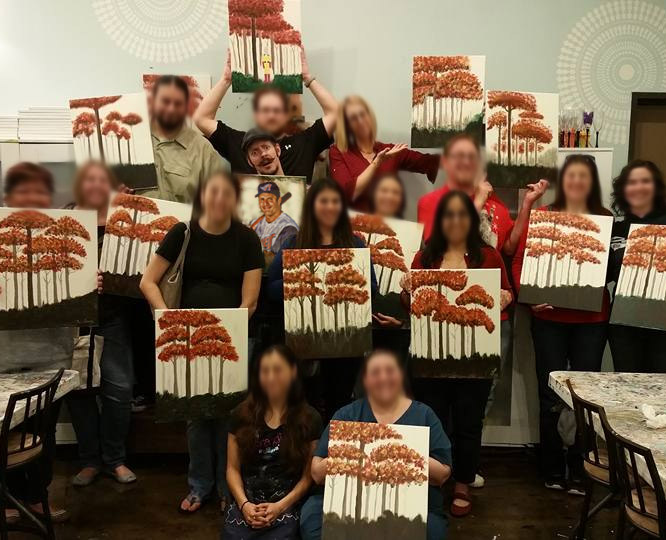 Okay, maybe I’m just a *little* better at photoshop than I am at painting.  My painting kept getting worse and worse after each step the teacher told us to do, so I abandoned ship and free styled it a bit.

Here is the REAL original of mine, complete with flying moustache birds in the background. 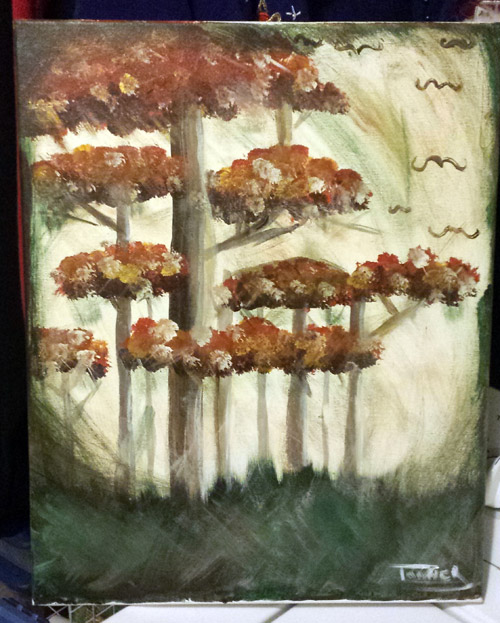 Last but not least, we had our annual christmas party with our friends.  This year’s theme was Ugly Christmas sweaters.  Mrs. Mouschi has been wanting to do one of these for quite a while.  I didn’t want to shell out $50 for an AWESOME sweater like this: 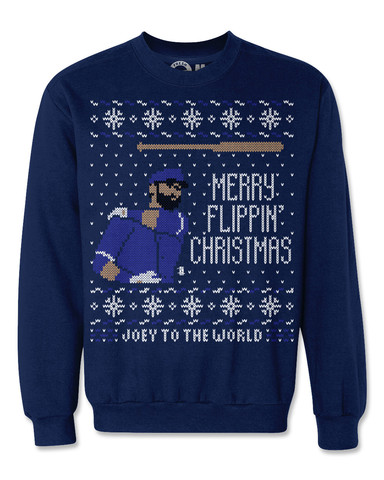 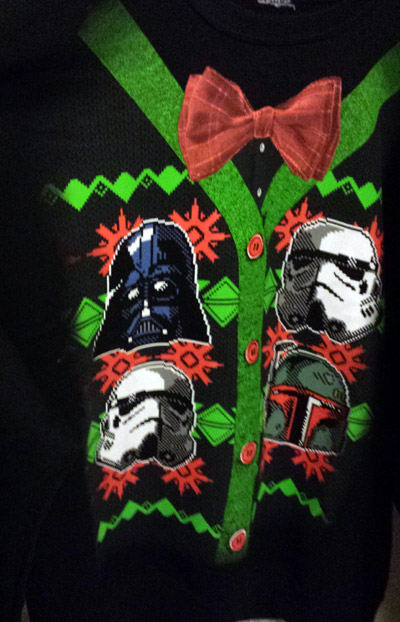 That’s my son’s actually, but I had one similar for the party that was red.

It has been a pretty hectic / fun week.

So where does baseball card collecting fit into all of this?

I would check eBay several times, and there would be absolutely nothing that I didn’t already have.  Then, one night before dinner, the final supreme styling autograph #/15 that I didn’t have came up, so I grabbed it.  Cool!

The next day, a Panini autograph #/10 popped up which I had just missed out on a month before, so I grabbed it.  I had a little bit of a streak going!

The next day, a 2014 Archives SP (unnumbered white border) autograph came up for bidding.  I had let it slip through my fingers a few weeks before, and I was happy that another one had popped up again, as they don’t show up too often.

Then, the floodgates opened.

At the end of the workday, I checked eBay and saw this for sale. 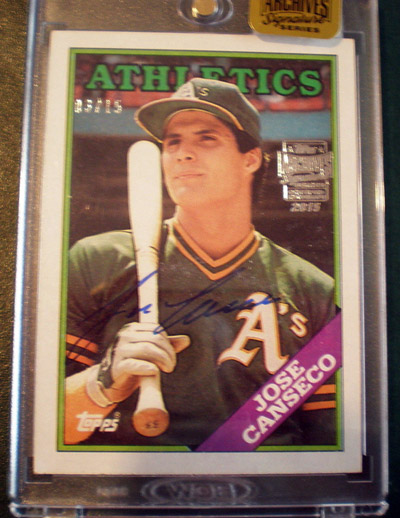 I had absolutely no idea what the heck it was, but I knew I wanted it.  After doing some research, it turned out that it is from 2015 Topps Archives … it is an unchecklisted buyback serial numbered autograph!  None of the buybacks are checklisted for some reason, but when I got it, I was mega hyped.

And then another popped up. 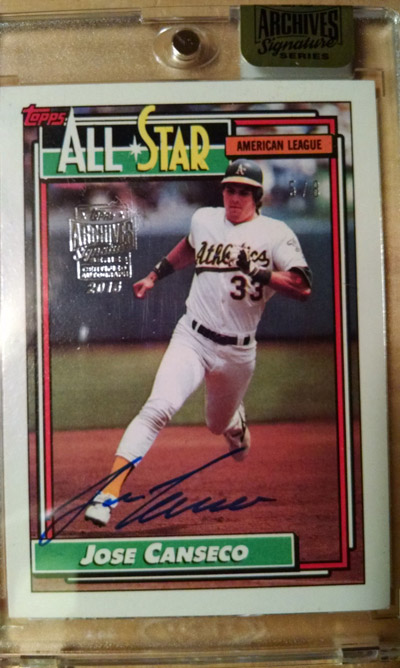 They just kept coming!  Over the past 3 days or so, it has been raining buyback cards on eBay.  I have also had a ton of people online alerting me to new cards they have heard about on the forums, twitter, facebook, etc.   (BTW a BIG thank you to all of you who have sent me leads – I really appreciate that!)

Thanks to you all, and living on eBay over the past 72 hours, I’ve been able to amass a nice little buyback collection … 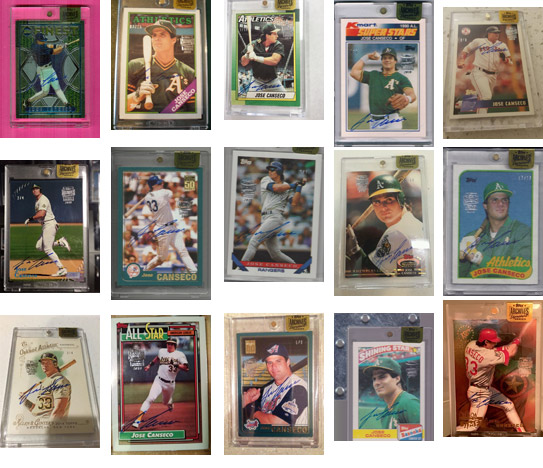 Plus, I’m sure there are several more to come!  A few people told me I was going to enjoy this product, and I’ve gotta say – they were right!  At the onset, what exactly are these?  They are simply old 25 cent cards that have been signed, serial numbered, foil stamped, slabbed and sealed.

It is nothing new really, but there is something that appeals to me so much about these cards.  They aren’t all perfectly mint … some of these have no doubt been enjoyed in other people’s collections for decades before being made new again.

So why do I love these so much?  I think I’ve figured it out.  Topps has taken the cards that are literally a part of my childhood and have magically given them a premium feel with a very low serial number (the highest Jose serial I’ve seen is /23 so far) and had the big man himself sign them on card.  It is like the perfect product match for the my childhood and my adulthood … and there are so many to choose from.

The 1/1’s are great for sure!  But I think one of the more enjoyable things about this release is the KMart cards (and other oddball boxed sets.) 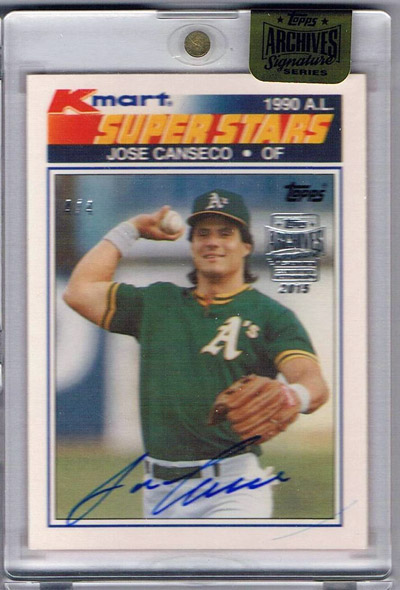 Who saw that one coming?

When 2015 wraps up, baseball card collectors will have had between 40 and 50 releases of different cards, which sounds ridiculous (and maybe it is.)  Topps Archives is definitely my favorite, and by a long shot.

I mentioned this in a previous post before, but I’ll say it again – I laugh when I think about the old collectors who left the hobby back in the early 90’s citing the reason they left was because there were getting to be too many releases.

Once again, thank you to everyone who have helped me with my collection by pointing all of the Canseco cards that have been for sale.  Please keep ’em coming!  There are still several that I don’t yet have.