Halloween is not our favorite holiday.  It does boast my son’s favorite color though:  Orange.  I kept wondering how cool it would have been if the card companies from the 80’s and 90’s made halloween colored variations of cards.  Perhaps they wouldn’t have been all that boring.  I decided to cook up a few myself. 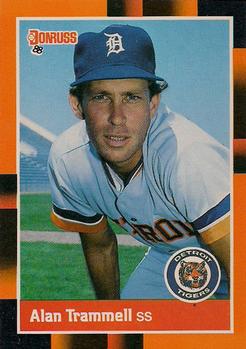 Well, what about if we made 1990 Score look more Halloweeny? 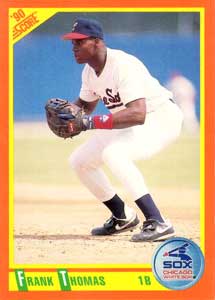 BAH!  They already did that with 1990 Score Rookie & Traded.  (Which, by the way is one of my favorite looking cards from the junk wax era!)

Okay, so how about we come up with our own concoctions?  In honor of my son’s favorite color orange, here we go:

First, for a more subtle 1988 Fleer – I changed the red/blue stripes to orange/black on my man Canseco 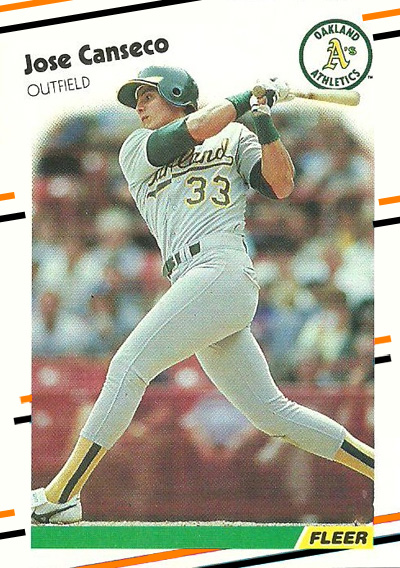 BTW … just throwing this out there (in case anyone forgot!) 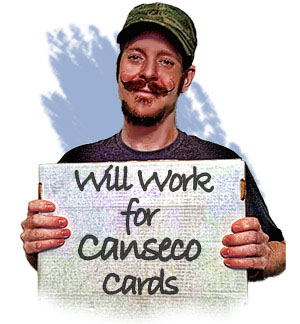 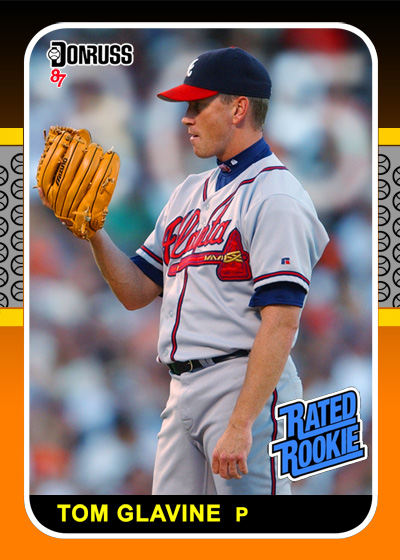 1987 Fleer which I did on the big screen downstairs (biggest baseball card EVA!) 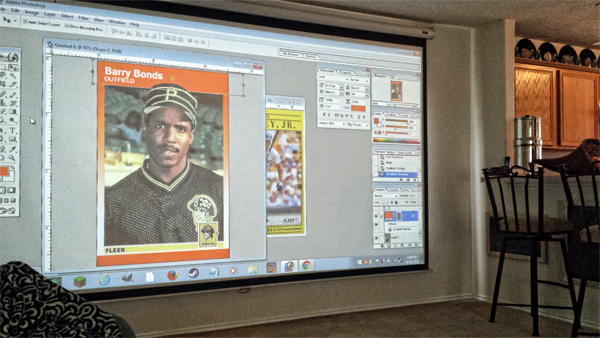 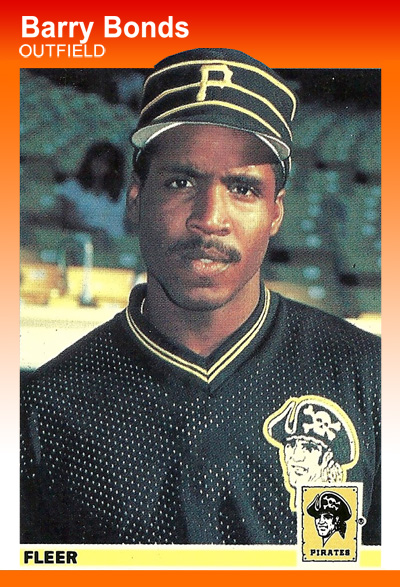 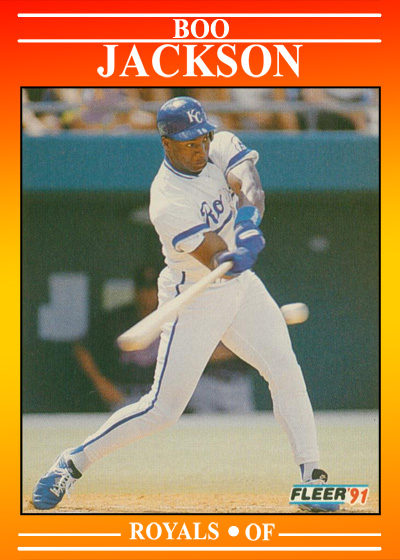 What about a nice 1992 Donruss Jeter? 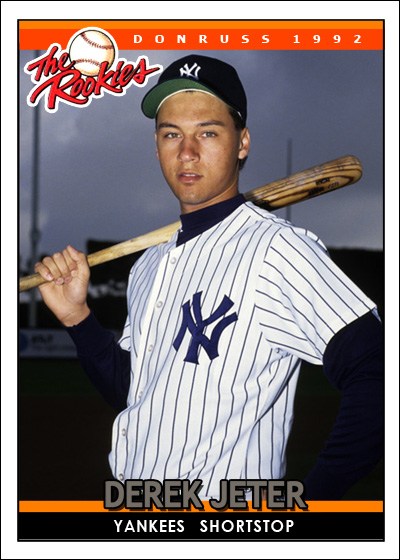 I could have sunk hours into these, as I LOVE doing color variations of cards from my childhood, and I’m sure more will come later, but for now, this is all.  Heck, I didn’t even start writing this story for these cards.  I did it to talk about what happened last night.  Please keep reading …

Every Halloween, my family has a ritual of ordering a pizza and watching a movie together.  We don’t typically partake in the whole trick or treat thing, but this year was different.  For the past week, our neighborhood had advertised that all of the kiddos should trick or treat the night of October 30th for some reason.  I thought this was kind of strange, but I sure am glad based upon what ensued.

Last night, we were supposed to go to a party.  I had a difficult time figuring out who to dress up as.  The front runners were:  The Burger King King, (or should I just say the Burger King?), The Monopoly Guy or Rollie Fingers.  The Monopoly guy won it, but my wife got sick, so she suggested our son and I go trick or treating instead.  My son just turned 13, so I thought he was borderline too old, but figured what the heck – we never do this, so let’s go for it!

As it got dark and the kids started coming down the streets, my son and I got ready.  We walked up and down a few streets, and picked up a good amount of loot.  When we got home, he filtered out all of the War Heads because he can’t stand them.  He ended up giving them all to our neighbor who was dressed up like a giant monkey (which oddly enough, looked incredibly realistic!).

It is about this time that things started to get bizarre.

Right when we were about to call it a night, I heard a woman screaming unintelligibly.  Her screams got the attention of all the trick or treaters on the block.  I decided to break out into a brisk pace to see if she needed anything, and as I got closer, I noticed something drop from her daughter’s bag who was crying uncontrollably.  A colorful snake about 9 or so inches long had just fallen out somehow from the bag.  These were no garter snakes – they looked more exotic.

I yelled out to all the other parents on the block to check their bags, and about 6 other children had snakes in their bags as well.  Thankfully we didn’t have one in ours.  I had my suspicions as to which house it was hiding the snakes.  He was giving out oversized boxes of Jr. Mints, and would carefully place the box in the trick or treater’s bags so it would go undetected.  I was right.

I called the police, but before they could get there, two mothers were beating down the door of the perpetrator.  One was in regular street clothes, while the other was dressed like an angel.  It was truly a sight to see.  As the bad guy opened the door thinking it was more trick or treaters, the two women rushed the small man and pulled him outside. They jumped on him and made him collapse on the lawn while relentlessly wailing on him until he was in near tears.

Thankfully, the police got there in record time to pull the women off, and haul this bozo off to jail.  The spectators applauded the two women and police, as did my son and I.  After all of this madness, I wanted to go home, but my son begged and pleaded to go to just one more house.  I said okay, and I am very glad we did!

We knocked on the door and an older man approximately 70 years of age in a plaid shirt, bright red suspenders and a very respectable moustache opened the door.

“Trick or treat” my son said.  (I got a kick out of this all night, as my son’s voice has changed recently and he sounds more like a man than a boy.)

The man looked truly surprised that someone was knocking on his door, as if no one had come to him all night, even though there was a steady stream of children walking past his house.

“Oh!  I’m so sorry young man, I don’t have any candy to give out.  I thought Halloween was tomorrow night.”  He paused for a while, looking around.  “Say, do you like baseball cards?”

My son doesn’t collect baseball cards, but as someone who does, I may have fibbed a bit.

“Yes, he does!  He loves baseball cards.”  I interjected.  This confused my son as to why I would lie, but he went along with it.  The man invited us in, and in his front room, he had lunch bags each filled with a stack of baseball cards taped up like you would see as you would see grab bags at baseball card shows.  Some of the cards were not taped up yet, and while there were some 1988 Topps cards showing, there were a few piles of newer cards as well.  One thing that caught my eye was a card that looked like a 1957 Topps baseball card sticking out under the ’88 Topps.

“I have been wrapping up all of my baseball cards to give out to the kids tomorrow night, but unfortunately, I have to leave in the morning to visit my sister who is not in very good health.  Would you like all of them?”

I bit my lip and didn’t want to say anything, as the man was intentionally looking at my son for an answer.  My son’s eyes lit up and said “Wow, that would be great!  Thank you sir!”  In Ken “Hawk” Harrelson style, I said “You can put it on the boarrrrrd….YES!  YES!”  I regret that decision now, as it just made things awkward but we ended up getting everything.

I don’t remember the walk home.  For all I know, a dragon could have breathed fire on all the houses while a wizard was riding a unicorn down the street.  All I know is that I had to see what was in the newly acquired cards.

We walked in, I checked on my wife to make sure she was doing okay, and then my son and I started ripping open the cards.  It was absolutely amazing.  Out of the 4,000 or so total cards, about HALF of them were from the 50’s and 60’s.  They were not in bad shape either!  Strangely enough, the 80’s and 90’s cards seemed more rough than the vintage stuff.  While most of them were commons, there were a lot of high number cards in great condition.

The stars of the show were a 1967 Topps Roberto Clemente, THREE 1969 Topps Reggie Jackson and …. wait for it … FIVE 1957 Topps Mickey Mantle cards!  There were a few other Mantles from the 60’s as well.   At first glance, I thought that they were going to be the throwback reprints from newer Topps sets, but they are all legit!  Man, wouldn’t that have been cool if that all really did happen!