While I was hunting Canseco cards at the Tri-Star card show over a year ago, I started shuffling through several boxes of el-cheap-o game used cards. They were sectioned off by team, so my first stop was the Athletics, of course. Sadly, they didn’t have any Canseco cards at all, but they did have several recognizable names. Zito…Zito…Mulder…Zito….Hudson…Mulder…

Hmmm, wait a second. “Excuse me, sir. How much are these each?”

The dealer responded with “They are $1 a pop.”

The wheels in my head started to turn.  I had my hand in a bunch of cheap cards from Oakland’s former Big Three pitchers!  Surely, this would be a fun little project!  So, I decided to grab one each of Zito, Mulder and Hudson.  To make things interesting, I decided to try and grab each with a different color.  I was able to pick up a green, a gray and a white. 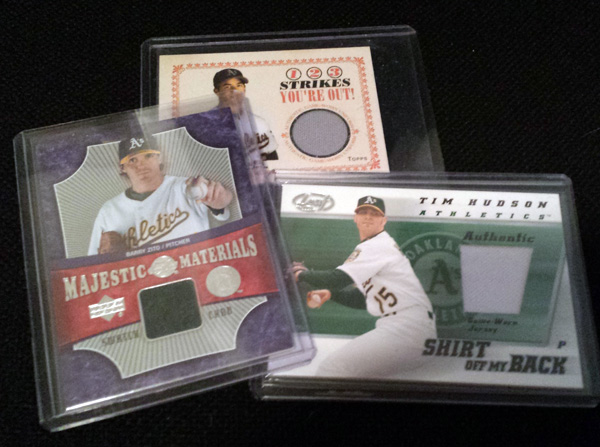 When I got home, I put them in the “to be slaughtered” pile in the top of my hutch and forgot about them.  As with many projects that I conjure up in my head, they just sat there gathering dust.

Mulder has been retired for a while, Huddy said this was his last year, and Zito just recently said he is done.  In my mind, these are still 3 young stars – how on earth did it come to this? I honestly don’t know, but here we are … in a Zito-Hudson-Mulderless world (well, baseball world, that is!)

I figured now would be as good a time as any to have some fun with these dusty old $1 cards.  I started playing with a few ideas in Photoshop.  Here are a few early renditions.
My first try: 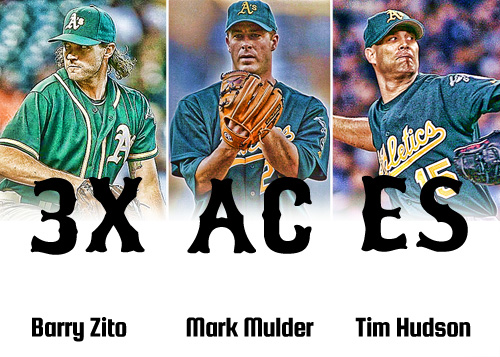 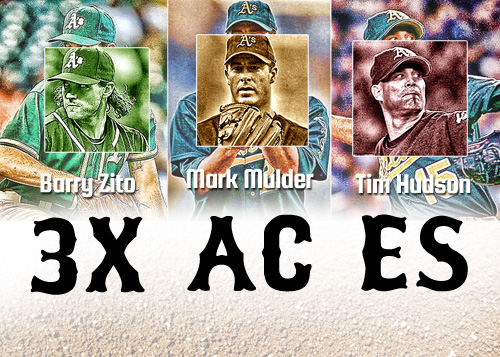 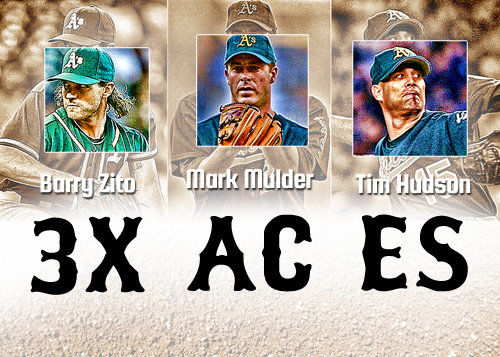 I ended up dropping the Triple Threads type of game used text.  I’ve oftentimes wondered if Topps hired the Chic-Fil-A cows to come up with what they say on cards.  Many times they just seem bizarre.

Anyway, I didn’t want to spend a TON of time on the card, so I settled on this: 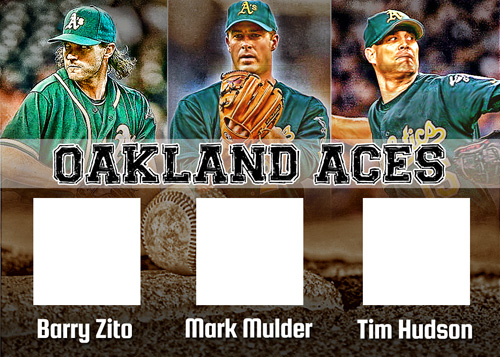 To amp things up just a bit, I decided to make the card a foil one.  I don’t think you can tell too terribly much from the picture, but when you look at the card in hand, think: 1993 SP foil cards. 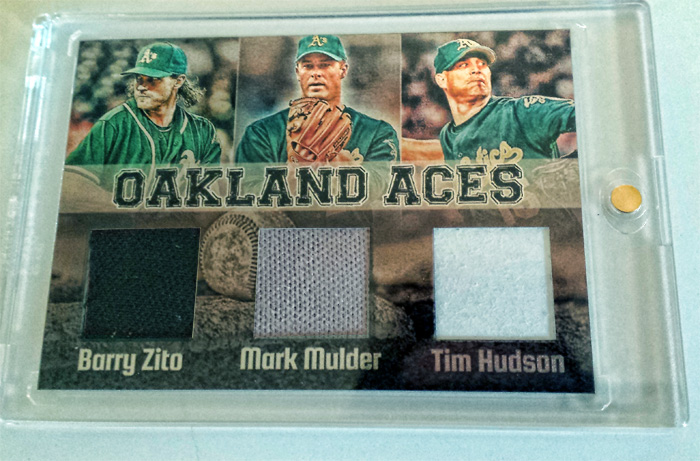 It was a fun little project I was able to do of 3 pitching aces from my favorite team, and aside from the time it took, all it cost me was $3.