Hunting a Card that Doesn’t Exist

When I first started actively looking for, and buying cards for my PC, I wasn’t exactly a big spender.
Take this card, for example.  I had never seen this card … ever.  In all my 26 years of collecting.  It was a blank back and up for sale for $4, I believe, and shipping was $3 if I recall correctly. 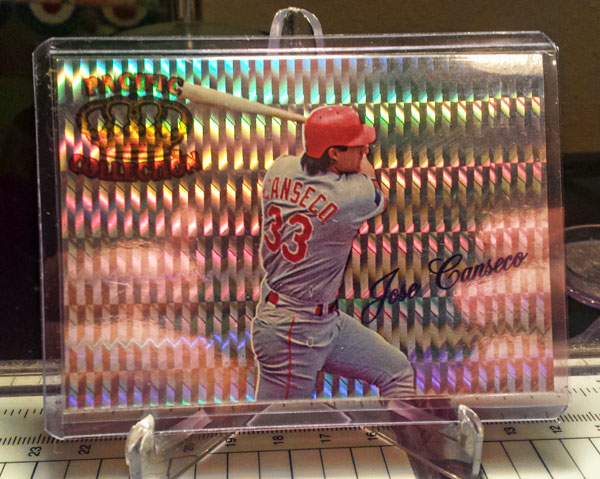 I wasn’t too keen on spending $7 on a card like this, so I did what anyone would do in my situation.  I asked the buyer if he would be willing to do $5 including shipping for this card. 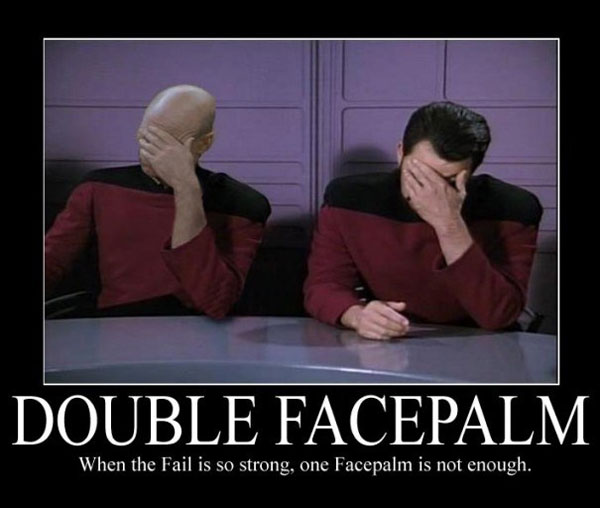 EPIC FAIL on my behalf.  I can probably pinpoint this as being the turning point to know when to spend money and when not to ask for $2 off.  It was purchased shortly thereafter, and I got a message from a friend.  “Hey Tanner, check what I just picked up.  I’ve never seen it before – crazy, right?”

This card is nowhere – not even on checklists!  Well, except for my personal checklist … notating that I DO NOT HAVE IT!  I emailed the seller to try and glean some information from him about it, and he said he got it years and years ago at a card show & has never seen it again, or since.

My friend and I were going to do a trade but he couldn’t find it, so I decided to research it more heavily, to no avail.  After a while, I saw an ebay listing for some Prism advertisements from the early 90’s. 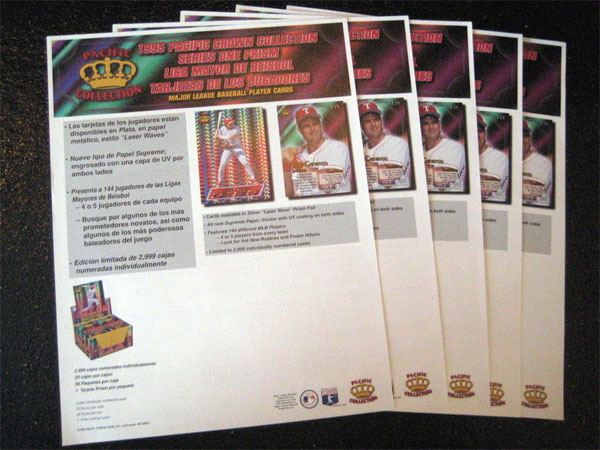 Do you see the picture in the bottom left corner of the ad?  Here it is blown up a bit for you … 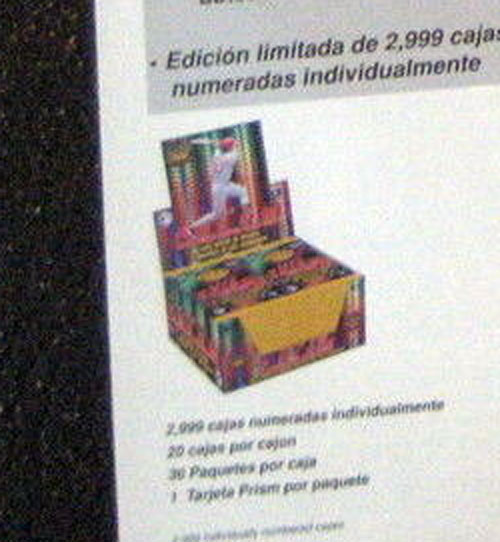 Look familiar???  It is a box of 1995 Pacific Prism Spanish.  The box top looks awfully similar to the card I was chasing.  Perhaps I wasn’t trying to chase a “card” at all, but rather a box top!

The ad was titled for 1992, so it took me a while to figure out it was for 1995.  After emails out to dealers, and others on ebay, I simply couldn’t find these boxes for sale!  I found a blog about them back in 2010, and wrote him but never heard back.  I also found someone that had sold several boxes of them for $400, if I recall correctly.

I decided to write the seller and ask if he would please reach out to the buyer (even though it was months ago) to see if he would sell me a box.  I didn’t think this was going to happen, but I had to try.  Sure enough, he put me in touch with the buyer!  We’ll call the buyer Brandon (because that is his name…duh!)

The box came in tonight, and I was ready to rip into it to make a card out of it.  The mail was late, and I was going to dinner/movie with a friend, so I couldn’t do it until I came back,  Here is what the box looks like. 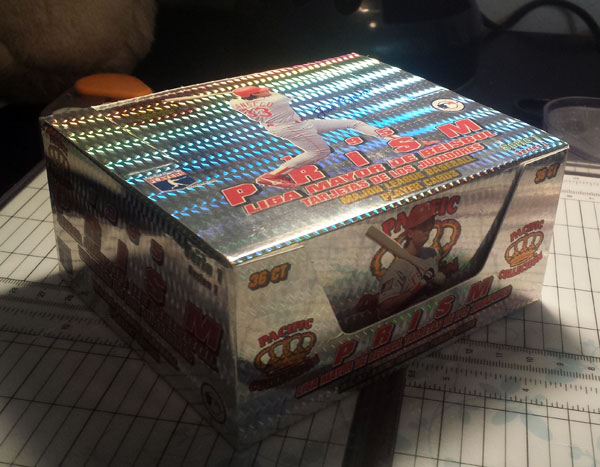 Isn’t the box itself gorgeous?  Here is the top of the box … 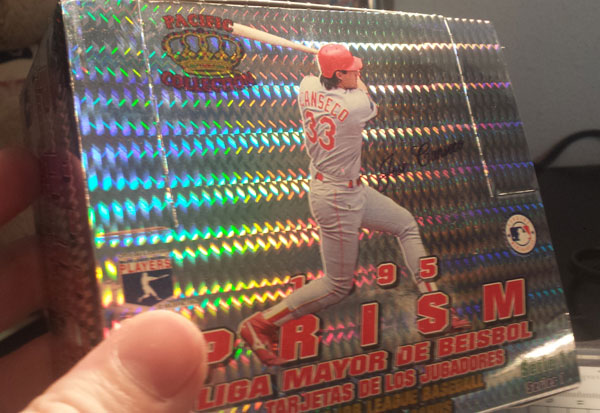 And what is this?  A cool little graphic on the front! 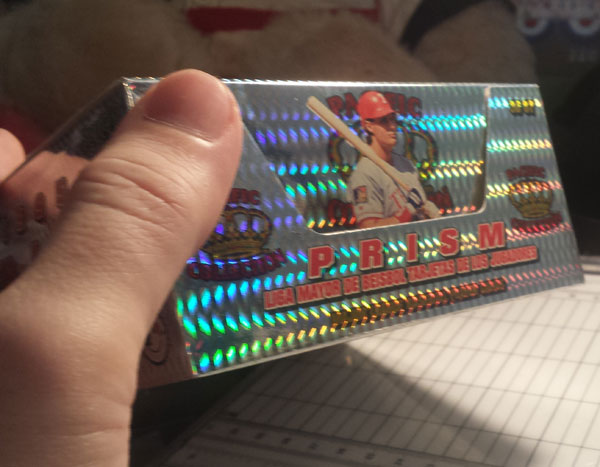 I don’t know if I have ever seen as nice of a box before.  Pacific used the same card stock for the box as they did their cards, and the top portion was outstanding, because it has all of the characteristics for a card:  A picture of the player, a picture of the logo and the player’s name … all inside of a 2.5×3.5″ area.

The bonus was the front flap, which has Jose standing in front of the Pacific logo.  It is a little smaller than a mini goudey: 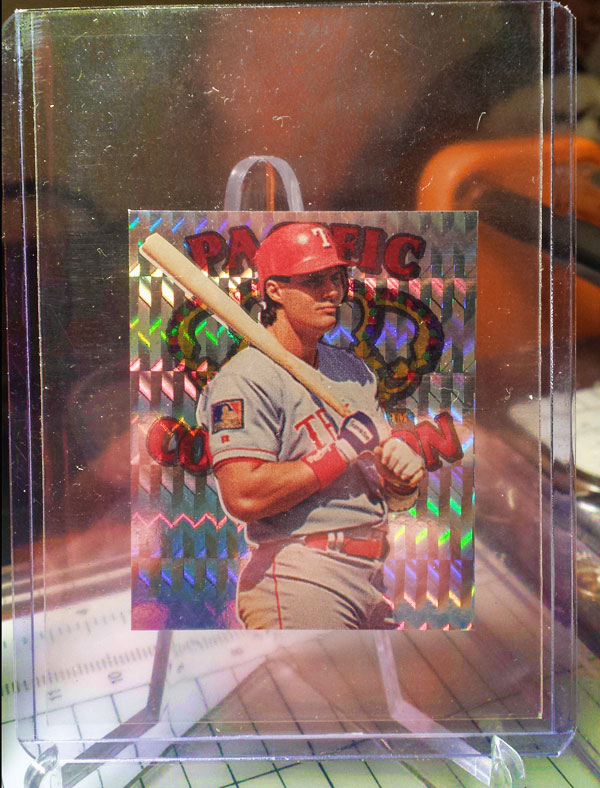 Here are all of them together along with the REAL card that is in the set.  Brandon was kind enough to send that over to me as well! 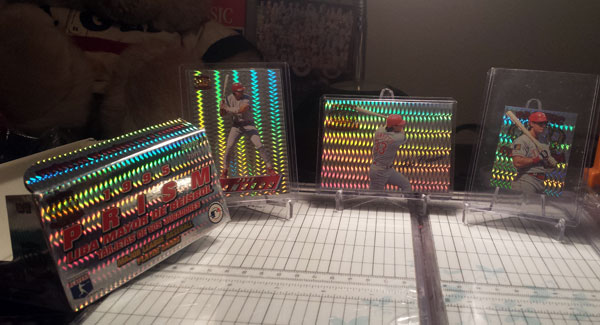 So, that wraps up that mystery!  Thanks for reading and THANK YOU again Brandon!