Since taking apart several 1 of 1’s at the requests of their owners to create something truly unique – and posting them – I have had a number of critics.  While several have said they like what I came up with more than what the card companies created, many just thought it was “wrong” to do…regardless of how nice they turned out.

One thing that has come out of this whole ordeal is apparently what many of the card companies have been putting out simply are not enough to keep people satisfied.  I have had a lot of interest in others doing the same thing.  Particularly from one person you may have heard of before:  Danny Olberman.  (Google him and you will know who I am talking about.)

Mr. Olberman has arguably the most impressive pre-war collection on the planet.  When he caught wind of what I was doing, he wanted to take a few of his prized possessions to the chop shop owned by yours truly.

If you think what I had done before was dastardly, you may want to look away, because this blows away everything else I have done up to this point. 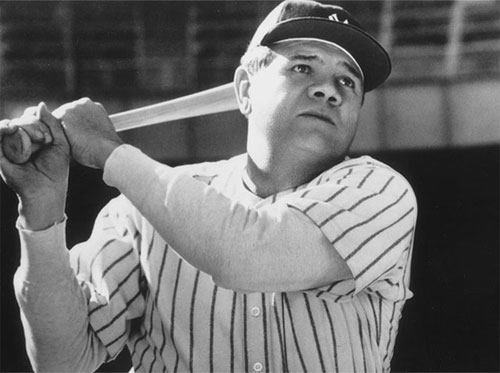 Olberman had not one but TWO game used bats from the sultan of swat:  Babe Ruth!  He wanted me to cut up both, but I convinced him to keep one of the gamers whole.  Here is what we were working with:

and a close up of the barrel…

After about 5 hours of grinding and chopping, the yield was decent, though a LOT of it is not usable for card material. 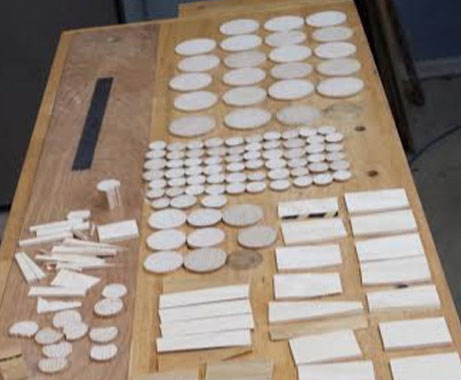 Thankfully, the nameplate came out perfect!

After spending some time on the design, here is the front of the card: 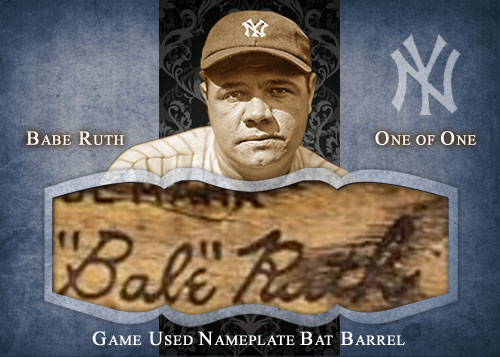 I know, I know – I’m fresh off the heels of my posting for my finger card.  I halfway promise I have it out of my system now.  🙂

No, I did not chop up a Babe gamer, and no, I did not get contacted by a Danny Olberman.  Completely fictitious character.  I did, however, have the opportunity to create something pretty dang awesome (I’m not kidding this time…Keep reading!)

And one of his patch cards…

I personally think that the card is beautiful, albeit an odd pairing of both players and relics.  Barry Bonds and Ted Williams?  Okayyy….  And a PATCH of Teddy Ballgame with a base for Barry?

One of the challenges I faced was the signature’s size.  A card is 3 1/2″ wide and the autograph was.  I typically like to work with signatures 3″ or less, and this was cutting it close as it was. 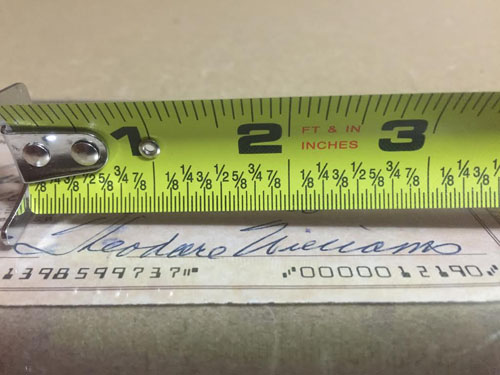 Instead of trying to cram it into a standard card, why not make it bigger?  How about a vertical booklet size without the channel in the middle of the card?  It doesn’t need to bend since it isn’t pack pulled anyway, right?

Here is the carnage of the nice Bonds/Williams that is now gone forever. 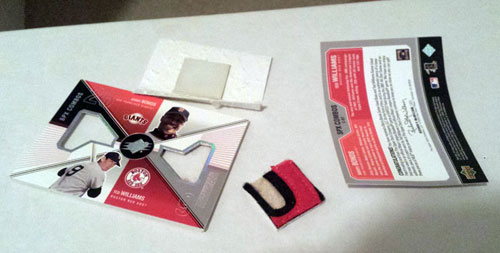 So here I present to you:  The Splendid Splinter Patch / Cut Auto 1 of 1 nestled nicely in a vertical booklet holder: 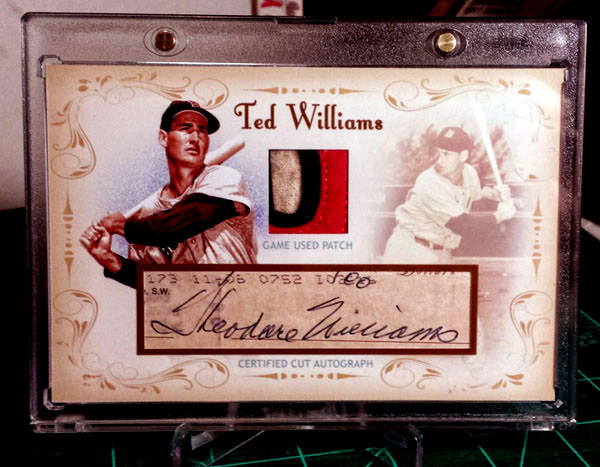 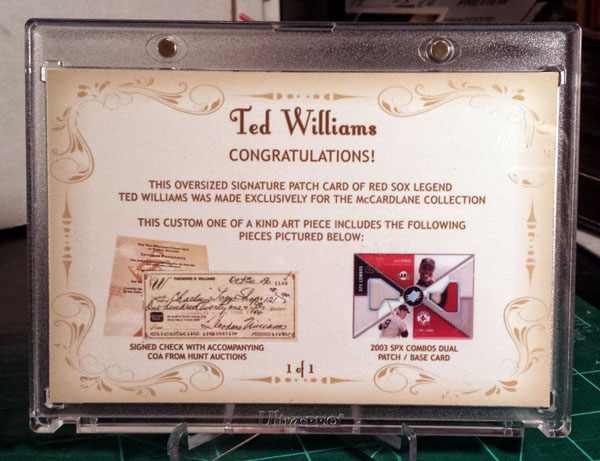 Here is a size comparison with a regularly sized card.  I was at first curious about the patch.  Would it be that funky size in the SPX card, or would it prove to be a nice square?  I was glad it was the full square, though it was a task and a half to get it out of the card in one piece. 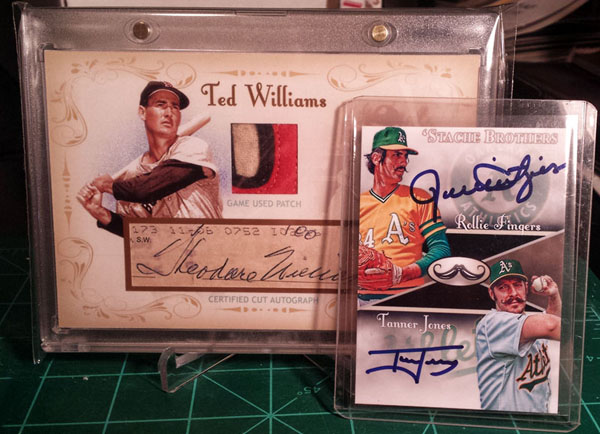 This just might be one of my favorite pieces I’ve done.  I love how it turned out!

Before I sign off for this post, I have a request:  If you see my Beckett on the stands in your local card shop or store, would you mind snapping a pic of it and sending to me?  Having a selfie with you in it is perfectly acceptable as well.  🙂  I’d love to have a small collection of pics from where it is being sold in various places.  I’m not sure I’m going to be able to make it to the store to see one live in a store before it comes off the shelf!