I Mustache you a Question, but I’ll shave it for the Wedding

WARNING:  You are about to see my face.  A lot.  If that bothers you, kindly click away now!

My wife has … like … 132 siblings, but thankfully, all but two are married off, and one is slated to be married a long ways from now.

The youngest of the family, at 25 years of age, got married yesterday.

By God’s grace, we escaped the possibility of a catholic wedding, (read: we didn’t have to sit through 18 hours) and it went down at a Bible church (the church I went to when I was 15, actually…the same pastor is there, and was the one who did the ceremony – cool stuff!)

There was one thing I needed to take care of before going to the wedding though.  I needed a trim of some sort.  I was getting very, very hairy.

Here is a picture of me about a month ago at the American Ninja Warrior tryouts taking a selfie with
what appears to be a super tiny contestant.  I have not shaven since then. 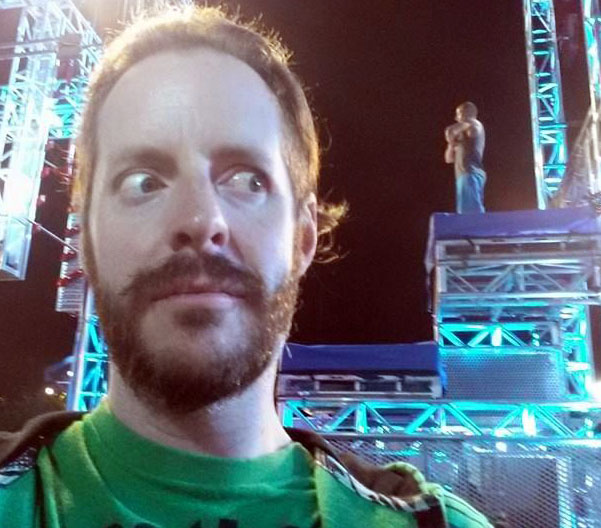 If you know me, you know that I value facial hair highly – it is definitely in the top 5 things of what makes being a guy awesome.  There is a time to trim though.

The beard was getting quite gnarly, and the sides/back of my head needed some attention, so I decided to hop in the bathroom with my clippers and get to work.  I put the two guard on to tame the beast, and things were going swimmingly.

I decided to give the ole soul patch a nice triangular look, so I yanked the guard off, and hit it.  As I was doing it, I was thinking about something … I don’t quite remember, but my brain switched back on track to what i needed to do with my beard.  I decided to keep the length in my mustache as-is, in hopes of one day doing a handlebar mustache.  My grandpa had one, and well, let’s face it … it is the coolest thing you can do.

I had to get it approved through my wife though.  I figured if she didn’t like it, I could always trim the mustache the same length as the beard, and just give it a try later.

While I was thinking about this, I started trimming my chin right between the mustachioed area.

I COMPLETELY forgot I had the guard off.  So for a short while, I looked like this guy …. 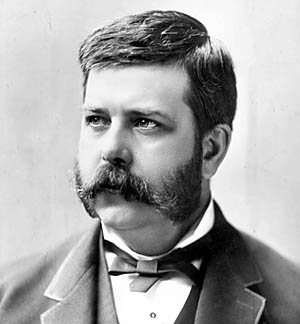 At this point, my wife’s bad mood went down even further.  She ran into the bathroom asking what I was wailing about, and she just said “Tell me you didn’t do that on purpose.”

No, no, NO!  I would never sabotage 2-3 months of growth like this!  I understand where she was coming from though.  I mean, it is a wedding.  Her sister’s wedding. We were going to be in pictures, after all.  I pride myself in being a trophy husband, so I wanted to tread lightly.

I worked my magic and came up with this …

Yeah, baby!  I call I call it the mexican drug lord.  I had visions of me strolling into the wedding sporting this bad boy, with a ponytail, some BOSS sun glasses with some flamenco guitar music in the background.

Flamenco guitar music?!  That is a great idea!  I put it on, and continued to work it.

This completely wasn’t going to fly apparently, so I went for it.  I shaved it half off, and started contemplating going for it all … the handlebar mustache.  I tried gel and it didn’t work.  I then looked online and even posted the question on facebook.  Where oh where, can I get some mustache wax on the 11th hour?

At this point, it was probably 9pm the night before the wedding, so desperate times call for desperate measures.

With one heckuva ‘stache already, I hopped in the car and drove to CVS.  I asked the first worker if they sold it and she didn’t know.  She helped me, but could not find it. 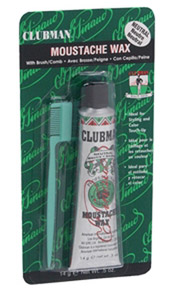 I truly believe my mustache led me to it.  I hear all the time that mustaches have various powers, so we’ll chalk it up to that.

I got home, and worked my craft.  Surely, it would not work.  I mean, my mustache grows down.  Not up.

HOLY COW!  IT WORKS!!!!  I am literally going to be the coolest person at this wedding! 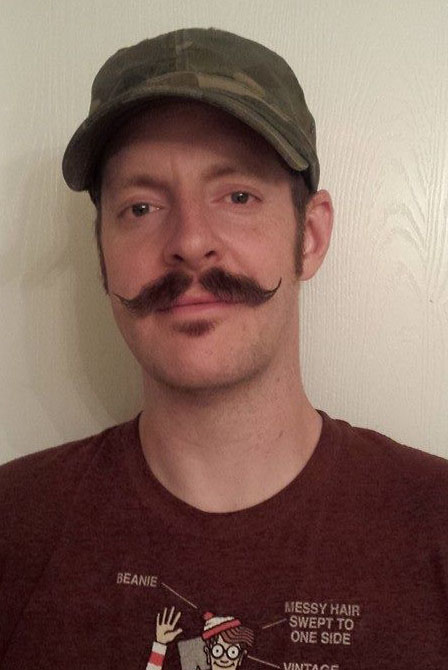 I show my wife, and she just laughs.  She says something about how embarrassing it will be.

And she laughs some more.

She lets me know I do not have her support on this, but then I just pointed the ‘stache in her direction. 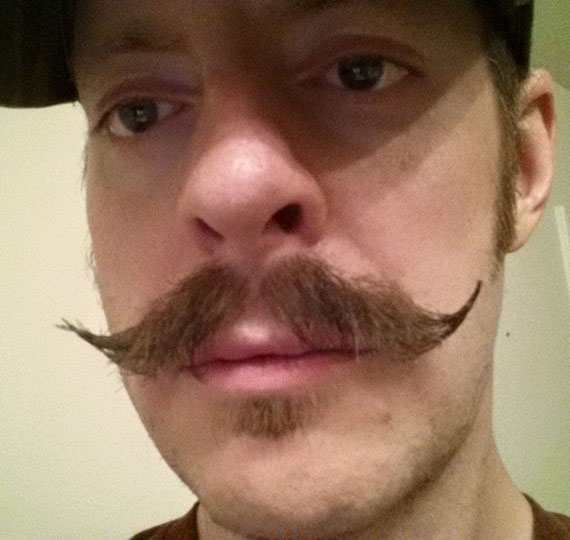 The next morning, she went to help setup at the wedding while my son and I went to church.  A friend came up and said “You know, I’m not a mustache person.  As a matter of fact, I tell my husband to trim his all the time.  However, if he could have one even half as good as yours, it would be AWESOME!”

Mom and dad approved also – they said somewhere up in heaven, grandpa is looking down, smiling.

My brother in law said I look like I could play for the Athletics in the 1920’s.

By this time, my wife’s embarrassment had fully subsided.  She doesn’t think it is cool yet (don’t worry, peeps … I’m sure she will soon learn to love it and know how cool it is).

After the wedding, I threw on an A’s jersey, slung a baseball bat over my shoulder and went downstairs to the laundry room.  I gave my phone to my wife.

She smiled big and simply said “I approve.”

Here are a few of the shots …

Looking serious, and letting the mustache do all the work. (Handlebars do not pop at all) 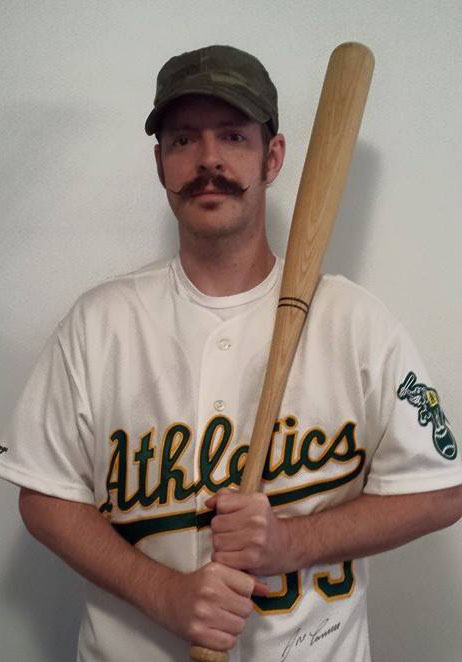 Looking at my bat for some reason …. 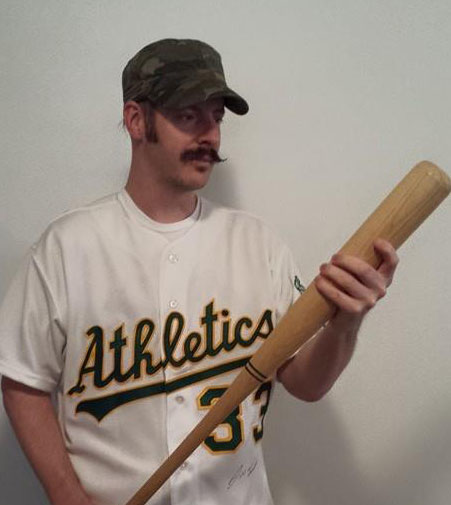 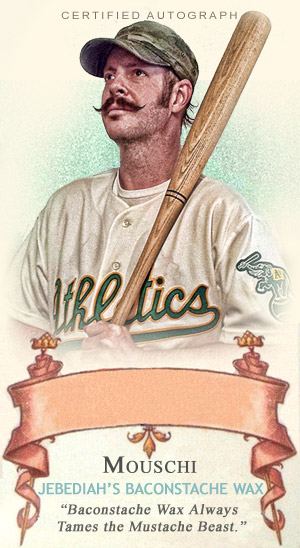 And the real thing … (pardon the horrid picture quality) 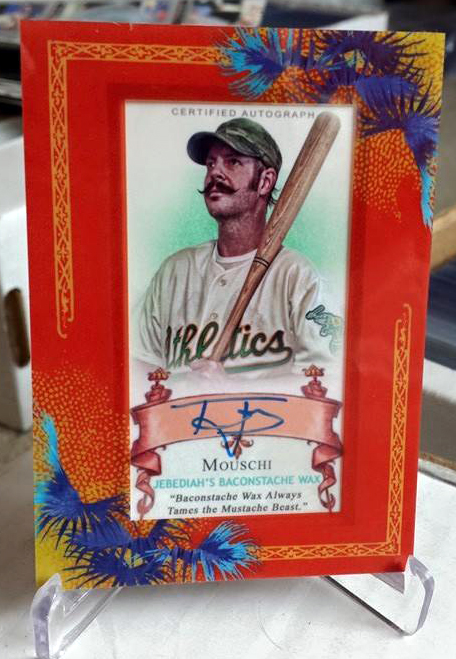 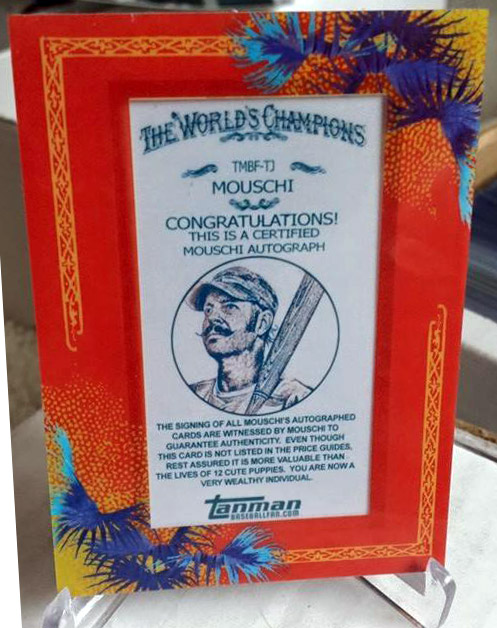 If anyone wants a copy of this card (autographed mini only – no frame)
just reply here with your email address and I’ll send you my paypal address.  A crispy $1 gets this to your door.

I also messed around with the back of a playing card, but more on that later. 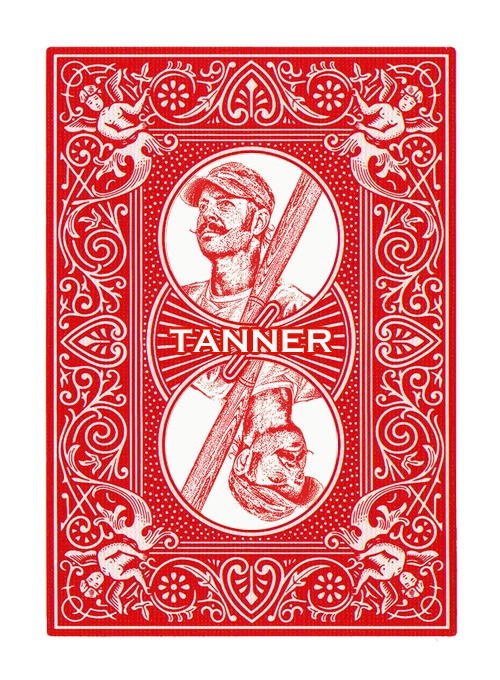 As for my sister in law, she didn’t shoot me for coming to the wedding like that – she actually thought it was great.  She and her new hubby Brandon got married off without a hitch and will hopefully live happily ever after.  Hopefully with some time, Brandon will come to understand the importance of having a handlebar mustache as well.

PS – Also, there has been a truckload of questions as to how they can be sure
their card is truly autographed by mouschi. To satisfy this, a picture
was taken of me during the signing session. 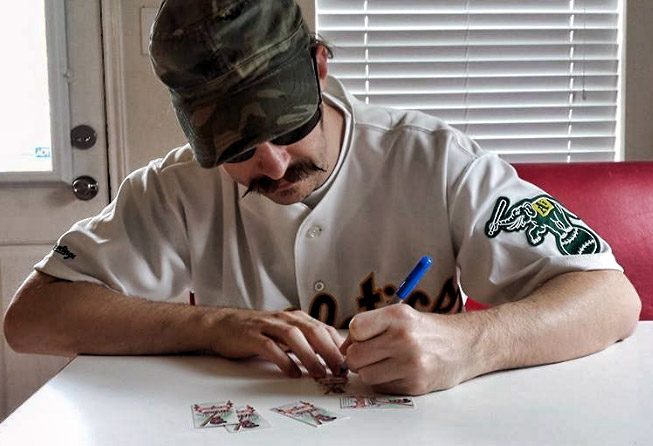