From time to time, I seem to get in some streaks of awesome luck…
(a TTM custom autograph from a member of Vampire Diaries – she put To Tanner on the back … cool!) 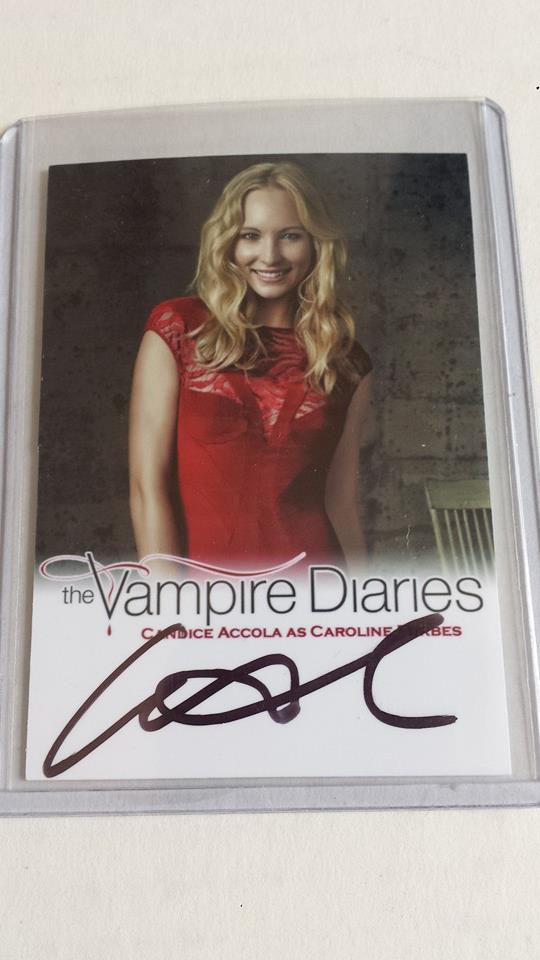 or horrible luck…
(yes, that IS paper in my breakfast sammich that I took a bite out of this morning!) 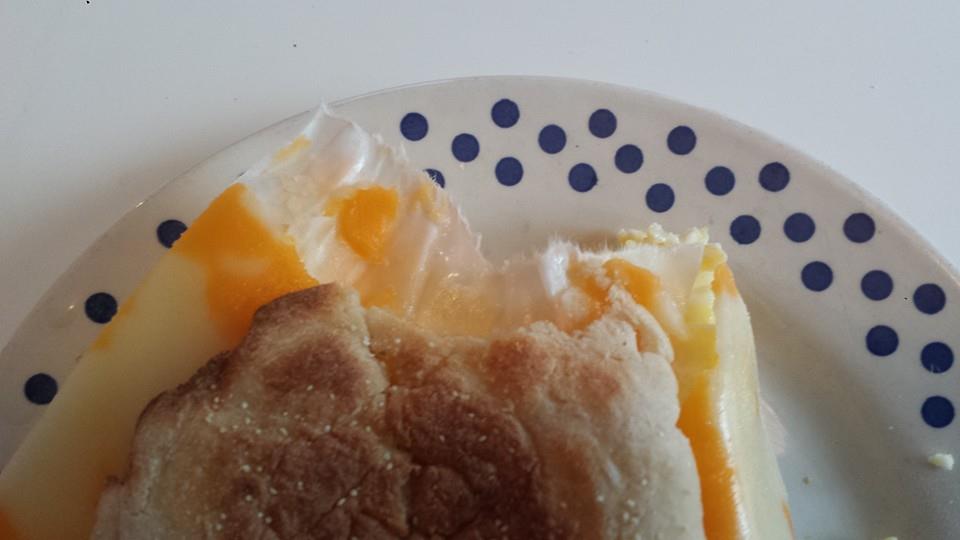 I know, in the grand scheme of things, not horrible – actually, it is funny, hence the picture!  I generally do not classify paper in my breakfast to be horrible luck, nor would I consider it bad luck when a wasp decides to land on my sideview mirror at the very moment I parked, forcing me into my car while I wiggle the mirror from the inside to get it to fly away. 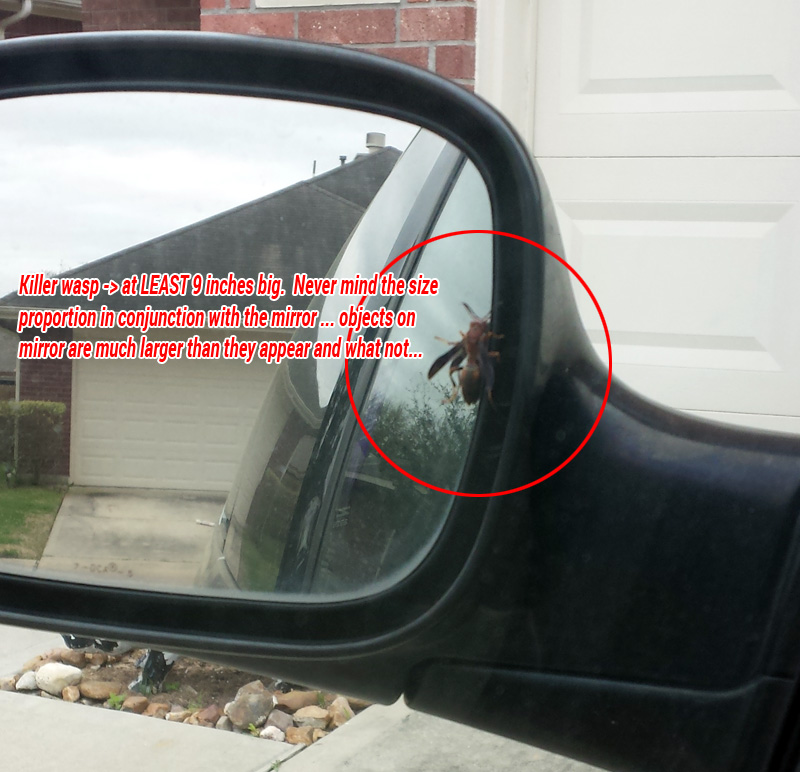 …But when I get a string of 3 damaged items in the mail…that is what I consider bad luck.

None of them are very eventful, though, so I’ll spare you the boring details of most of them.

This one, however, was interesting.

I saw a seller selling some cards I wanted …. no … NEEDED … (okay, wanted…I mean, I’m not THAT obsessed with my PC guy…)

He was selling them at very high prices.  When I contacted him, he said he was NOT negotiable as much as I would have liked, so it was suggested to do a deal offline, so the seller could save fees, and such.

I don’t do this normally, people – but let me say this:  DON’T DO IT.  You will never know when a person’s integrity is only in tact when Ebay makes it so.

I’m embarrassed to admit this, but it gets worse.  (Strike one, Mouschi).

He said he would NOT come off of his obscenely high prices unless they were off ebay … AND … as paypal gift.

It took me a while to wrestle with this.  The guy did not seem too terribly much like a “people person”.  I’ve learned that with my programmers especially, when you are working through doing a deal, you have to be calm, but be weary of red flags.  Unfortunately, these cards blinded me to the point to where I simply knew I wasn’t going to get them unless we did it “his way”.

After looking at his stellar 100% feedback, I decided to take a leap of faith, and give it a spin.  The cards, after all, have not been for sale ever from what I could tell.

A few days later, I received the cards.  Great!  Nice little package…some put in 9 sheet pockets and accordianed up, but ok … no harm, no foul.  Then, I looked at 4 of the most important cards in the lot.
All had problems.  2 had wrinkles on the front of the card, and 2 had fairly significant blemishes on the faces of the cards.  I notified him about them so he could exchange them for the ones he had scans of, and he led off by saying one of the listings had mentioned that the crease on one of the cards was mentioned on the listing.

Ha!  Whatever … I’ll show him and show a screenshot of what he really said … crap.  He was right.

The other 3, however, were not mentioned at all as far as having any issues.  Instead of apologizing to me and saying he will get the others out right away, he told me that he would change them out for $10.

$10 …?  Wait a second … you mean you want to charge me $10 to replace cards that you made a mistake?  After going back and forth with him, it was apparent that the guy just sent me the lowest condition cards he had, since I didn’t have protection from ebay.

I responded by telling him it wasn’t fair, and that no one in their right mind would have paid a dime more to fix the seller’s mishap.

Then, he got belligerent.

He decided to tell me “how it really was” – how he is sick of me and how he bent over backwards for me…that I was begging and pleading with him forever to drop the price.

This kind of shocked me to hear.  This guy has such high feedback … does he not understand that people negotiate?  Did he really consider me asking him TWICE about pricing to be endlessly badgering him?

In the end, he said he would actually end up swapping them out, after I send them back, but not before ripping into me over the course of about 4 more emails.  I always kept my emails short and sweet.  Which by the way, takes a LOT of restraint at this point.

With how much this guy was crying about things and how badly he was behaving, I had made my mind up that if I wasn’t going to be sending these cards back, because he would probably just keep them anyway, and I would get incredibly angry waiting.  This would also give me the chance to clearly and concisely teach this guy how to behave in business, where he went wrong, and how he is a massive knucklehead, in not so many words.

Before I decided to craft the email response of the century to right all of the wrongs, I ended up going to bed.  In the morning, I woke up and began my email.  Then mid-way, I decided to just stay the course and send the cards his way.  Once I sent him the tracking #, and a quick “thank you for making this right”, he decided to pepper me again with back-handed comments.

He informed me that after this, he doesn’t want to ever heard from me again and I will have to find cards somewhere else, because he is not selling to me again.

After much nail biting, I got my cards in…and there was much rejoicing! 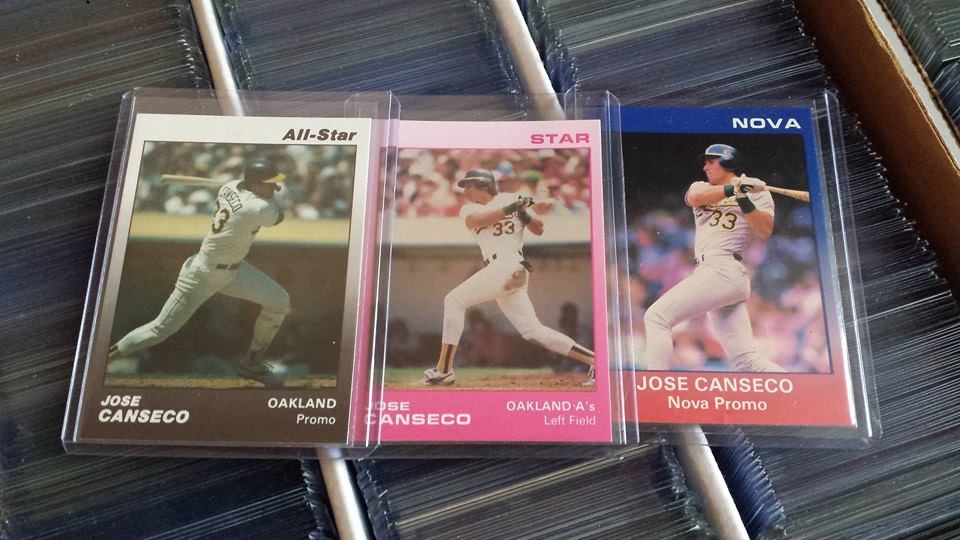 They may not look like much to you, but these are rare glossy and/or variation-backed star promos.  I didn’t know this until recently, but apparently Star made both matte and gloss finish versions.  I closely inspected all the cards, and they were in VERY nice condition.

So, that is about it on this one!  But it is important to mention that the villain seller didn’t go down without a fight.

They were sent using the grossest holders ever, and taped with about $5 worth, it looked like.  The pic above does NOT do it justice.  I probably could have cracked a safe quicker than I was able to safely get the cards out of the holders!

With all that said, I must say the good encounters for me FAR outweigh the bad ones.  Since this deal was going on, I have had:

How cool is that!?!  Thank you all so much.  I am truly blessed!

Aside from my poor judgment on display here, I’d say I made out pretty well!  Remember kids, don’t buy via paypal gift from people you don’t know, and make sure you read the listings before buying!