It has been a while since I have posted an article, and people have been asking where I have gone (yay! people care!) I have been in the middle of a number of things that life has thrown at us. On the fun side, I’ve been gathering and researching for a project I’m working on. More on that in the coming weeks/months.

For now, I’ll start off with my chase for Babe Ruth’s autograph. Well, the actor who played the Babe in the movie “The Babe”, that is. None other than Rosanne’s fake hubby John Goodman! I heard he was signing autographs, so I had to whip up a few.

WARNING: None of the customs you see below are anything super crazy flashy patch booklet refractor type cards. Just some cards I had fun doing.

Here is the first:

I thought it would be fun to have an autographed Babe Ruth Goudey card. 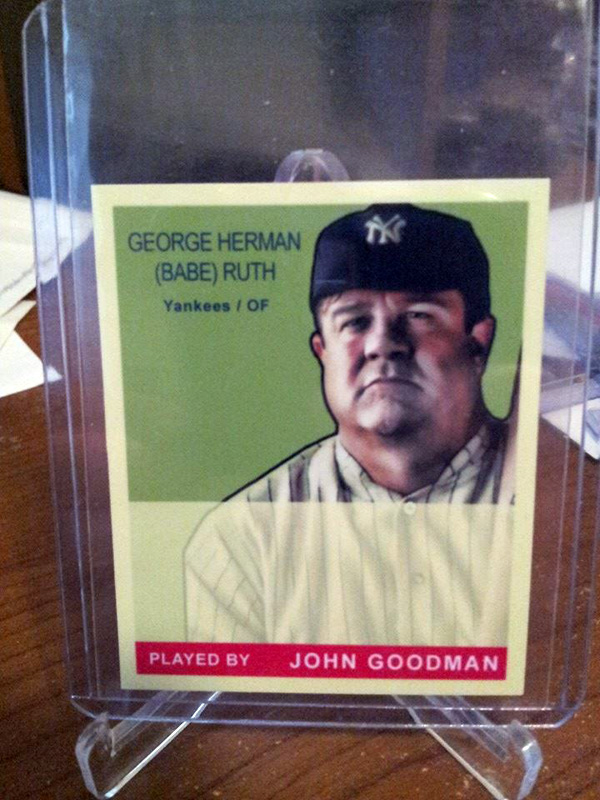 Then a mini would be cool 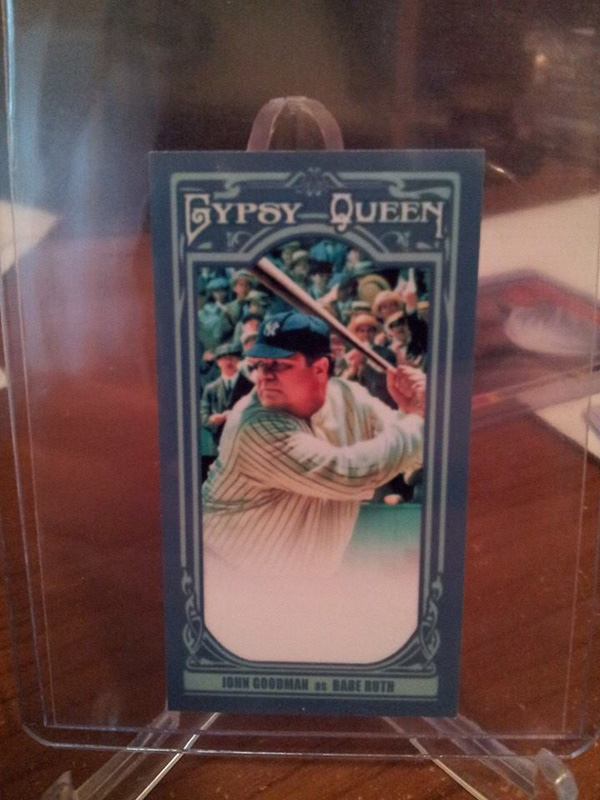 And heck, why not Sulley from Monster’s Inc? 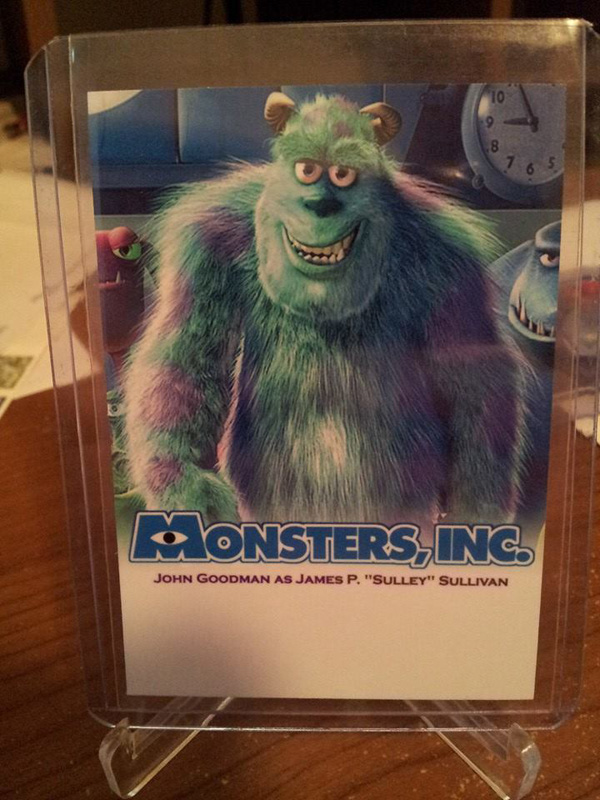 I’m not sure what has happened, but when I took my family to the Drive Inn for a double feature last week, I opted for the kid shows “Big Hero” and “Alexander’s Horrible no good very bad day” instead of “Interstellar”. Gah, what is wrong with me? I used to never like kid shows.

I stand here today to tell you I think I made the right movie choice.

Anyway, that is the reason for the Sulley custom. I sure hope he signs them!

I also created a few Carrie Fisher customs to be signed – my son is a massive Star Wars fan, so why not? 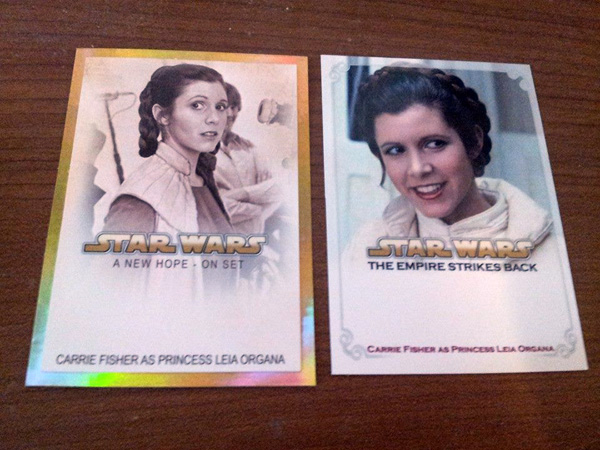 Speaking of Star Wars, I have a new found interest in … sketch cards! I don’t know why, but it is one of those things that I am now really excited about starting. I’ve always wanted to get into drawing. Here is my first attempt. It is pretty awful compared to where I want to be, but I’m determined to WOW people with enough practice! 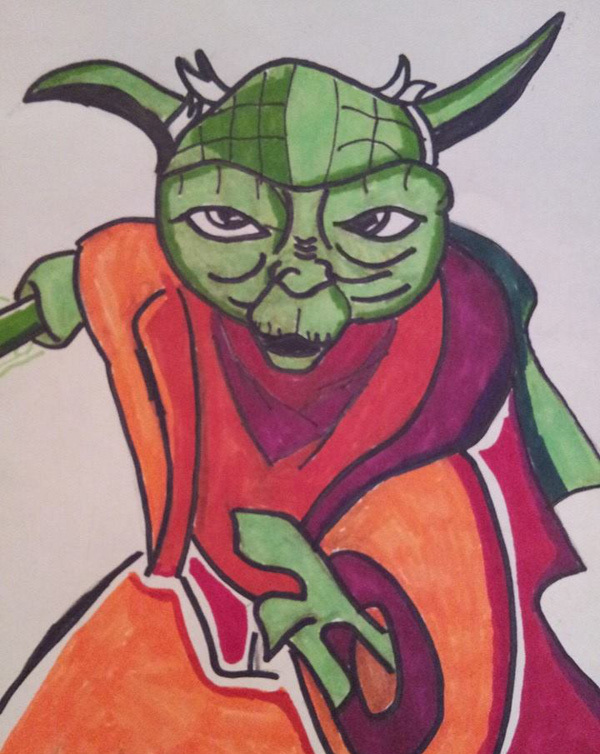 Last but not least, I’ve been wanting to do some obscure food issue cards of my main man Canseco. Here is one of them from McDonalds:

Should I have photoshopped a 1/4 pounder in his mouth? 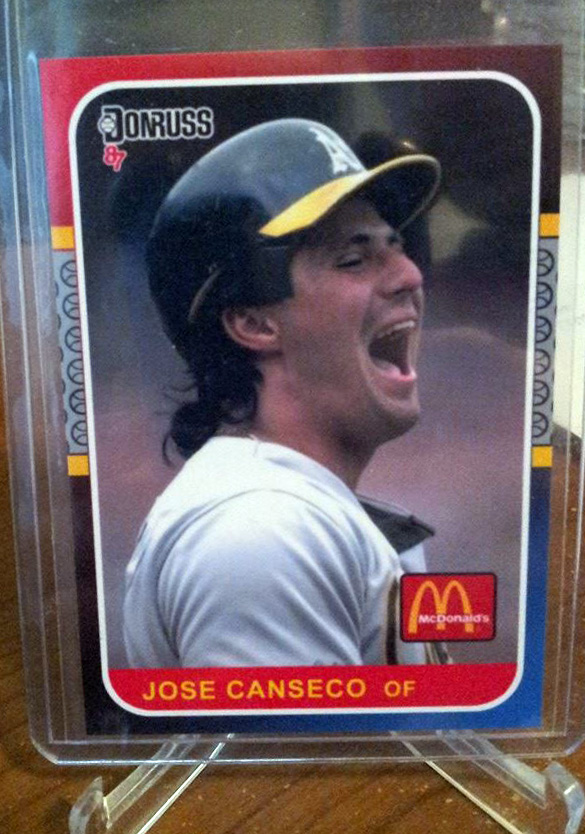 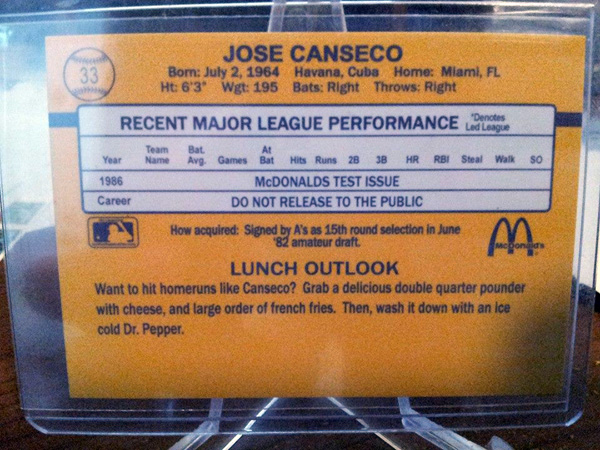