As a child of the late 80’s and early 90’s, I grew accustomed to the various magazines. While Beckett was a staple in my day to day reading (gotta keep an eye on those up and down arrows!) I was familiar with the oversized tuff stuff, and “high end” legends magazine. While Beckett had them all beat by a longshot, the other magazines had wonderful articles and even tried to spice up their offerings with some free panels of cards.

Even as a kid, I don’t think I ever put much value on these. I always kept thinking about a faux 1969 Topps Canseco with edges so uneven, it looked like a 10 year old tried to cut them out with scissors. (Read: At 10 years old, I tried cutting some out with scissors … and it sucked!)

In my recent 1,000,000 card acquisition, I had forgotten about some boxes of magazines piled beneath some boxes of cards. Over the past few days, I decided to check them out. 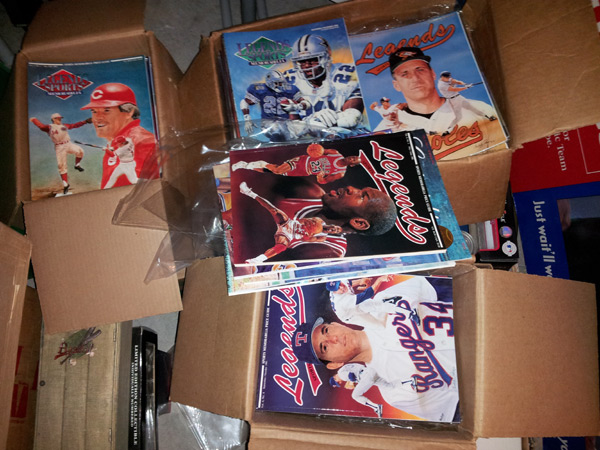 My, how they brought back memories. Remember some of these advertisements?

I don’t think any family actually did this … did they? Well, scratch that … my family does now. But CERTAINLY not over action packed! 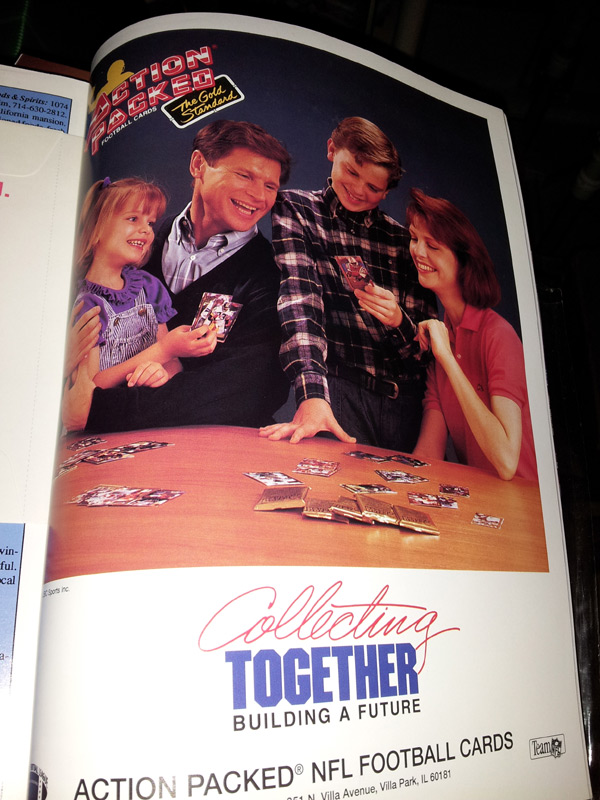 Check out this one. All the kids are probably now in their 30’s. Note the kid in the front sporting a ’91 stadium club Dave Justice like a boss. 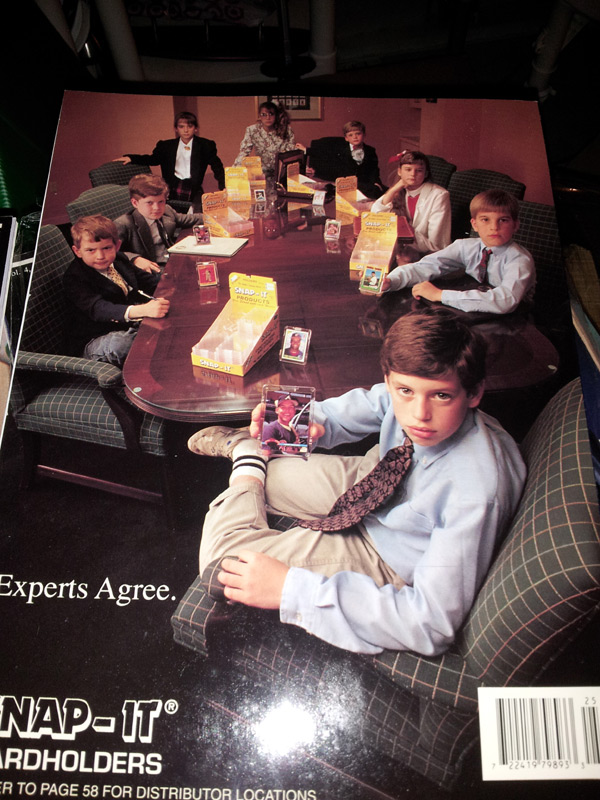 There was even what I think, was probably one of the first advertisements PSA ran. Okay, maybe it wasn’t … but it sure as heck was old, and I don’t think that back in 1992, I had even heard of PSA before! Heck, I did my own grading thanks to that neat little plastic contraption that they used to sell which would tell you how off center your card was.

As I leisurely leafed through some of the pages, I still saw many of the uncut panels in-tact….of course. Who in their right mind would have taken them out anyway? I mean, who would want all kinds of Michael Jordan … and Ken Griffey Jr. and …. wait … they have Cansecos in here? MC Hammer? Cal Ripken? Dude … GOLD MINE!

I figured, what the heck?! Over time I could probably get some good money out of these puppies. They aren’t ugly! Well, most of them anyway. 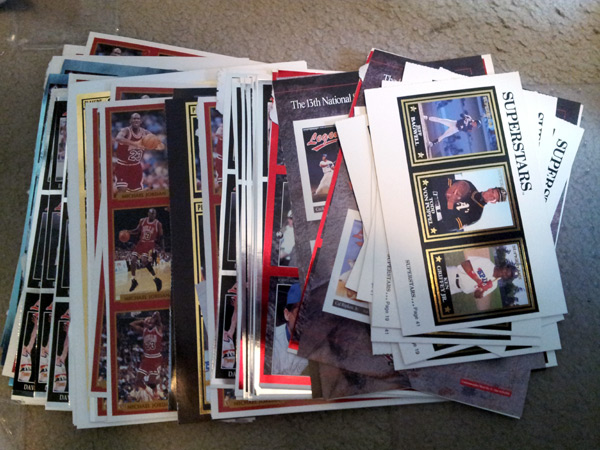 Here are a few neat little gems I found and decided to cut out:

Griffey in the minors 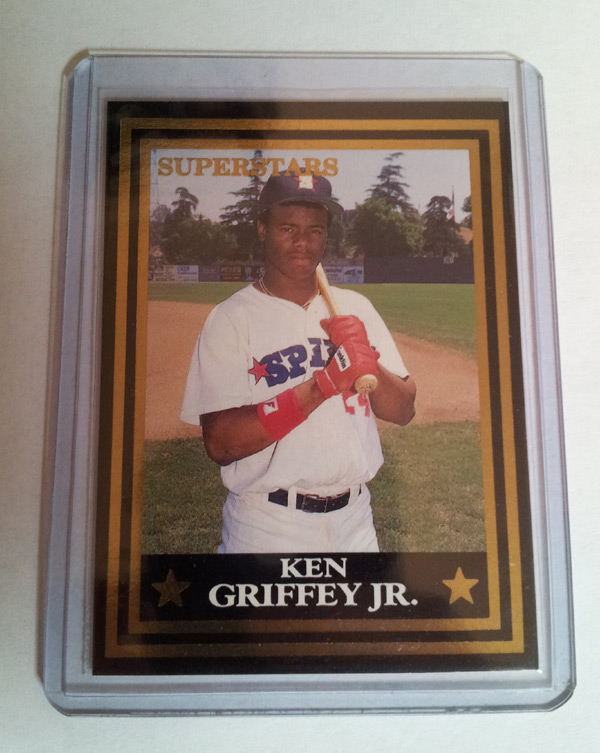 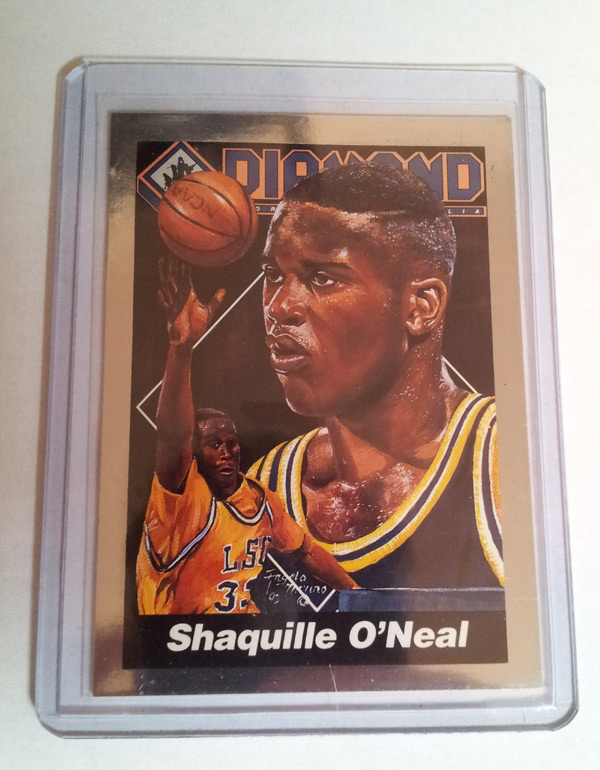 A beautiful artwork piece of Frank Thomas with football and baseball attire, ala Bo Jackson 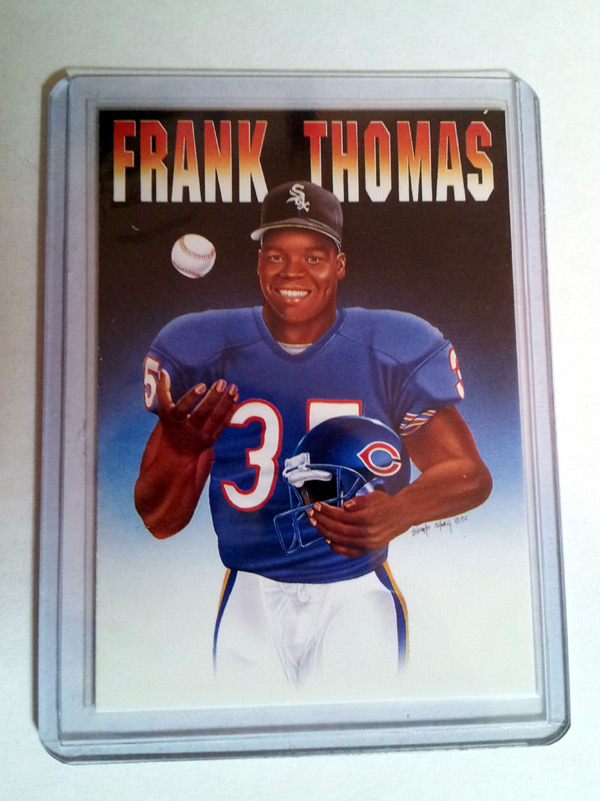 Last but not least, a nice 1992 true rookie of Mike Piazza as a minor leaguer 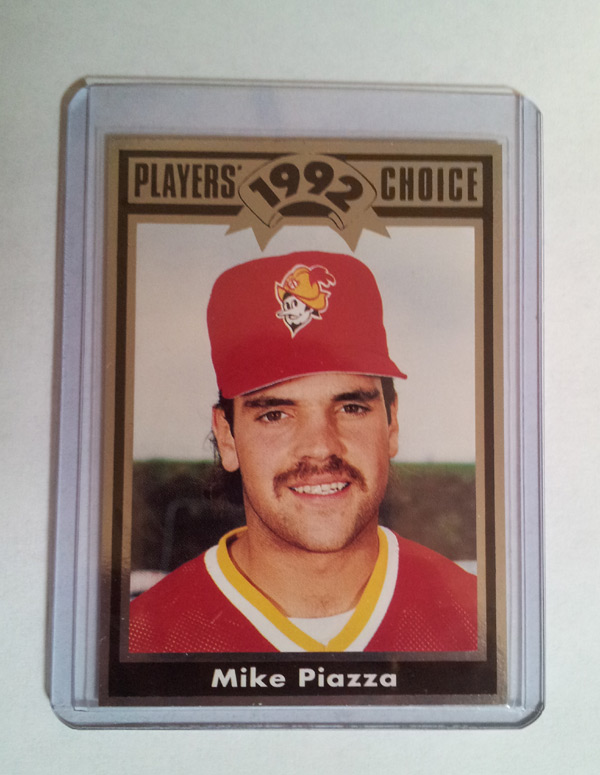 I even decided to cut a few magazine covers for some reason. 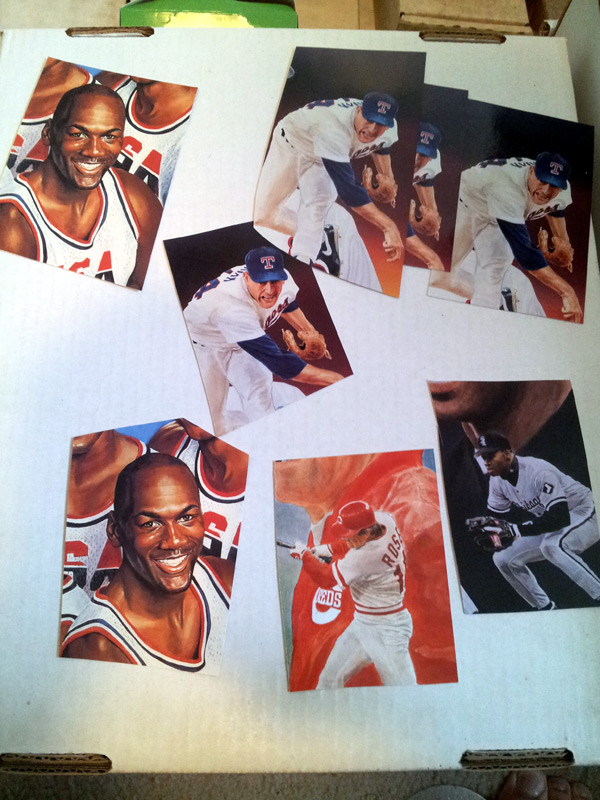 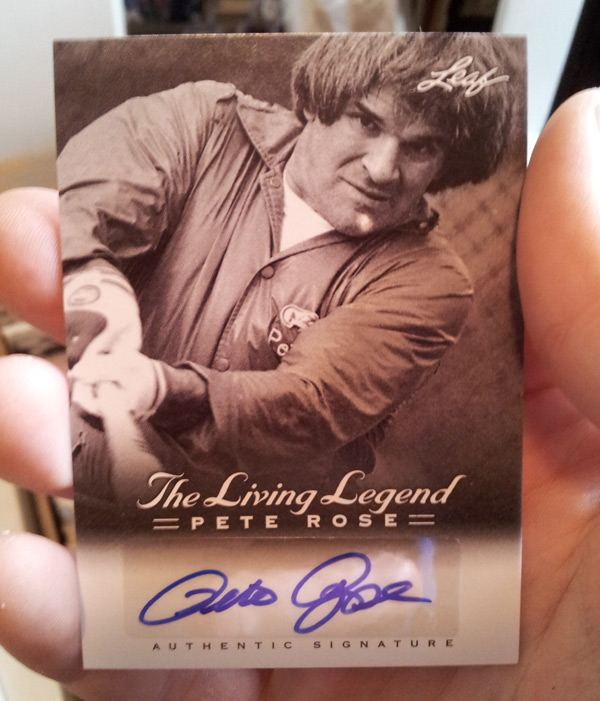 That’s right folks – you guessed it. A real Pete Rose autographed action card with his tooth flying out of his mouth. If you look closely, you can see the tooth fairy carrying his tooth up to the heavens from his chin. Actually, I had purchased a few cases of the Rose blasters last year, and I threw that one in my custom fodder pile since no one would have wanted to purchase that card due to the defect.

With a little time, I yanked the auto and put it on a custom creation 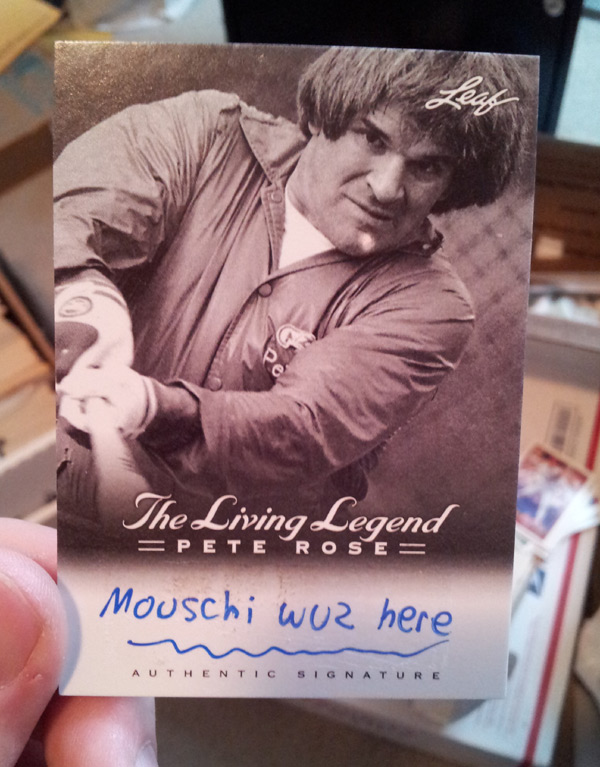 Here is the card I did on top of the magazine it came from (well … a duplicate mag I had, that is!) 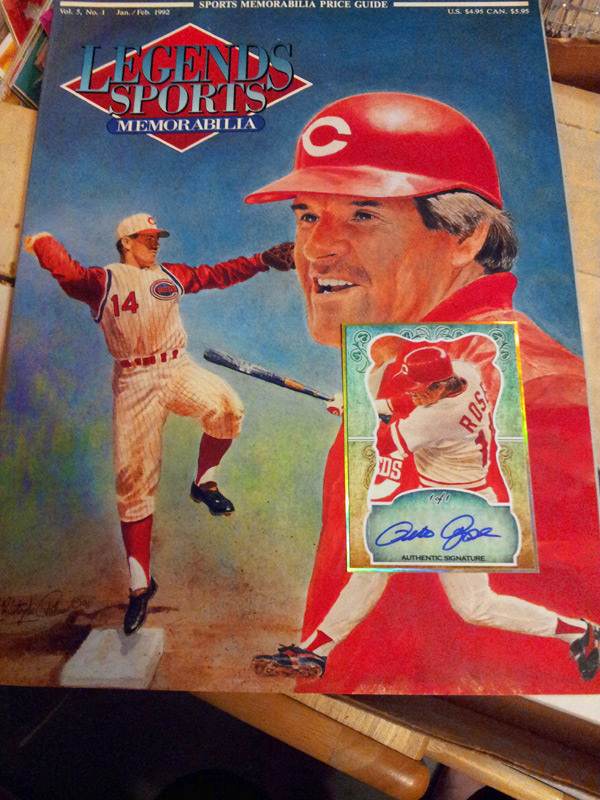 Then magically being lifted up from the magazine … 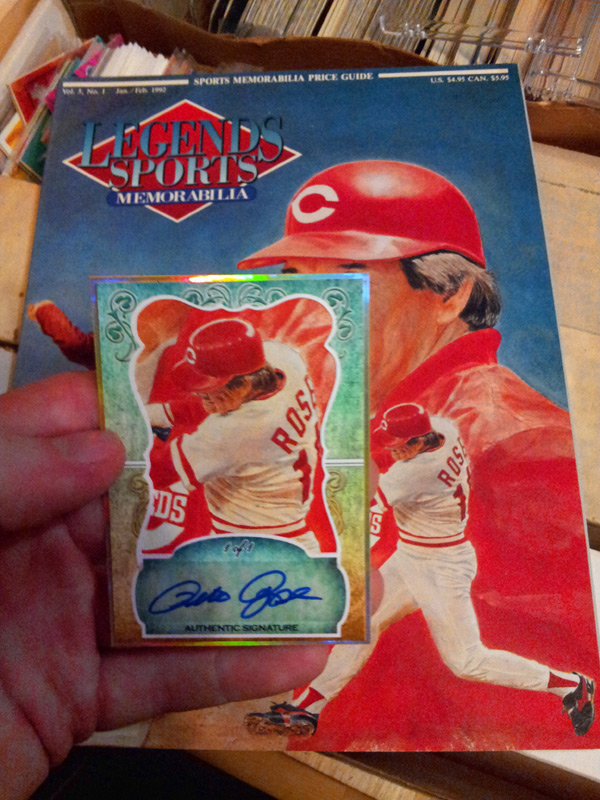 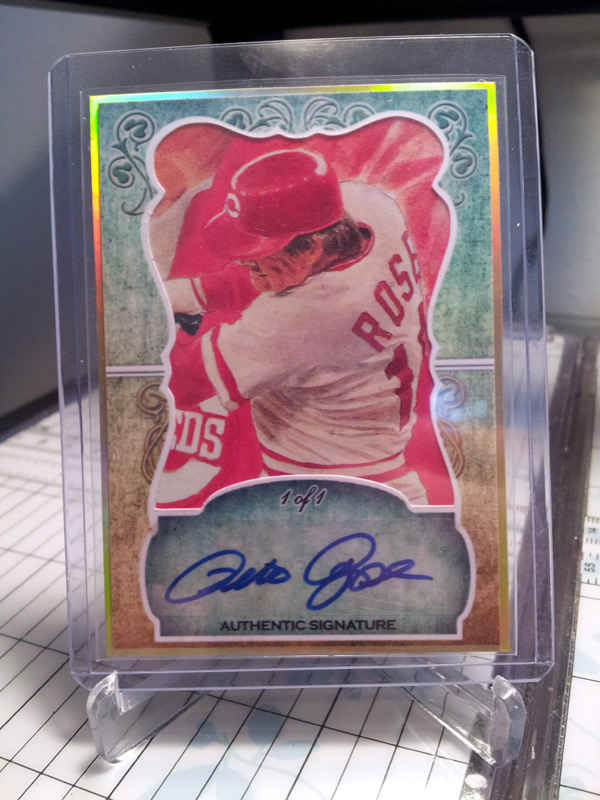 By the time I got done going through the magazines, I admit I was bummed to find the last box was actually a bunch of basketball complete sets. I was having a lot of fun. I never thought I would have enjoyed going through them as much as I did.