Starting my own card company – first offering inside!

OKAY, so maybe I’m not starting my own card company … but I am looking and making some patch cards for the public. I’ve been accepting art commissions for a while now, so this is the first time I’ve made something cool to sell as-is like this before.

As I watch baseball games these days, I can’t help but see nothing but players wearing awesome patch cards all over themselves. As the camera zooms in, I think OOOHHH … what an awesome letter set Samardzija would make … not necessarily Ryu, though. Or … OOOOH what an awesome commemorative patch they are sporting this year … would look great embedded into a 2.5×3.5 card!

Needless to say, I have been really itching to buy some game used items and make cards out of them to sell some and keep some for myself. I broke down and bought a game used Rangers baseball cap of Ivan Rodriguez to cut my teeth on. 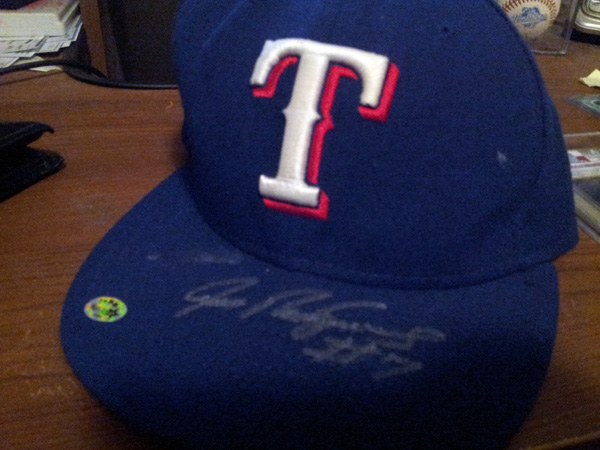 It is a beauty and even has the written # under the bill! 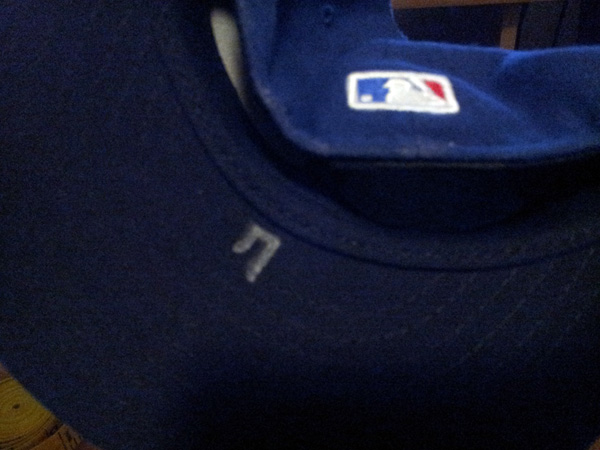 But then, something terrifying happened …. 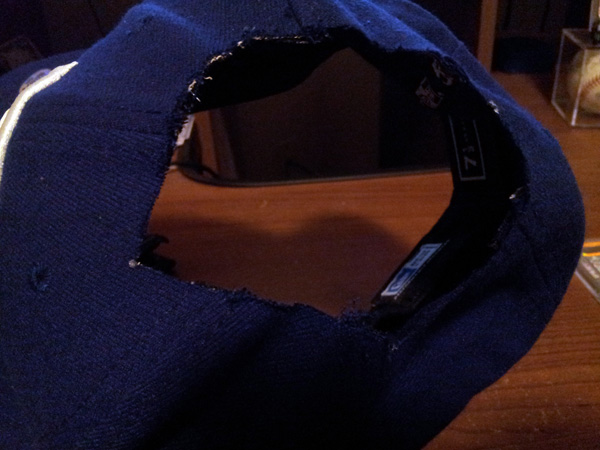 Up to this point, as you know, everything I have made that I show off for the most part is Canseco – and that stuff basically stays in my personal collection for my own enjoyment. 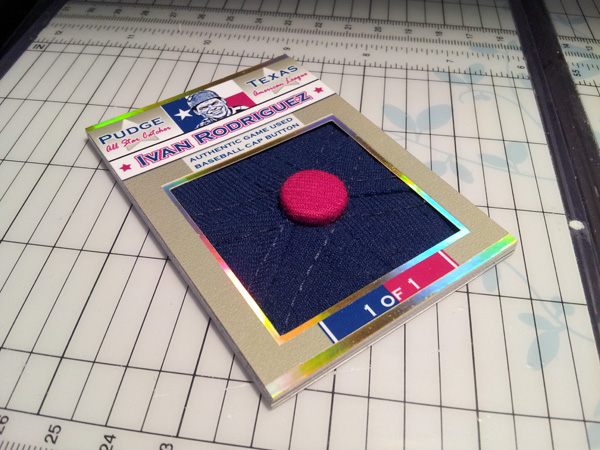 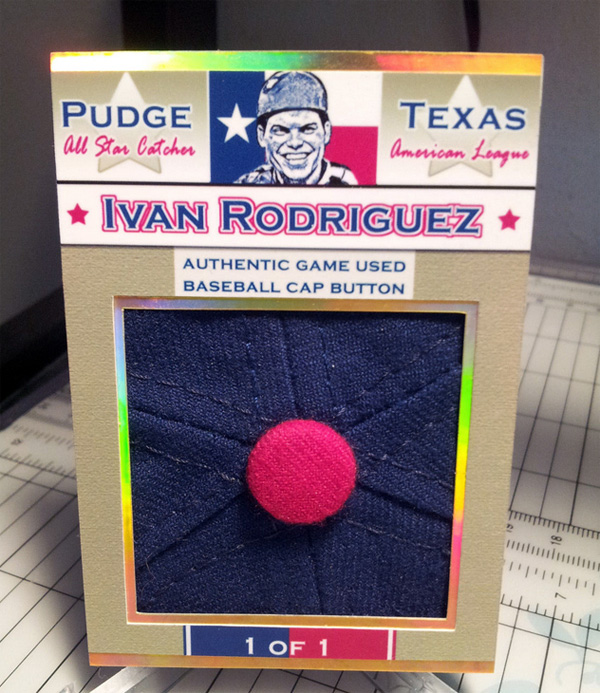 I’m limited of course in doing something like this because I don’t have the ability to use pictures or logos, so I skipped the logos and team name, and did a digital sketch enhancement in lieu of a picture.