When it rains, it pours.

Aside from selling another book, the soccer lot, and 2 boxes of cards (with one pending payment) I bought another massive lot. This was from the same guy who sold me the unopened boxes last weekend. I had asked previously if this was all he had, and he said no. He said he had about 2x as much in loose cards in boxes, etc. but could not fit them in his truck. I asked if I could see them, though he was nearly an hour away, and he said sure!

The day before I was supposed to go over there, he asked to meet. I was confused because I thought he had mentioned the rest of them could not fit in his truck. I really wanted to go to his house to see them so that way none would be left behind. His girlfriend was worried about me being stranger danger / the craigs list killer, which is completely understandable. There are a lot of creeps out there!

After church, I checked my texts, and he said the coast was clear for me to come over. I made the trip, and here is what I saw in his garage: 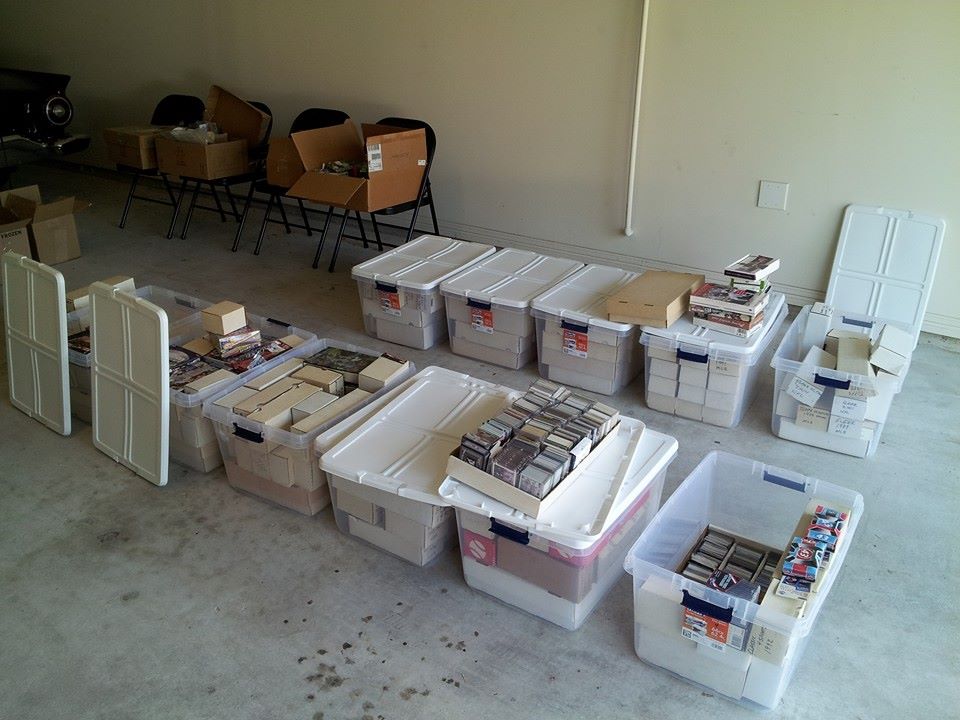 He sent over some pictures previously, and it looked like 150 or so long / short boxes of cards. I was hopeful that they were all complete sets, but they were not. Many boxes just had loose cards. He had a few boxes of loose cards in holders. Many of them were the typical 1987 Topps Tony Gwynn in a semi rigid, etc. But there were various game used / auto cards, inserts, rookies, etc.

He even showed me a Griffey case that supposedly contained a coin in it. The case was NASTY and was falling apart. He told me he didn’t ever open it because he didn’t want it to be devalued. I told him things like that are generally some type of alloy and not worth much. The only time those things seem to be worth something is if they are made of pure silver … then they are worth the amount of silver. I told him it probably was not, or it would say that on top of the box and said it should be fine for him to open. Well, he opened it and it was pure silver, LOL. Not my strongest negotiation tactic when trying to get him to lower the price!

We agreed on price at $250 below what he was asking, and I loaded up the cardboard mobile: 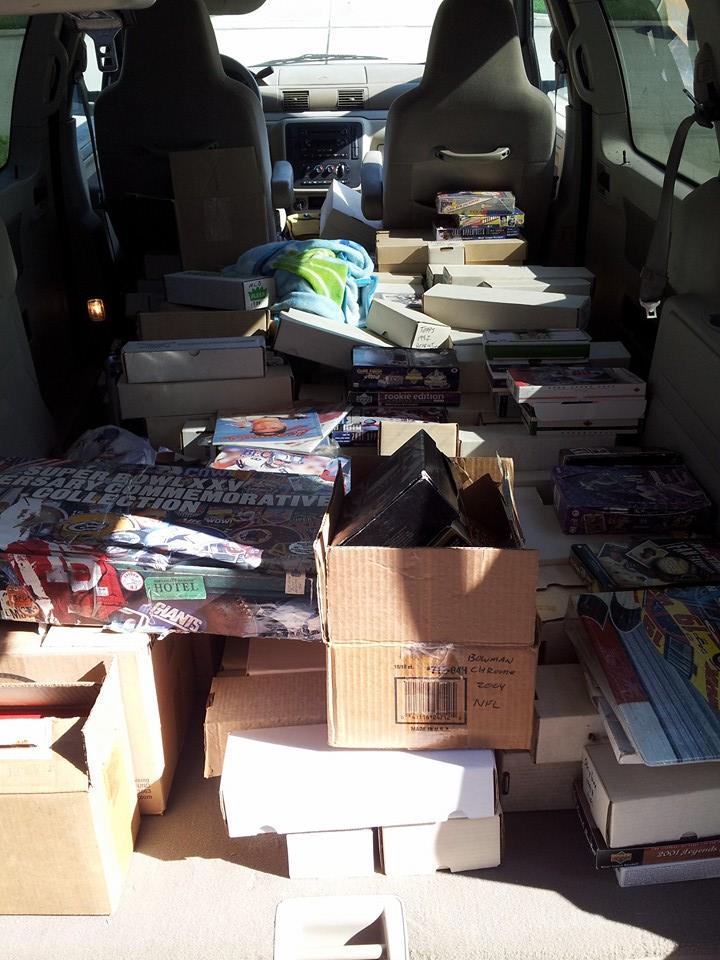 I have not looked through nearly anything yet, but here are some things I did find which are possibly the best items in the whole bunch: 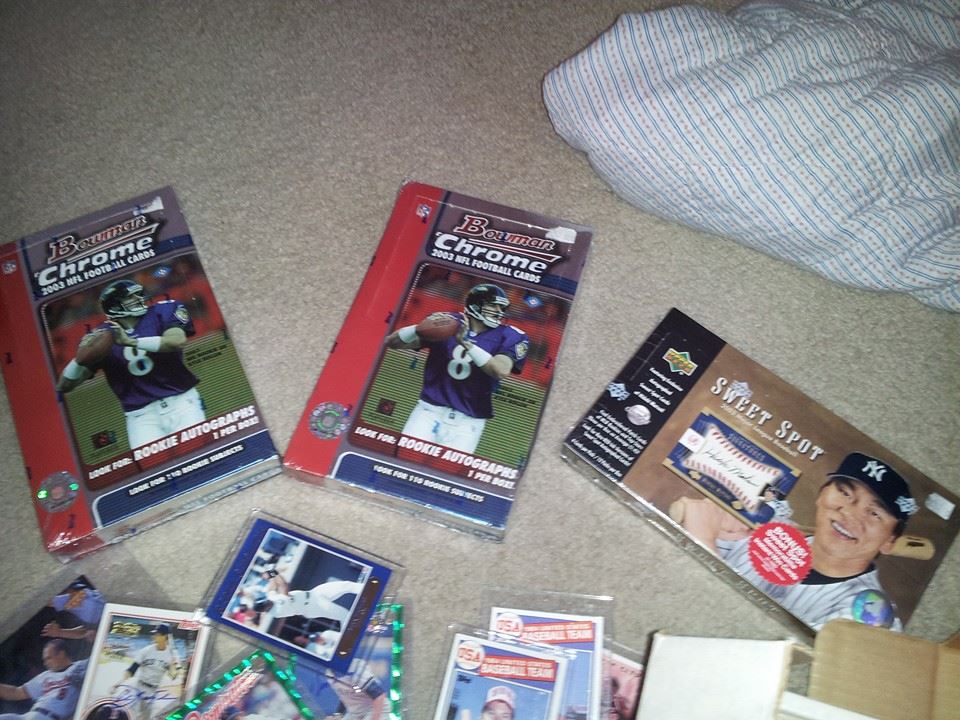 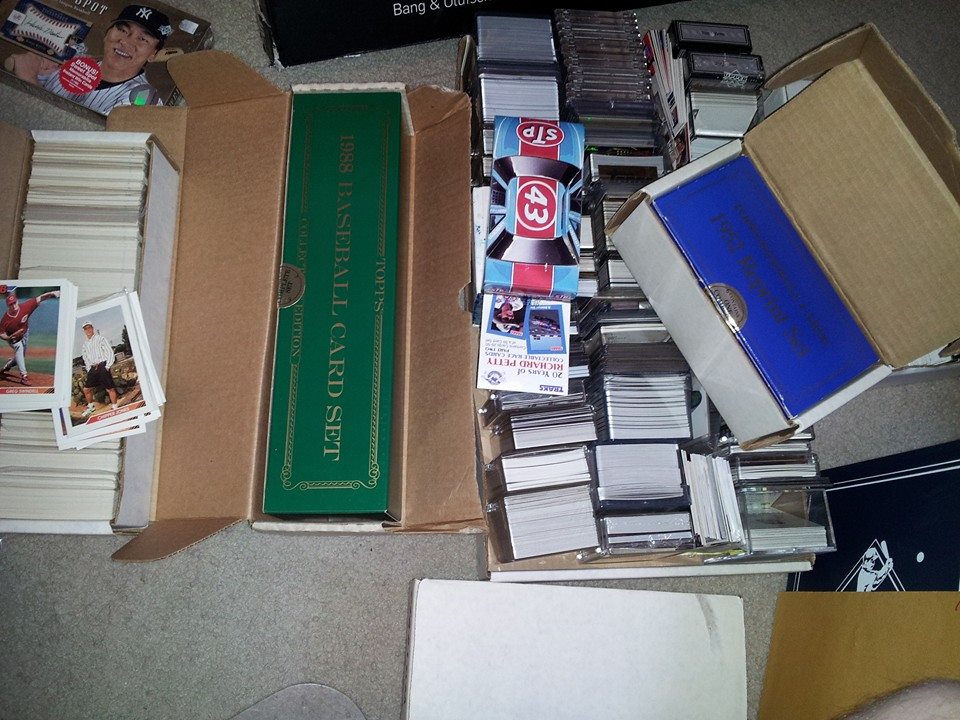 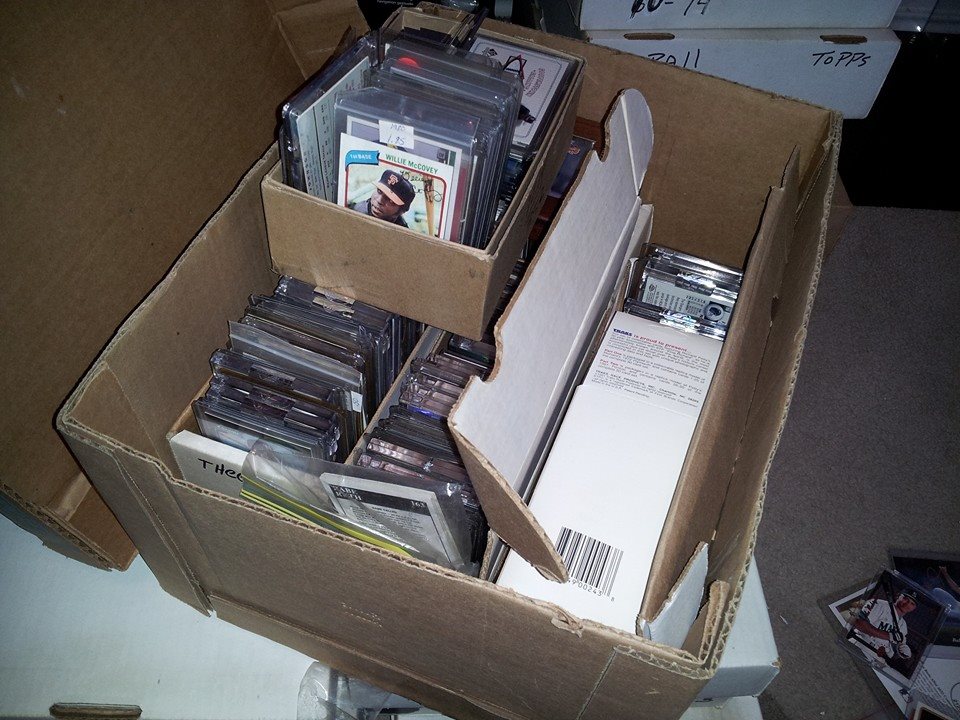 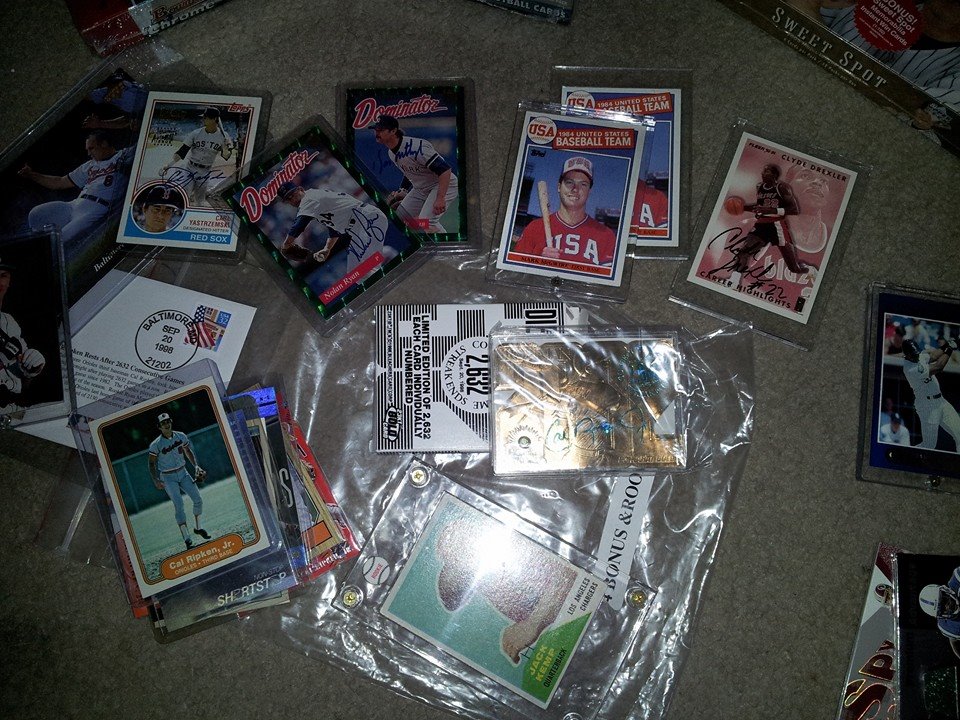 There was also 1986 Donruss rated rookie Canseco that was autographed & one not autographed so I’ll go ahead and keep them!

These cards (and the boxes of cards I got last weekend from him) were apparently his father’s who passed away. He does not collect cards at all. He also got a sweet thunderbird from which his father used to own. For documentation sake, I’ll combine the wax box purchase and this purchase together & call it the Thunderbird lot.