Custom cards for a father

Greetings from on the road, fellow cardboard addicts!

As I type this, I’m in a hotel about 200+ miles away from home, and ready to ride shamu.  I just had to post some fun things here while my family is still in bed.

I was recently contacted by someone who wanted to do some baseball cards of himself for his kids, but with a twist.  He played baseball in high school and college (great stats too – batted over 300 and swiped plenty of bags!).  I suggested we do something similar to a Five Star theme.  He loved the idea, so we went forward.

His father took some pictures of him playing (back in the late 80’s and early 90’s, if I recall correctly.

Here are the pics: 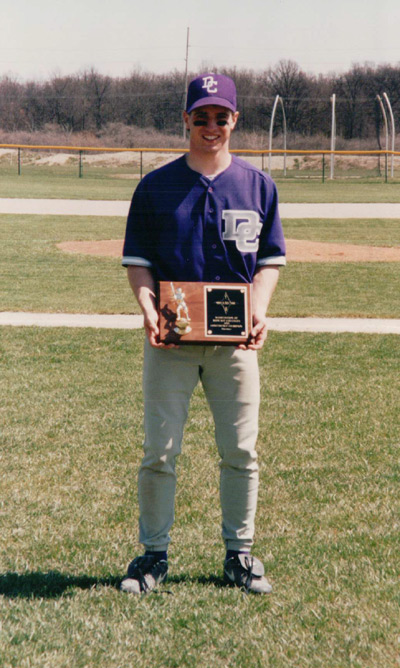 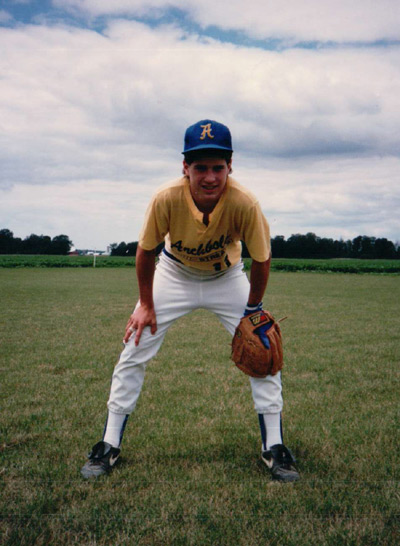 The coolest thing about it is that he sent me some pieces of his jersey and letter jacket from back in high school and college.

Here is a pic of one of the pieces he sent me: 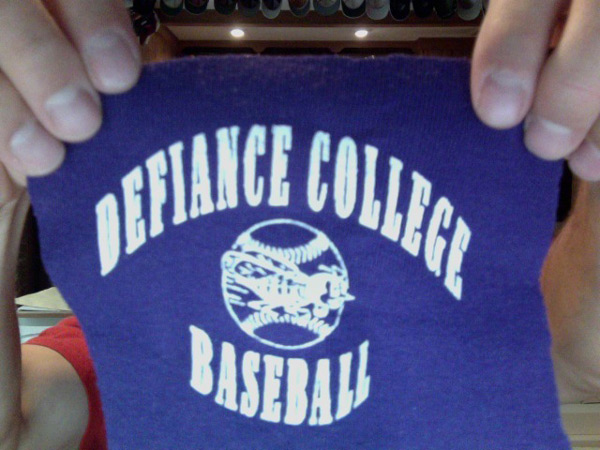 He has now been forever immortalized with his own custom memorabilia cards, and has something fantastic for his kids!  I love how they turned out – can’t believe I didn’t take pics of the backs of them.  They turned out great too! 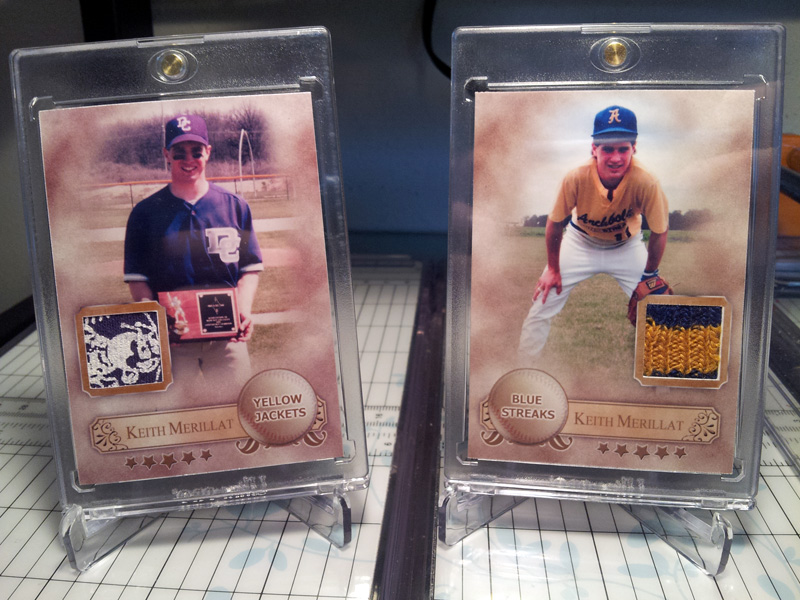 I think they look even better in person.  The pictures weren’t as high quality or good of color as I’m used to working with, so I’m always extra happy when they turn out so good even though the pics aren’t the best.

Okay, folks – off I go to the wonderful land of the free continental breakfast to stuff myself with bacon and egg goodness!

Oh, before i forget … a sneak peek at what is to come.  I got this in the mail yesterday just before I left …. 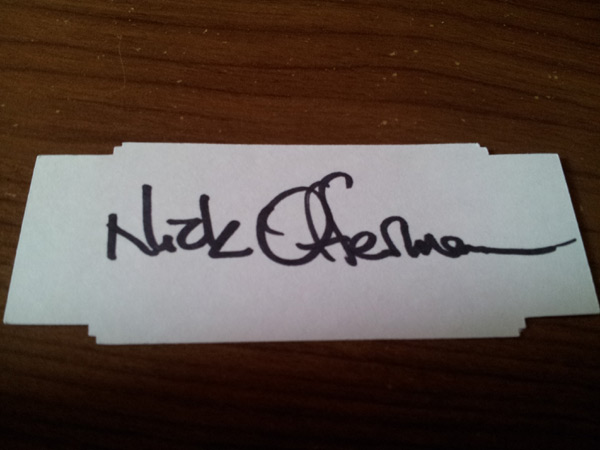 He is somewhat of a television hero to me – Nick Offerman.  You may know him better as this fella … 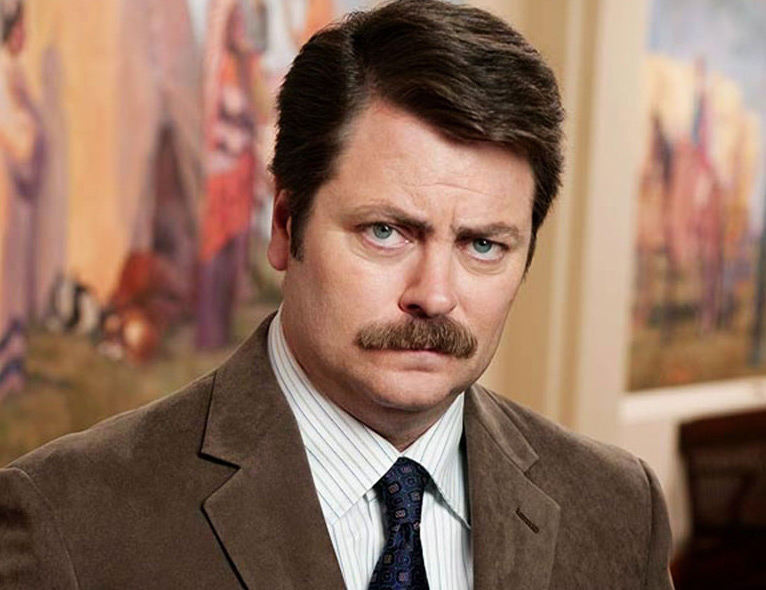 Ron Swanson, in all of his mustachioed goodness. I actually received two autographs from Nick himself!  I sense a new project in the works soon enough.

If I don’t write until then – Happy 4th of July everyone!