I have been chomping at the bit to start producing some more Canseco PC items for my collection, and I have finally had some time to sit down and work on some of them!

For now, I will just be showing off one, as it is the only one I have finished right now.

You may or may not recall, but a few months ago, AJ, the owner of the Canseco PERFECTION COLLECTION (dramatic echoing … then pause for respect…and…done) sent over a nice little care package for me of game used and autographed Canseco items. Here is a pic of the Canseco swag … 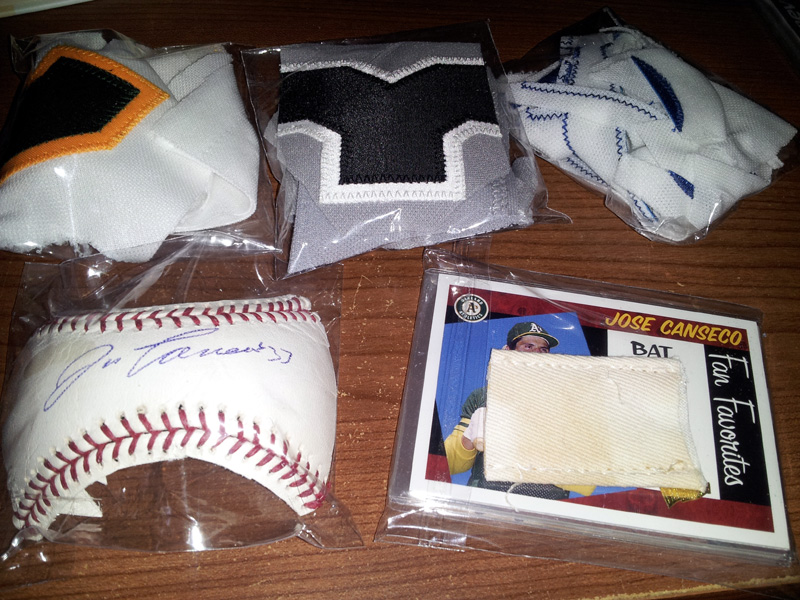 I feared for a while that I would not use it for a long, long time. Why?

Because I simply didn’t think I would be able to come up with something that would be worthy of the game used gold that I now have in my possession.

Canseco playing for the Rangers has some fairly major significance for me. For starters, him playing on the A’s accounted for a good portion of stability for me in my childhood.

That all came crashing down on me when I heard he got traded to the Rangers.

There was much weeping and gnashing of teeth. How could I have a favorite player NOT be on my favorite team?

Should I hate the A’s? Love the Rangers? Hating Canseco is simply out of the question! Aha! Sandy Alderson traded him. I’ll hate him! You have got to love a 13 year old’s logic!

In any event, it happened, and I was actually able to briefly meet him when I was 13 at a card show. I probably said this story before, but being in line for his autograph was like meeting a super hero. He signed for me, I said

Yes, my friends – Jose Canseco spoke to me … kinda. It was so great, that I completely lost track of time while riding in the car on the way home, as my mom got lost for about 2 hours. (Downtown Houston driving sucks!)

So, fast forward to this week. I started out to do an auto patch card. Something with a super nice patch, and a place for Jose to sign. That didn’t work out so well, as it overcrowded the design by …. a LOT.

That is okay though … I was able to make two cards with the design – one for the A’s for him to autograph (which I’ll show later when it actually IS autographed) and the Rangers patch card which I’m about to show.

I wanted it to have a high end look, and finally just some of the game used gold. It also had to have the famous 1/1 marking, some holographic gold, and … 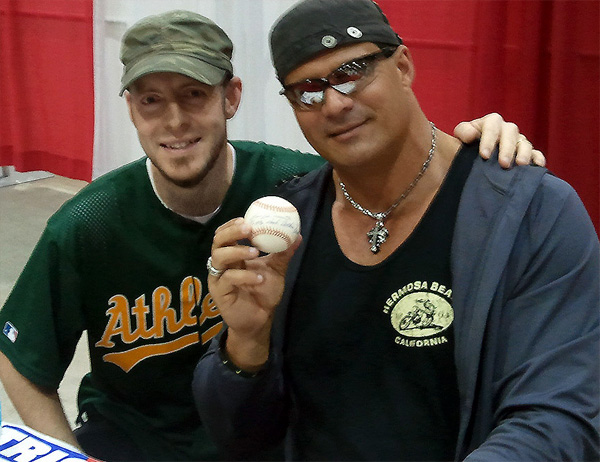 I couldn’t help myself – I had to make a cameo on the card! This pic was taken early 2013 – I bought a 1989 World Series baseball, and had Jose sign “To my Bash Brother Tanner”. My most prized posession … so heck, why not have it in the pic?

Here is a close up of the ball … 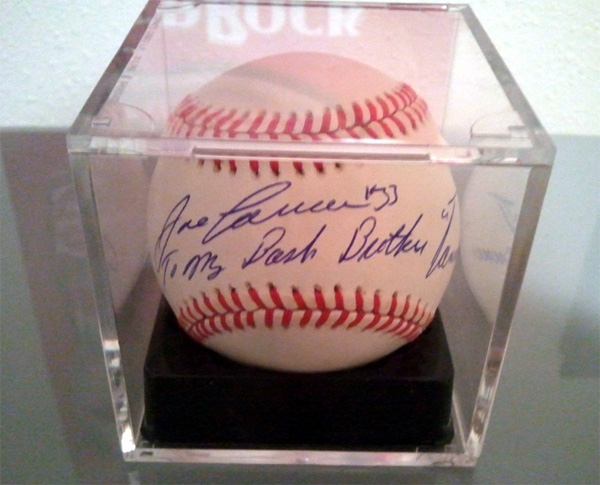 So, without further adieu – here it is! 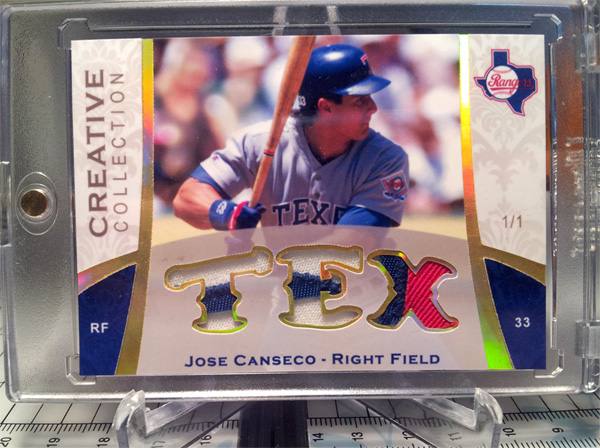 If you look closely, you will see an inverted blurred pic of Canseco and I over his shoulder on the left.

Here is another pic to show off more of the gold reflective qualities of it: 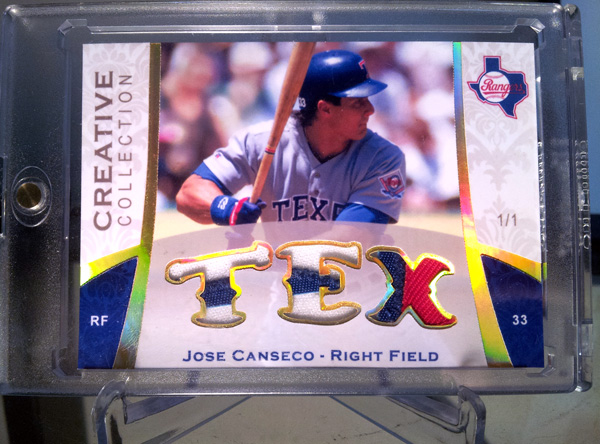 I’m through the roof with how it turned out! I think it all came along perfectly. Well, scratch that … it most certainly did NOT come along perfectly. It was nightmarish to put together. Heck, I was at the final
stages of putting it together last night … TWICE … and failed miserably.

This morning, I was able to get it all together.

Here is a pic of the back. I figured since I’m the creator, why not sign it?

Okay, I confess … I did not sign it. I just signed the sleeve. 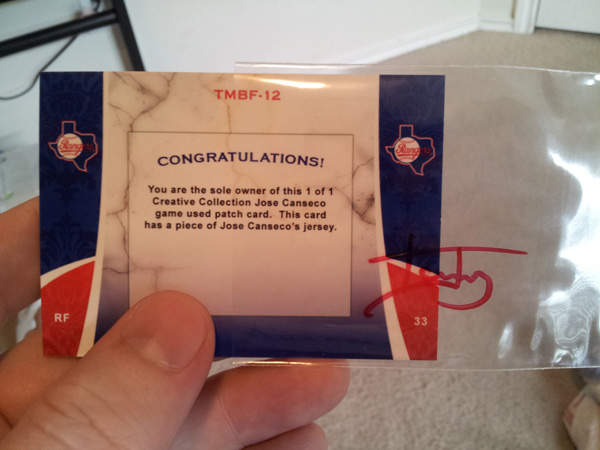 Maybe at some point I will sign, but I just don’t have the guts to yet.

As always, thank you for reading and your comments!