Well, folks – I am overwhelmed. I am overwhelmed with gratitude for all of you who have helped me on my flip quest. For all the deals I have made so far, half of you have given me freebies!

I certainly do appreciate it.

Many times whenever I do a deal with someone, I try to slip in a free unopened pack of cards … why?Because everyone loves to open cards, right?

It reminds me of a guy came over a while ago to look at some cards I was selling, and we agreed with each other – ain’t nuthin’ like sitting down to open a box of baseball cards! He took it a step further.

I love opening packs with my family, but he apparently doesn’t.

He told me his wife sat down to open some with him and he responded sharply with a “What do you think you are doing, woman?!?! If you open some of these, then that means less for me!” I LOL’ed quite hard at that, and apparently, this “argument” went on for a while until she finally gave up and walked off.

So, onto the goods! Here is the latest update – this is about 4 deals, 3 of which came in the mail today. LOVE when that happens!

If you don’t know already, I’m a big sucker for these multi patch shiny cards like Triple Threads, Museum, etc. Here is a deal I got from someone yesterday: 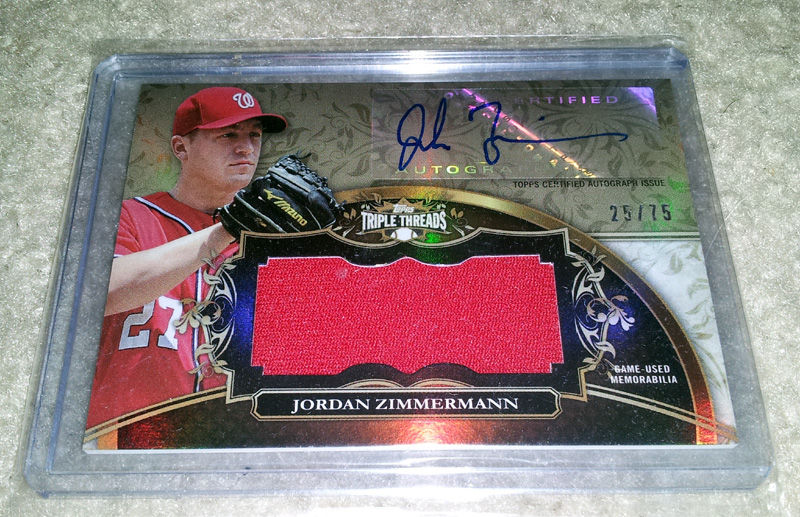 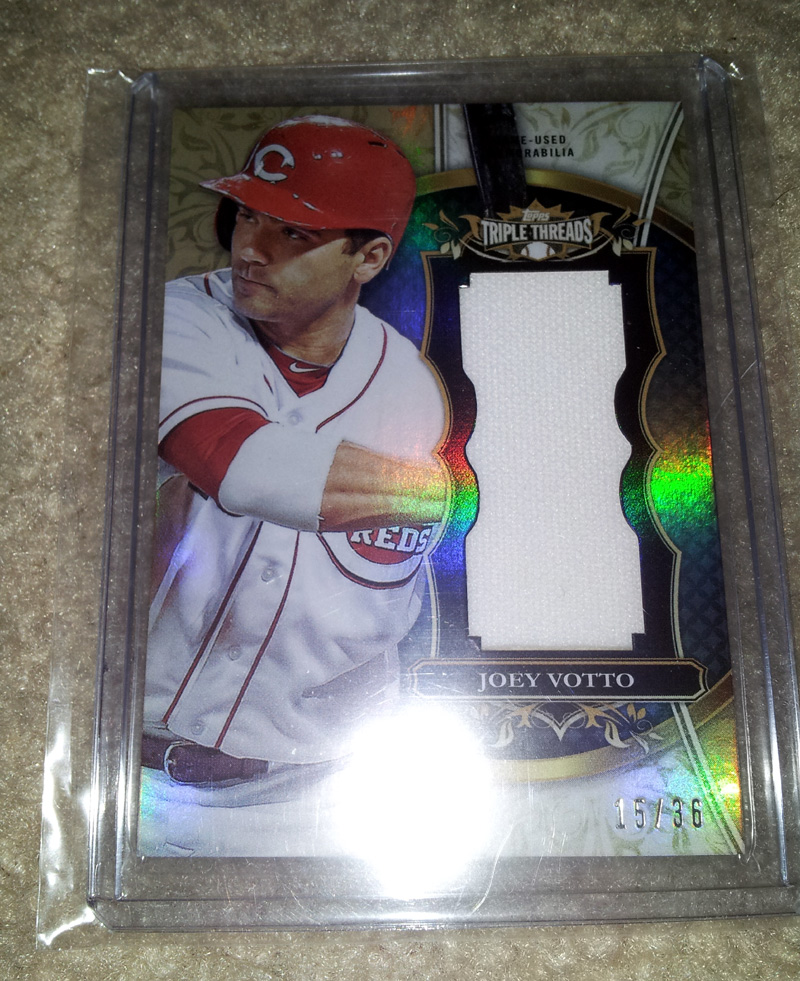 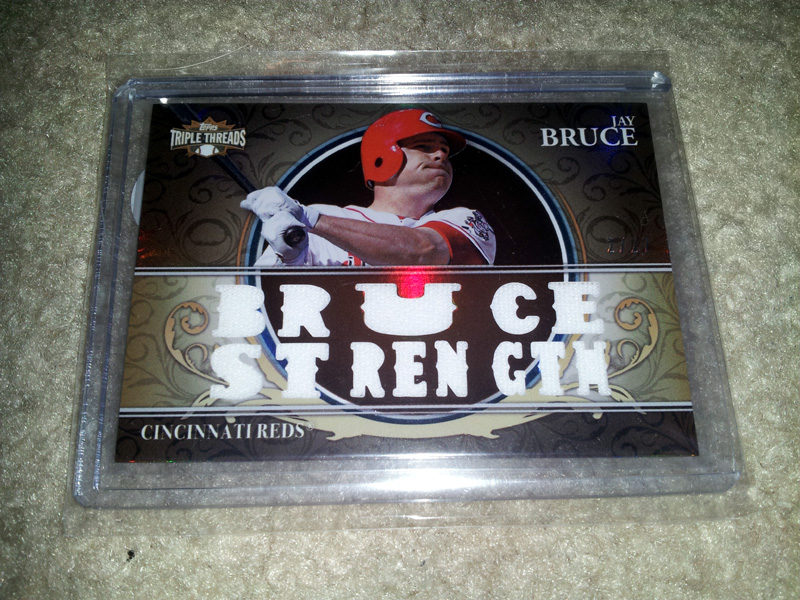 Deal #2
Well, this is actually the first deal I made for my flip quest, but it came in! AWESOME!!! Thanks @natespringfield ! 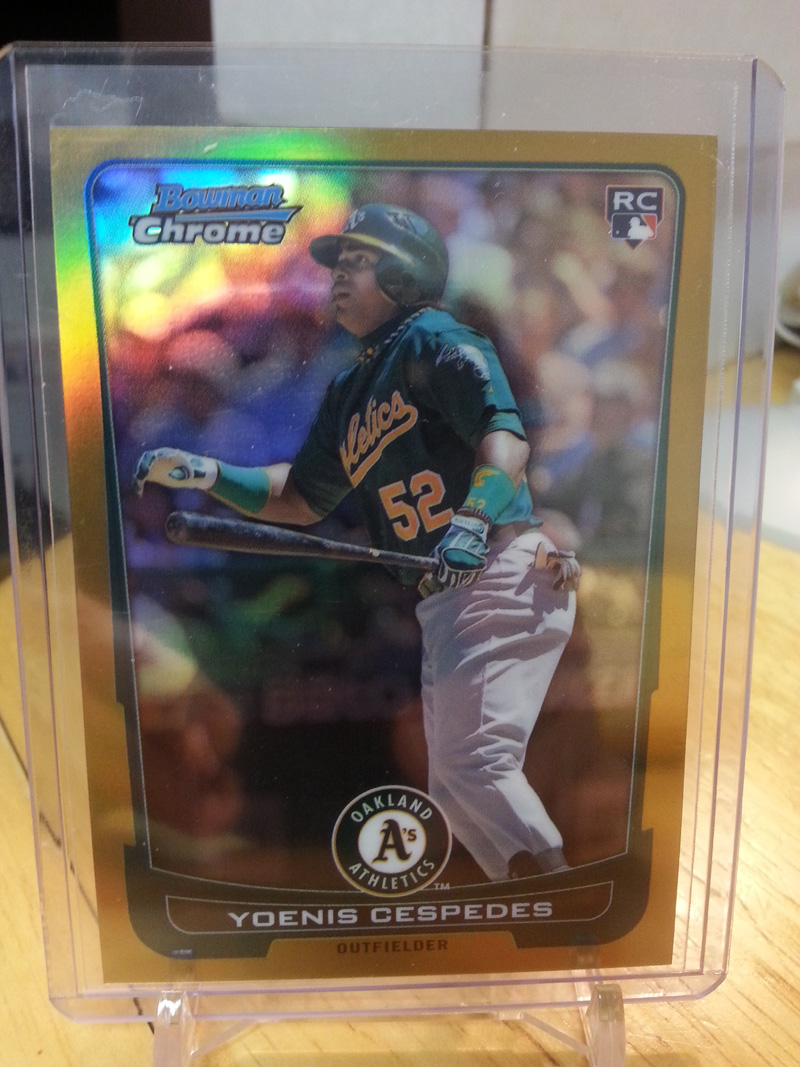 Deal #3
Love these cards. These came from @scurvey90

JoFer power! @scurvey90 didn’t just stop there. He also sent me these beauties for FREE:

Thank you once again – you rock!

Deal #4 to report for today, and this one is crazy. Brought to you by @DbackskcabD

I traded for these 2 items:

… which, by the way … absolutely STUNNING set. I have a feeling that Upper Deck produced it with the intention of it being a one-off or something. It looks like they didn’t leave any in the tank for other years after this. The photography, feel, player selection, etc. is just amazing. I think this set had to have won some sort of awards. The Babe, Gehrig, Ripken, Griffey, Pujols, Jeter, etc. are all in there, and in many cases in iconic action shots / poses, and multiples of many of these players!

Now, here is where it got crazy. DbackskcabD sent this note:

A 1/1 sketch card (DbackskcabD – did you do this? This is really great work! I wished its beauty could be shown in the picture better, but man … great job!)

I guess I can safely say my flip quest is in full swing – thanks everyone. If you want to deal for the 89 ud puig, (or someone other than puig) or of course, any of the cards in the deal list on my flip quest post hit me up – this has been a blast!

Before I wrap this posting up, I wanted to show off one of my latest creations. It is a 2011 Topps Update Yoenis Cespedes Lime-Canary Rookie Refractor: Pity his rookie was in 2012 … 2011 is a much better design.

This project required the use of some latex medical grade gloves, for reasons I’d rather not say.

I hope to take my family to the A’s / Astros game tomorrow and get his autograph. If it doesn’t happen, I’ll probably attempt to ttm it, as I hear he signs that way. Wish me luck!

Oh, and the money shot of my custom and 2 of the Cespedeseseses I have received during this flip quest: