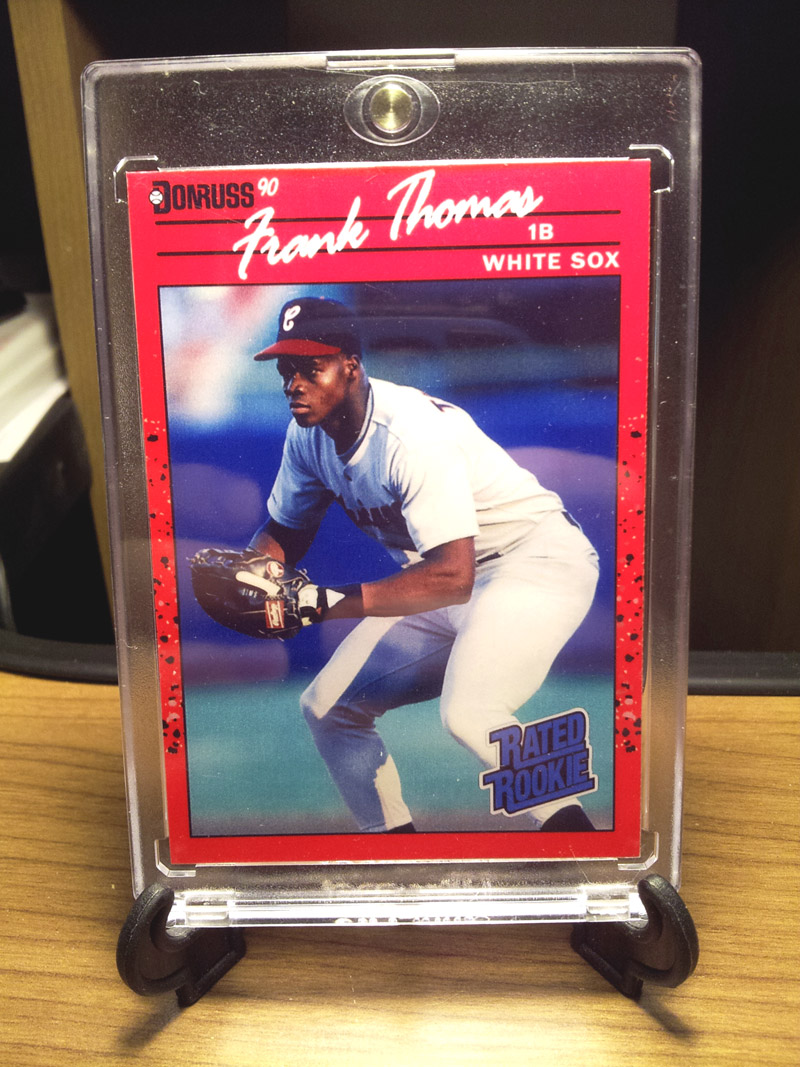 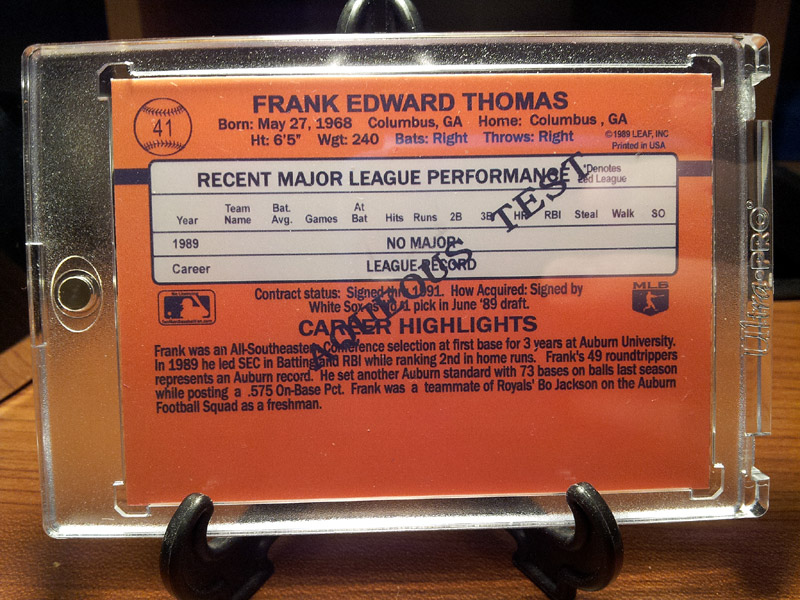 Known by collectors as the “junk wax” era, the late 80’s and early 90’s were dominated by the “big Five” – Topps, Donruss, Fleer, Score and Upper Deck. “The printing presses literally did not stop from December until June.” commented Jason Sutcliffe, former Donruss Employee.
“We told those close to us to never invest in baseball cards, because we knew like any investment, it was all about supply and demand. While the demand was at an all-time high in 1989, we who worked at Donruss knew that the supply was so high, every man woman and child on the planet could own at least 3 sets of 1990 Donruss.
That just isn’t a recipe for a sound investment.”

Sutcliffe was right. As the internet became more mainstream, the eyes of the public were opened to a better idea of the glut of product out there. Auctions for 100 Sammy Sosa 1990 donruss rookies would pop up, and after a while, you could start picking them up for a quarter per card. The card itself would have a book value of $2.00, but the true value of the card would be significantly less, because everyone who collected already had at least a few, so nobody wanted one.

So what makes this 1990 Donruss Frank Thomas so interesting? If Sammy Sosa’s card only goes for a dime, wouldn’t a Frank Thomas from the same set be somewhere within a dollar of that?

“It is an ‘Aqueous Test’ version of the card.” Sutcliffe commented. “We were getting many complaints about health hazards due to the ink we were using back in the late 80’s, so as a test, we tried a water based ink.

It did not turn out to be cost effective for us, so after a few test runs, we were ordered to destroy the the cards that were printed. Everyone ended up keeping them. I didn’t get any of them, except for the ‘throw aways’.”

“The ‘throw aways’ were of 3 cards: Gregg Jefferies, Jose Canseco and Frank Thomas. While Jefferies and Canseco made it into the set, Frank Thomas did not.

You can easily tell these from the others. Aside from ‘INC’ missing the period on the back, and the back being marked with “AQUEOUS TEST”, the MLBPA logo on the back-right does not have a border, whereas the other Aqueous tests do. Another thing to note is that the borderless version of Jefferies and Canseco featured completely different pictures from the ones that made it into the set. The photography was so bad on them, they came close to not even making it into the set. Finally, they were able to get suitable replacements.” 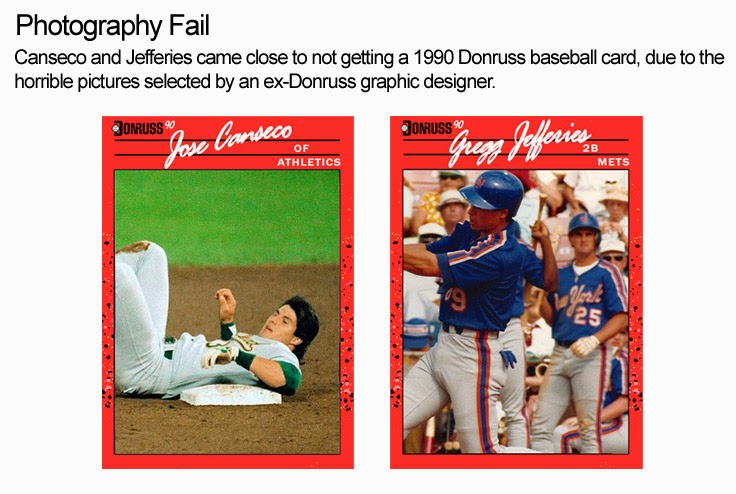 “The Thomas however, is a completely different story.” Sutcliffe recalled. “People got fired over this. Half of the decision makers were not a fan of Frank Thomas. He was young, unproven and would have likely been included in the Donruss supplemental set “The Rookies” that would come out later on in the year anyway. Because of this, they scrapped Thomas from the set entirely, after the Aqueous no-border MLBPA run. As you can see, Thomas would have been #41, but instead, Andy Benes took his place. The unbordered MLBPA versions of Jefferies, Canseco and Thomas were literally only printed a few times. When they first went through the printing presses, the quality control inspector caught the lack of bordering around the MLBPA logo and ordered the press to be stopped immediately, for fear of not meeting the MLBPA’s logo usage guidelines. That could have easily cost the company what Thomas got paid from the White Sox over the first 2-3 years of his career.”
“The copies of the 3 card panels were literally thrown in the trash. I scooped them out and used the cutting equipment at Donruss to separate them. Only two others of these exist. I know, because I gave the doubles to two co-workers after they left the company a year later. One was a big Canseco fan, and the other had a kid who collected cards that was a Mets fan.”
The ’90 Donruss Frank Thomas card that Sutcliffe, and a few other unknown people out there own could end up being the most significant card from the junk wax era, if one ever hits the market. The 1990 Topps Frank Thomas version without his name on the front can easily command over $1,000, and so can some of the stars from the 1990 Donruss Aqueous test set.
“I would never sell it. This is a piece of baseball card collecting history.” Sutcliffe commented. “Don Sherman, the Donruss Quality Control Inspector
contacted me the day after Thomas was inducted into the Hall of Fame and offered me $5,000 but I turned him down. I didn’t even know he knew that I had it! I’m going to keep this forever. For all I know the other 2 have been lost or thrown away.”
It looks like the crown jewel of Frank Thomas collectors everyone might be out of reach. For now anyway, unless one of the other two owners step forward, or if someone ends up printing them.
About the Writer
Joe King is one of the many writers for tanmanbaseballfan.com. King has been a writer for years, and is more of an idea, than a person, just like the others. He has investigated and cracked many fabrications such as the one above. Joe King spends his free time producing high quality, unsubstantiated news articles for his readership to enjoy. Please note, he is never serious. He is Joe King!


UPDATE
I’ve really been itching to produce this card in an inverse border/rated rookie logo color variation.  I think it turned out super sharp.  Here are some pics! 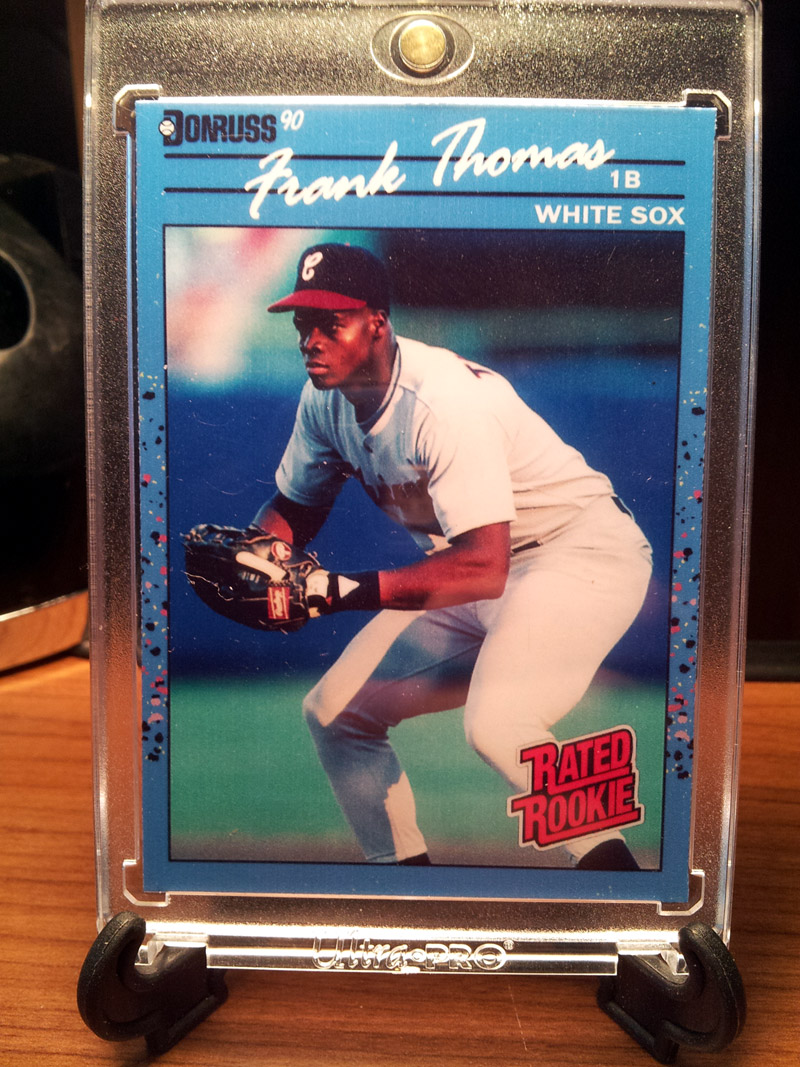 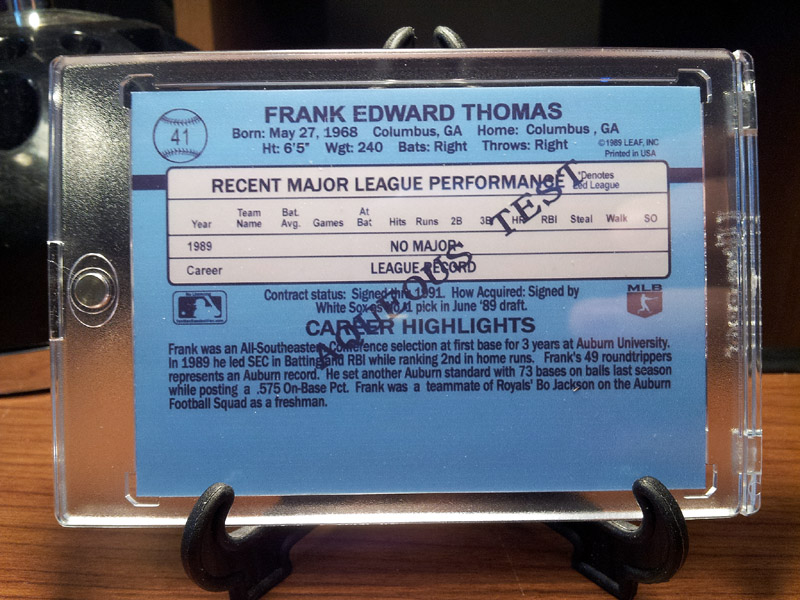 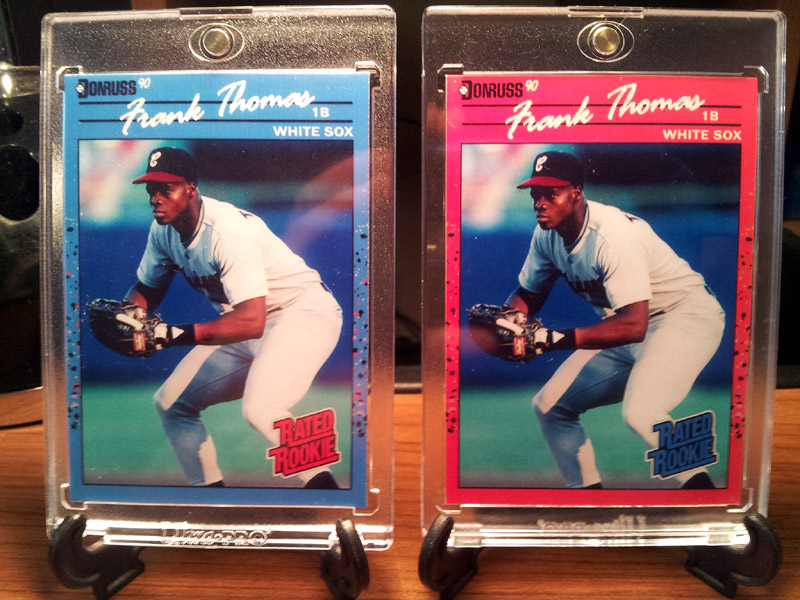