For those of you who are in the know, the new season of Arrested Development is coming back tomorrow, after an 8 year haitus on Netflix, and I couldn’t be more excited.  The title of this blog is an homage to a famous quote from the show, but it has a double meaning.  Keep reading for more …

A few weeks back, I mentioned I had purchased a 400,000 card collection.  I have since been able to climb into the black with the collection, and have a whole ton of good stuff left over!  Half the fun is sharing my treasures on this blog, so here it goes.  Oh, and first, a little background.

The guy who purchased these, got them from a dealer about 11 years ago, who passed away due to cancer.  He had purchased them for $15,000.  No doubt, there were cards he had sold from this lot before I got my paws on them, but still, based upon what all I was able to move in a few weeks, and what I have left … I must say I’m thrilled.

What you are looking at is nearly 40 boxes left over of what is mainly good stuff. 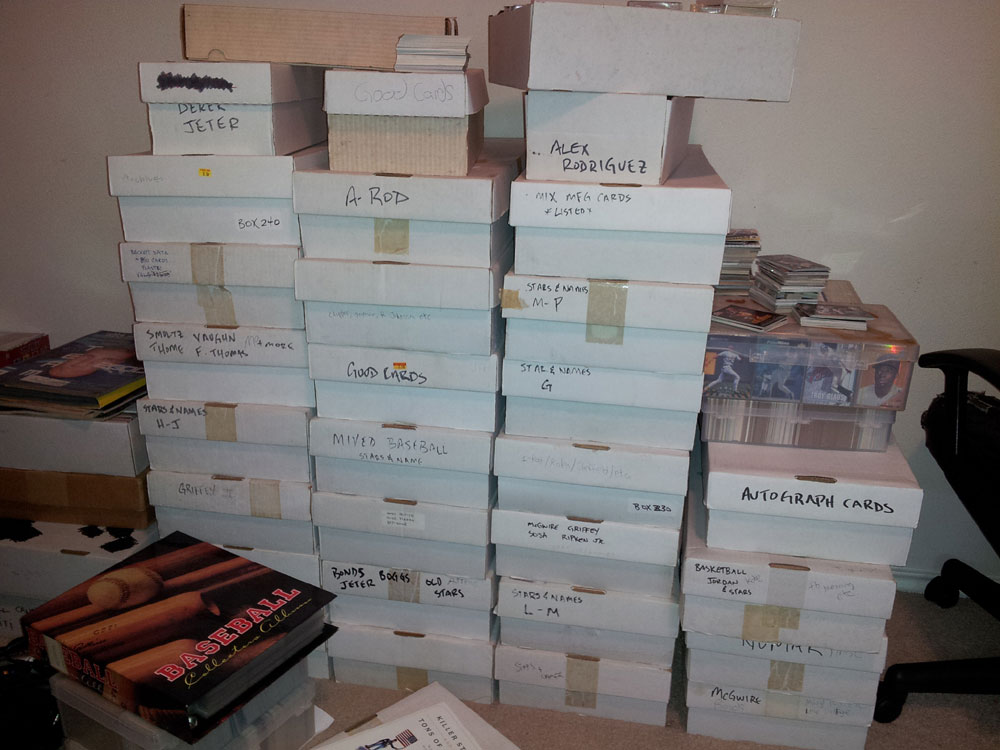 There are some rows of nothing but Andruw Jones, Chipper Jones, Randy Johnson, Frank Thomas, Greg Maddux, etc. (many of the boxes look like this) 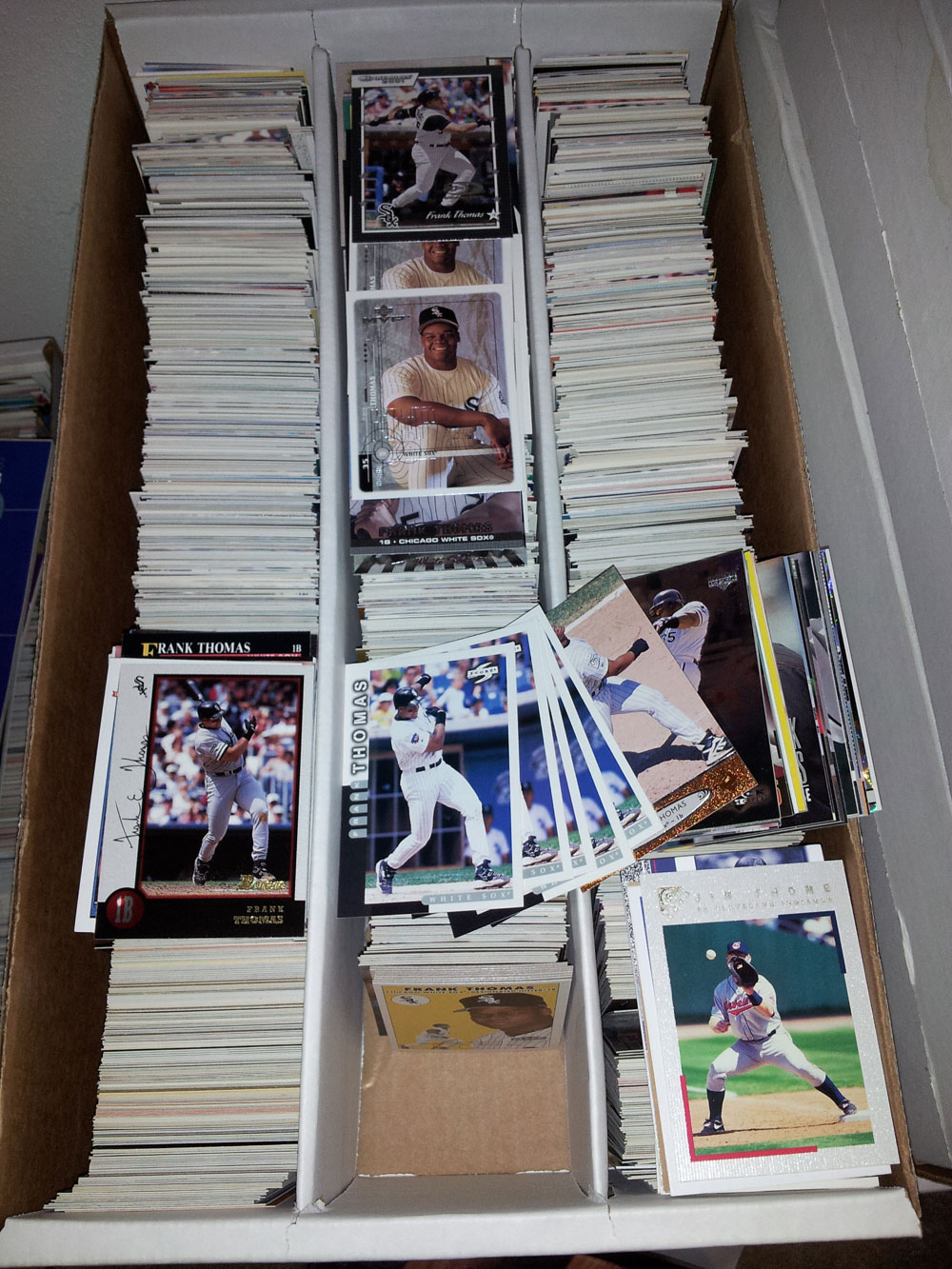 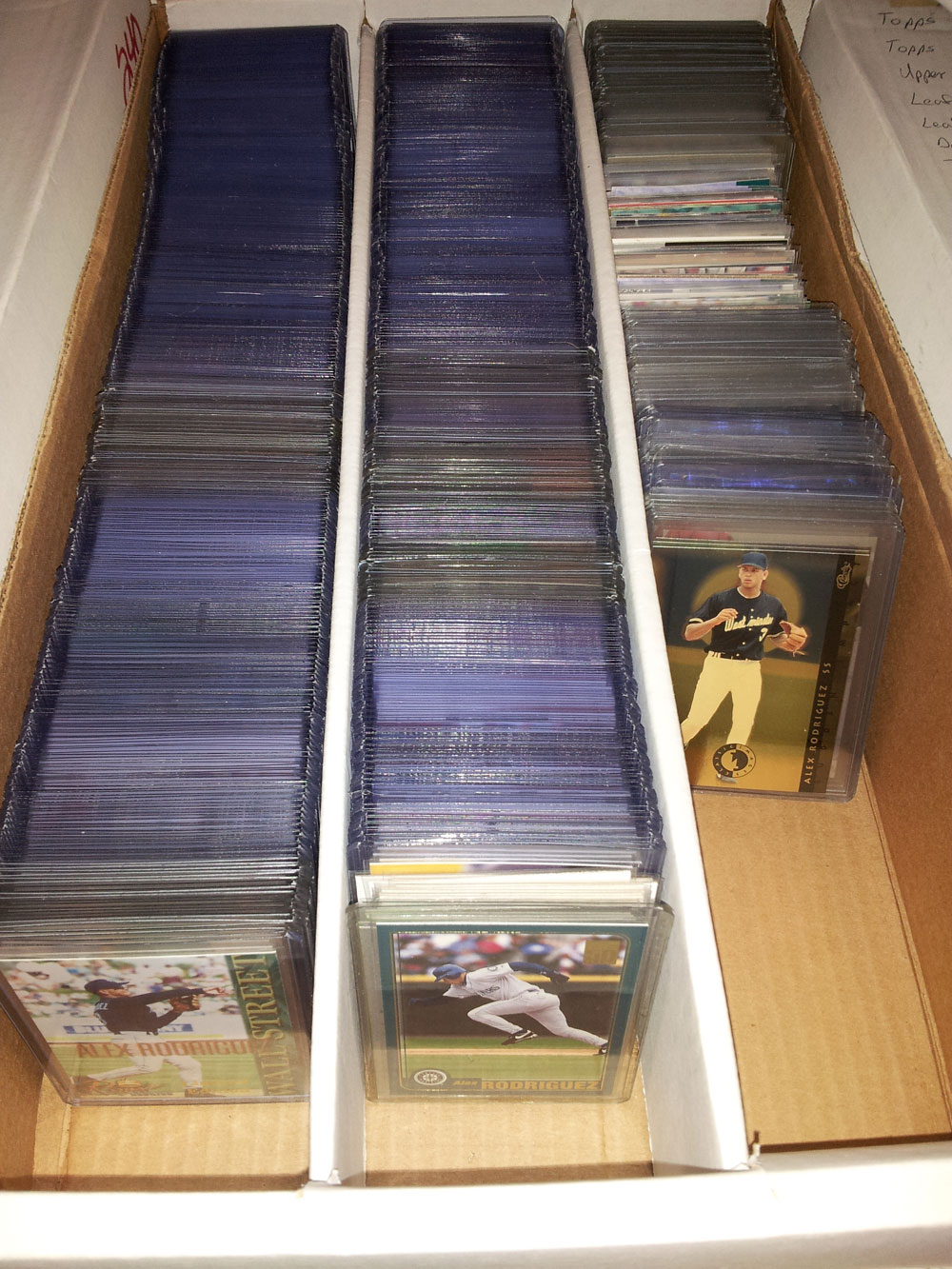 but there are some boxes full of nothing but Derek Jeter and Ken Griffey Jr.  I’m not Andruw Jones hater, but then again, he’s no Jeter.  All in all, basically everything you see is filled with stars, rookies, inserts, etc. 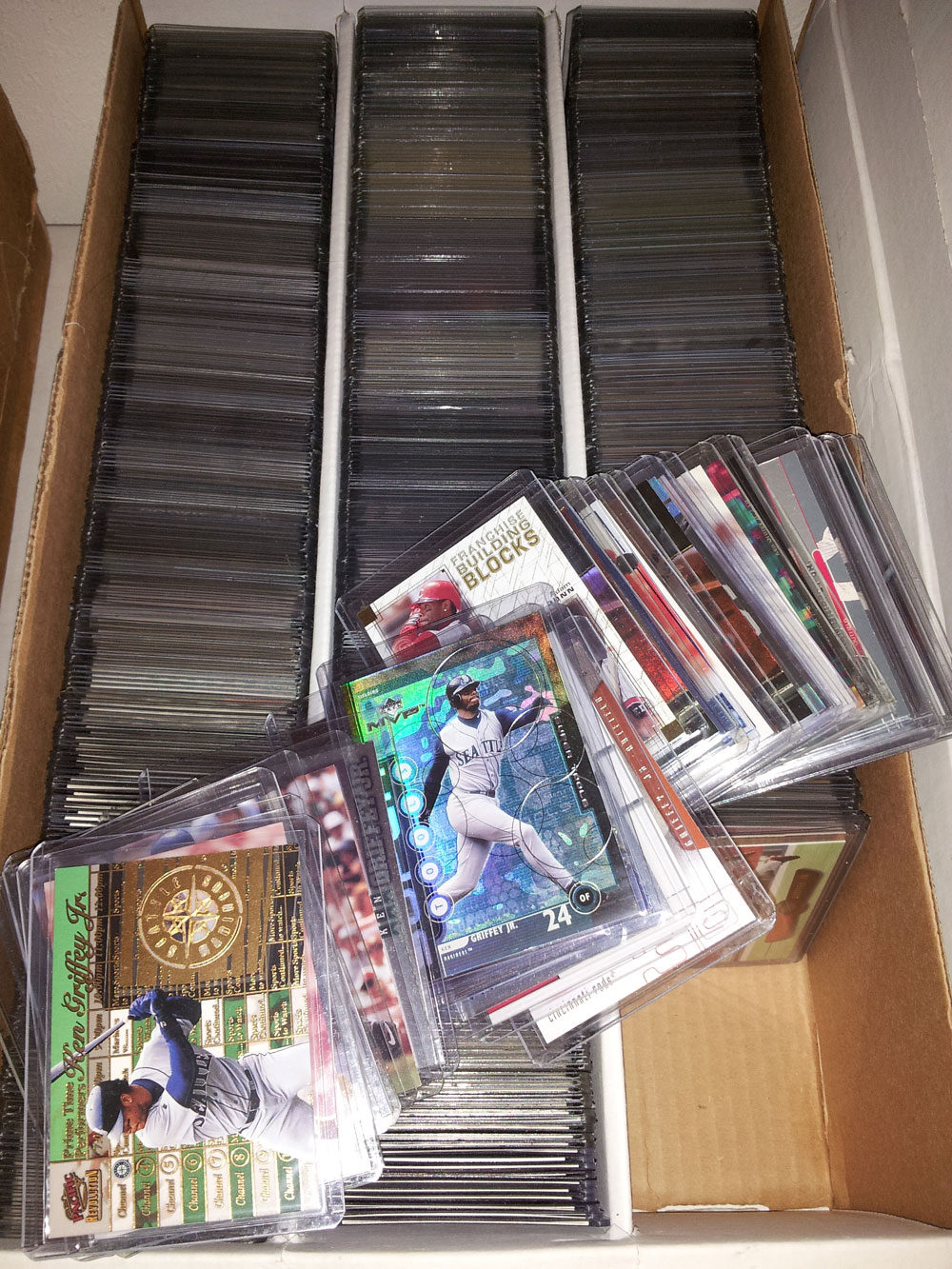 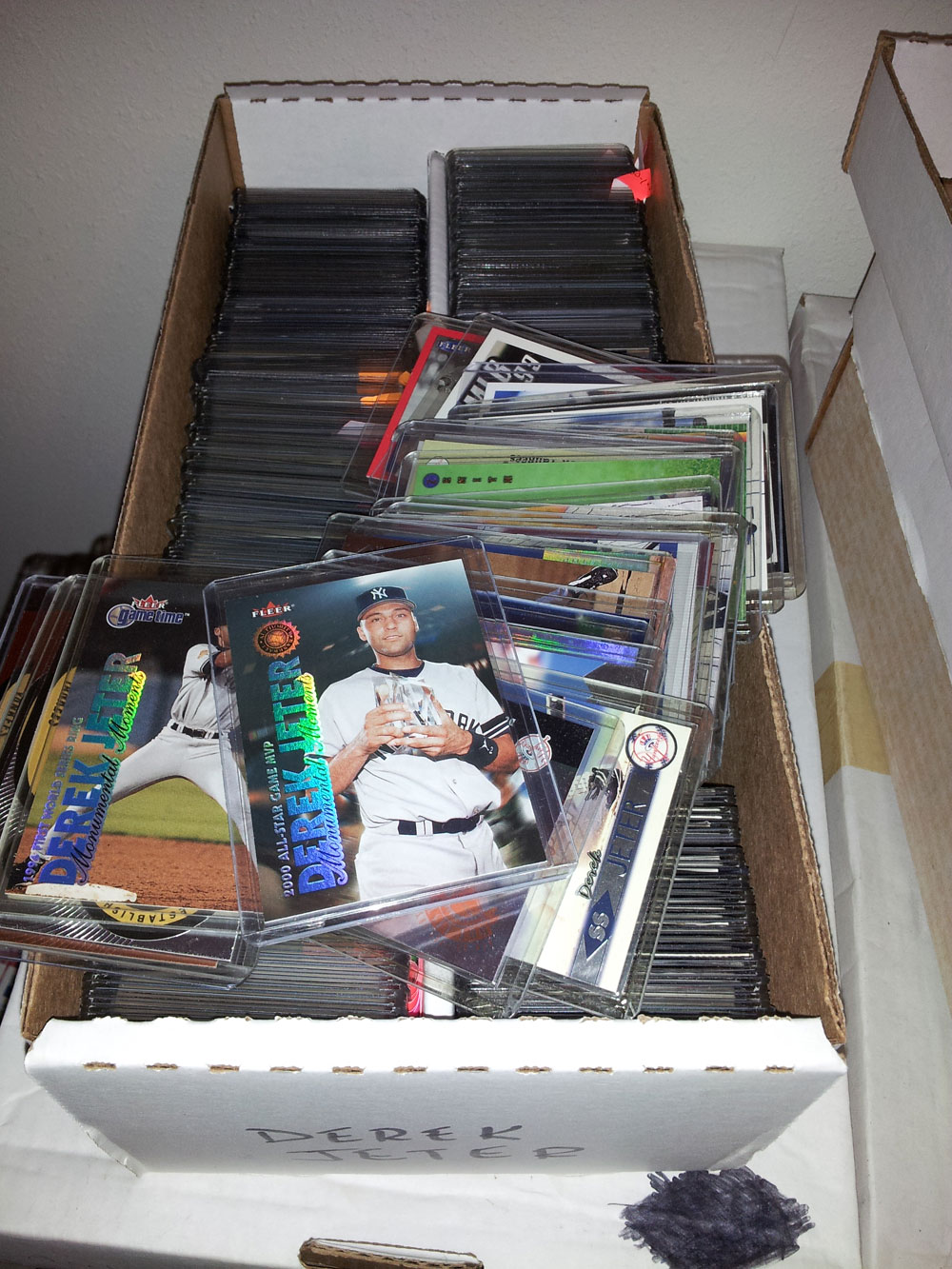 One box is filled with about 600 autographs.  Most of them are from minor league sets, which I’m personally ok with.  I was able to find lots of autographed cards of minor leaguers like Barry Zito, CC Sabathia, Kerry Wood, Eric Gagne, Vernon Wells, Paul Konerko , Todd Helton, Adam Dunn and many other guys.  Very slick stuff!  There were also a good number of retired / hall of famer autographs too. 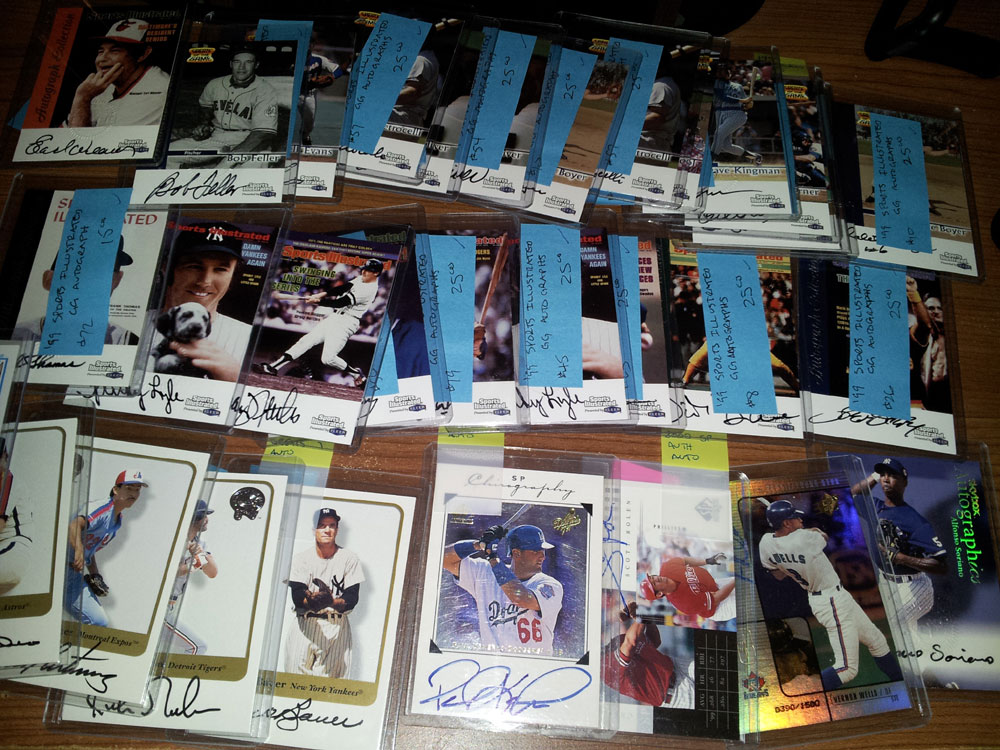 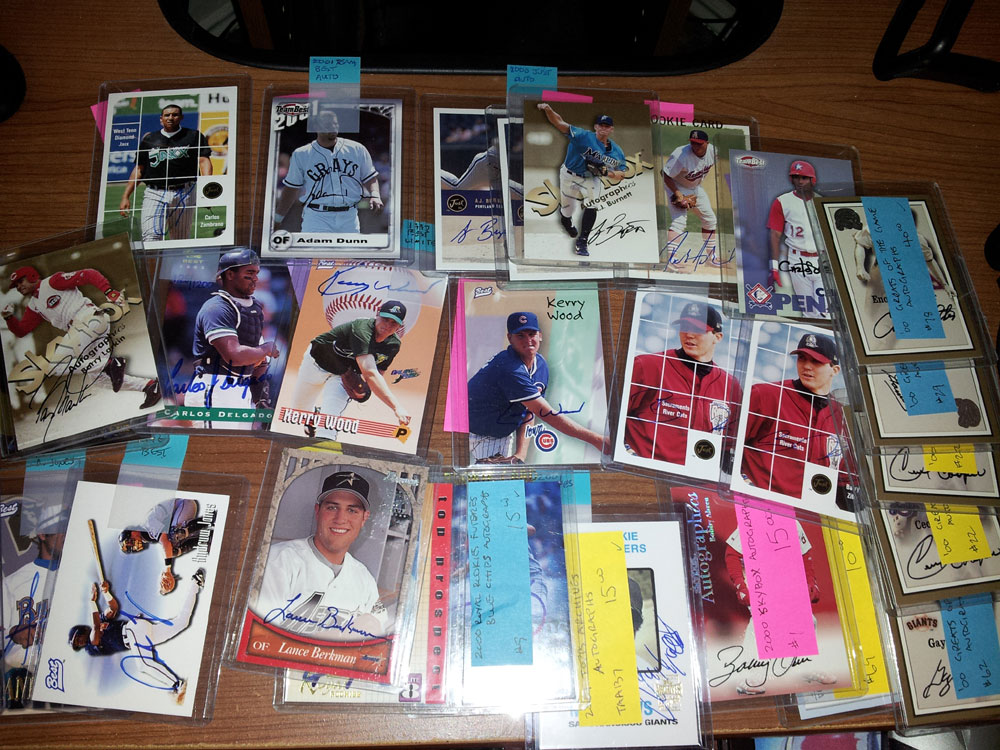 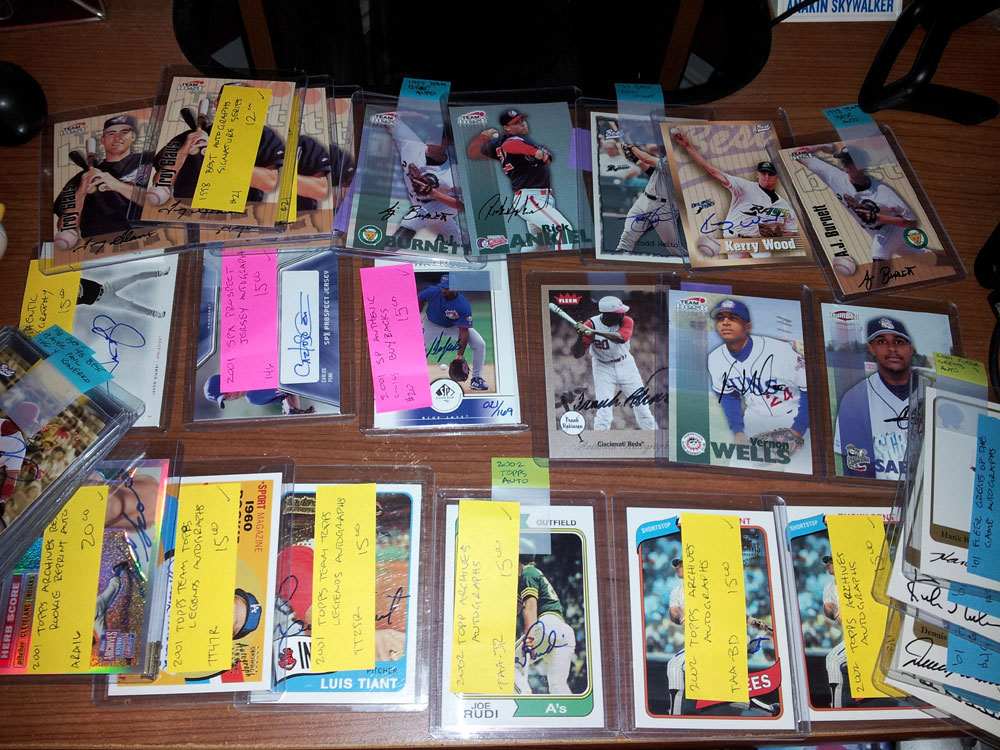 Plus, a whole slew of rookies/nice inserts of Pujols, Jeter & Ichiro, & others 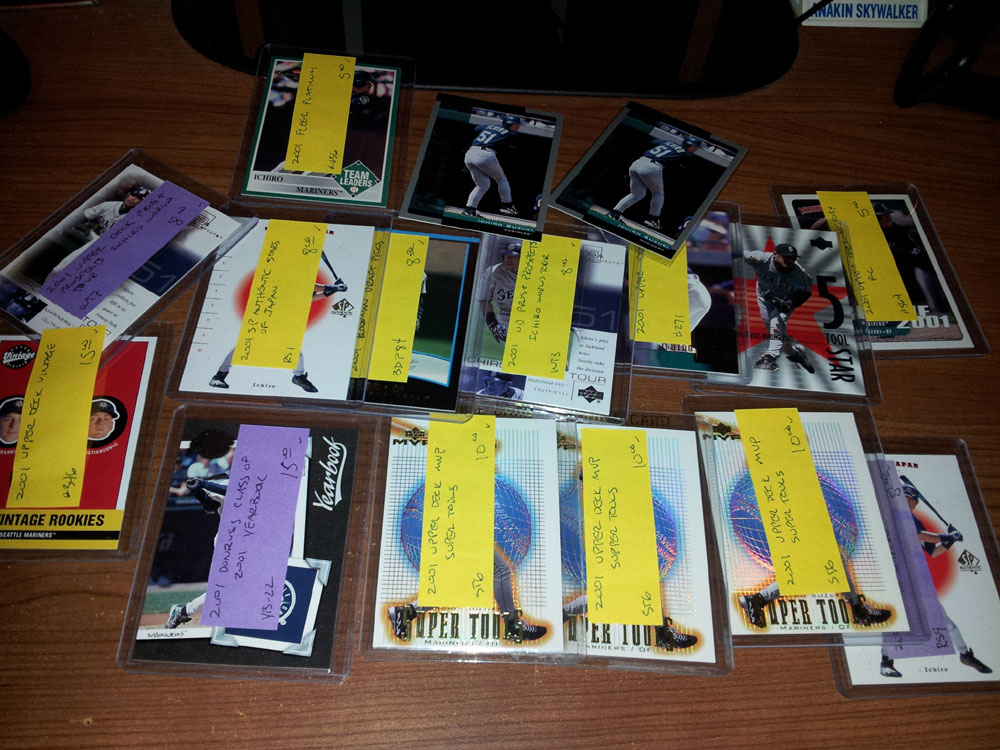 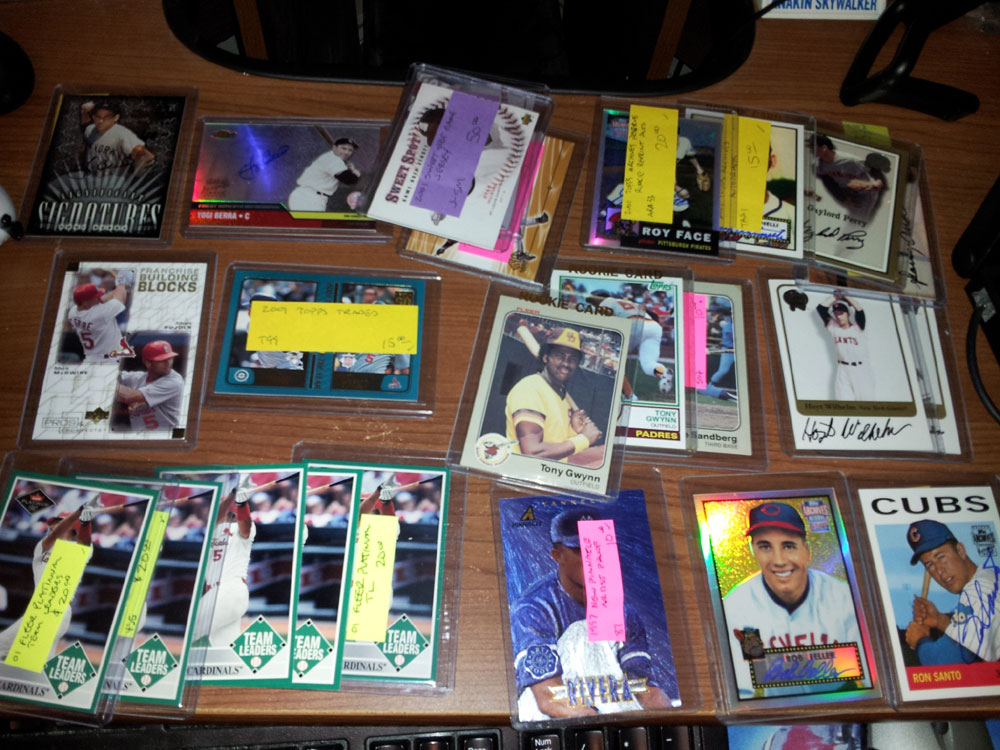 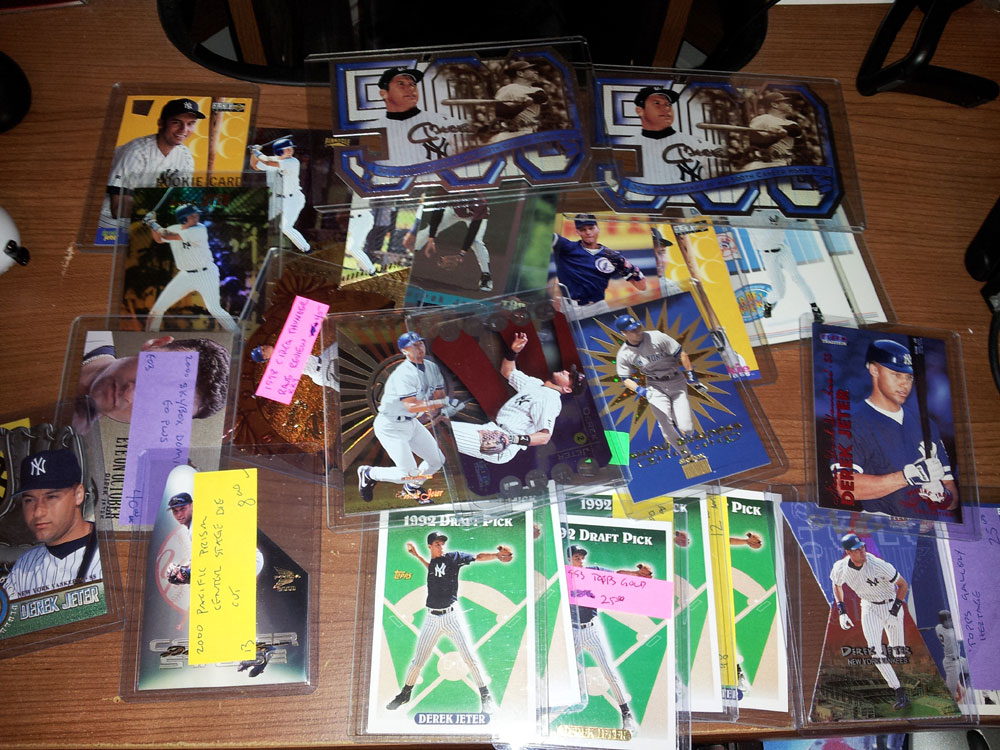 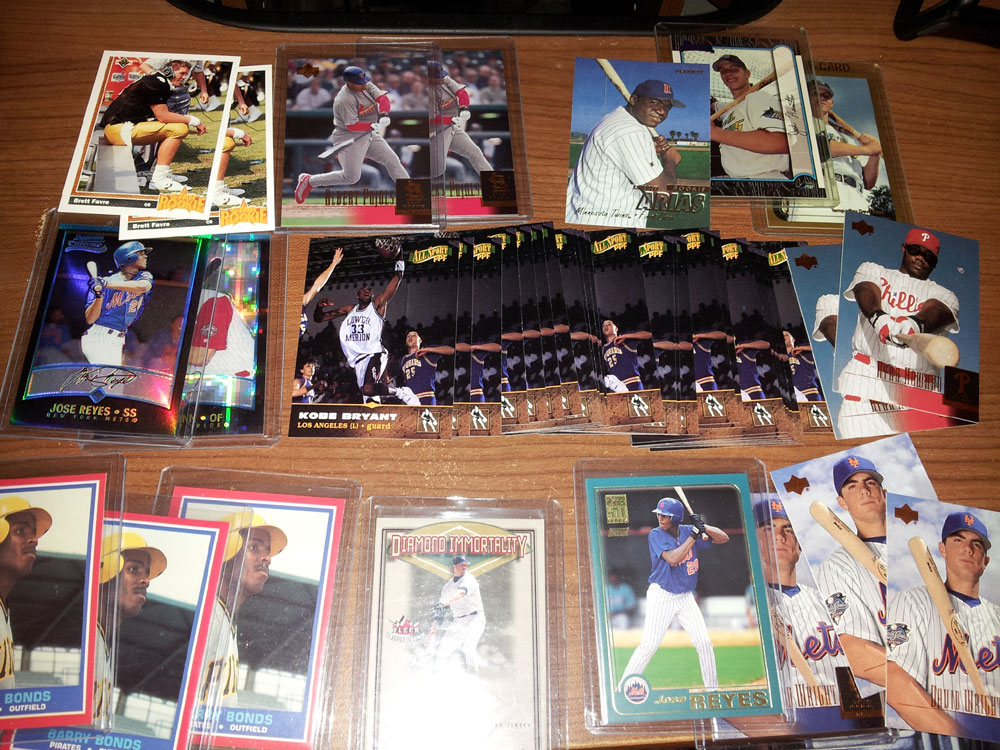 Some of the cooler cards I found were autographs of Barry Larkin, Yogi Berra and Bob Feller, as well as a Select gold Jeter.

There are about 4 huge tubs full of stuff as well that have things like autographs of Alomar, Thomas, Brooks Robinson, a gold card of Nolan Ryan, and other neat things.

Perhaps the biggest surprise was the containers.  Just for the heck of it, I checked online to see what the containers themselves were going for.  As it turns out, each one goes for about $7 or $8 each, and I have nearly 70 of them!  I have since emptied them of cards and have been selling them separately.  NEVER would I have ever guessed that the containers would be worth so much.