Trading Game! Are you in?

The other night, we went to a friend’s house for her birthday party.  It was at her parent’s casa, so they had a fire going, and a good time was had by all.  Her dad was there, and I remembered he collected baseball cards.  I struck up a conversation with him about it, and he invited me in to show me some of his stuff.

He mentioned he largely got out of the hobby, but still had a few items.  Notably, from what I recall, a 1968 Topps Nolan Ryan / Jerry Koosman rookie – autographed by both!, a 1999 Topps Traded Josh Hamilton Autograph – graded by BGS, a 9.5 and a 2001 Bowman Chrome Gold Refractor Ichiro #’d to 99.  There were others, too, but those were the stand-outs that I recalled.

He said he also had a 2001 Bowman Chrome Albert Pujols Autograph at one point, but sold it off recently for $5,000.

That is, like, the holy grail of modern cards right there!  Anyway, as we kept talking, he opened up his cabinet and gave me a factory sealed 1989 Fleer baseball set!  Completely free, no strings attached. 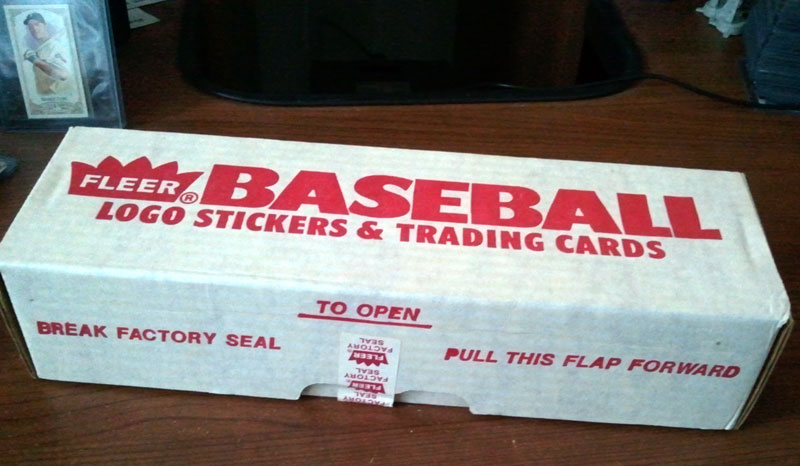 Who’s birthday was it, again???

When I came back to the group, while coddling my gift like a new born, people were asking WHOA … did you buy that from him?

When I got home, I had an idea.  What if I used this to start a trade-up game?

What if I could trade my way up to a 1999 Topps Traded Josh Hamilton autograph?

Sure, there is a good amount of gap between my fleer set, and the Hammy auto, but this set is solid.  Fantastic design right out of the 80’s, rookies of tons of key future hall of famers/stars like Ken Griffey Jr., Craig Biggio, Gary Sheffield, Randy Johnson and John Smoltz.  Not to mention the fact that there are possibilities to pull some Gem Mint graded rookies here!

So, anyone want to offer up anything in trade?  Or perhaps cash – I’ll sell out-right at $20 dlvd, and keep my dealings posted on the blog!  Heck, if you just wanted the big 5 rookies, I could do $10 dlvd, to save on shipping, and such! 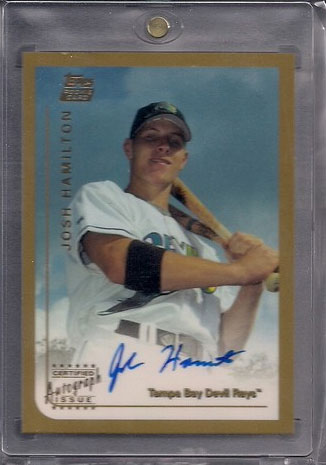