Trade of the Day

I don’t do much trading, but I had reached out to a guy online who was selling his collection.  As it turns out, it was a guy who I had setup next to at a card show I was at.  He had a bunch of older wax and sets he was trying to get rid of.

He brought up the “x-factor” that all of us collectors have to deal with:

He mentioned that if he sold his collection, his wife would probably end up taking the money, so he’d like to keep it fun, and just keep it all cardboard.  I hear ya, man!

I made an offer to buy him out, and he said he would actually rather trade!  I generally stick with cash, as it is easiest to deal with that way, but I really like this guy; he is easy to do deals with, and I haven’t traded for a while, so I figured, what the heck!

I told him I had hundreds of jersey/autographed cards and hundreds of new wax boxes.  He said he was interested, and would come over the next day.

The problem was, is that shortly after my conversation with him, someone bought all my jersey/auto cards.  D’oh!  I texted him, and he said he was more interested in the wax anyway.  Phew!

He came over, and we poured over the cards for a while, to find a few of his sets were short, but he was going to go ahead and send me the cards via snail mail when he got back.  Sounds groovy to me.

In the end, he was able to trade out his crusty, old cards that had been sitting in his closet for possibly years, for some new wax boxes.  He also traded for some plaques I had, which was nice to clear up some garage space.  Well, no – I take that back.  The sets and boxes I got in return ended up taking much more space than what I gave up!

It was nice to see some familiar faces that I hadn’t gotten my hands on in a while. 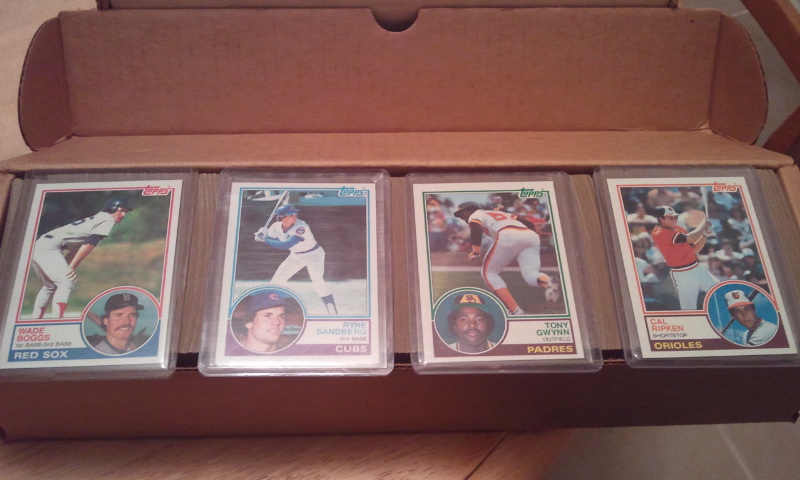 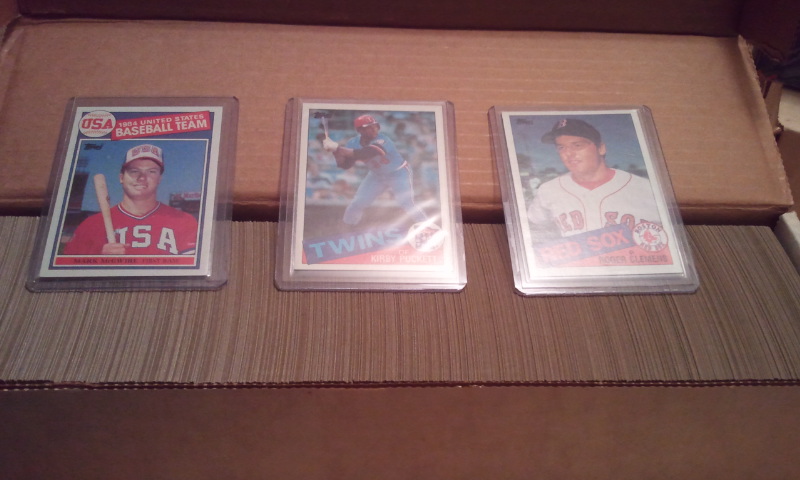 Finally, a 1995 Bowman set.  I’ve wanted one of these for a while because of the Vlad rookie!  Sadly, that was the card missing, so he’s gonna send it on over, along with a few others shortly.  #cantwait!
There are plenty of others sets / boxes involved in the trade as well, but those were the stand outs.  I’ll be selling all these in lots, one by one, and whichever else way I can to get into the black with my massive end of years box purchase.  It is going to be a lot of work, as it always is … but then again, is it really work?  I have so much fun doing this stuff!
﻿