So, my wife took the kiddos to sell some popcorn for cub scouts and was kind enough to let me go out on my maiden solo voyage to hit up the garage sales.  I picked up a few Astros jerseys for $7.50 each, an oil painting for $2, and hit up an estate sale, which yielded 2 vehicles full of stuffed and mounted ducks for a phenomenal price.

But that has nothing to do with cards, so I won’t go into all that mess.  Let’s get to the main event!

I pulled up to this one sale, and saw some sports items.  Cool!  A little Derek Jeter kids book.  I don’t want it, but at least there are sprots things here.

A few steps further, I saw a 9 pocket plaque that held 9 cards in it.  Some of the cards were crooked in them, and the front plate was screwed on top of the other.  There were some Derek Jeter, Mike Piazza and Shaqs.

“Excuse me – how much for your baseball plaque?”

I hastilly pull out a single, give it to her, and scurry back to the garage sale mobile.  After telling it I will hug him and squeeze him, and call him George, I knew I made a good deal.  For in the middle, there was a Derek Jeter rookie card. 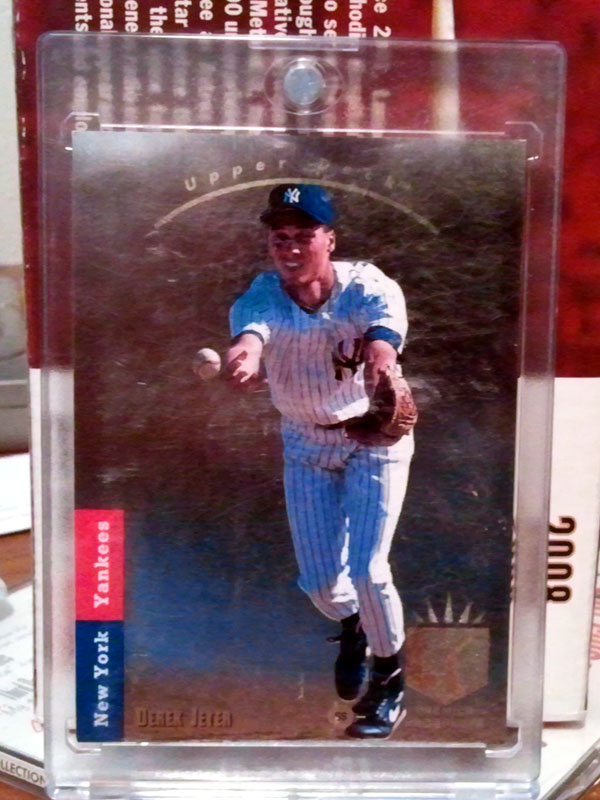 Yeeeeahhhhh!  So, basically, I got THE Jeter rookie card to have for less than a dime.  Truly exciting to me.  I mean c’mon … it could have easily been a Topps rookie, which I would have been thilled about.  This is like the equivalent of 20 of them!  I have been looking for one at the right price for years.  A dime is definitely the right price 🙂
Oh, and I picked up a few other cards.
Like a Triple Threads Ty Cobb bat card.  (Match made in heaven … I LOVE pre-war hall of famers, LOVE game used cards, and LOVE Triple Threads!) 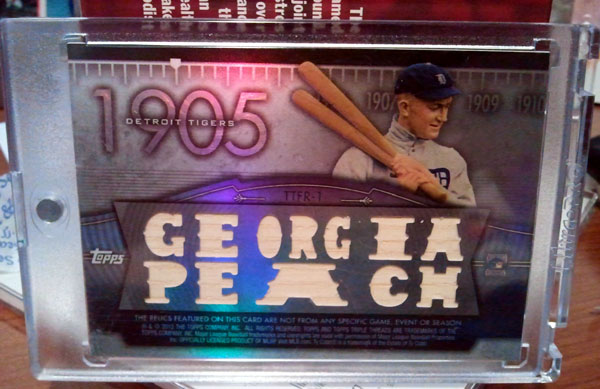 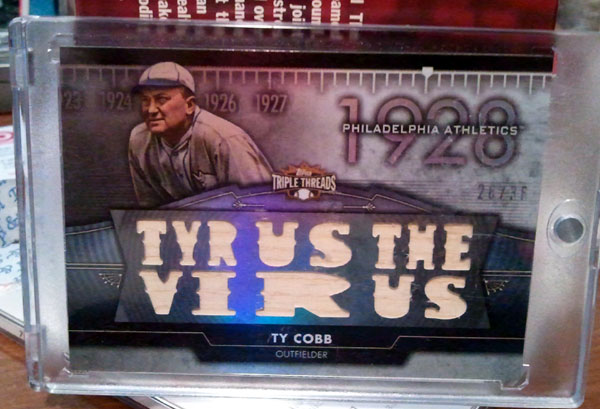 ﻿
I also grabbed a nice jersey / base / refractor collection of Albert Pujols cards.  Here are a few of the highlights. 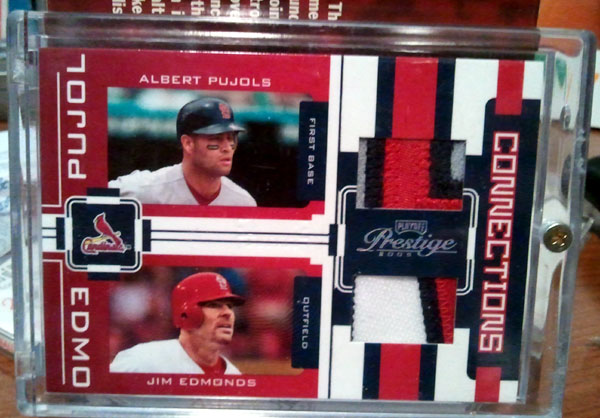 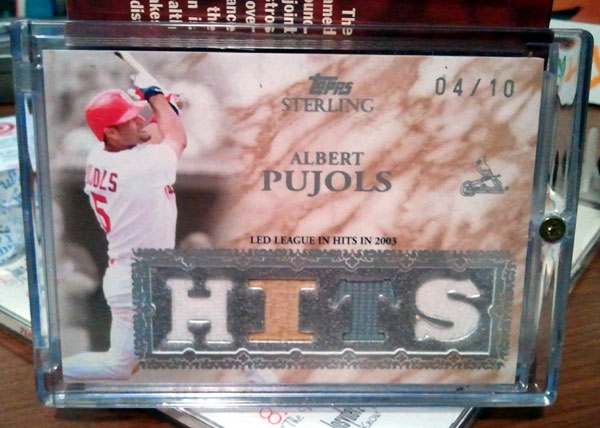 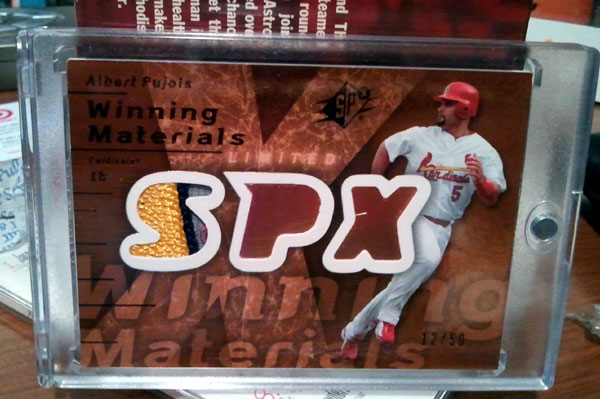 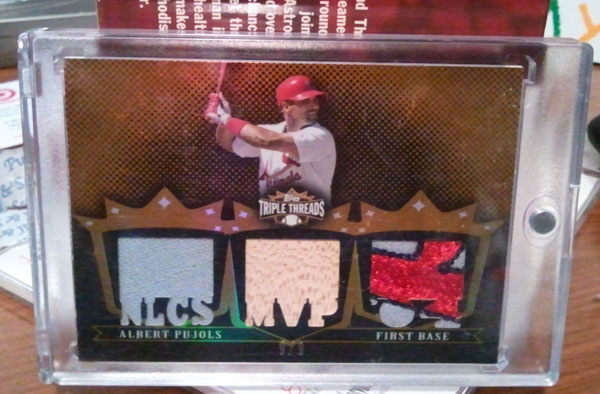 These are some pretty sweet cards, if I do say so myself!
I also picked up a few small card lots by way of cash or trade.
A Bauer Platinum blue netted me a few Strasburg rookies, and a Posey rookie.
$1 brought me rookies of Profar, Pence, Strasburg and Bauer
$4 got me 2 Bryce Harper rookies, a McCutchen rookie, Kinsler rookie, Bo Jackson & Barry Bonds Toys R Us Rookies, 2 Cespedes rookies, a Darvish rookie, and a Verlander rookie.  This little $4 lot has a book value at over $50!
Finally, I traded my Allen & Ginter Nolan Ryan SP for a Reggie Jackson jersey card and a Johnny Bench bat card.  I was super pumped about this one.  To top things off, it turns out the guy I traded with is a professional baseball player – he pitches for the Nationals in their farm system!  How cool is that?
Aside from the cards themselves, very few of which will probably hang around here in my possession for long, it is just fantastic to get cards in the mail almost every day.  It sure is addicting!