Picked up a massive collection of … Comic Books?

Yes, believe it or not, I picked up a bunch of COMIC BOOKS!  I was cruising the internet a few nights ago, and found someone that had 24 long boxes for sale.  A good friend of mine who is a dealer gave me some pointers, so I decided to call up the seller.  As it turns out, he owns his own business, and picked these up, in hopes of doing some comic shows.  The shows cancelled, an he needed the cash quickly for inventory for his biz.  I was more than happy to help out 🙂

I was able to talk him down to about half of his asking price, and the next day, I made the long hour drive with my daughter to pick them up.  I got there, and they were basically taking up half of the entire living room.  We sure got our workout!

It has been fun going through them.  He mentioned he thought that each box would have 250-275 comics, but the 2 I’ve counted have had 320 and 367, so I think I got an even better deal than previously though!  Several Hulk, Superman, Batman, Spiderman, X-Men, etc. are in these comics. 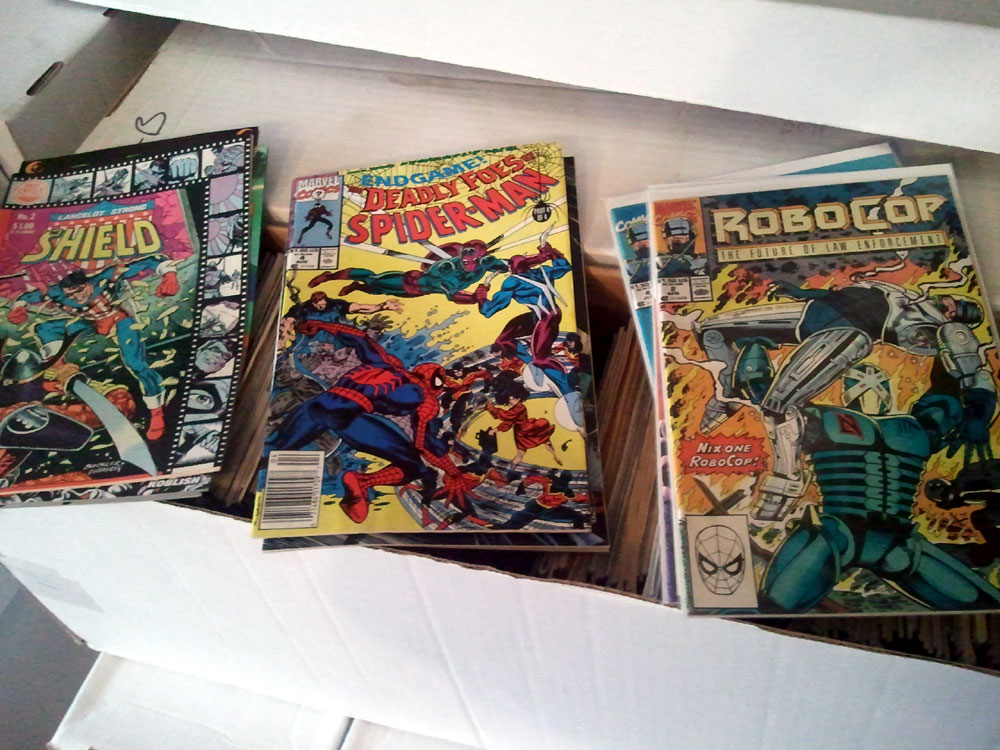 While I haven’t read a comic book in probably 20 years, thumbing through some of them, I can certainly understand why many comic collectors don’t have any girlfriends…with the women they put in these books, how could real life women compete??? 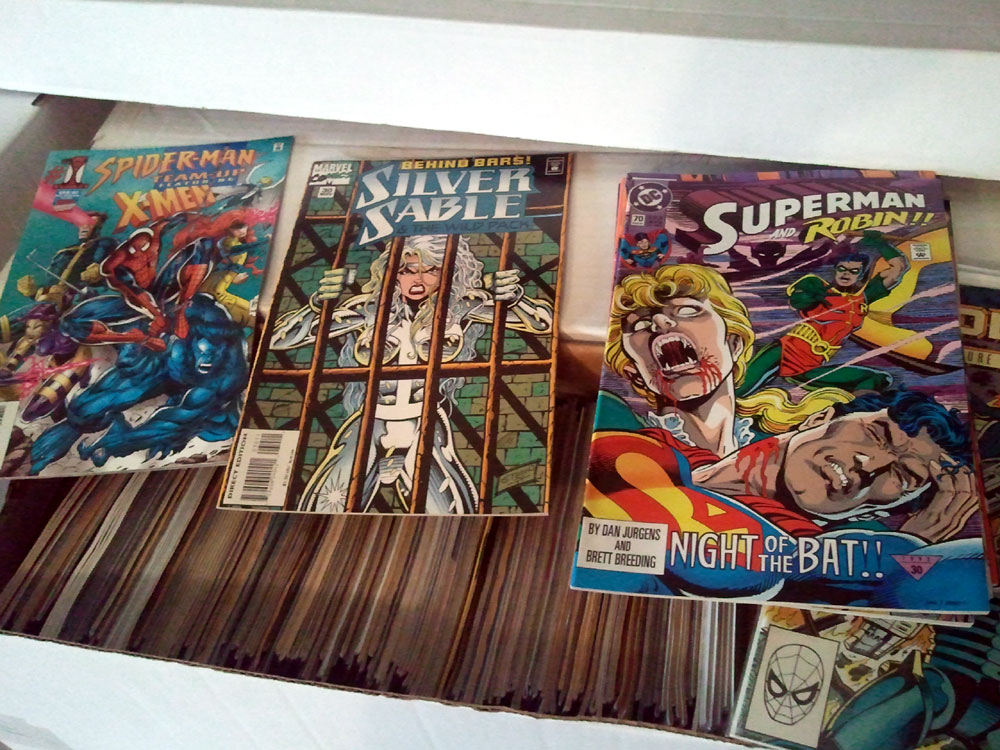 As I was pulling out my money to pay, I asked if he had anything else he was selling while I was there.  He told me he had several model kits of Star Trek in boxes.  I told him I didn’t know what I could do with them, and he said “you know what … just take them.”  He also gave me a binder full of comic cards.  Such a nice guy!  I was mega pumped. 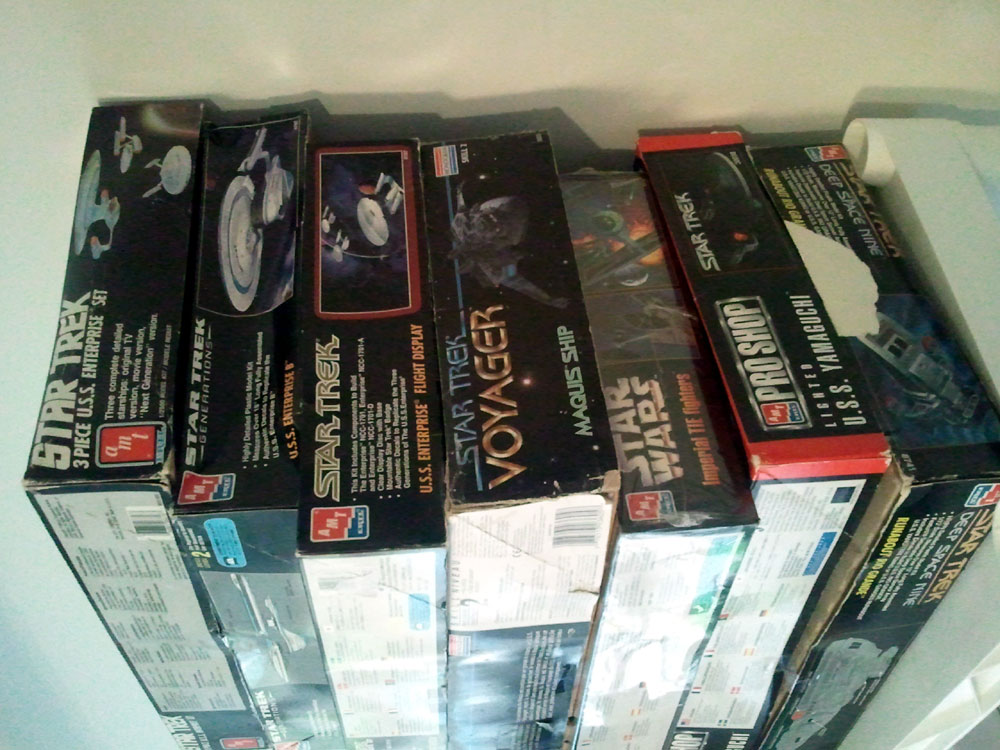 So yeah, I basically have a BOAT LOAD of comic books now … to the tune of 7,000 or so.  I am actually starting up a dialogue with another person selling theirs too, – it looks to be about the same size.  We’ll see what happens.  My garage is already stuffed with “stuff”, not to mention probably a few hundred thousand other cards coming my way this week, most likely!

With my wife and son gone this next weekend, I am considering opening up my garage to comic collectors near and abroad to rummage through, and buy as few/many as they would like.  We’ll see what happens – I may chicken out!