I Traded my Autographs for a Car!

This past Friday, a few dealers flew in from Kansas and Colorado to inspect the autographs I had recently acquired.  We agreed to meet at the gas station down the road … until my wife called in a panic:

So I had to (quickly) bring the party of out of towners home, and hastily throw everything in the garage, from the cardboard-mobile to setup shop and show them the goods there.  After a few hours of looking through them, and going back and forth with stories of players and such.  Normally, when meeting up with folks, I know a lot more about the players than the people looking to get cards from me do.  Not the case here – they had a story behind seemingly every player they ran across – whether I had heard of the player or not!  One of the guys mentioned that he had been going to Spring Trainings since 1968, I believe it was.  I haven’t even been to one!

When the dust settled, they walked off happily with their new treasure, and I walked upstairs to go back to work.  I decided to check online to see if there were any good deals on cars, which was about 2:30.  Sure enough, I found a great deal on a 2000 Chevy Camaro SS Convertible.  Bright red, higher miles, but nice condition.  I talked to the guy, and the owner was selling it because he just bought a $106,000 Bentley!!!

Could you imagine???  That is like … close to the price of my house!  I would be terrified driving that thing.

Our son had a friend over, and my wife had to take him back home.  I asked her where our son’s friend lived, and it turned out it was close to where the Camaro was!  I grabbed all the George Washington rookie cards I got in trade for the autographed lot, and put a whole lot more with it to check it out.  About 2 hours from the time I found it, I was driving it home! 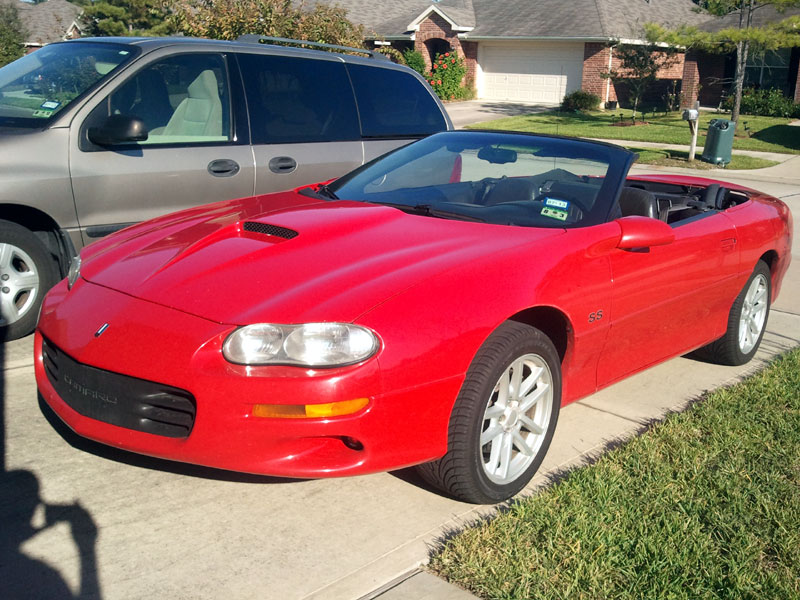 Since I got it for a good price, I figured I would drive it around and enjoy it while the weather is nice.  My plan was to put 35th Anniversary style stripes on it, and sell it when I’m done having my fun with it.

Yesterday, the stripes came in – the company sent me the wrong back stripes, so I have to have those done later this week or early next week, but the front is done, and I think it looks *AWESOME*.  Check it out! 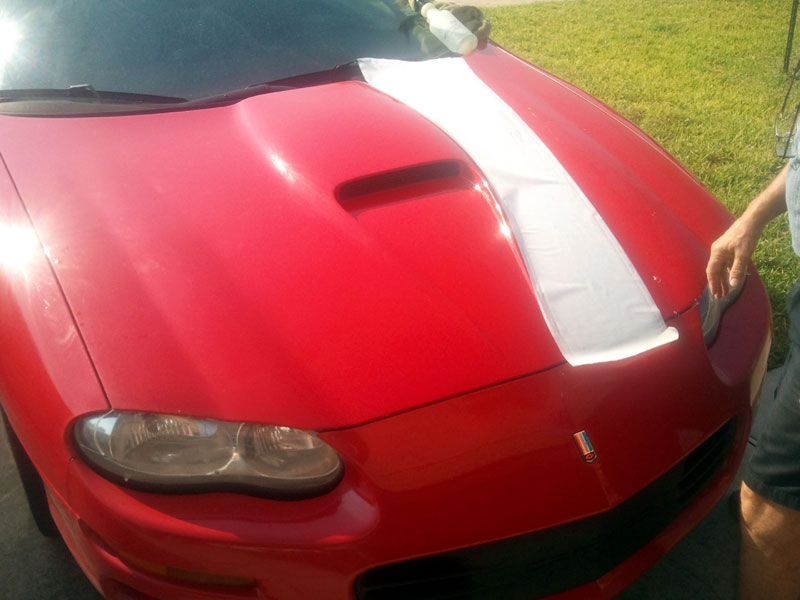 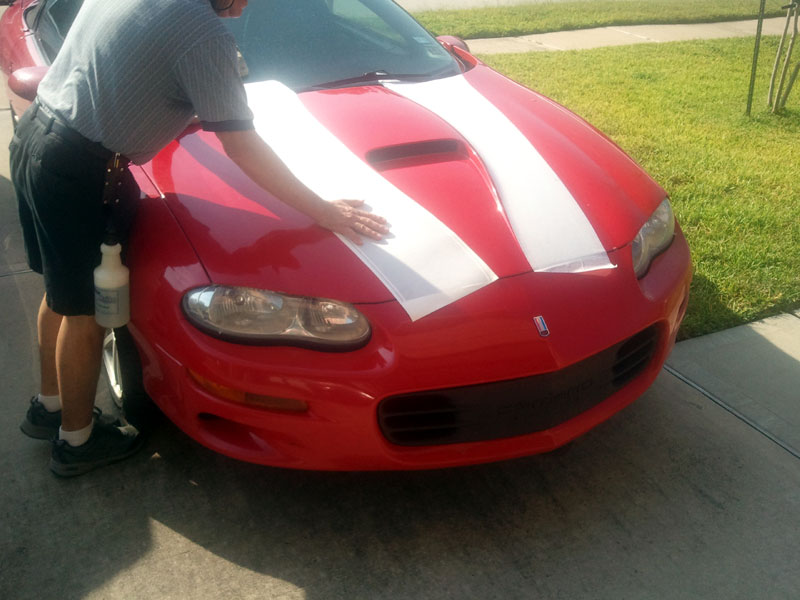 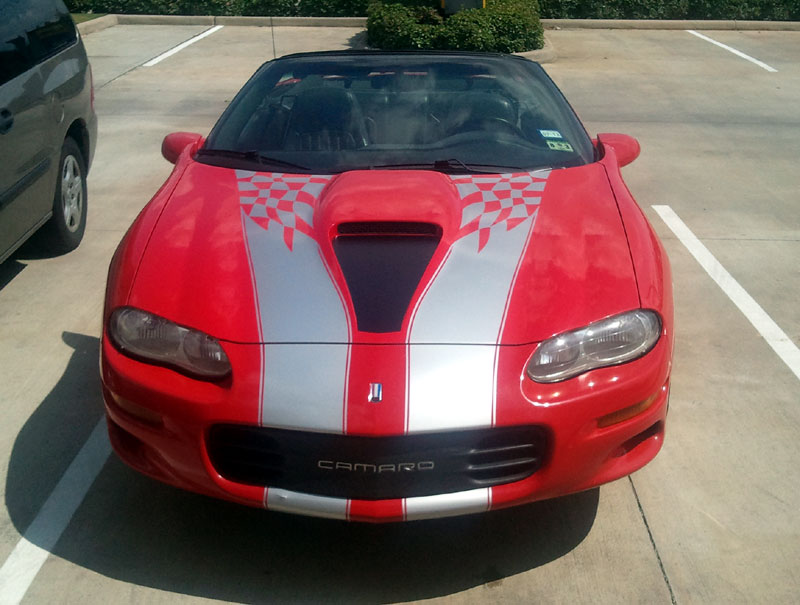 I am very pleased with how it turned out.  I can’t wait to have the rear done!  I think it is gonna look sweeeeeeet.

I know, this is supposed to be a baseball card blog – but I just had to share, because, in a way, I kinda traded some cards & cash for the Camaro!

Oh, and for those of you who know a thing or two about cars, it does have some modifications:  3.73 gears, long tube headers, throttle body, fresh air intake and is dyno tuned.  It is sitting at about 360 or so horsepower to the wheels, which is not crazy by any means, but then again, I don’t plan on racing it, and I am really loving how tight and smooth the car is.