Upper Deck … You are alright by me!

I spoke of this months ago, but I busted some SPA in November, and got an expired redemption for Matt Wieters 🙁  After doing some research, turns out that Upper Deck had been rumored to fulfill expired cards if the redemption was less than several months old.  I confirmed that on the phone with someone up there, but would need to call back after the new year.  I did, and they said they do NOT do that.
Frustrated / upset / etc. I kept calling, asking for the higher dude up … to which I FINALLY got through.  He said they would fulfill.  Well, to my surprise, I got this today 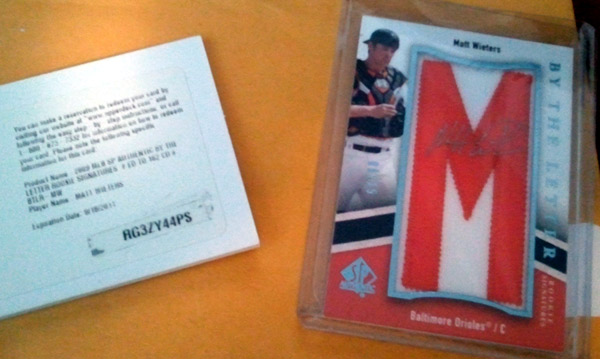