I have a confession to make.  I obsessively write down purchases on any cards I acquire.  it is an addiction.  No doubt, whenever I buy a blaster box at the store, I always make the note next to it “stupid buy!” or “why did I get this again?”  It pains me to see $20 go down the drain for a $1 jersey card of a nobody and 50 accompanying base cards.

I found a guy one time who was selling a collection from a family member who had passed away.  He mentioned there were a lot of unopened packs of cards.  After a while, he didn’t respond back to me!  I was sooooo worried.  This sounded like the dream deal.  So what did I do?  I contacted him again … under my “alias” name.  For some reason, he liked how my alter-ego acted and was fine with me coming over.  I’m not proud of that, but hey, it got my foot in the door.  And oh, what a glorious room that door led to…

I made an appointment to meet with him, and when I went there, his living room was filled with packs.  Not 80’s and 90’s junk … newer stuff.  Not hobby stuff mind you…just retail stuff, but it was heaven.  After negotiations for quite a while, I was able to wipe him out of every single stinking pack he had, along with tons of binders of cards, and other things.  It was truly a super sweet deal. 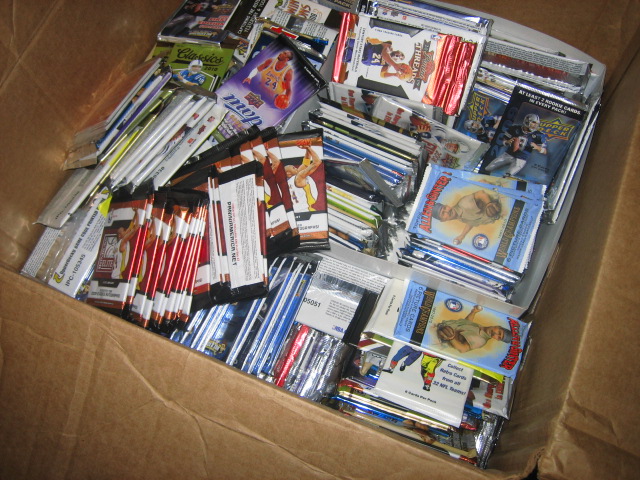 I ended up selling a few hundred packs, and kept many of them around for months.  While baseball was on or something, I’d go into my garage, grab a pile of packs and rip away.  After a while, since there was lots of basketball and football, I figured I just had to rip them too, even though I didn’t collect them much.  That forced me to learn what cards were good.  I was fortunate to pull 50 Blake Griffin rookies, tons of Mark Sanchez rookies, Tim Tebow rookies, etc.

When the stockpile went down to 5,000 I put the whole collection up for sale just to see what would happen.  One person from out of state expressed *extreme* interest and even made plans to get a uhaul to come pick everything up.  After a while, it turned out he left me high and dry. 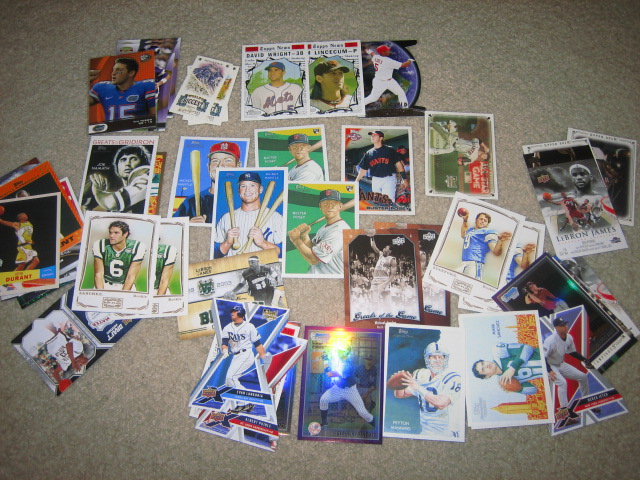 No problem!  I figured I’d go ahead and rip everything….everything.  As a result, I was able to make more off of everything opened than I would have if I sold it all.  Not to mention the fact that I had months of fun and enjoyment ripping packs open … guilt free, knowing I bought them at a great deal. 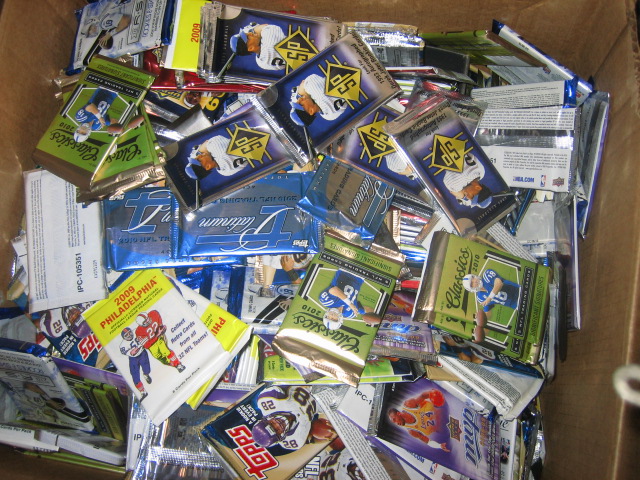 My son and I had lots of fun opening them together.  My wife even got in on it for a while.  What a great time! 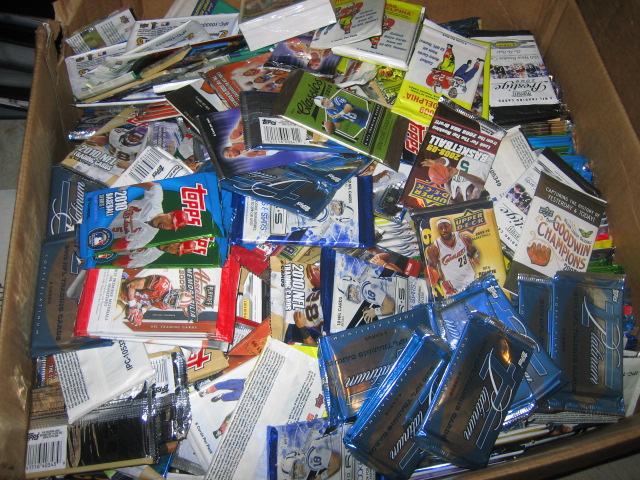 Here are some of the binders I scored (There were about 20 of them, if I recall correctly). 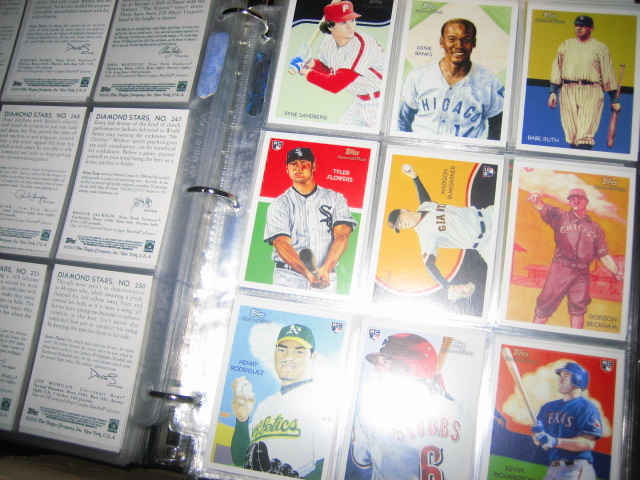 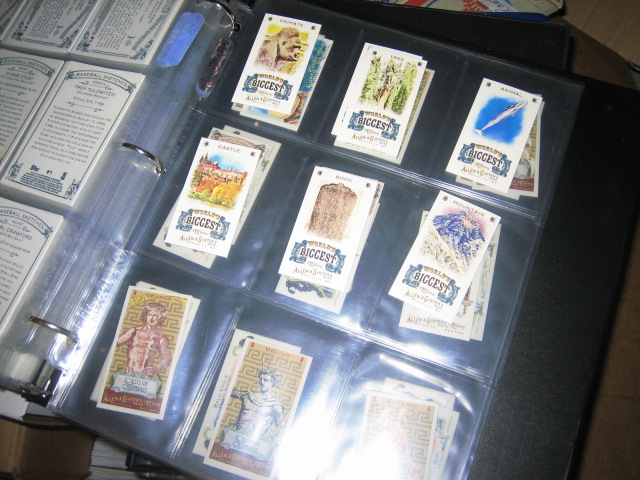 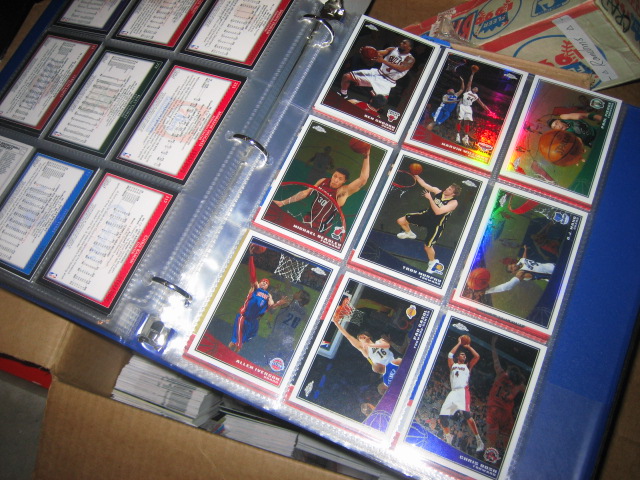 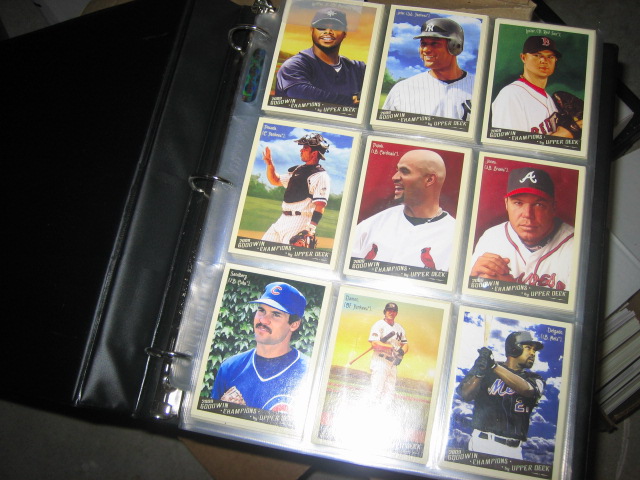 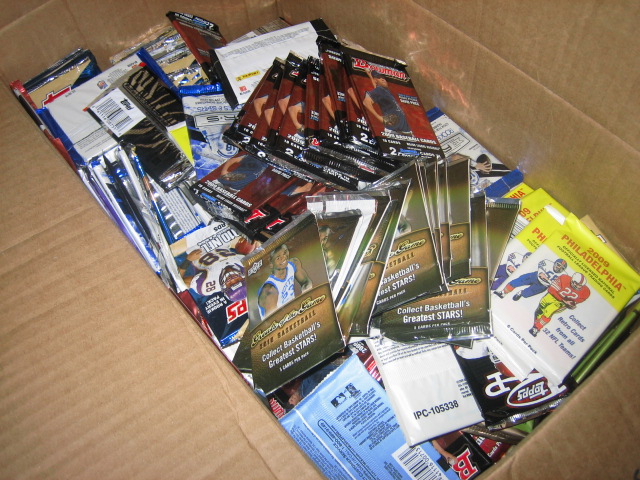 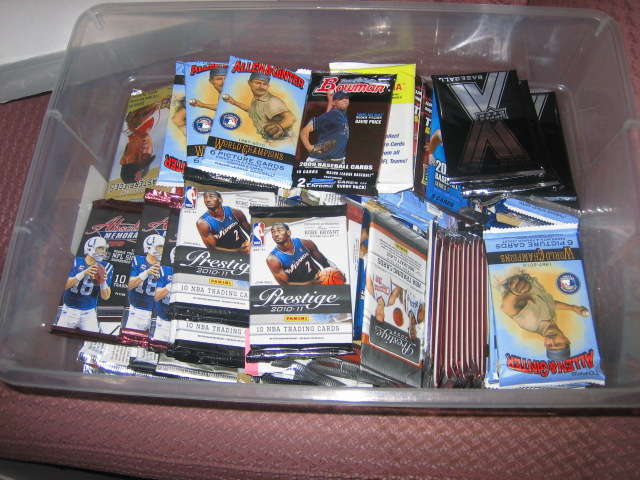 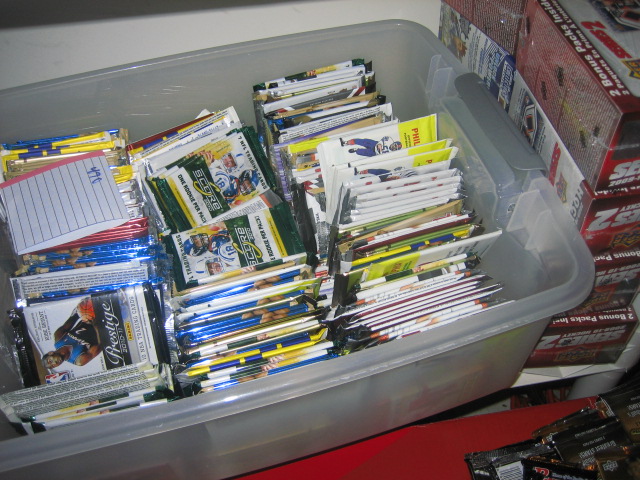 I’m not sure if another deal will come up like this, but it is the thrill of the hunt that keeps me looking!