The following cards are for sale!  Prices are below, but do not include Paypal fees or shipping.  Please email me at tanmanbaseballfan@gmail.com if you are interested in any! 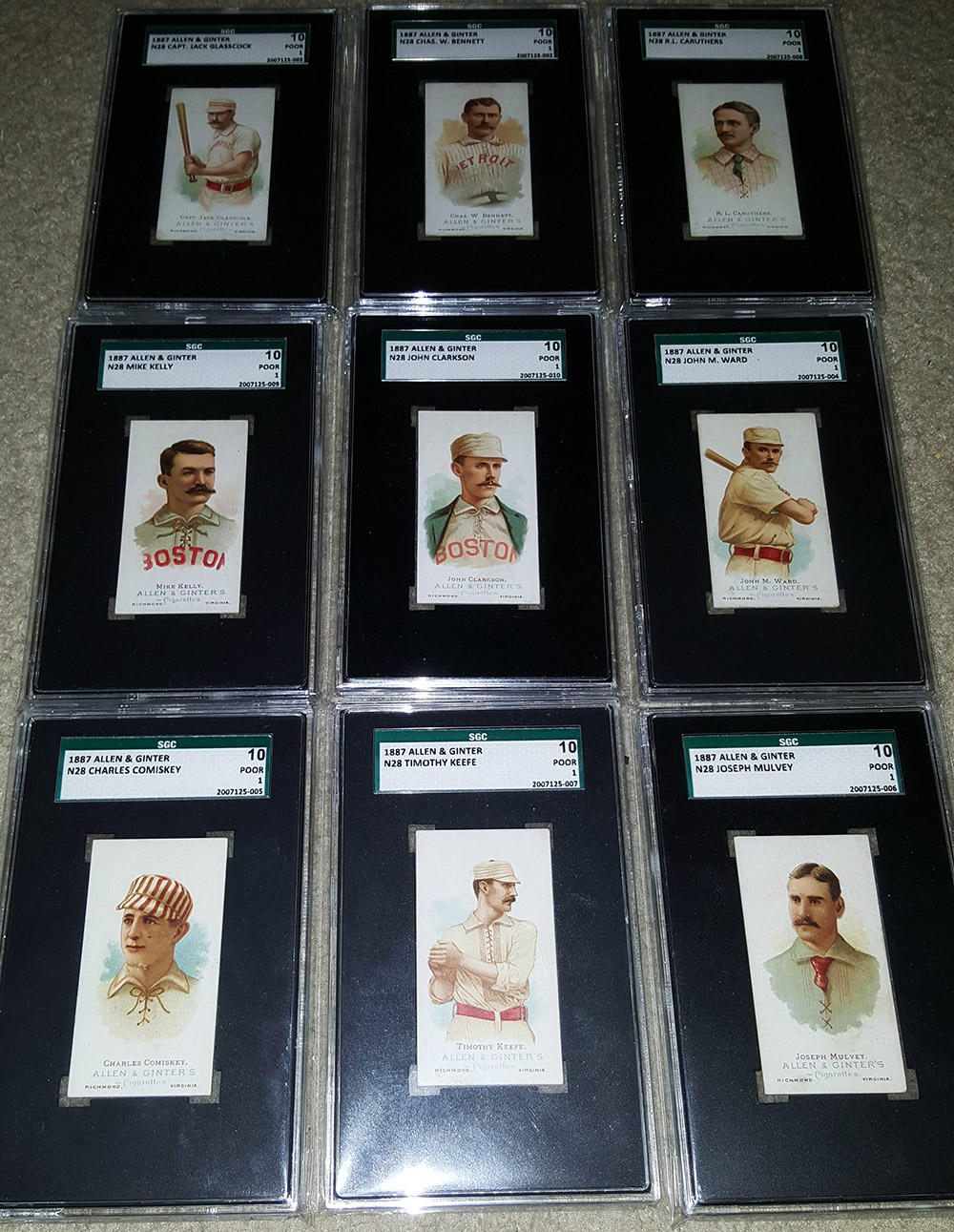 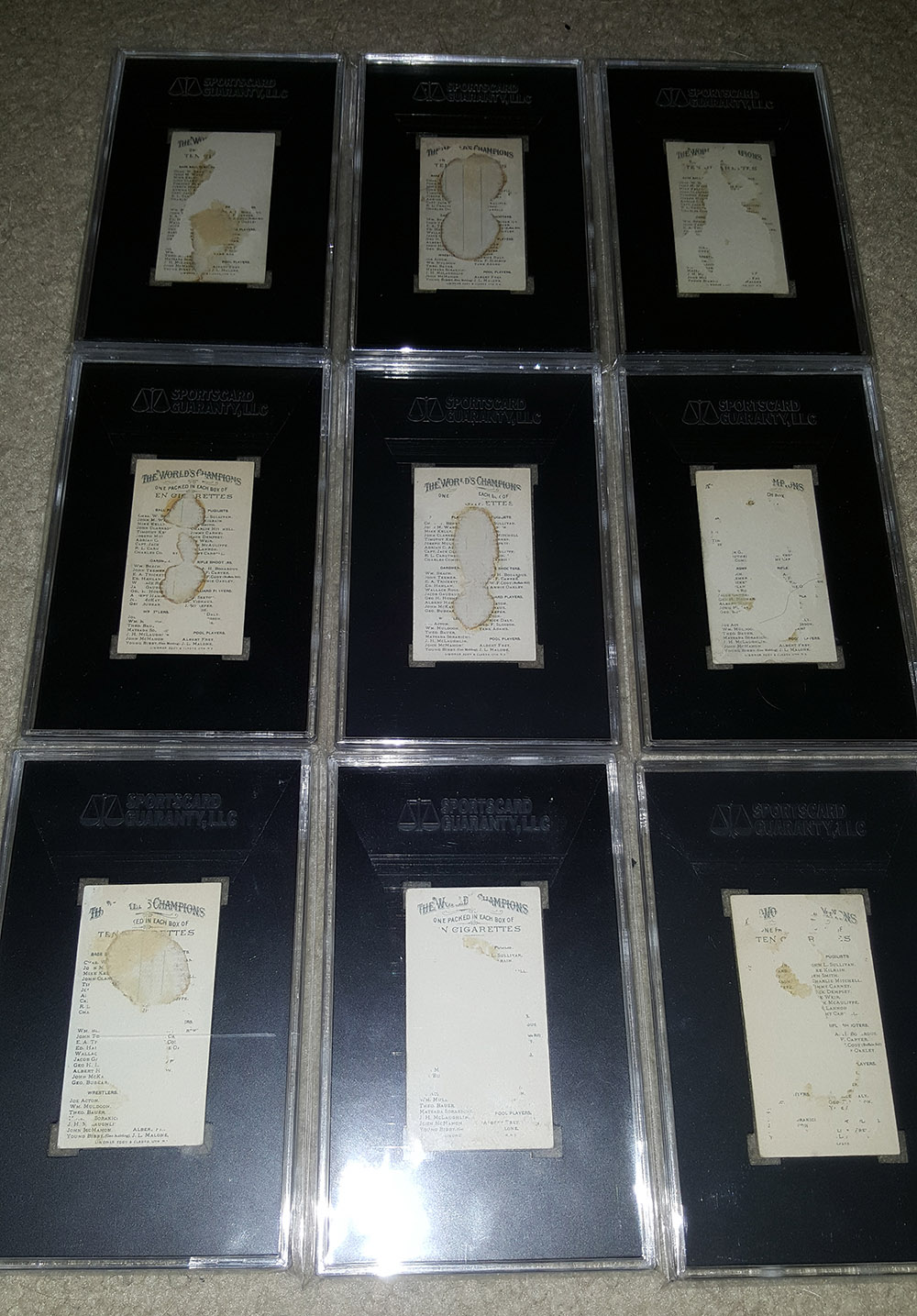 This is baseball’s first home run king.  Before Barry Bonds, before Hank Aaron … even before Babe Ruth!  Hall of Famer Roger Connor was the man.  It has been speculated that he is the reason the team changed their name from the New York Gothams to the New York Giants – he was a big guy! 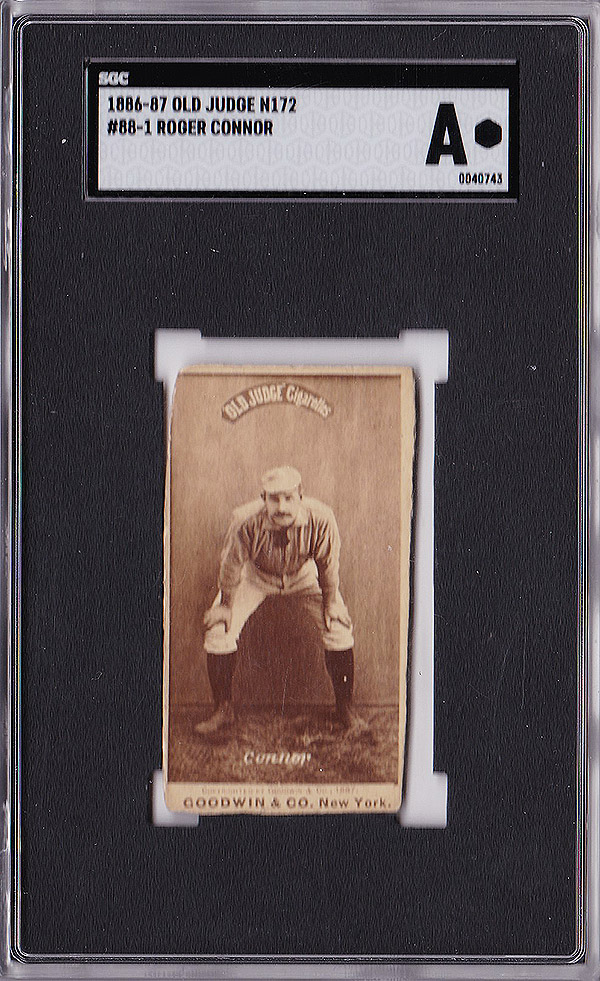 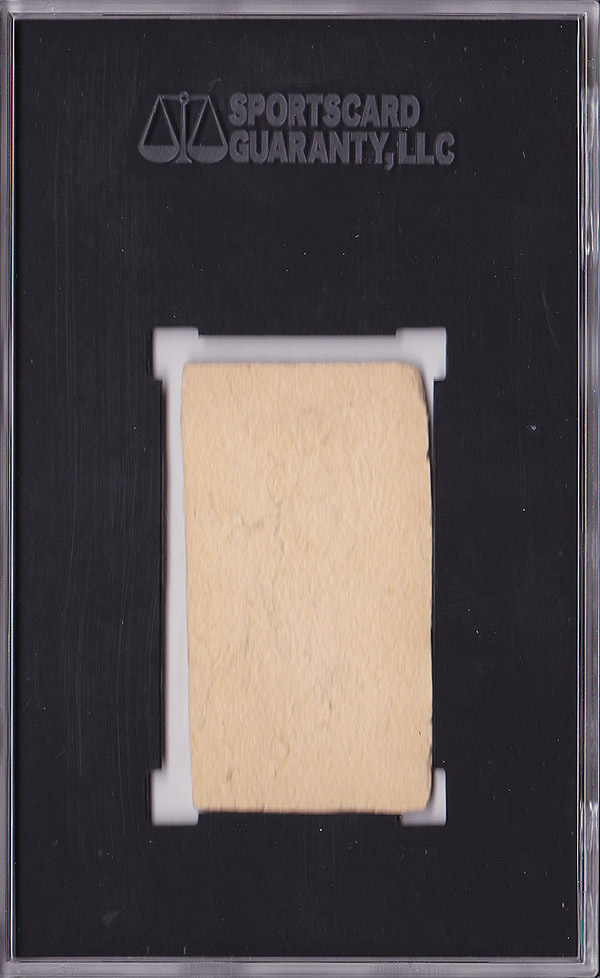 Known by many as baseball’s first slugger, Dan Brouthers had a great HOF career.  There are stories of this gentle giant having played in a game before MLB, where he collided with the catcher in a play at the plate – the catcher died a day or so later. 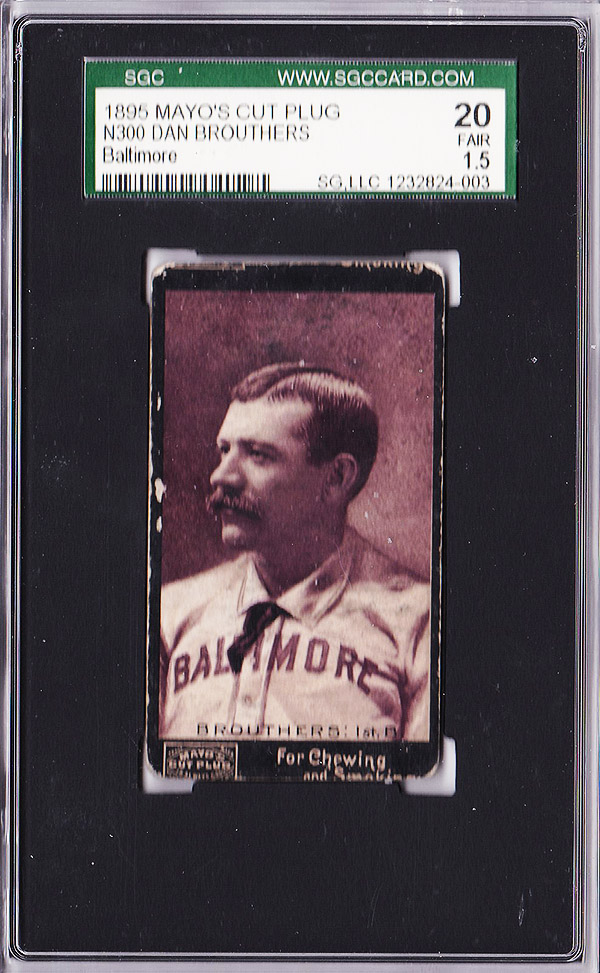 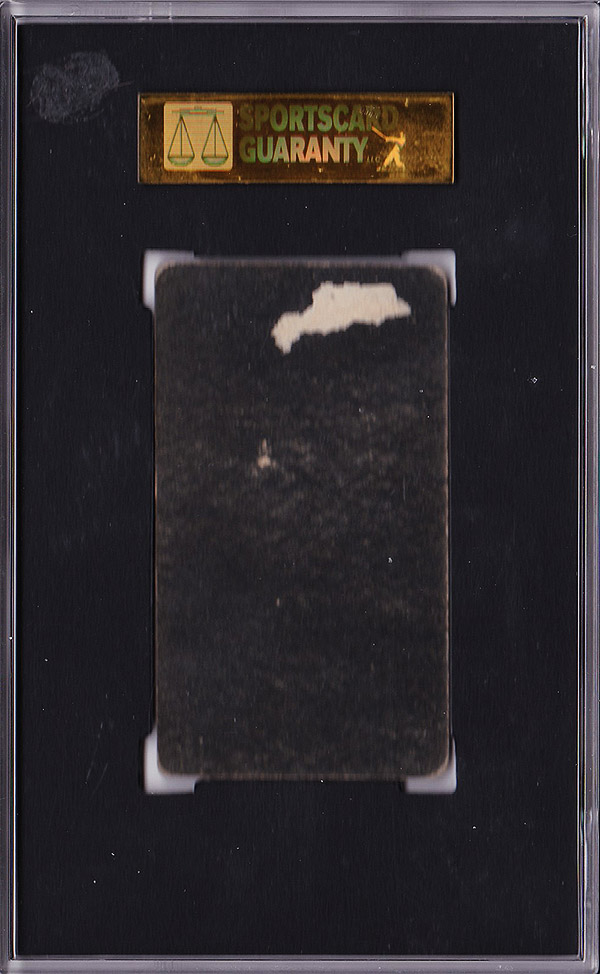 An extremely beautiful card of Honus Wagner that predates his T206 card.  The colors are bright, bold and show him batting.  The colors used are actually much closer to what the Pirates colors were back then.  The card condition is jaw dropping when you compare it to its grade. 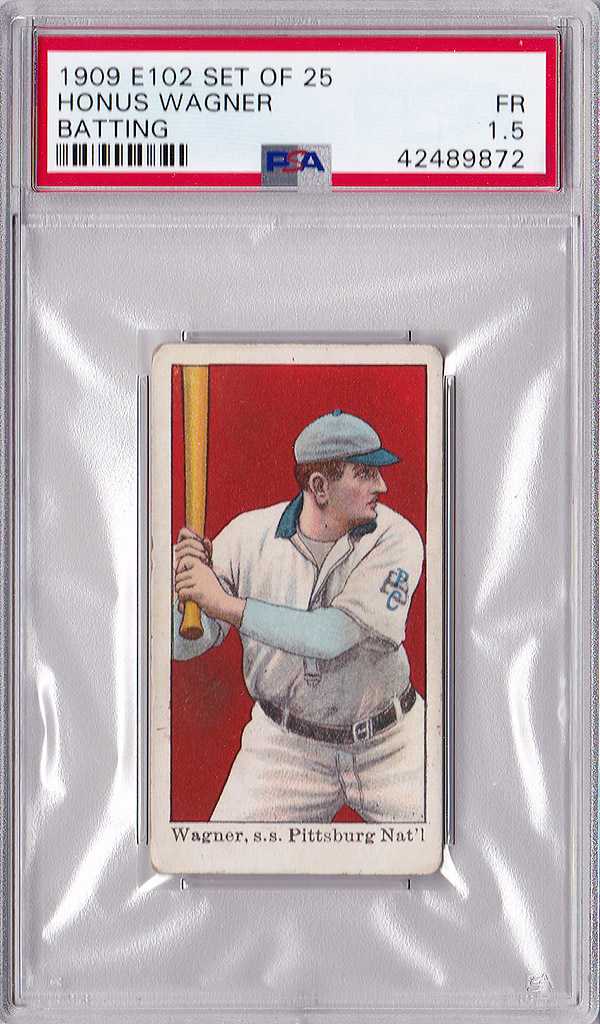 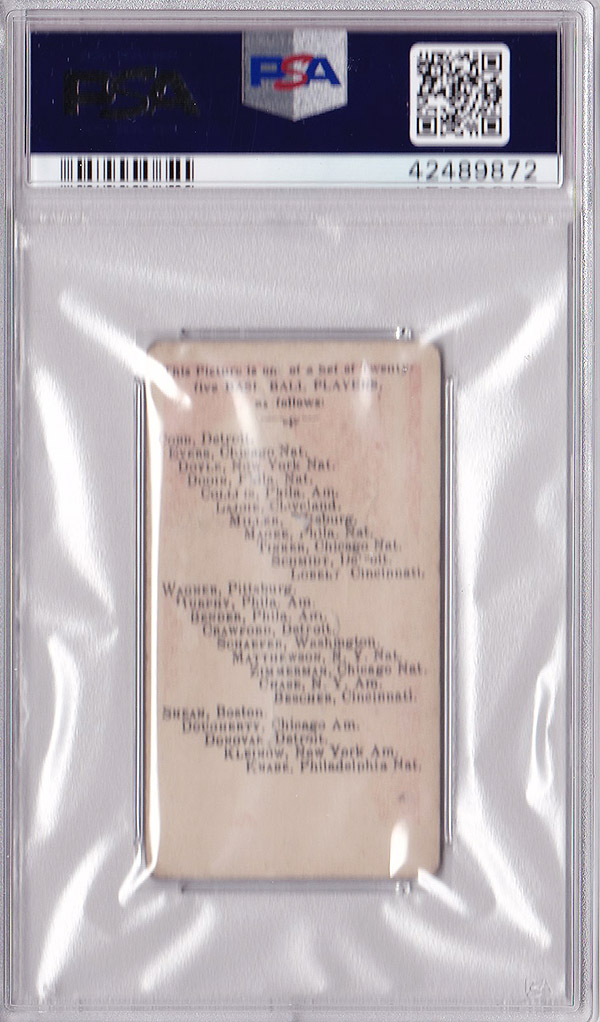 An absolutely amazing card – again, the card looks ridiculously better than the numerical grade depicts.  This hauntingly beautiful card resembles the T206 Wagner, because its portrait was based upon the same photograph taken by Carl Horner. 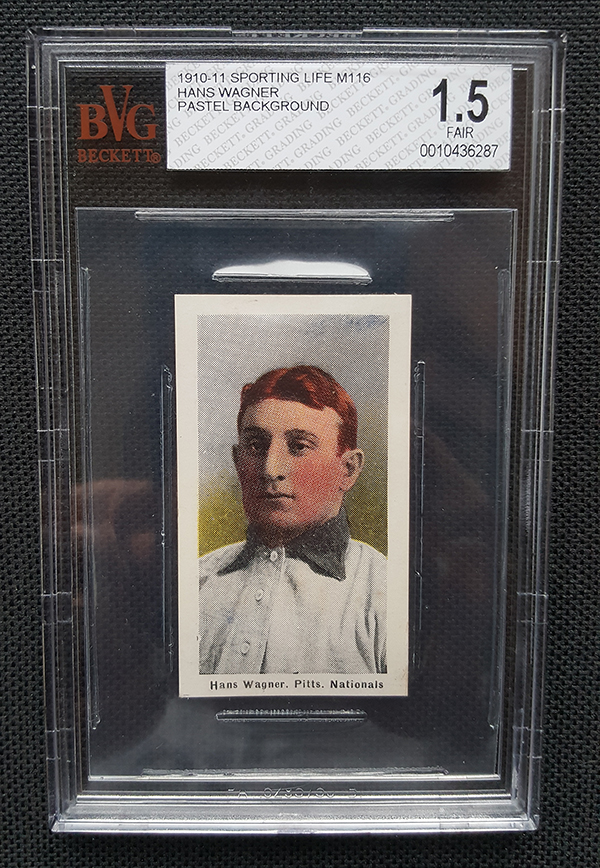 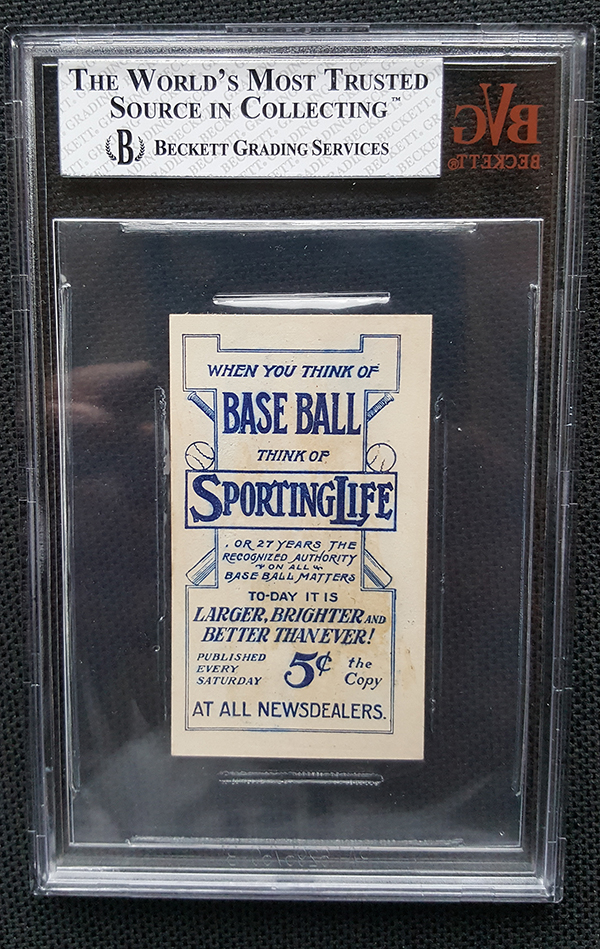 Hall of Famer Napoleon Lajoie was so beloved by Cleveland, they changed their name to the Cleveland Naps before changing to the Cleveland Indians.  He was legendary, and this is perhaps my favorite T206 card of him. 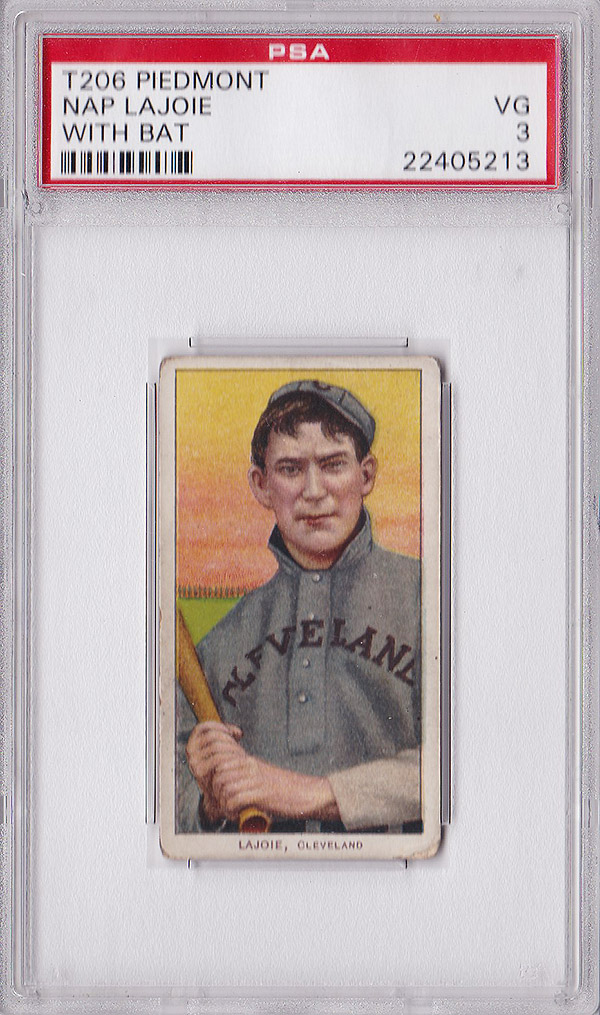 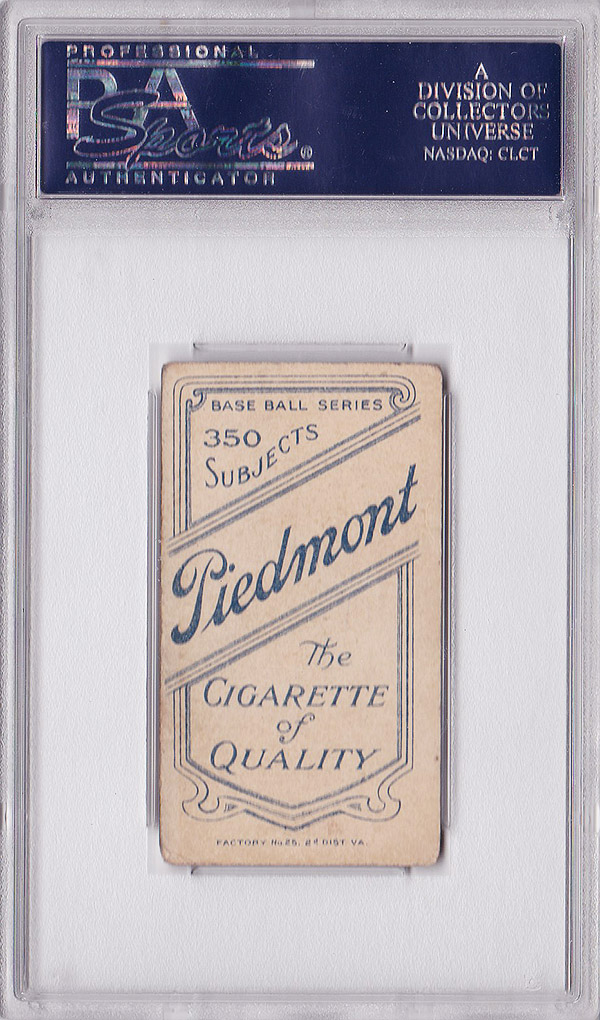 Nicknamed the Christian Gentleman, Mathewson served in World War I.  He inhaled poisonous gas which apparently led to killing him years later.  Mathewson was one of baseball’s best pitchers ever.  This is my favorite T206 of him – the front looks amazing, while the back … doesn’t. 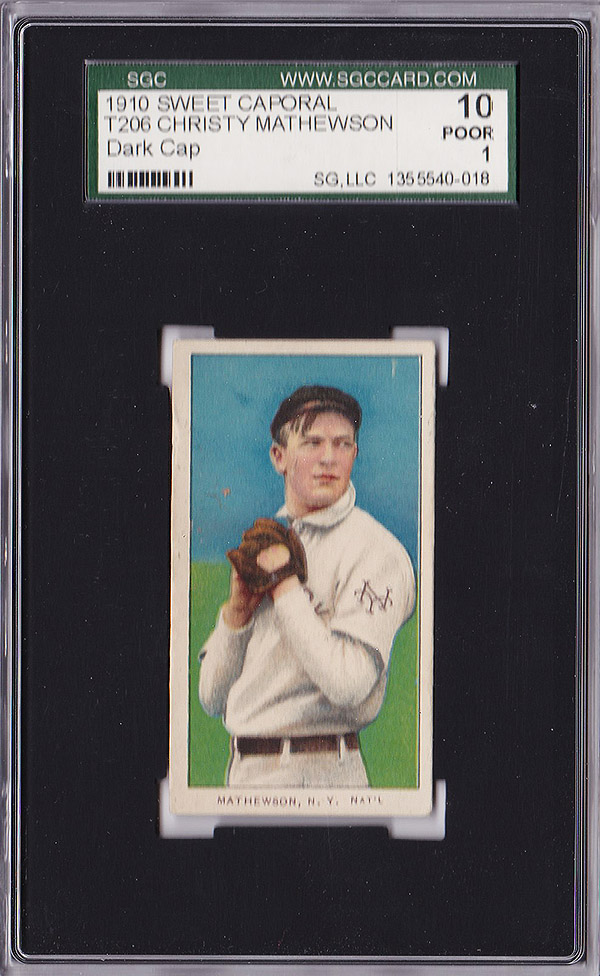 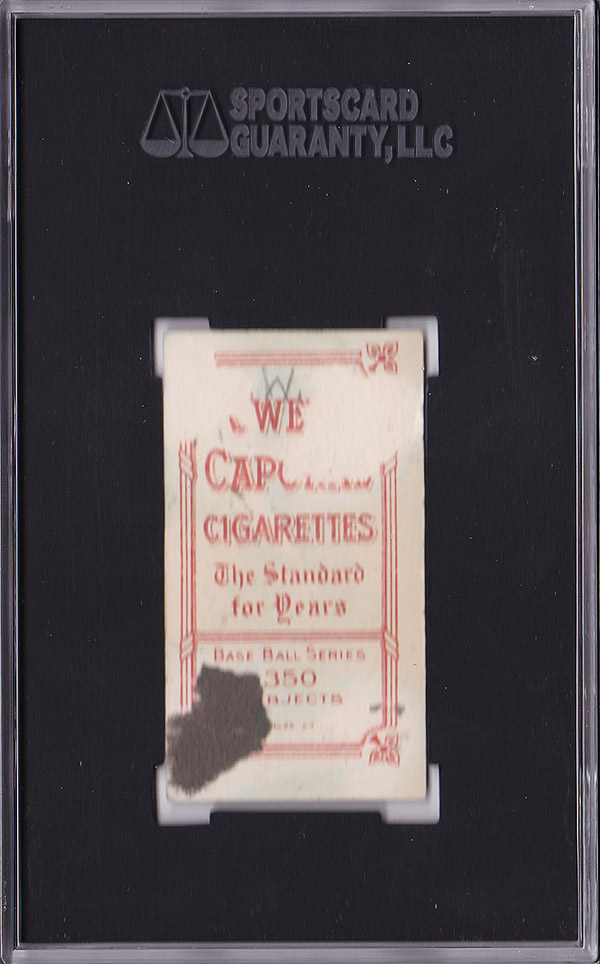 As if having two hall of famers on the same card isn’t enough, the middle section features baseball’s most famous photograph, ever.  Taken by Charles Conlon, an original of this sold at a record breaking price not too long ago.  Interestingly enough, he didn’t realize he even took the photo until he developed it.  Many of these cards in this grade are wrinkled right down the middle, but this one is not! 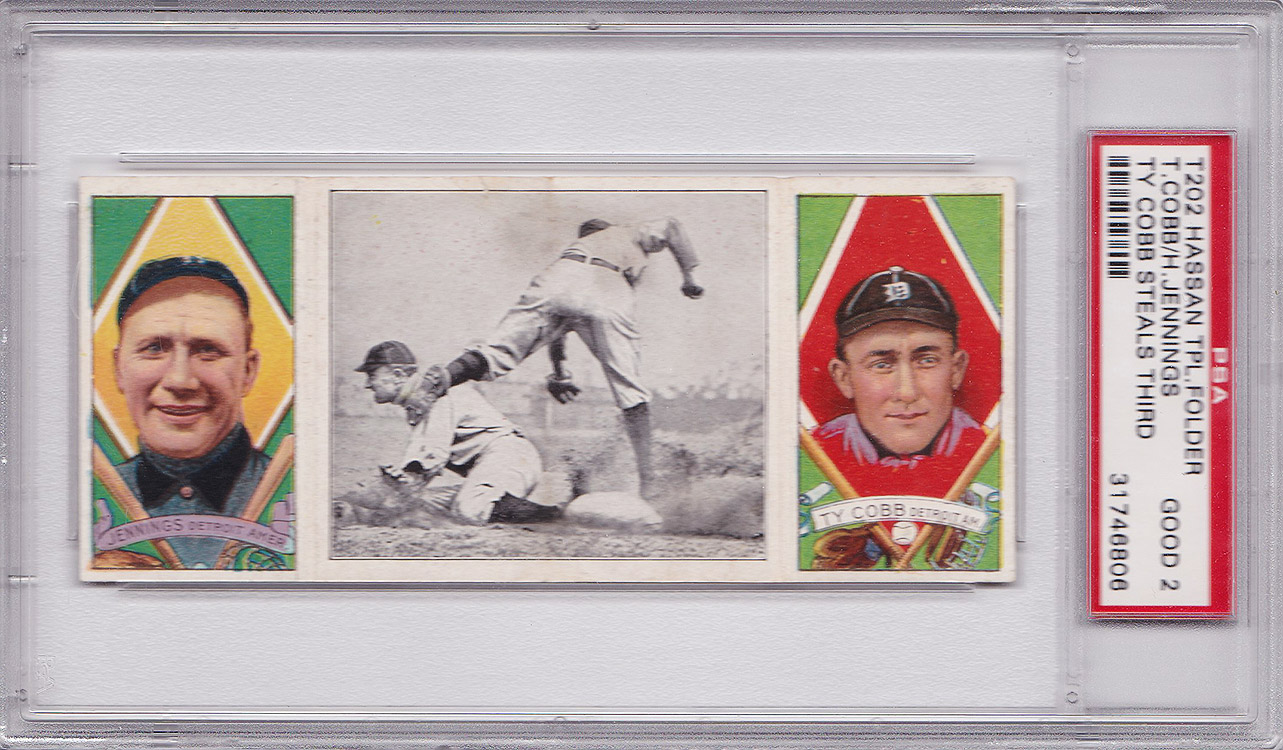 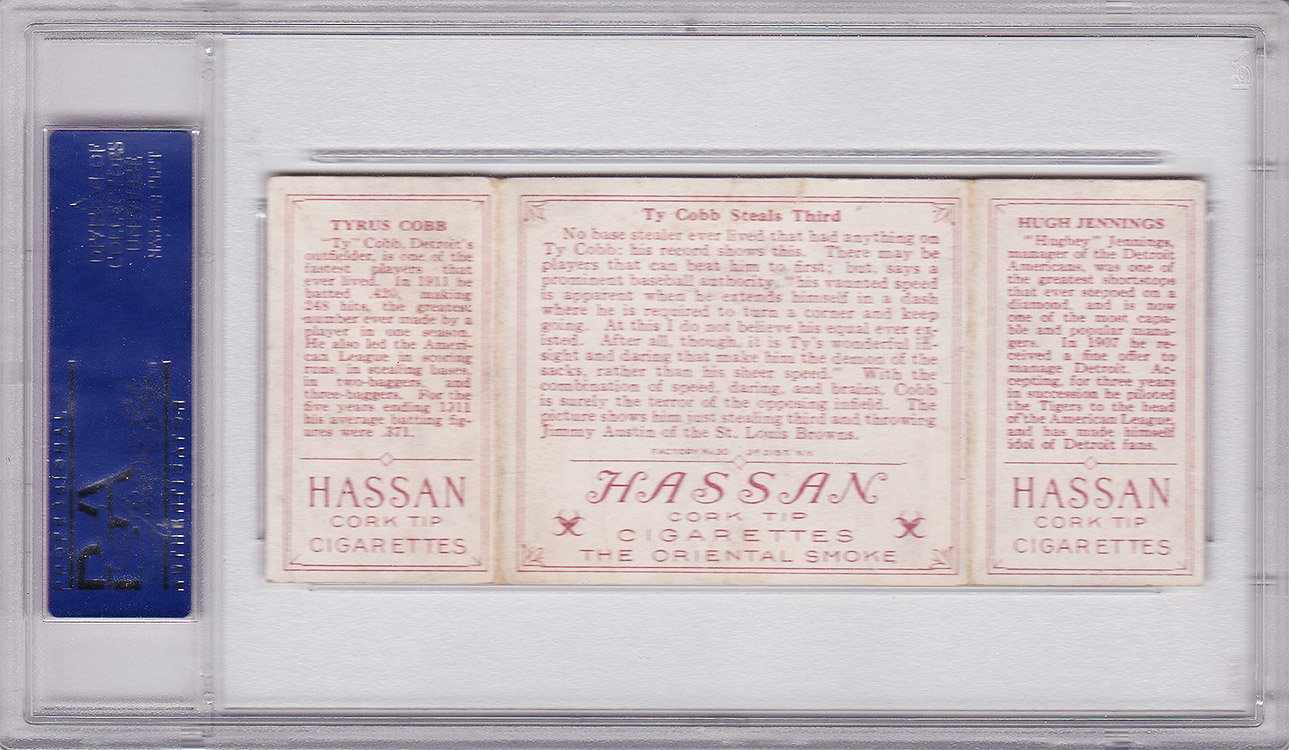 Perhaps the greatest baseball player to ever come out of Texas, Tris Speaker was one of the best baseball players ever to step on the diamond.  A (mk) designator is not known by me as to why it is there on the label, unless perhaps it is notating some of the red at the top.  It is a beautiful card of a super iconic set! 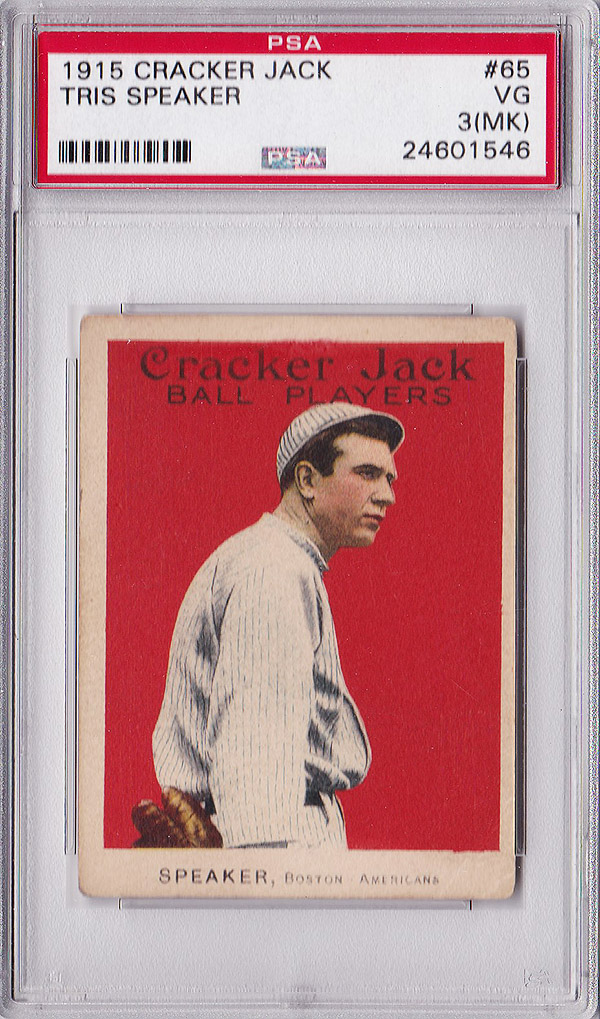 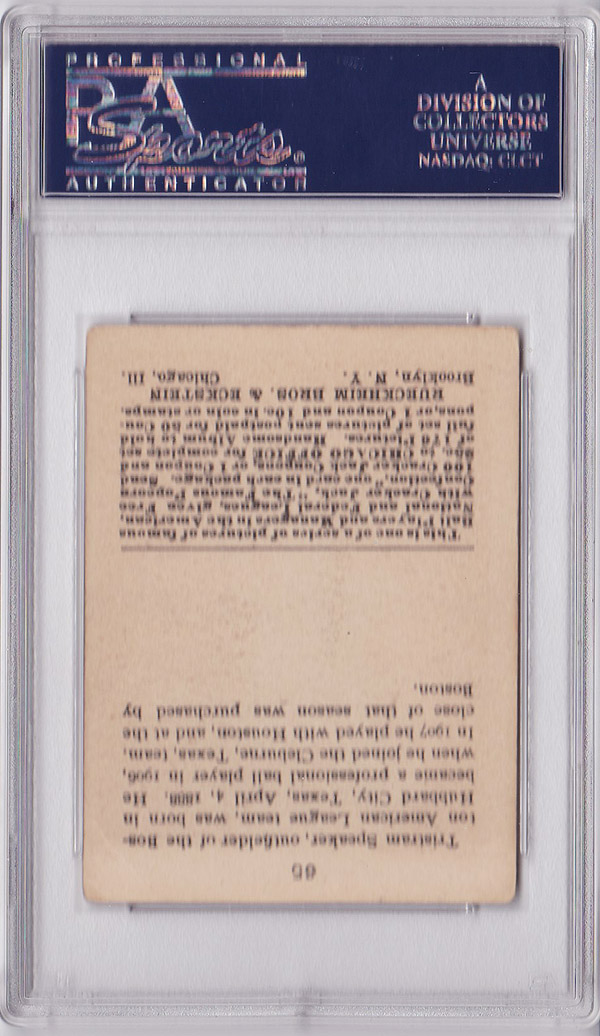 “Old Double X” was considered the right handed Babe Ruth.  This rookie card of his presents extremely well of the power hitting Hall of Famer. 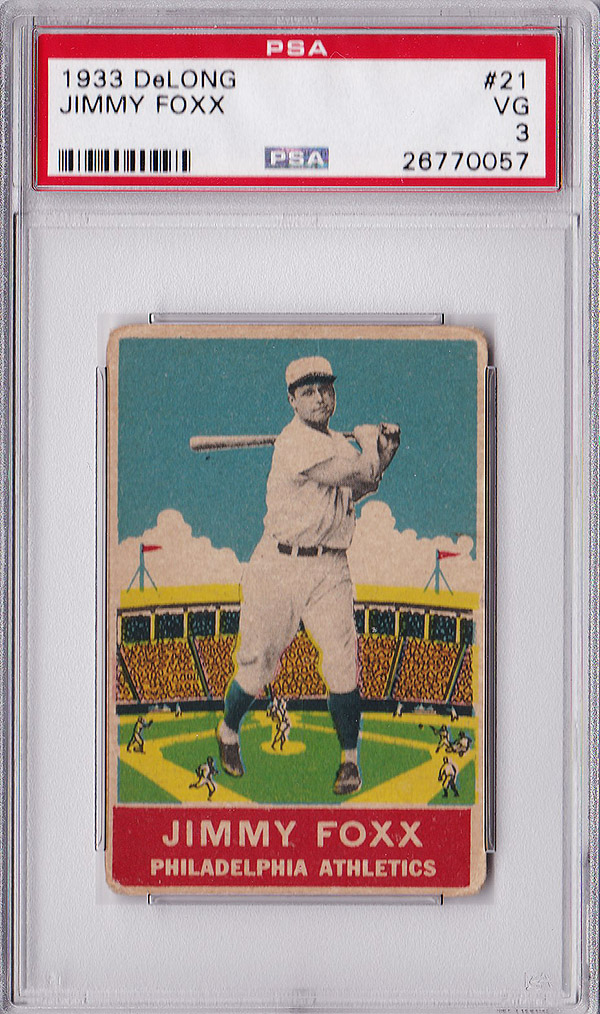 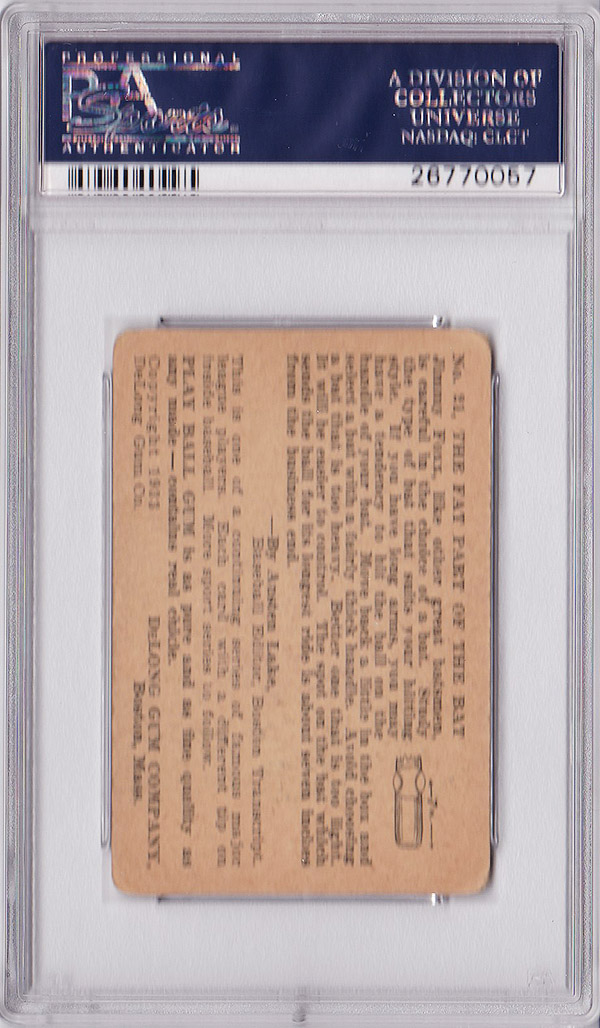 In my opinion, the 1953 Topps Robinson is the best looking card of his, ever.  You can even see the Brooklyn Bridge in the background! 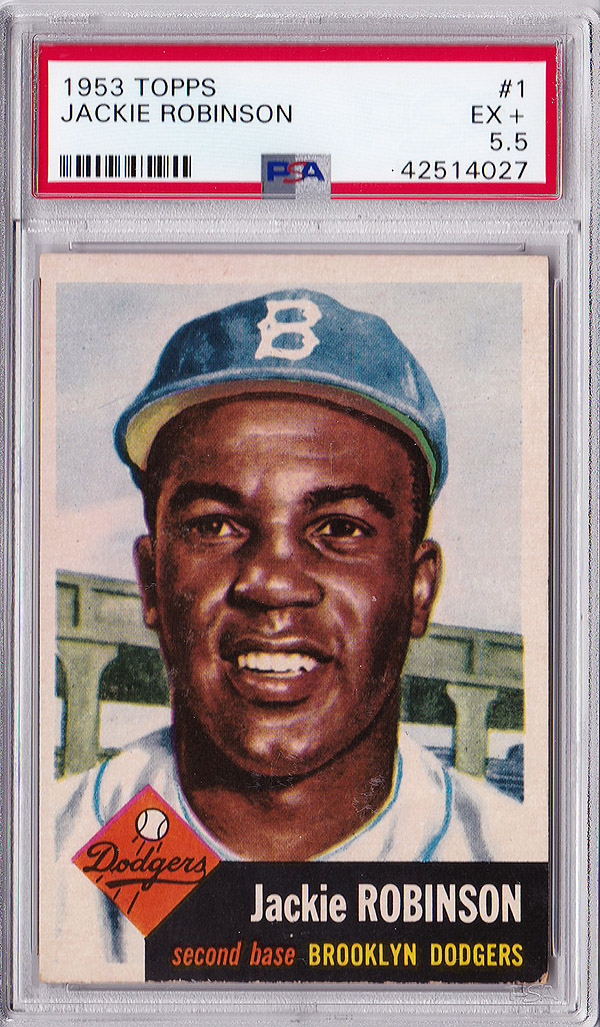 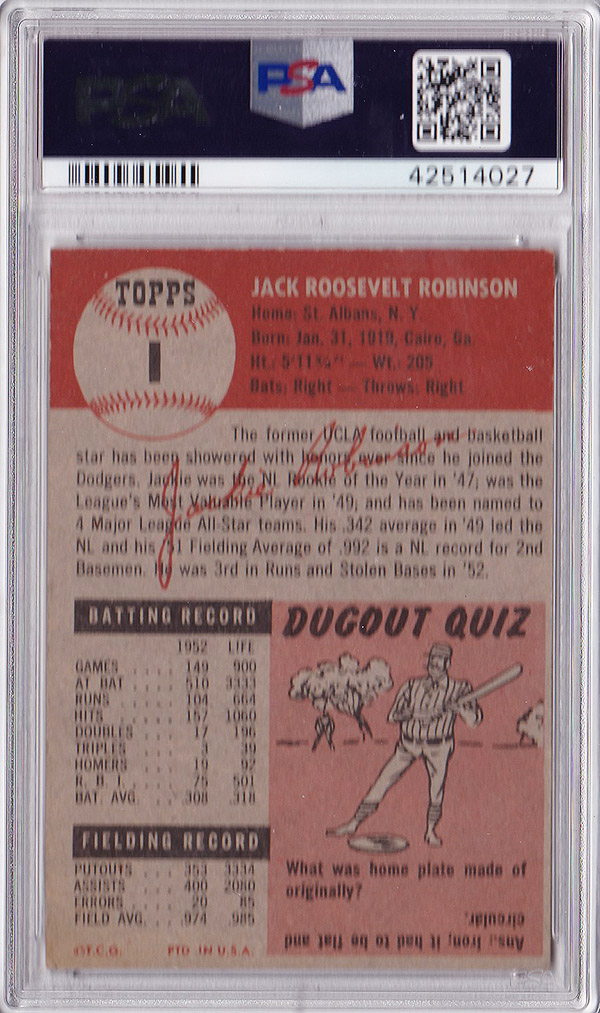 Why didn’t Mickey Mantle have a 1955 Topps baseball card?  Well, this is the reason.  He had an exclusive with Bowman, so 1954 and 1955 Bowman cards of his were the only way you could enjoy him.  This was the last year Bowman produced cards back then, so 1956 found the Mick back on a Topps card.  Fun fact:  the design shows a color television prophetically, as color tv wouldn’t come along until years later! 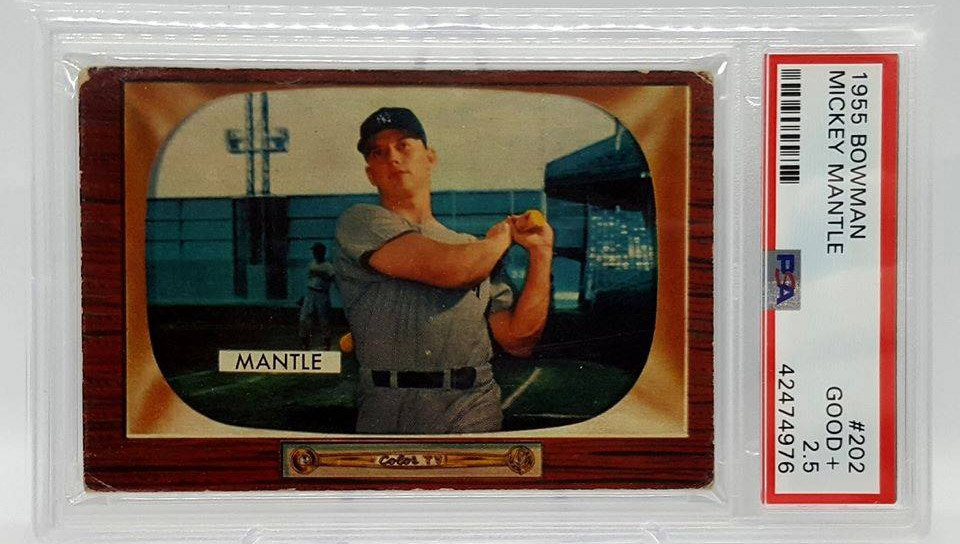 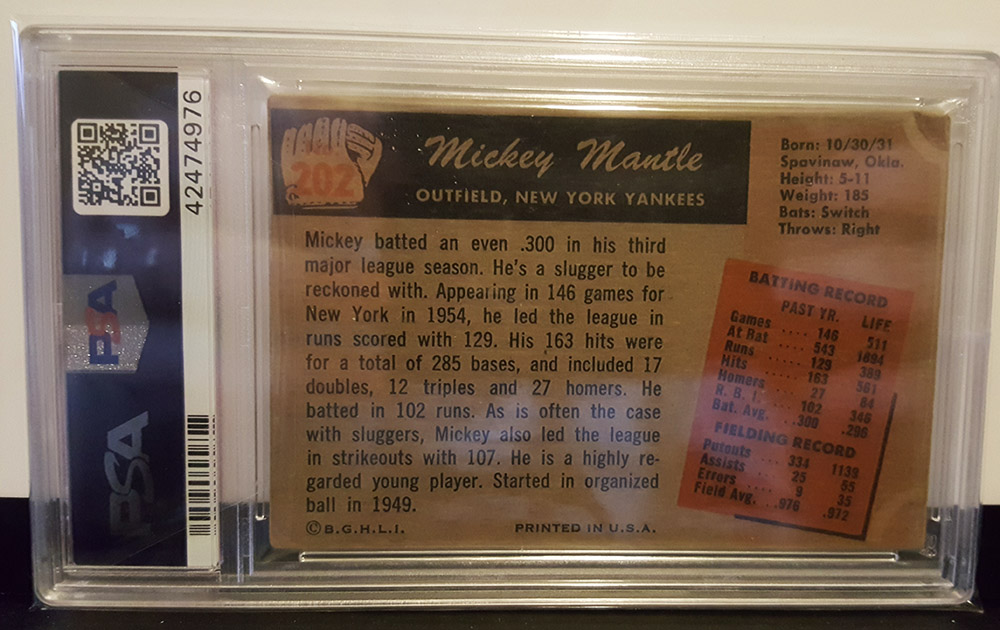 The Ryan Express – his rookie card!  This card is centered *way* better than most PSA 3s out there, and even above! 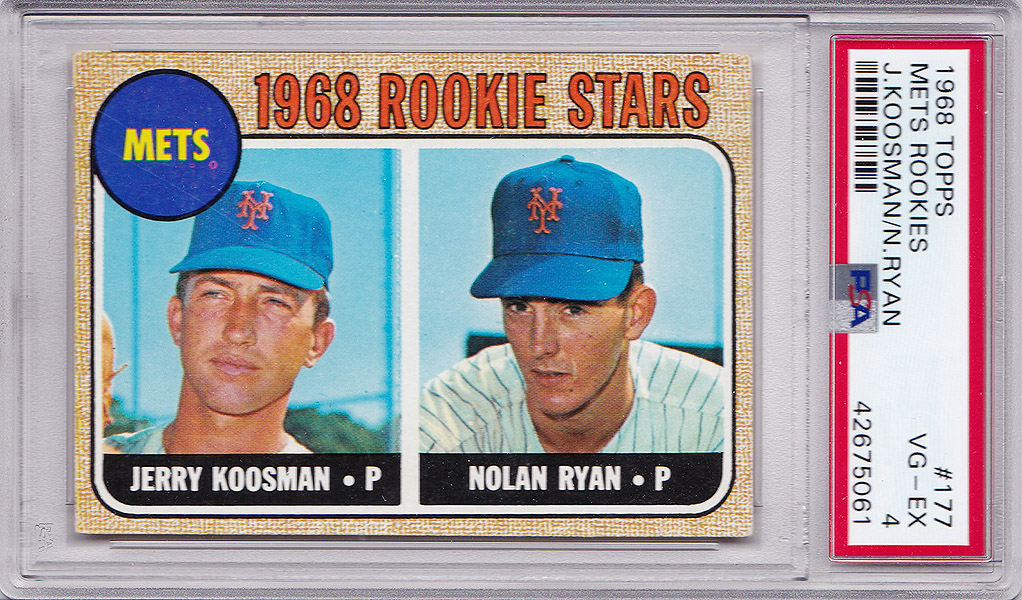 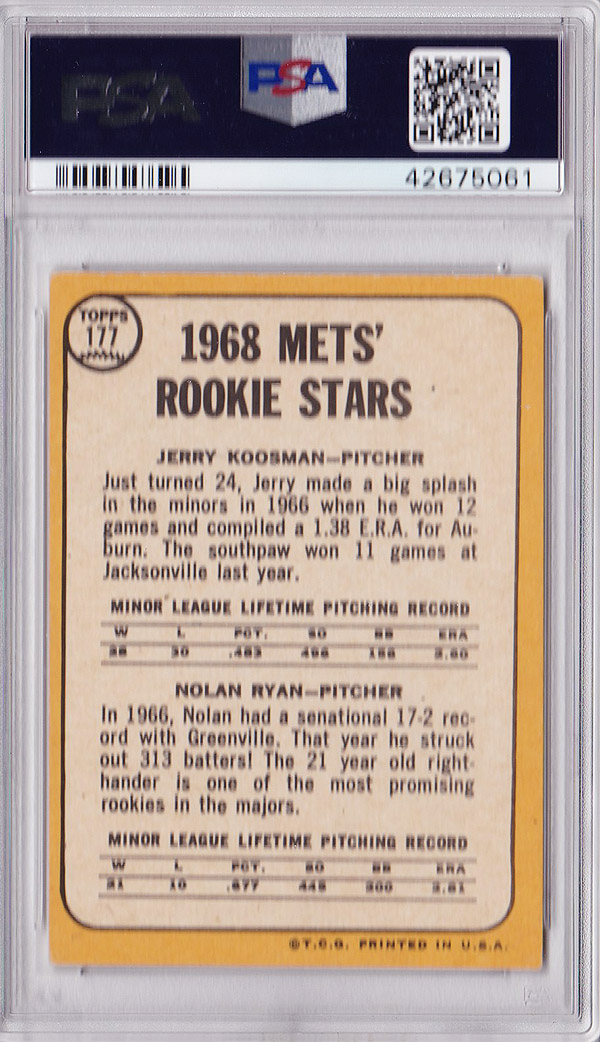 Rookie card of Mr. October himself, before the facial hair and pinstripes. 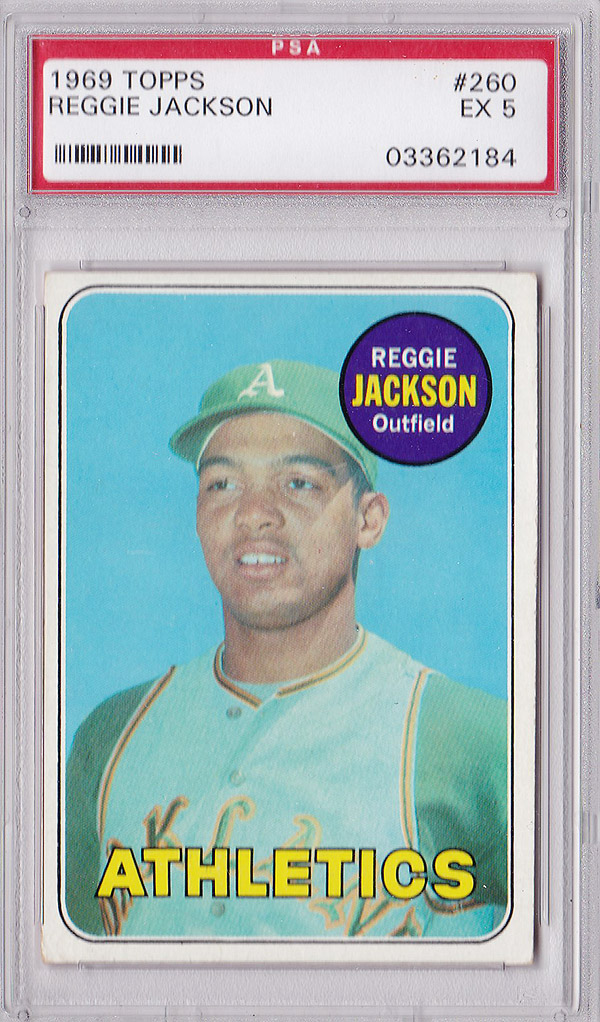 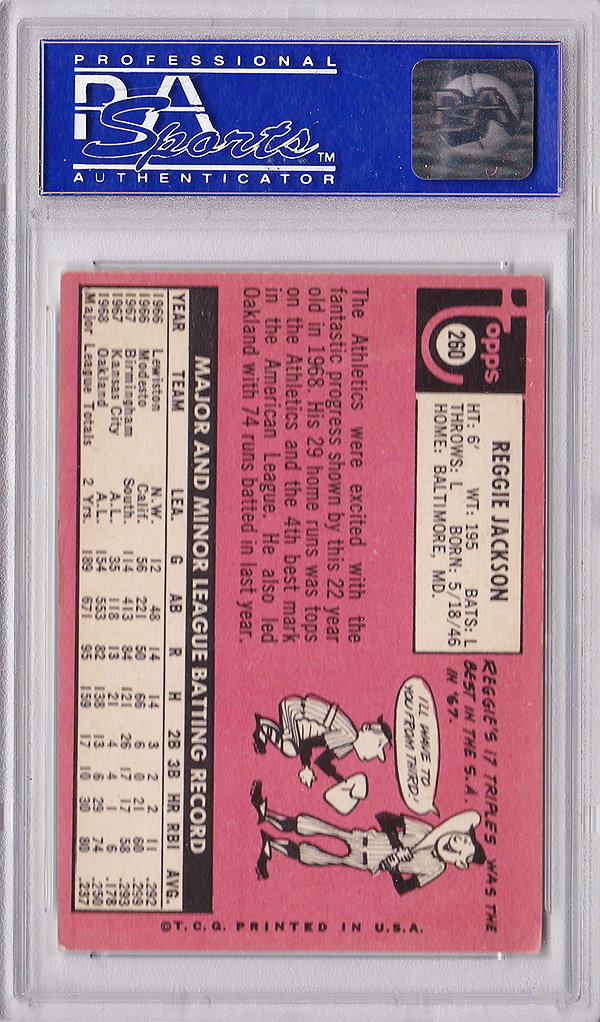