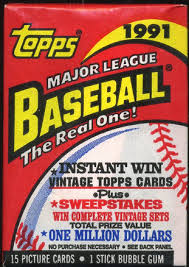 Kids and adults alike were VERY excited to get their hands on packs, boxes and cases to join the treasure hunt.  The problem?  It has been said that the buybacks fell about 1 per 24 cases, unbeknownst to us back when they came out.  Imagine opening nearly 500 boxes of 1991 Topps, and your prize is this: 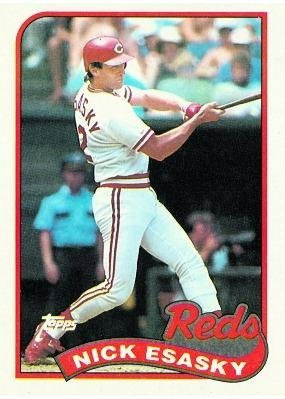 (Note: Nick Esasky is my “go to” object of wrath for some reason.  I don’t know why – I have nothing against him personally!)

Let’s say the odds are ever in your favor, and you pull something HUGE … like a 1990 Topps Frank Thomas.  If this happens to you, immediately drive to the corner store to get a lottery ticket.  You would probably jump out of your skin … yet, it would still only have been for a card worth 50 cents. 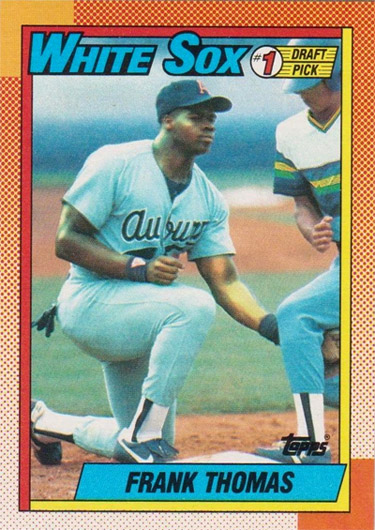 Pause:  Have you ever noticed the creepy guy without a face?  What the heck is that about?!  Forget the NNOF … the regular card is a NFOF.  No joke, I swear a similar guy was in a nightmare I had years ago that I still remember to this day. 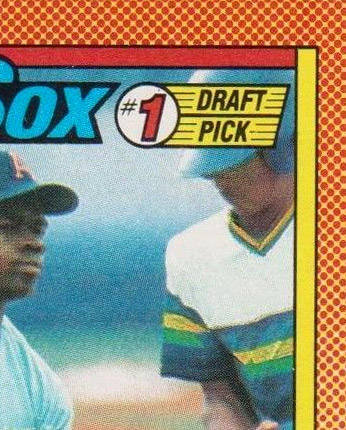 With a 1991 Topps Desert Shield PSA 10 complete set recently selling for over $100,000  it made me wonder.  How much is the mighty Topps gold foil stamper actually worth?  It was estimated that about 6,500 or so of each 1991 Topps card were stamped with the Desert Shield logo.

So, the question is this:  If Topps put one of each card in 1991 Topps packs, what would happen to the value of the key cards if they were stamped 1/1?  Yeah, I know buybacks have flooded the market recently, but this predates most (if not all) other buybacks by several years. 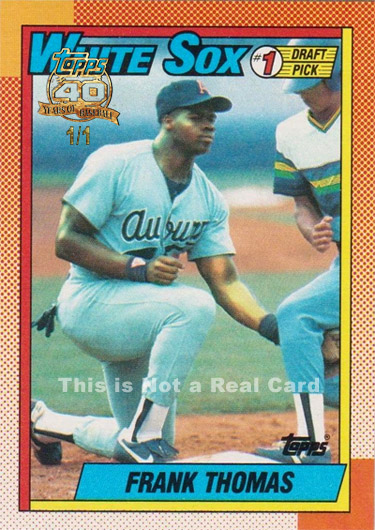 Could you imagine?  The first buybacks … stamped 1/1 … of key rookies.  How much does this 50 cent card skyrocket in value to?

What about the rookies of Rickey Henderson, Cal Ripken Jr., Bo Jackson, Tony Gwynn, Roger Clemens?  This stamped buyback would have been a different animal, because it is quite possible that many of these would not have even been pulled in our lifetime.  There are more than likely BILLIONS of 1991 Topps out there.

So, what would you speculate the pricing of some of these to be?  Did you ever pull anything from 1991 Topps or hear of anyone who did?